New experiences at SeaWorld, a focus on sports activities outside of Tampa Bay and the growth of local food are among the latest tourism draws promoted by Visit Florida this year.

Several Florida tourism partners were on hand for a media luncheon, detailing the latest developments in the state via one-on-one meetings and a Florida-themed quiz based on the destinations in attendance.

It’s the second Florida event in Toronto this year, after delegates took over part of the TTC subway system in January as part of Visit Florida’s Sunshine Line campaign to promote the sunny destination to Canadians in the depth of winter.

Florida is coming off a record tourism year, welcoming 95.8 million visitors from January to September in 2018, the largest numbers of visitors over a nine-month period in all of Florida’s history. Not surprisingly, Canadians make up a sizable percentage of those annual numbers, accounting for 3.4 million visitors in 2017.

What's new in the Sunshine State?

Here’s a look at the latest Florida offerings for Canadians: 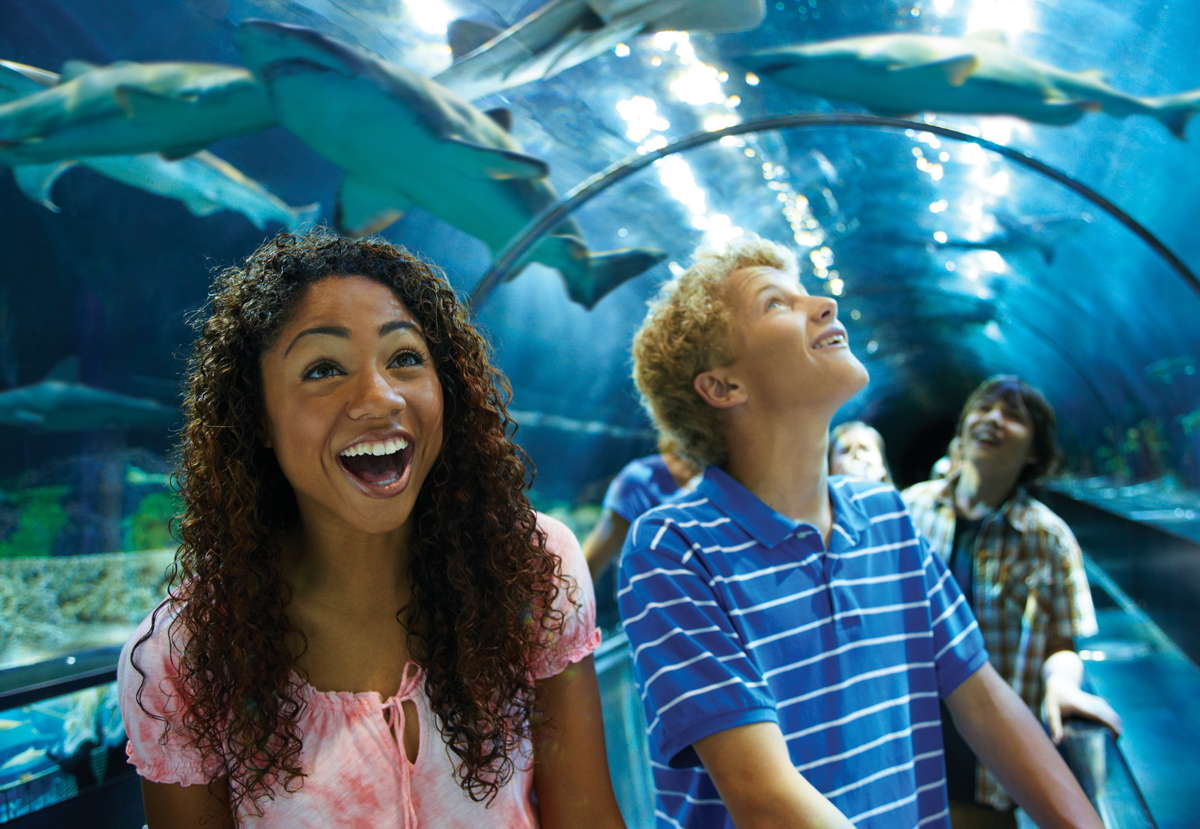 A focus on animals and the environment continues to be a core mission for SeaWorld, said Suzanne Pelisson Beasley, senior manager national publicity, SeaWorld Parks & Entertainment, as the park undertakes additional initiatives in that regard.

The elimination of single-use plastics at the company’s parks continue in 2019, with the removal of polystyrene food containers, following last year’s elimination of plastic straws.

Families living with autism will also have additional resources at SeaWorld’s Orlando parks (each designated as a Certified Autism Center), Pelisson Beasley said, with the launch of planning guides for families, which will feature details such as where to locate quiet areas in the park and advance information on rides and attractions for families to determine which are appropriate to participate in.

Located an hour north of Tampa Bay, Pasco County offers numerous sporting opportunities for the active traveller and to reflect that, Visit Pasco has rebranded as Florida’s Sports Coast.

Pasco is also known for being home to the largest hockey complex in the southeast U.S., which acted as the Olympic training center for the U.S. hockey teams participating in the 2018 Winter Olympics.

Billing itself as the Horse Capital of the World, Ocala & Marion County offers a country escape in the middle of Florida, said Ashley Dobbs, marketing & communications coordinator.

Equine enthusiasts can tour horse farms, go riding or take a horse and carriage ride through the countryside, or if the weather gets hot, it’s even possible to swim with horses at Makin’ Tracks Trail Rides.

Film fans may also be interested to know that several underwater scenes for the 1965 James Bond movie Thunderball were shot in Silver Springs (just outside of the town of Ocala), where Bond fans can take a glass-bottom boat ride in the filming location. 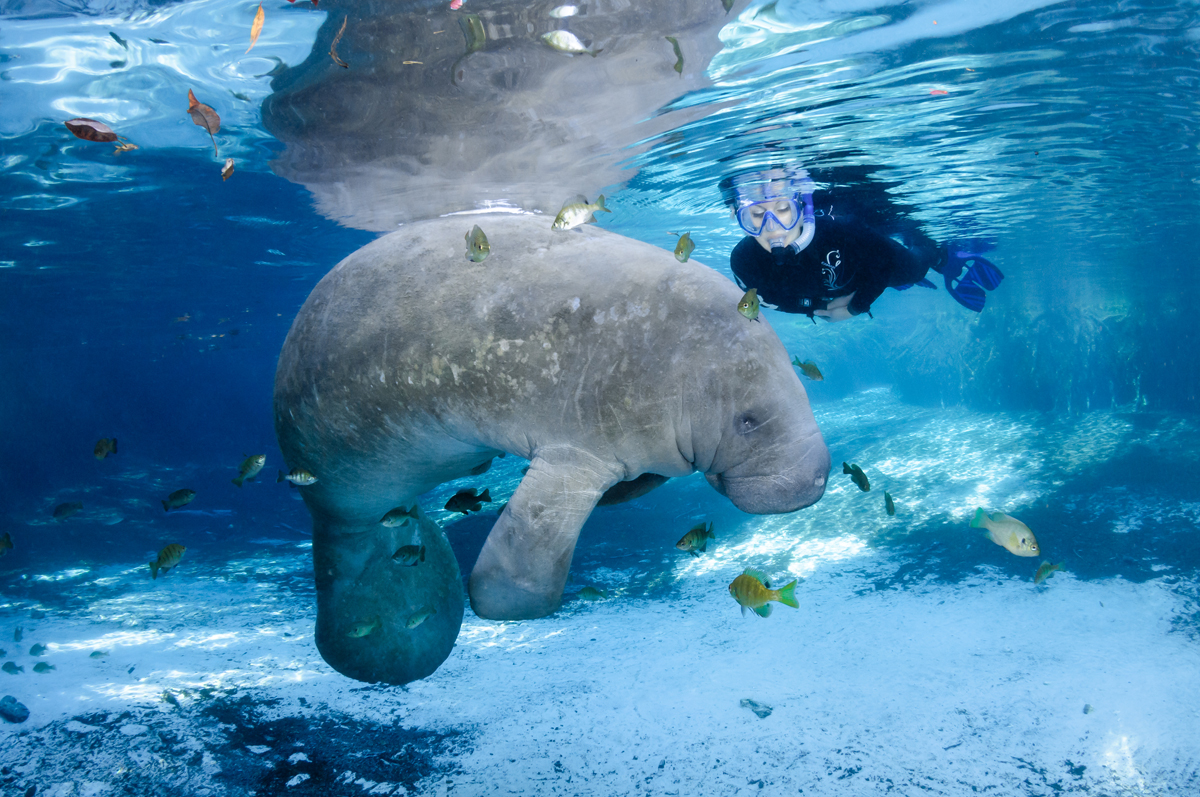 Florida is known for its manatees and in the winter months, there’s nowhere on earth with a greater number of the gentle giants than Crystal River, said Miles Saunders, media & content manager.

The only spot in the world where visitors can legally swim with manatees, the waters of Crystal River’s numerous springs boast a constant temperature which draws the animals from the Gulf of Mexico as temperatures drop each year.

In addition, guests can also kayak, paddle-board and canoe through seven rivers, a chain of fresh water lakes and an intricate world of islands, marshes, and mangroves.

While known for its beaches, there’s so much more to Pensacola, said Nicole Stacey, director of marketing & communications for Visit Pensacola, with something for every traveller from millennials to multigen family groups.

A thriving downtown and historic village offer numerous unique dining opportunities, many of which Stacey described as “Gulf coast seafood with a Southern flair;” for foodies looking for something new, many Pensacola restaurants have put lionfish on their menus, a dish that has drawn acclaim for both its flavour and contribution to removing an invasive species from local waters.

Florida’s House leaders have long been critical of Visit Florida, pointing to questionable contracts from years ago and its overall effectiveness as a marketing agency.

Reports indicate that Florida’s legislature have long wanted to eliminate the agency, until House and Senate negotiators agreed to continue its funding amidst final budget negotiations for the fiscal year.

“Everything we do brings value to the people of Florida,” Llanes told PAX. “Florida has a lot of diversity. We want to make sure everybody has that diversity.”

"The travel industry is not going to stop:" Canadian travel advisors respond to coronavirus crisis