After years of positively representing Switzerland through his sporting excellence and friendly, down-to-earth manner, tennis star Roger Federer has now become an official brand ambassador for the destination of Switzerland.

Federer has entered into a long-term cooperation with the Swiss national tourism board, Switzerland Tourism (ST), it was announced on March 29. 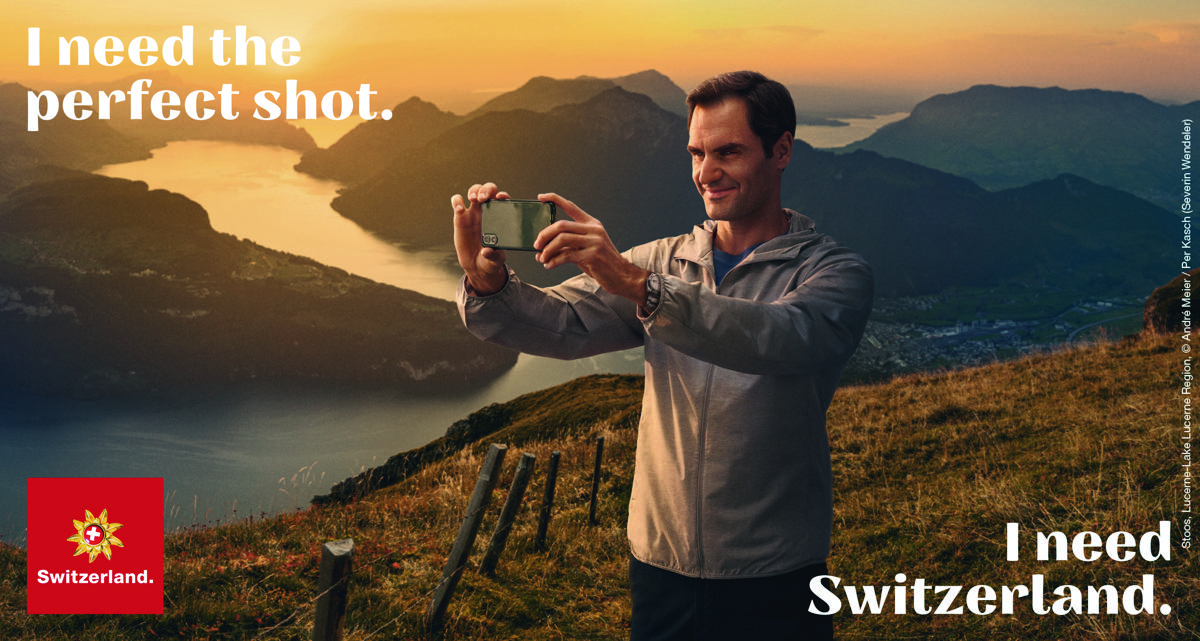 The common goal? "Attracting guests to visit Switzerland with its energizing nature," the tourism board said.

Roger Federer has been a fan favourite in Canada at his appearances in Toronto and Montreal and it is expected that future travellers will embrace his travel tips.

Roger Federer and Switzerland Tourism (ST) will together develop initiatives to promote Switzerland globally, the tourism board says, as "nobody is more equipped to do so than this iconic personality wearing the Swiss Flag."

"A logical step for me"

“This is a perfect match, because Switzerland and its unblemished nature have clearly contributed to Roger’s unprecedented career” said ST’s CEO, Martin Nydegger.

In a conversation with Mr. Nydegger, Mr. Federer said: "I have always felt, whenever I step on the court, I am representing Switzerland. Whenever it says my name, there is a Swiss flag next to it. I have been very proud to do that for the first 22 years I have been on tour, and it will always be like that. To join forces with ST now is a logical step for me."

Both are excited to start this long-term partnership.

Communication activities will begin throughout the month of April with a focus on European cities followed by the USA and Asia Pacific.

A series of visuals and short clips will showcase Roger Federer being energized by Swiss nature, ST said.

On MySwitzerland.com, guests will be able to discover Switzerland through Roger’s eyes as he presents his preferred places, Swiss highlights as well as hidden gems.

“I have been all over the world. My favourite place has always remained Switzerland. It’s the country I miss the most, when I’m travelling” Federer said.

The stage is set

“Switzerland Tourism and Roger Federer share countless values. Establishing this partnership is a unique opportunity and of great importance to us."

"Making a difference while recovering from the challenges of the past months and beyond will be a journey with numerous highlights," added Mr. Nydegger.

Roger Federer is highly motivated to support his home country and he will do it for a charitable cause, ST said.

The compensation for his appearances as new ambassador for ST goes to the Roger Federer Foundation supporting disadvantaged children in Switzerland.

The stage is set – "Switzerland Tourism and Roger are ready to officially become partners," ST said.