“Travel advisors are the original influencers,” said Tracy Vaughan, senior vice-president of tourism and travel industry sales at the Greater Fort Lauderdale Convention and Visitors Bureau. “More and more travellers are leaning on them for their expertise.”

It was with that sentiment in mind that Florida-based travel pros casted a little sunshine on Toronto last night (Nov. 20) and hosted a cocktail soiree to update the Canadian market on the southeastern coastal region's latest and greatest.

The event, held in the Storys Building in downtown Toronto, was joined by five partners from the Greater Fort Lauderdale area: Margaritaville Hollywood Beach, Double Tree by Hilton/Hyde Hollywood Beach, the city of Pompano Beach, Bonaventure Resort & Spa, as well as a special guest “storyteller” from Sawgrass Recreation Park.

The night’s message: Fort Lauderdale and its surrounding neighbourhoods has an amazing 38 kilometres of beachfront, but the region of 31 municipalities is much more than that.

“We’re more than just the traditional beach,” Vaughan told PAX, noting the range of cultural activities one can pursue when visiting the sun-kissed destination.

Each village in the Fort Lauderdale area “all have different vibes,” Vaughan said. “You can really feel like a local and enjoy each neighbourhood.” 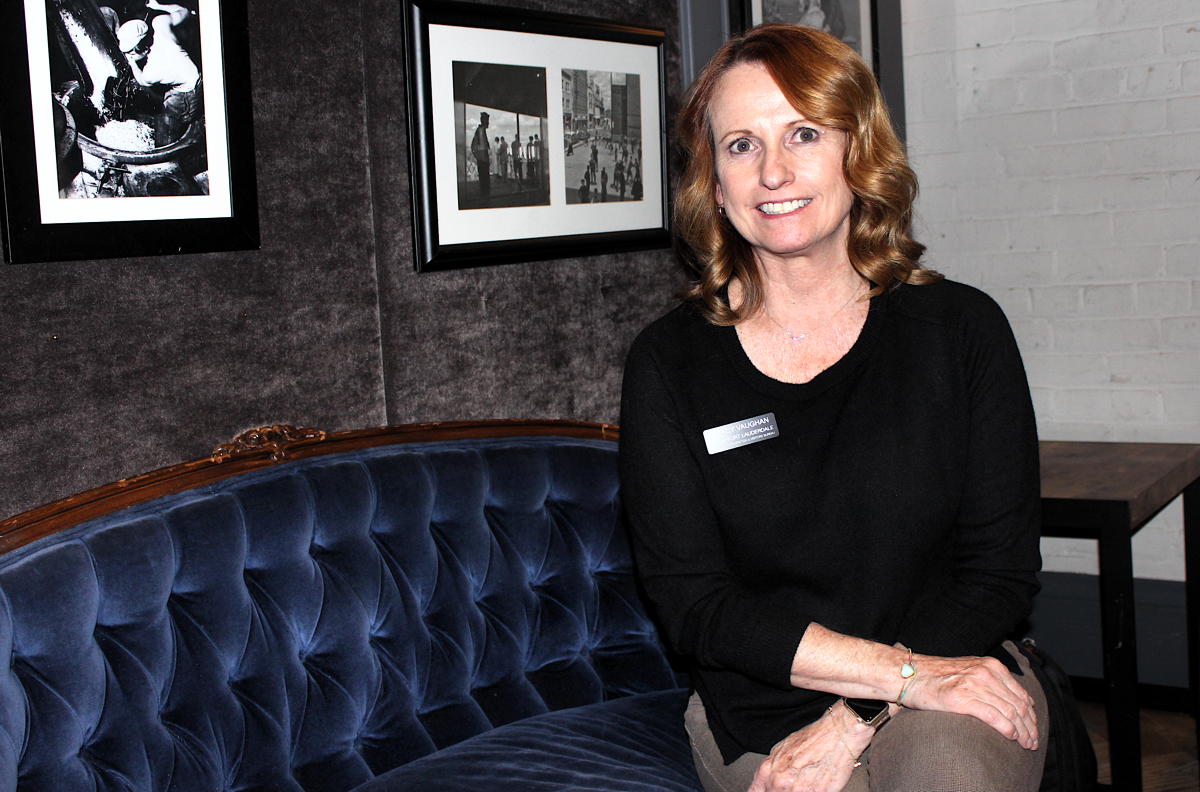 F.A.T. Village Arts District, for one, is a leading attraction in Fort Lauderdale for art-lovers that hosts an open-door art crawl on the last Saturday of every month.

The walkable neighbourhood – comparable to Miami’s Wynwood Walls (but unique in its own right) – is full of artists’ warehouses, open galleries, graffiti installations, artisan goods, local food and live music.

The Broward Center for the Performing Arts is another gem. The multi-venue theatre space, which hosts a line-up of Broadway shows, sits right on one of Fort Lauderdale’s many waterways.

“Some people come by boat because it literally sits on a river. It’s very beautiful,” Vaughan said.

Fort Lauderdale is known for its vast network of canals – there are 266 kilometres of waterways within the city limits alone. Complimented by the adjacent Atlantic Ocean, water-based activities, such as deep-sea fishing, jet skiing and paddle boarding, are easy-to-do excursions.

That's just one of many points the CVB wants sun-seeking Canadians to keep top of mind.

“Canada is our number one international provider of travellers,” Vaughan said, noting the 725,000 seats that fly from Canada into Fort Lauderdale–Hollywood International Airport annually.

What’s interesting about that number is that 83 per cent of passengers, from all airlines, who fly into Fort Lauderdale are staying in Fort Lauderdale or sailing onwards, Vaughan said.

A pre and post-cruise playground

The influence of Fort Lauderdale’s cruise market is definitely worth noting.

Port Everglades, the region’s local seaport, is a bustling hub for inbound and outbound cruisers, attracting some 3.7 million vacationers annually.

Booking pre and post-cruise excursions in Fort Lauderdale is an excellent way that travel agents can enhance their cruise clients' experience, Vaughan explained.

“We certainly encourage people to come a day or two day before their cruise,” Vaughan said.

A popular pastime for cruising crowds is paying a visit to Sawgrass Mills, a massive outlet shopping in Sunrise, a nearby community in Broward County, Vaughan said.

Las Olas Boulevard is a popular strip in downtown Fort Lauderdale, too, known for its bopping brunch spots and local shops.

The diversity of Fort Lauderdale is what makes the city, and its surrounding neighbourhoods, so unique, said Tim Schwartzman, general manager and animal specialist at Sawgrass Recreation Park, a family-owned tour company that offers airboat rides through the swamps and wetlands of Florida’s famous Everglades National Park.

“In one day, you can be scuba diving, deep sea fishing, laying on a beach, gambling at a casino, watching a hockey game – the Florida Panthers are right there – and taking an airboat ride through the Everglades,” Schwartzman told PAX. “There’s so many activates, all within minutes of each other.”

As the night’s designated “storyteller,” Schwartzman, who was born and raised in Fort Lauderdale, knows what he speaks, and emphasizes that two-thirds of the surrounding region back home is natural space. 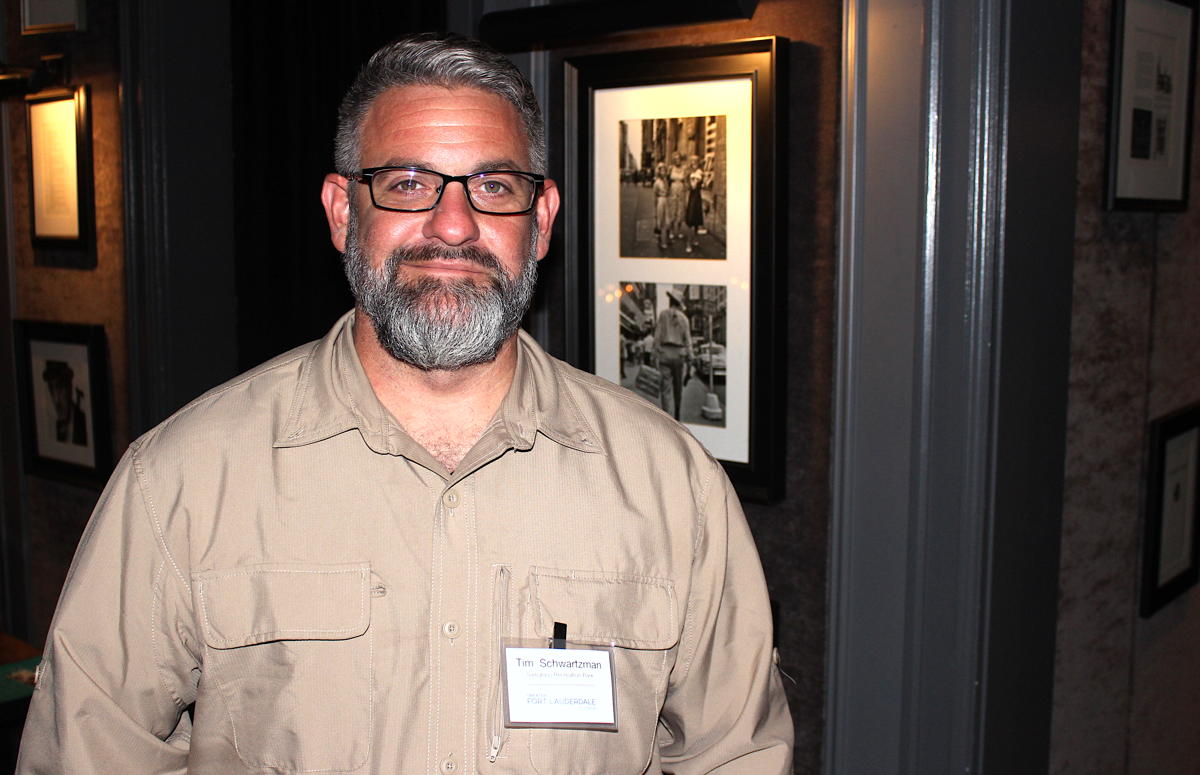 His family’s business, Sawgrass Recreation Park, is a gateway into some of Fort Lauderdale’s prized ecology, offering not only tours of the wetlands, but also close-encounters with local exotic wildlife, such as pythons, turtles and alligators, all at its very own animal zoo sanctuary.

Schwartzman urges visitors to take time to discover Greater Fort Lauderdale’s “wild side,” and try the local cuisine, which has evolved into a melting pot of Asian, Floridian, Cuban,  and South American flavours, he said.

“The food is ridiculous,” Schwartzman beamed.

Travel agents are urged to become a specialist in selling Greater Fort Lauderdale by registering for the destination’s online training academy here.

“We’ve been a big proponent of the travel agent community for a long time,” Vaughan added. “I credit Fort Lauderdale for staying in that business and never giving that up.”