Tokyo shows its variety in Toronto

Tokyo Tourism joined TMAC Ontario at Toronto’s Ki restaurant last night (Jan. 23) to showcase the best of what the city has to offer, with guests taking in a presentation from travel writer Steve Gillick before sampling sake and authentic Japanese delicacies.

For Shin Kawai, director, Tokyo Tourism representative, the evening provided an opportune occasion for the travel community to get a better feel for the ample variety of experiences on offer in Tokyo.

“We wanted to tell [the travel industry] that Tokyo is not just about hustle and bustle, and crazy nightlife,” he told PAX. “At the same time, we do have a very rich nature.”

That range of experiences available in Tokyo was emphasized by Gillick, whose presentation highlighted offerings such as the Asakusa Culture and Tourism Center and the towering Tokyo Skytree, Japan’s tallest structure.

The popular Edo-Tokyo museum will reopen this March, while the Ameyoko Market features a wide array of culinary fare. Such is the diversity on offer in Tokyo, Gillick noted, that the city is best viewed as a cluster of tiny villages, instead of one sprawling metropolis.

Kawai also noted Tokyo’s emerging reputation as an affordable destination. “You can get an excellent lunch for about $10 or so,” he commented. “Japanese people have a very high standard, and nothing less than excellent food is accepted there. The food is very inexpensive, [and] you can stay in a very nice hotel for about $100, $120 – you would be surprised.”

There’s plenty on the horizon for Tokyo Tourism, with the city preparing to welcome the world for the 2020 Olympic and Paralympic Games, while it’s also set to host the 2019 Rugby World Cup – events that Kawai believes will spur continued strong growth for travel between Canada and Japan.

“It’s been the trend that every year, we’re increasing visitors from Canada [by] double digits,” he remarked. “Last year it was a 12 per cent increase, and the year before, it was more than 20 per cent. It’s been growing very strongly – I think the trend will continue.”

In Canada, the organization is readying for the Japan Festival, a yearly event that will take place Aug. 25-26, 2018 at Mississauga Celebration Square. “[The festival] was very successful last year,” Kawai noted. “We had 70,000 people visiting. We will be participating in that to commemorate the 90th anniversary of the diplomatic relationship between Japan and Canada.”

For travel agents, there’s "a lot of opportunities in Japan,"" says Kawai, particularly given the potential for highly-customizable journeys from its capital city. “Tokyo is a gateway,” he said. “You have to include Tokyo in any trip.

“For first-timers, a typical trip begins from Tokyo and then goes all the way to Kyoto. That is called the Golden Route – it’s the most popular one. Some people extend that tour to Hiroshima.

"What I like to emphasize is this: if you are going to Japan, Tokyo alone is not enough. You have to combine the very interesting, sometimes crazy city, with a more traditional lifestyle of Japan – culture and festivals. Then, your experience of Japan will be complete.”

Further information is available at www.gotokyo.org/en. 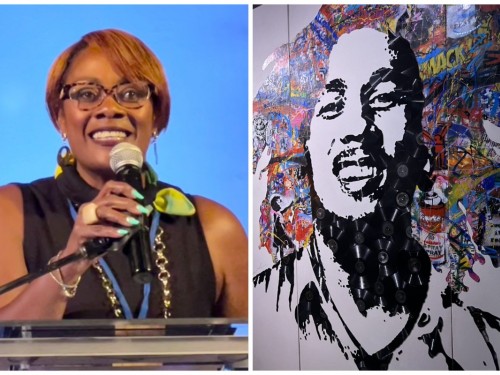