It was a meeting of the travel minds.

Tour operators from Canada and the United States descended upon the tropical island of Saint Lucia last week (July 22-26) to meet with local hoteliers and attractions as part of the island’s seventh annual North America Showcase.

The event, hosted by the Saint Lucia Tourism Authority (SLTA), gave nearly 100 travel professionals an opportunity to drum up new business and experience the culture-rich island, which is in the midst of unrolling major tourism upgrades to meet market demands. 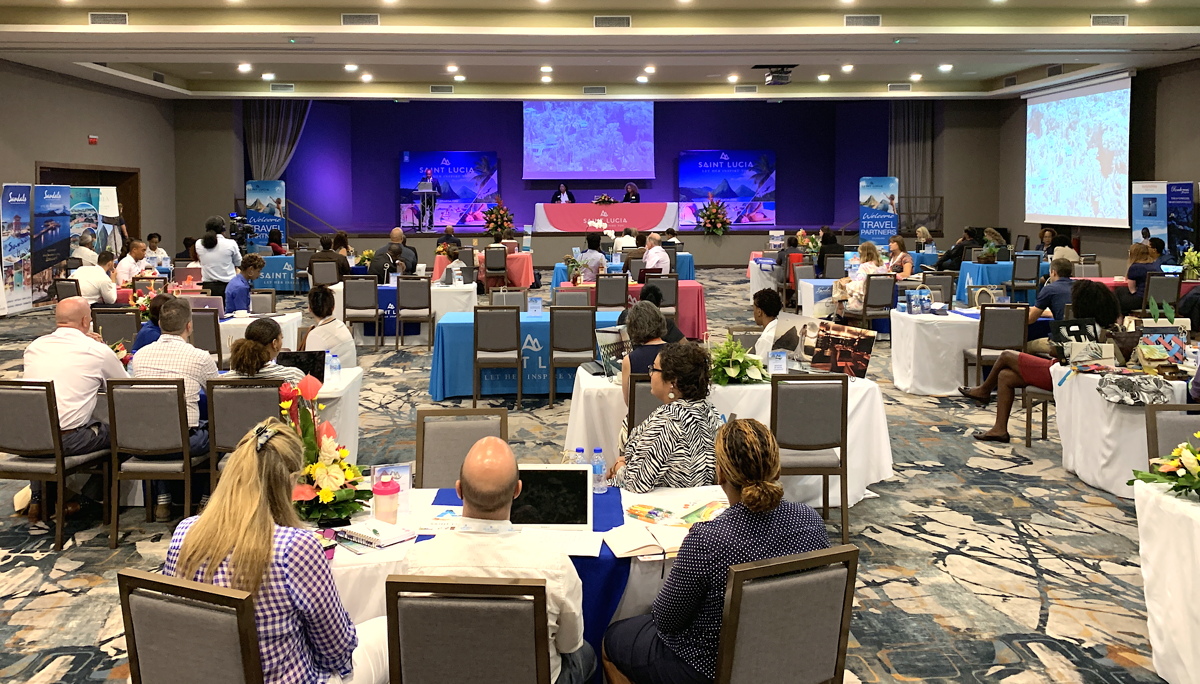 “Today’s travellers are changing,” the Hon. Dominic Fedee, Minister of Tourism, Information and Broadcasting, Culture and Creative Industries for Saint Lucia, told PAX last Wednesday (July 24) at the Royalton Saint Lucia Resort and Spa, where the week’s trade show unfolded. “Their demands are changing, their needs and wants are changing.”

In his opening remarks to the delegation, Fedee outlined key projects currently underway in Saint Lucia, such as the completion of a $289 million USD main water catchment system that serves the north side of the island where many hotels are located.

As part of the OECS Regional Tourism Competitiveness Project, the island also has plans to “beef up” the façade of downtown Castries, home to Saint Lucia’s main cruise port.

“Construction has begun to ensure that the whole centrepiece of Castries and general harbour looks extremely good,” Fedee explained. 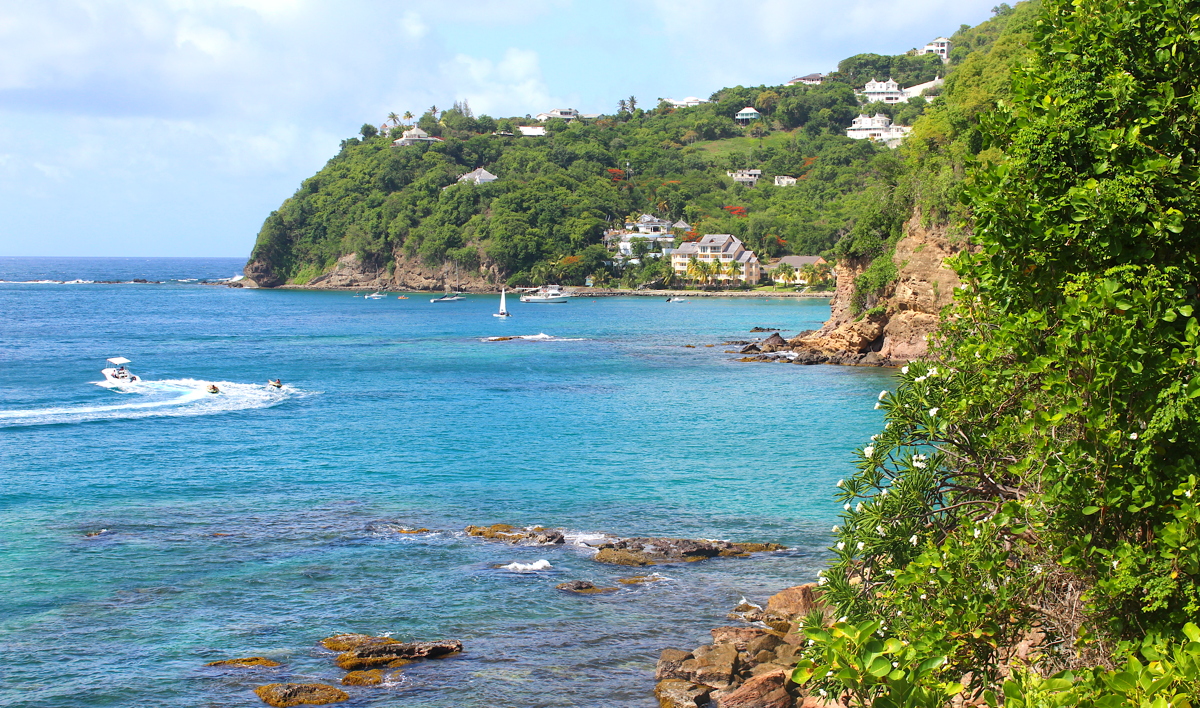 The Government of Saint Lucia is also looking at building a second cruise port in the town of Vieux Fort on the south side of the island. Carnival Cruise Line has participated in preliminary discussions, though an actual partnership has yet to be confirmed.

“The ships are getting bigger and that places significant demand on the infrastructure we would need to do for cruise tourism,” Fedee said.

Vieux Fort is home to Hewanorra International Airport, the larger of two island airports and main international gateway, which is also undergoing a $175 million facelift.

The reno, much of it financed by a loan from Taiwan, is slated for completion near the end of 2020, and will see a new air traffic control tower, five new parking aprons with connecting air bridges, new roads and a traffic management system. 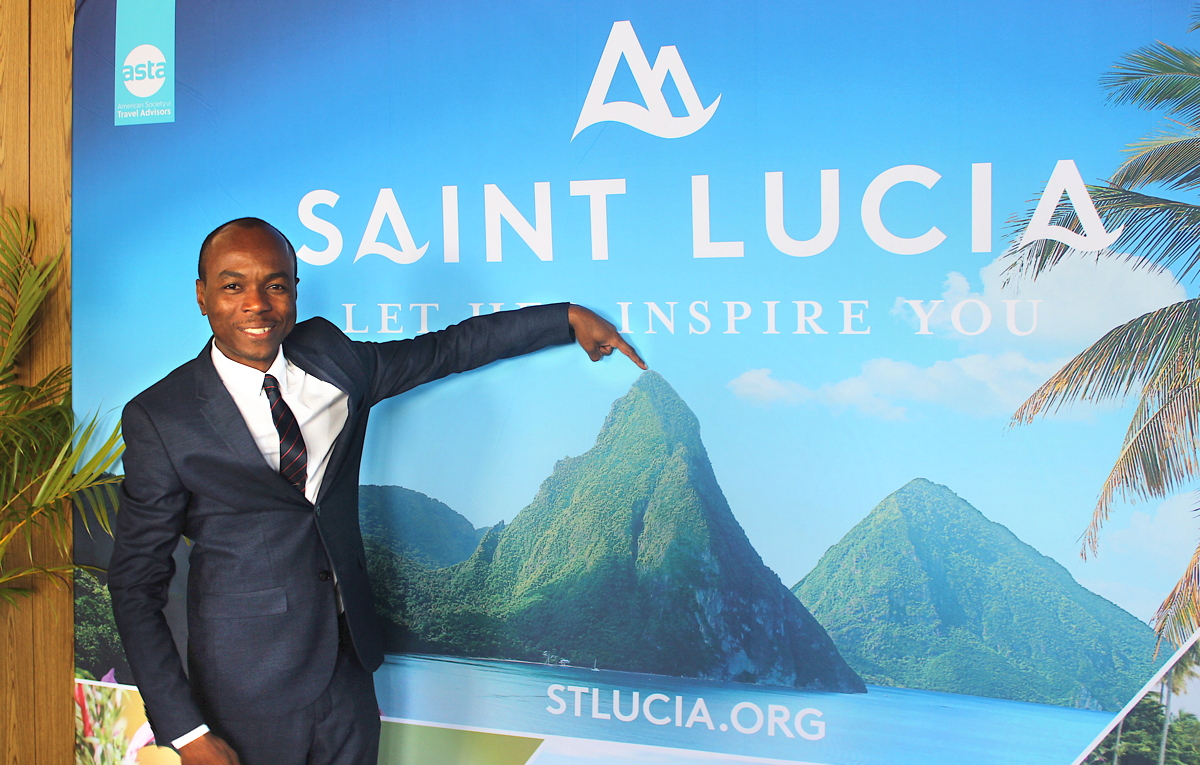 On top of all this, Saint Lucia is expanding its road network to make it “easier to reach the volcano, the Pitons [one Saint Lucia’s geological wonders], and main attractions,” Fedee said.

Saint Lucia also plans to add another 2,500 rooms over next ten years, the Minister noted.

The week's Showcase included a dinner gala at Sandals Grande St. Lucian, where the island's 2018-2019 top achievers were announced.

On the Canadian front, Sunwing Vacations was recognized as the Best Tour Operator for Community Outreach and Air Canada Vacations (along with Expedia) was awarded Tour Operator with the Best Use of Social Media.

Born of volcanic origin, Saint Lucia is one of the Windward Islands of the West Indies Lesser Antilles. The lush and mountainous land mass is just 43 kilometres long and 22 kilometres wide and sits halfway down the Eastern Caribbean archipelago.

According to Fedee, roughly 185,000 out of Saint Lucia’s 396,000 annual visitors are from the United States – a market that, he says, continues to show steady growth.

Based on statistics published by the Conference Board of Canada, 40,213 Canadians visited Saint Lucia in 2018, which reflects a decline from previous years.

“We have restructured our marketing efforts. We’re putting more money into direct consumer spend [while] trying to ensure we bring more visibility [to the] brand,” Fedee told PAX.

Saint Lucia, though organized for all budget types, has transitioned many of its assets into high-end products, Fedee said, noting how vacationing Canadians are traditionally drawn to more affordable destinations.

Year-round lift is a factor, too.

“The challenge is trying to convince [Canadians] to come in the summer [which is when] the airlift traditionally falls off,” Fedee said. “Accessibility is a big challenge. It’s the norm.”

The winter schedule begins in November/December. Then, WestJet will fly twice a week on Sundays and Thursdays; Air Canada will fly daily beginning in December.

Sunwing will resume weekly flights on Saturdays from Toronto from November to April and from Montreal from Dec. 14th to March 21st. 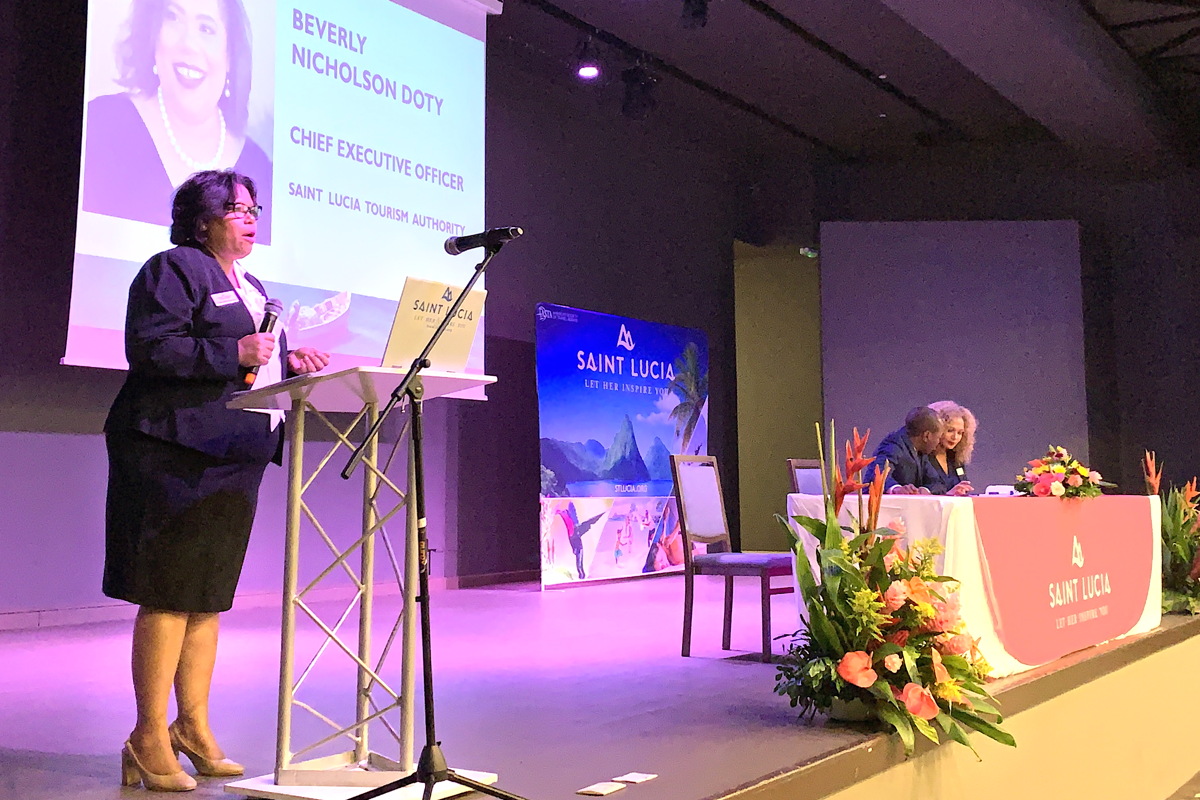 “Wellness is an area where we see an opportunity for growth,” she said. “Saint Lucia has natural assets that tie into that market.”

Fedee echoed that sentiment, noting the topography of Saint Lucia and how it lends itself to fitness and wellness retreats.

Hotels and companies in Saint Lucia are developing their own one-of-a-kind spa products, too, he said.

According to Nicholson-Doty, boosting tourism is about targeting people’s passions.

“People will spend based on their passion, and so it’s about identifying those areas,” she said. “It may be having that experience in a fishing or farming village, where they’re willing to spend more, or spend differently. It’s about finding that sweet spot.”

One way Saint Lucia is curating authentic experiences for travellers is through its new Village Tourism initiative, which aims to develop local communities into tourism destinations by showcasing their culture, heritage and history. 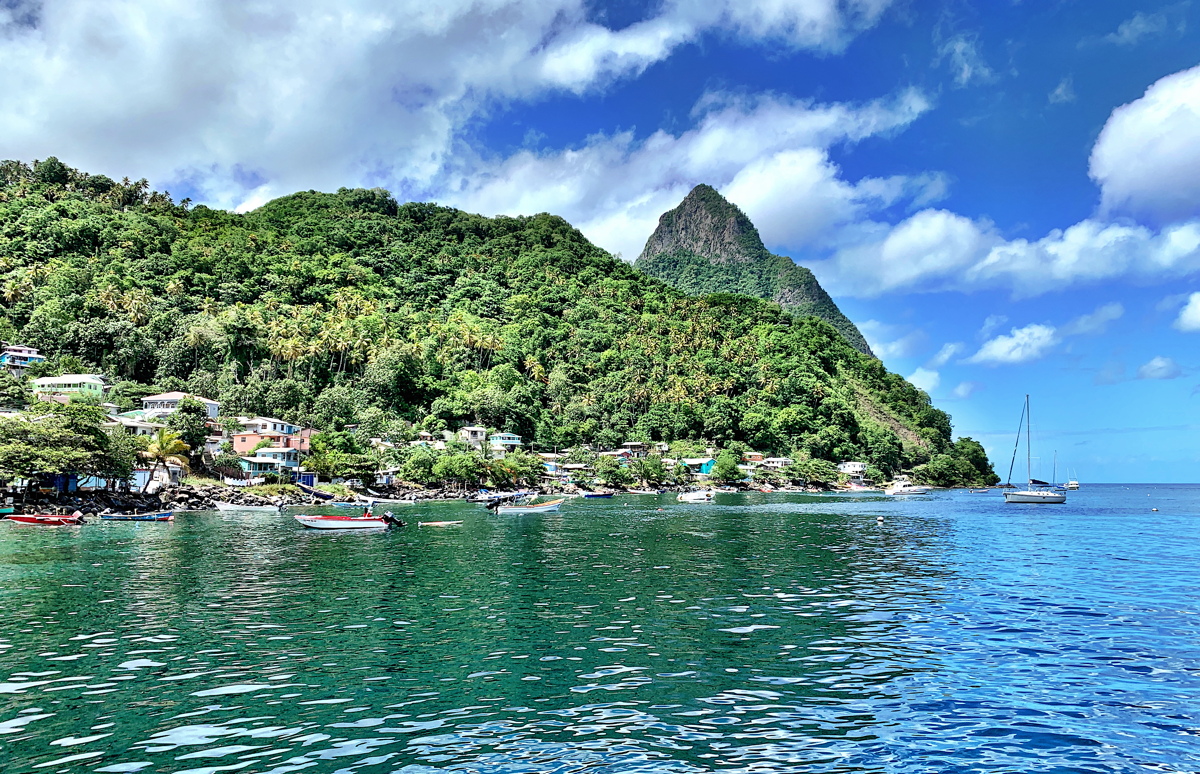 The idea, over the next five years, is to build on each region’s art, music, food, craft, storytelling, dance and folk traditions, and provide greater economic welfare for the communities.

“Tourism works best when it’s spread across your entire population,” Nicholson-Doty said, noting how the project will give visitors opportunities to cover more ground while visiting Saint Lucia.

Not just sand, sun and sea

“We’re not your common destination,” Rod Hanna, director of sales for Canada at the Saint Lucia Tourism Authority, told PAX.  “Going out and immersing yourself into the culture and with the people is our richest asset.”

PAX had an opportunity to join Hanna on a variety of excursions around the idyllic, mango-shaped island, which Hanna describes as “very safe,” “Zika-free for over a year now,” and an award-winning honeymoon and romance destination for the world.

Packed with luxurious resorts and boutique lodging, Saint Lucia is a Virtuoso-approved destination, which “speaks to the quality of service and food,” Hanna noted.

The Pitons, two peaks named Gros Piton and Petit Piton, is one of Saint Lucia’s most popular assets.

The famous peaks can be viewed from many points, from a chartered boat off the coast of charming Soufrière to Tet Paul Nature Trail, a magical hillside climb that leads to sky-high lookouts via an upward path of steps called “Stairway To Heaven.”

For us, that included visits to Pigeon Island National Park (a must-do nature climb alongside 18th-century forts and abandoned military buildings) and Rodney Bay (home to a row of must-eat restaurants); a thrilling Segway ride to the top of rugged Mount Pimard, snorkeling in a coral-rich preserve at Anse Chastanet and bathing in steaming-hot volcanic mud at Sulphur Springs, the “world’s only drive-in volcano.” 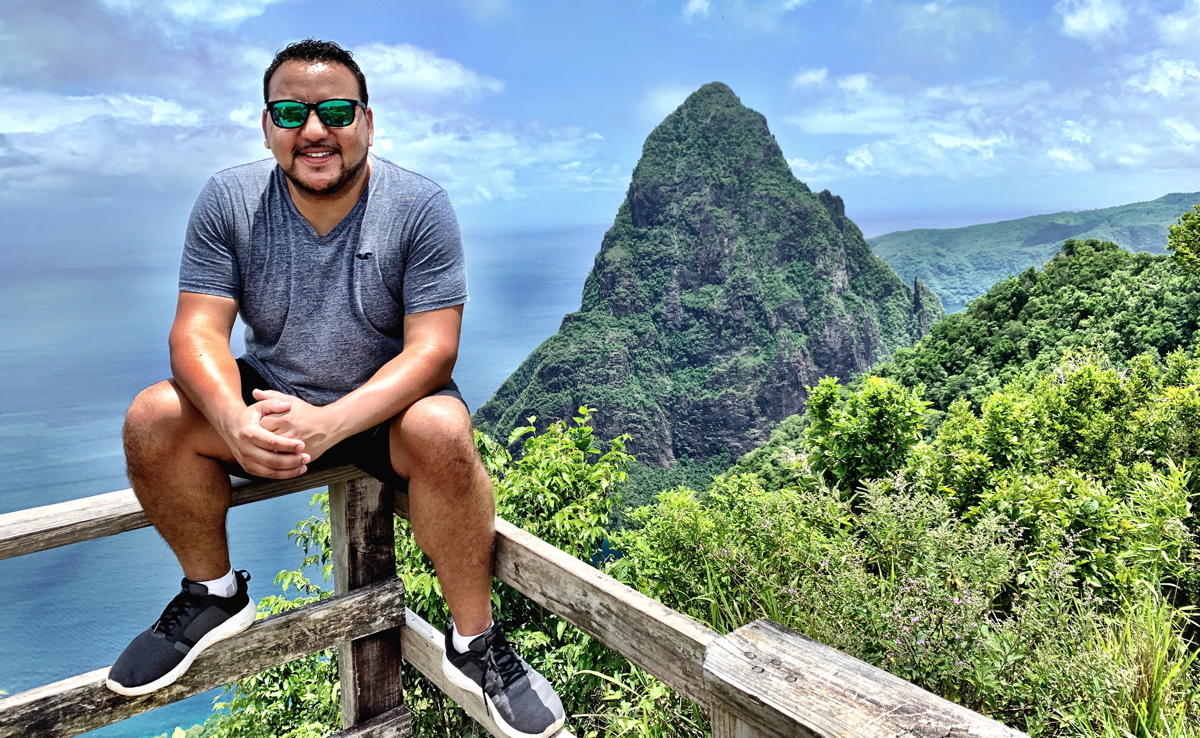 “There is a natural, authentic experience in Saint Lucia that’s just not measurable by any standards,” Nicholson-Doty told PAX. “Saint Lucia provides this incredible opportunity for the traveller – a sophisticated [and] experienced individual [who] wants to have a deeper dive into a destination.”