That was the message NYC & Company, the city's marketing arm, shared with more than 200 journalists on Wednesday (April 21) at a virtual press conference called “NYC Reawakens,” a new initiative that signals the city’s reopening and comeback.

A destination that was once the epicentre for U.S. coronavirus cases, The Big Apple is starting to see the “real world” effects of COVID-19 vaccinations – as NYC Health Commissioner Dr. Dave Choskhi recently put it – as virus-related hospitalizations are now cut in half among older New Yorkers.

Backed by city data showing that daily case counts of COVID-19 are ticking downwards, New York City, despite ongoing challenges, is gearing up to welcome back tourists with excitement and optimism. 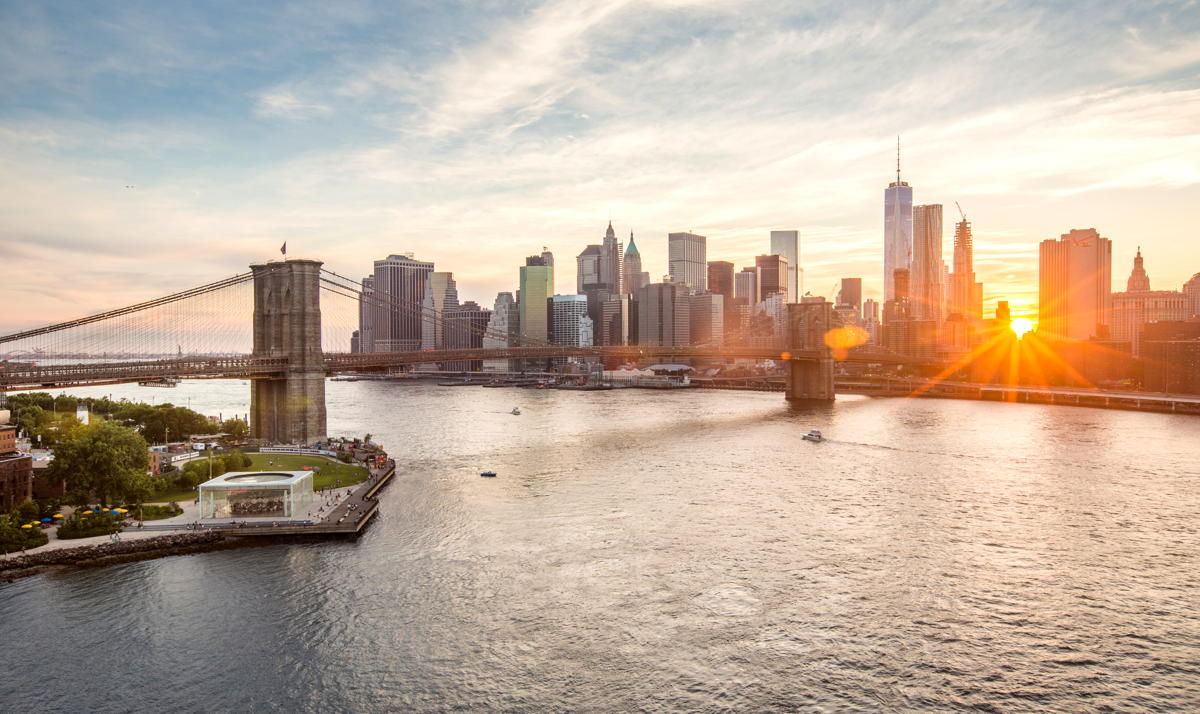 “It’s been a very long road for all of us, without question, and we have a lot of road to traverse still, but here in New York City we are beginning to see a recovery take shape,” said Fred Dixon, president and CEO at NYC & Company.

Half of all New Yorkers (and half of all Americans) now have at least one dose of a COVID-19 vaccine, Dixon pointed out.

“While we’re seeing the ship turn, we recognize there is still a lot to be done and we acknowledge that many are struggling and experience difficult suffering still,” Dixon said.

That being said, NYC is launching a $30 million-dollar tourism campaign in late spring – its largest ever – that “will draw visitors back to the greatest city in the world,” Dixon said. 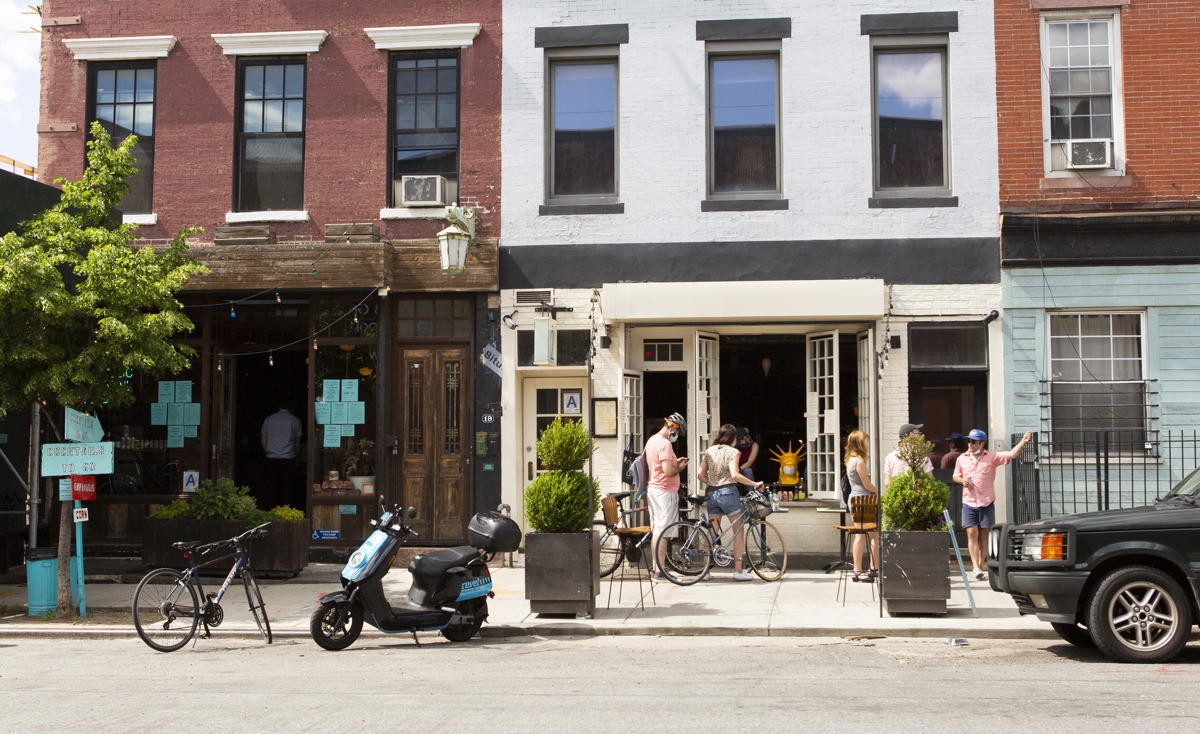 “The message is that the city – all five boroughs – are open, vibrant and ready to safely welcome back visitors and business events,” Dixon explained, noting that complete details about NYC Reawakens (which is not the actual name of the campaign) are coming soon.

Initial efforts will focus on domestic travel, Dixon said, and then target international travel as countries reopen while eyeing leisure, meetings and events and business markets.

The Wall Street Journal reports that the multimillion-dollar plan is being funded by federal stimulus money. 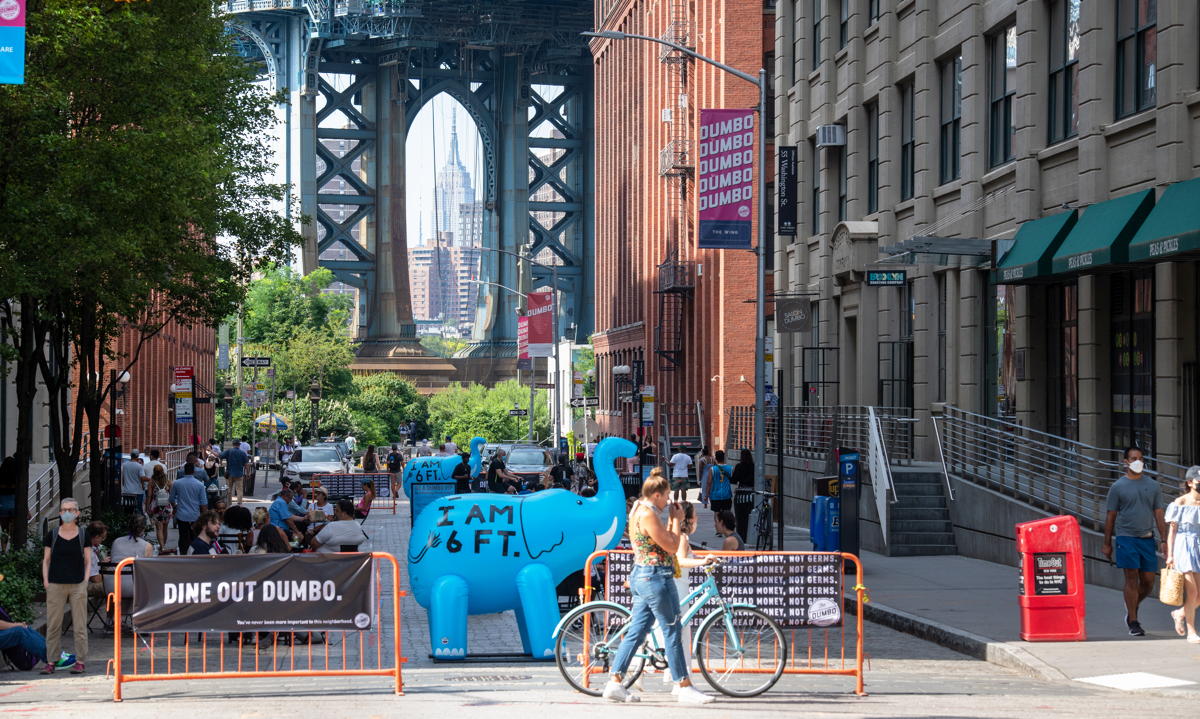 In addition to this, NYC & Company has launched a separate campaign called “Wish You Were Here in NYC”, encouraging New Yorkers to inspire friends and family to visit New York with a personalized email invitation through NYCgo.com.

“If there’s one city that’s important in travel in the United States, it’s New York City. Let’s face it,” said Roger Dow, president and CEO of the U.S. Travel Association, who made a cameo at Wednesday’s briefing.

“Travel and tourism, especially in New York City, is a coiled spring. It comes back faster than anyone expects,” Dow said, citing the city’s speedy recovery after events like 9/11 and the 2008 financial crisis.

“Nothing can keep New York City down." 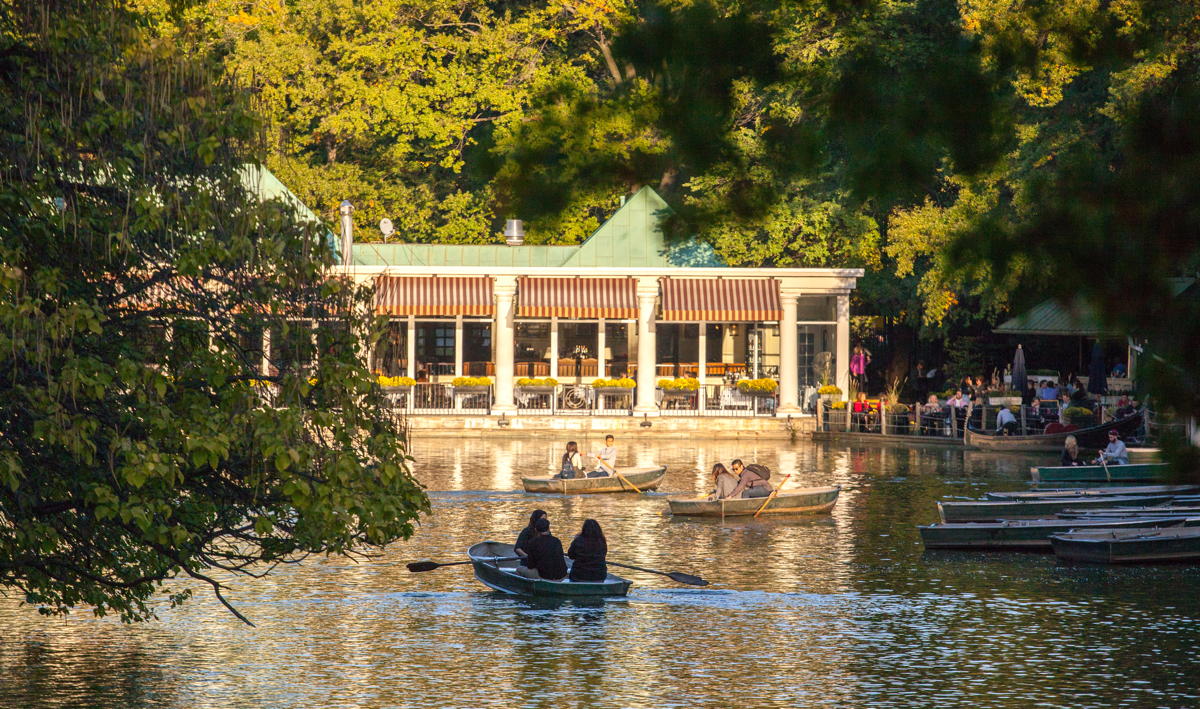 Dixon said that within two years, in 2024, New York City should return to its “record benchmark territory.”

The boom in outdoor dining spaces that have popped up in New York City amid the pandemic has “revolutionized street life,” said Mayor Bill de Blasio, who also spoke yesterday.

Outdoor dining is being done “safely and smartly,” said Mayor de Blasio, noting how the trend is reflective of a “crisis teaching us to do something better.” 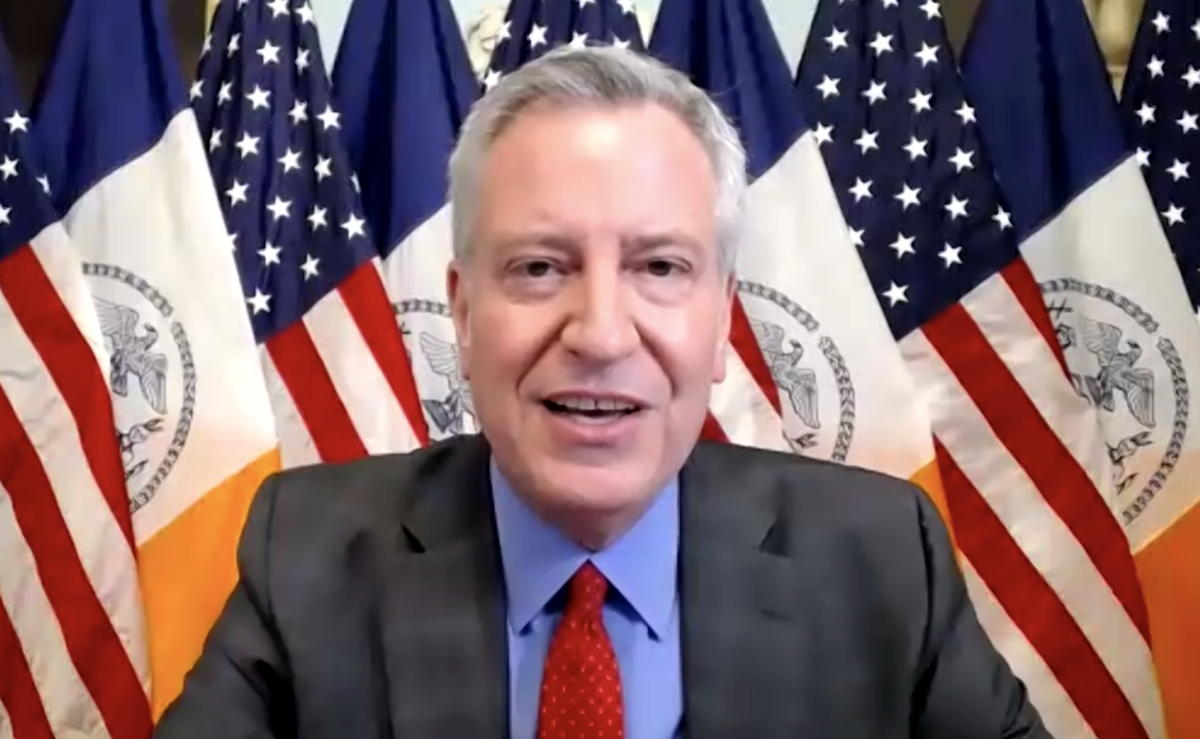 “You walk around the city today and you see something entirely different,” said de Blasio. “It’s this incredible energy that outdoor dining has created.”

“This is a place to come if you want to experience rebirth and energy and it’s getting stronger week by week.”

“The front door of New York City has literally been rebuilt,” said Dixon, referring to the newly-opened $1.6B Moynihan Train Hall, replacing Penn Station, complete with skylight ceilings and lounge.

“An entirely new” LaGuardia Airport in Queens is also nearing completion, he said.

The new airport facilities, set to be completed by mid-2022, “are a joy to experience,” Dixon said, describing sights of glass, sky and water. “It’s a beautiful experience.” 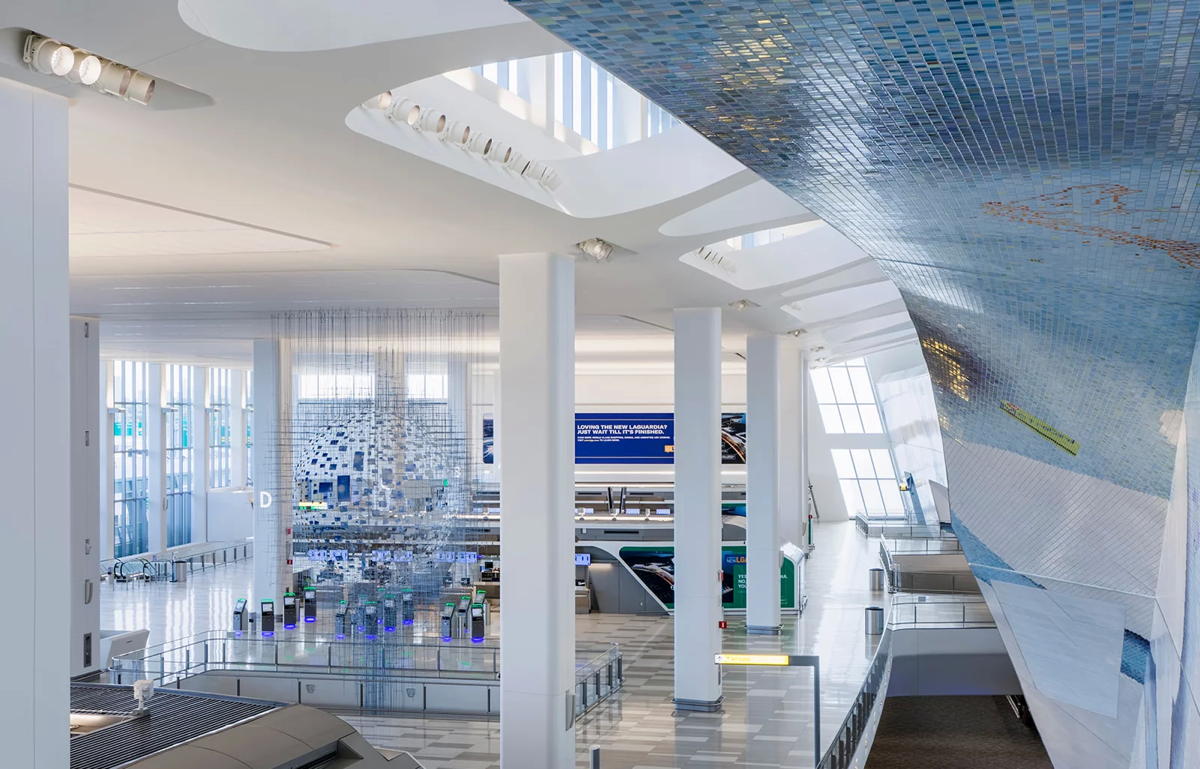 Construction at Newark Liberty Airport is also almost complete with an all-new Terminal A, along with 50 gates set to open next year.

NYC will be expanding its ferry routes, Dixon said, and its Citi Bike bicycle sharing program, growing to 40,000 bikes by the end of 2023.

Opening in the fall is SUMMIT, NYC’s newest observation deck at the crown of the iconic One Vanderbilt – offering the highest vantage point Midtown. 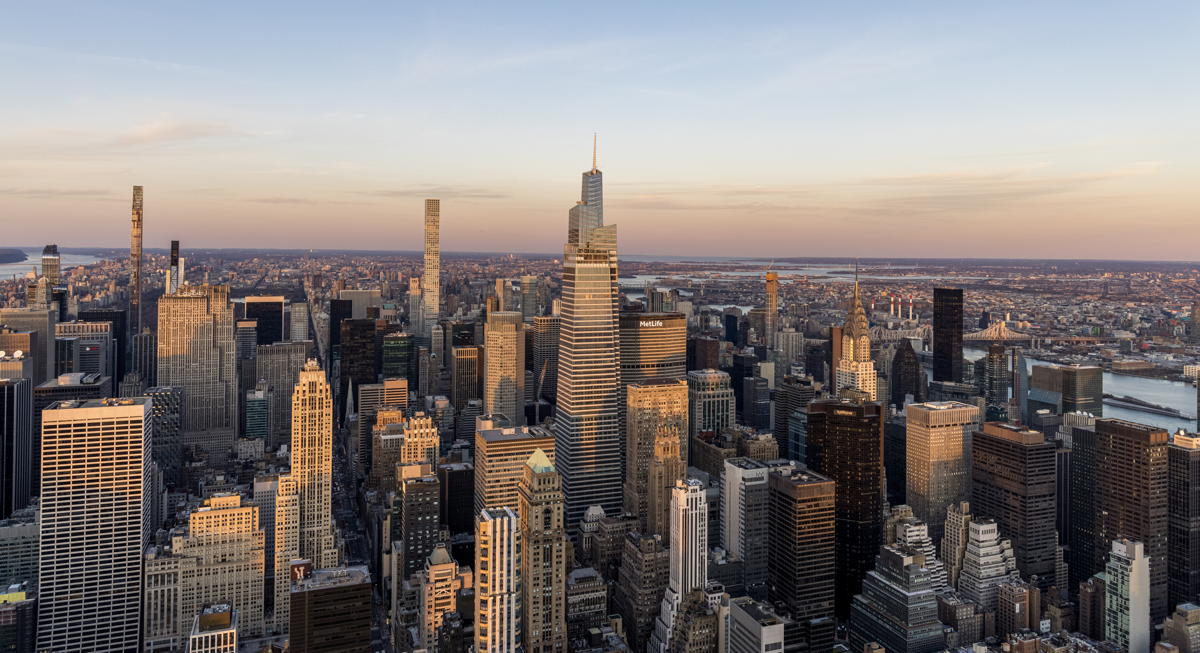 The world’s first Harry Potter flagship store will also open on June 3 in the Flatiron District.

On the museum front, there’s the recently-opened Frick Madison and Dia-Chelsea, The Landfill Fashionista in Staten Island, and KUSAMA: Cosmic Nature at the New York Botanical Garden in the Bronx.

Two new immersive art experiences will open in June, including Immersive Van Gogh New York (which Toronto has already gotten a taste of) and Van Gogh: The Immersive Experience, opening on June 21 – a 360 degree digital art experience in Lower Manhattan. 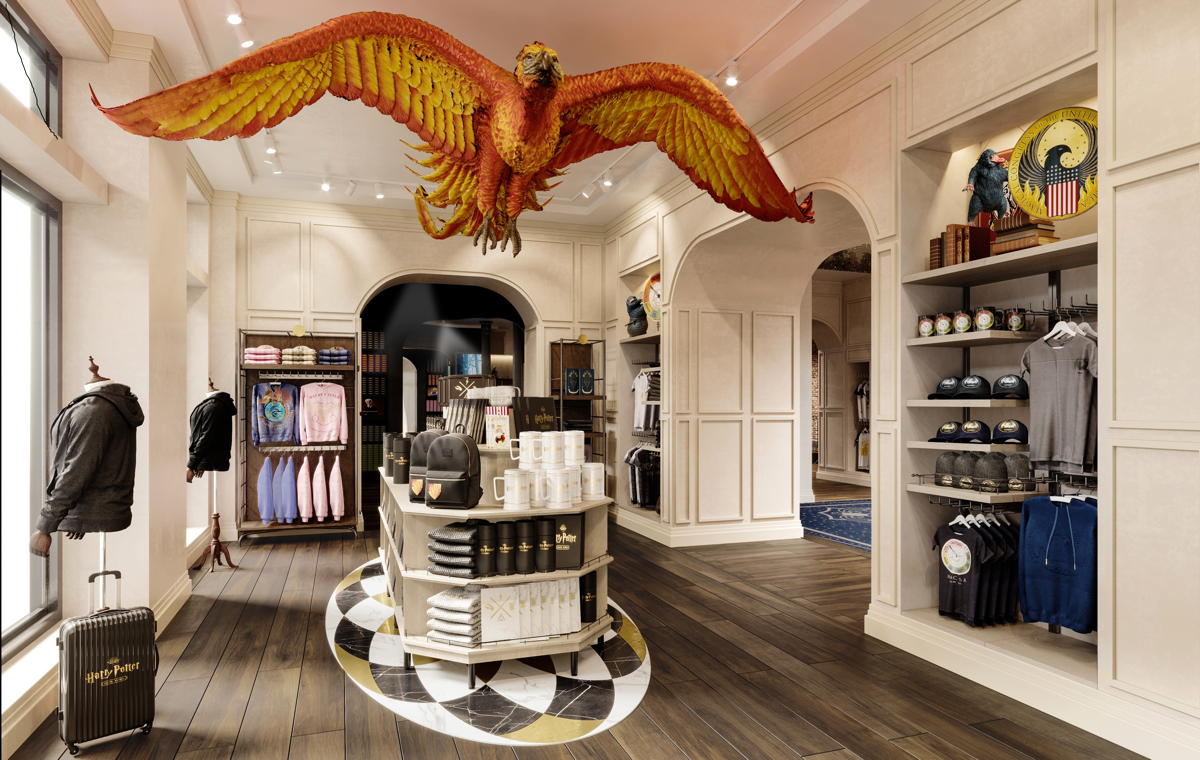 Beginning Aug. 27, the Obama Portraits Tour will kick off in the Brooklyn Museum.

There’s literally dozens of new openings to unpack, so visit nycgo.com/whatsopen to see a complete list.

Broadway is expected to make its big return this fall (“Possibly sooner,” Dixon said) with classic hits like The Phantom of the Opera, Chicago, and Aladdin returning, and new productions like Jagged Little Pill, Moulin Rouge, Thoughts of a Coloured Man, Diana and Doubtfire (based on the 1993 comedy Mrs. Doubtfire). 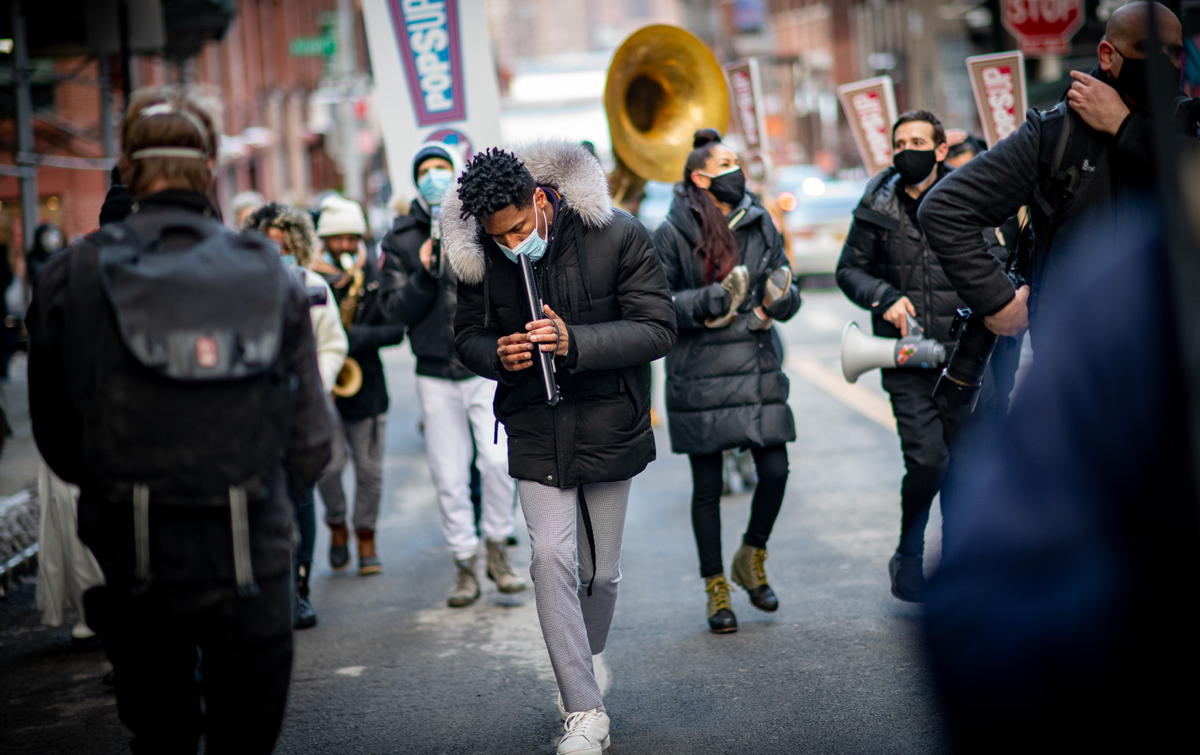 A highlight of Wednesday’s presentation was a joyful, pre-taped video featuring the cast of Broadway’s Girl from the North Country assembled in the streets of New York to perform “You Ain’t Goin’ Nowhere.”

“Broadway, New York City and everything we love about it ain’t goin’ no where,” Dixon said.

New York City is also reinforcing its commitment to diversity and inclusion, as exemplified by the recent launch of “The Black Experience in NYC.”

Latino and AAPI content will also be rolled out later this year on NYCgo.com.

NYC & Company also stands in solidarity with the Asian community and has listed a number of ways online to offer support.

Even during the pandemic, several hotels have continued to innovate in New York City.

NYC & Company says 110,000 hotel rooms are expected to be available for booking by year’s end – several brands, now, are just starting to reopen.

The 489-room Arlo Midtown, located in between the Times Square, Garment District and Hudson Yards areas, will open in late May.

Also opening in June is Margaritaville Resort Times Square – 234 rooms that will bring an “island vibe” to NYC. 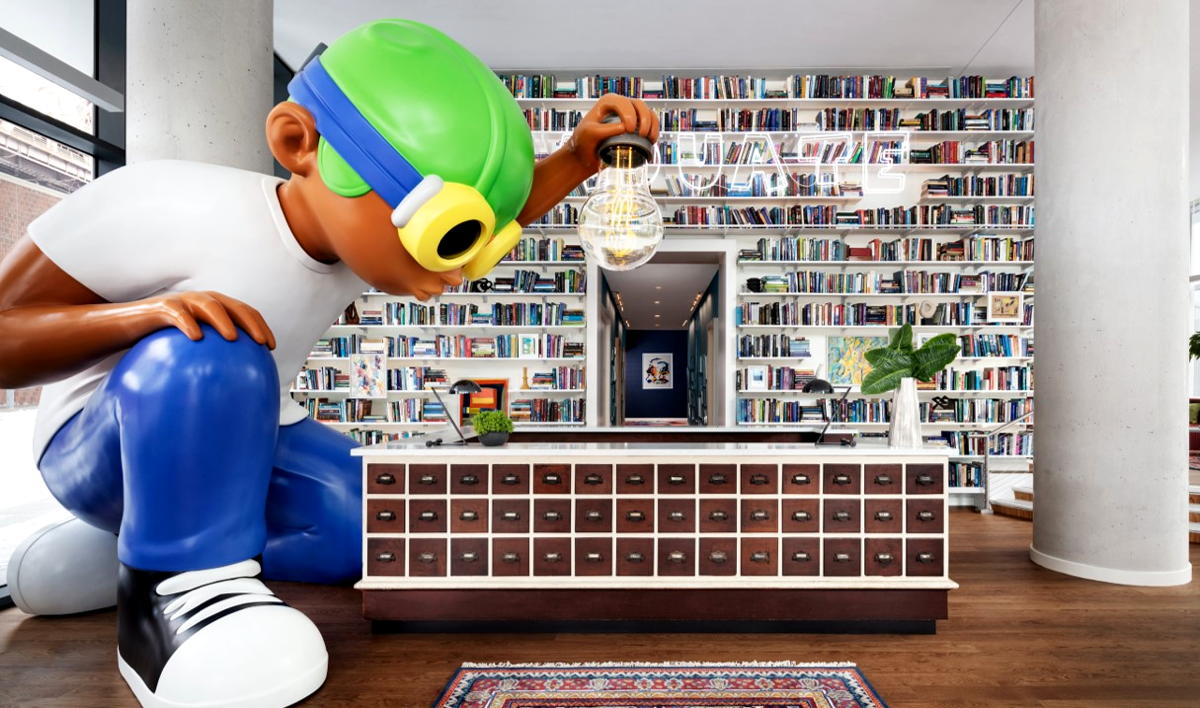 Coming in July is the 287-room Ace Hotel Brooklyn, which promises panoramic views of Manhattan, Staten Island and the Statue of Liberty.

The 164-room Pendry Manhattan West includes 30 suites and will debut in July.

Steps from Madison Square Park, The Fifth Avenue Hotel will open this fall (it comes with a large ballroom and bank vault that has been converted into a wine cellar).

The 210-room Renaissance Hotel Harlem opens this fall above the 1917 Victoria Theatre.