On location: PAX joins agents in Gstaad, Switzerland where “you’re not a tourist, you’re a temporary local”

The hills were alive with the sound of Canadian travel advisors.

No, not those hills – that famous Alpine meadow near Salzburg, Austria where actress Julie Andrews, as Maria, twirls in the opening scene of The Sound of Music.

But a breathtaking equivalent if ever there was one – the hills of Gstaad, Switzerland.

Gstaad – pronounced kush-TAHD (the “t” is soft) – is a nature-wrapped village tucked away in the Bernese Oberland in southwestern Switzerland.

And yes: the hills here, too, will make your heart want to beat like the wings of the birds that rise from the lake to the trees (as Maria famously sings). 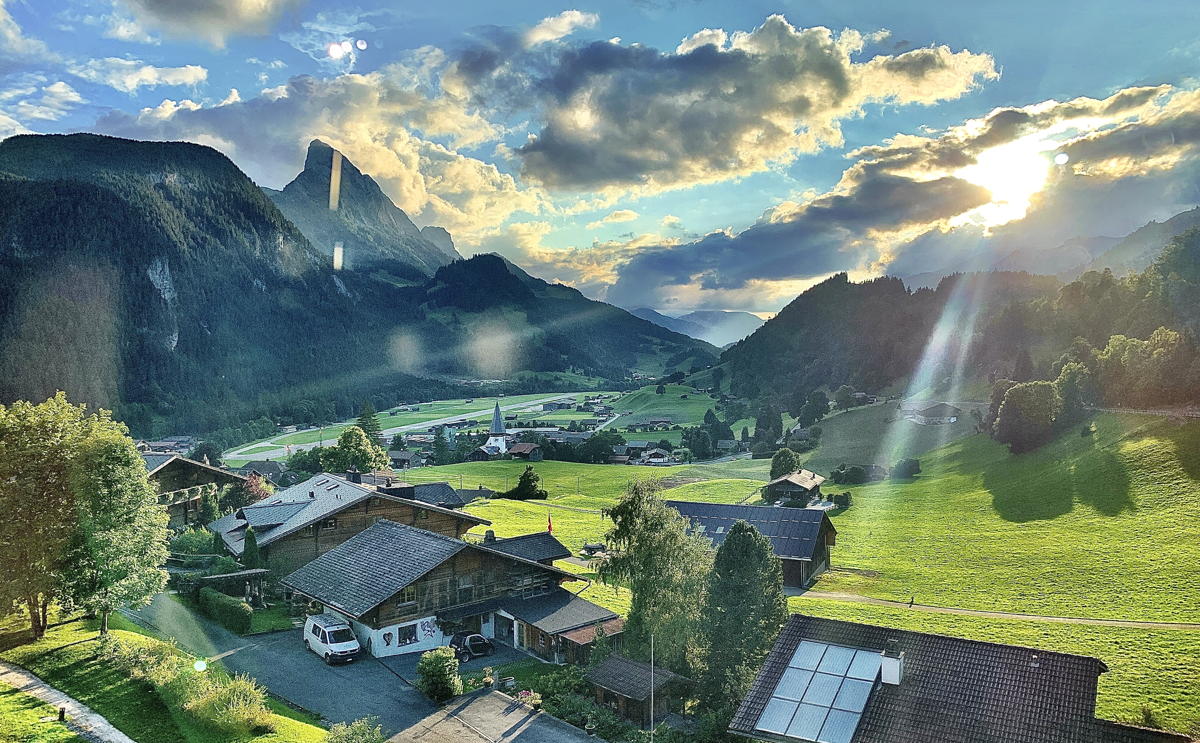 Known for its upscale ski resorts, hiking and cycling trails and luxury hotels, Gstaad welcomed an esteemed group of Canadian travel advisors from Aug. 31 to Sept. 2 to “come up, slow down” – the official tag line of Destination Gstaad, the town’s tourism board – following the 2021 Air Canada Race, which unfolded in Basel on Aug. 29.

It was a sublime location to arrive in, by train, and decompress after a go-go-go event like the Air Canada Race.

Located at an altitude of between 1,000 and 1,400 metres, Gstaad’s unspoiled Alpine landscape surrounds you like a big green hug from Mother Nature, forcing you to breathe a little deeper, linger a little longer and stand perfectly still. 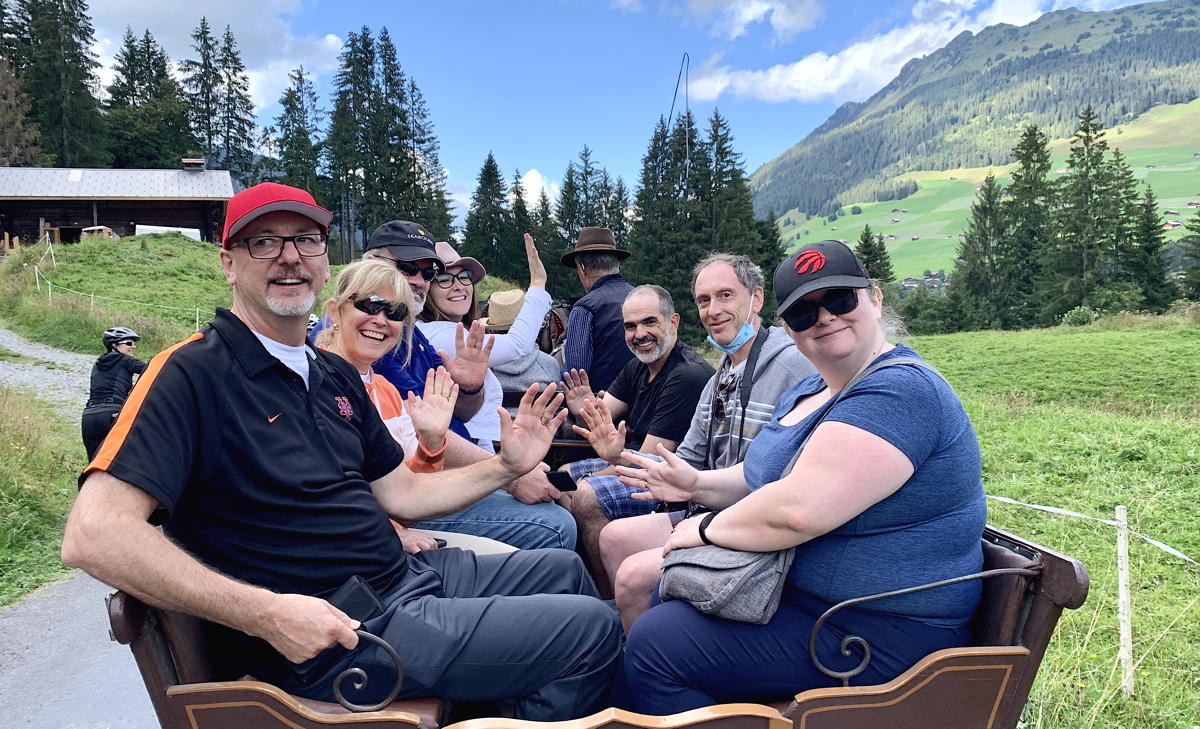 Devoid of tour buses and mass crowds, the village is a portrait of authentic Swiss life, brimming with local traditions, traffic-free promenades, locally-produced eats and friendly locals who, more often than not, have a few minutes to share a story or two.

“It’s a very personal destination,” Thomas Schetty, head of markets and sales at Destination Gstaad, told PAX, which joined agents on the trip. “You immediately get into the mood of the people. They’re very friendly, you get treated like a Swiss.”

“You’re not a tourist. You’re a temporary local.”

The Canadian trade’s visit to Gstaad, supported by Air Canada, was important as it was part of Switzerland Tourism's first major sales mission involving agents and industry media in nearly 18 months.

The Air Canada Race and post-Race FAMs, which involved 36 travel advisors total, might be perceived as “crazy” given the global coronavirus situation, said Pascal Prinz, director for Switzerland Tourism in Canada. 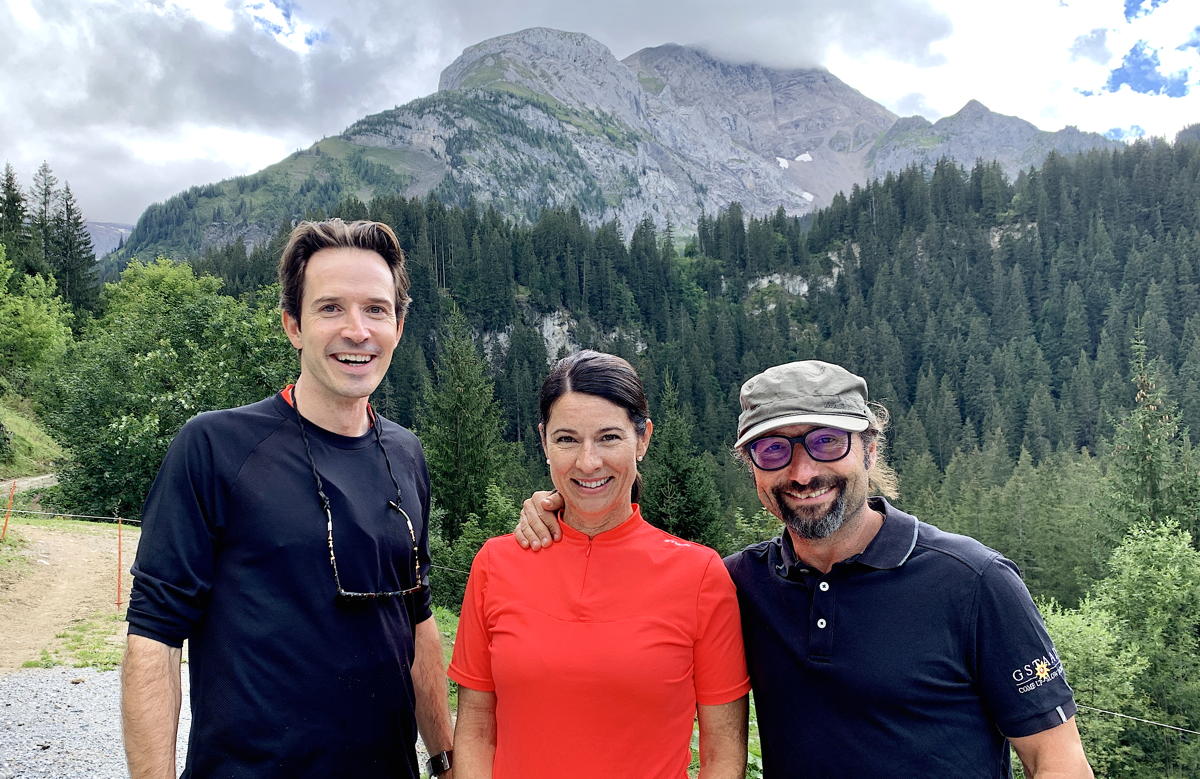 But backed by science and safety measures: “We have to show that it’s possible to travel,” Prinz told travel advisors over dinner in Gstaad last Wednesday night (Sept. 1). “We had to come here now.”

“We have to do what we can to get past this beast.”

Last June, the Swiss government officially opened its border to fully vaccinated Canadians: travellers with a full series of EMA/WHO-approved doses can, currently, enter Switzerland without quarantine or a PCR test.

The market’s heightened appreciation for outdoorsy locales during the pandemic has made Gstaad a go-to spot for travellers looking to connect with nature and get away from crowds, Schetty said. 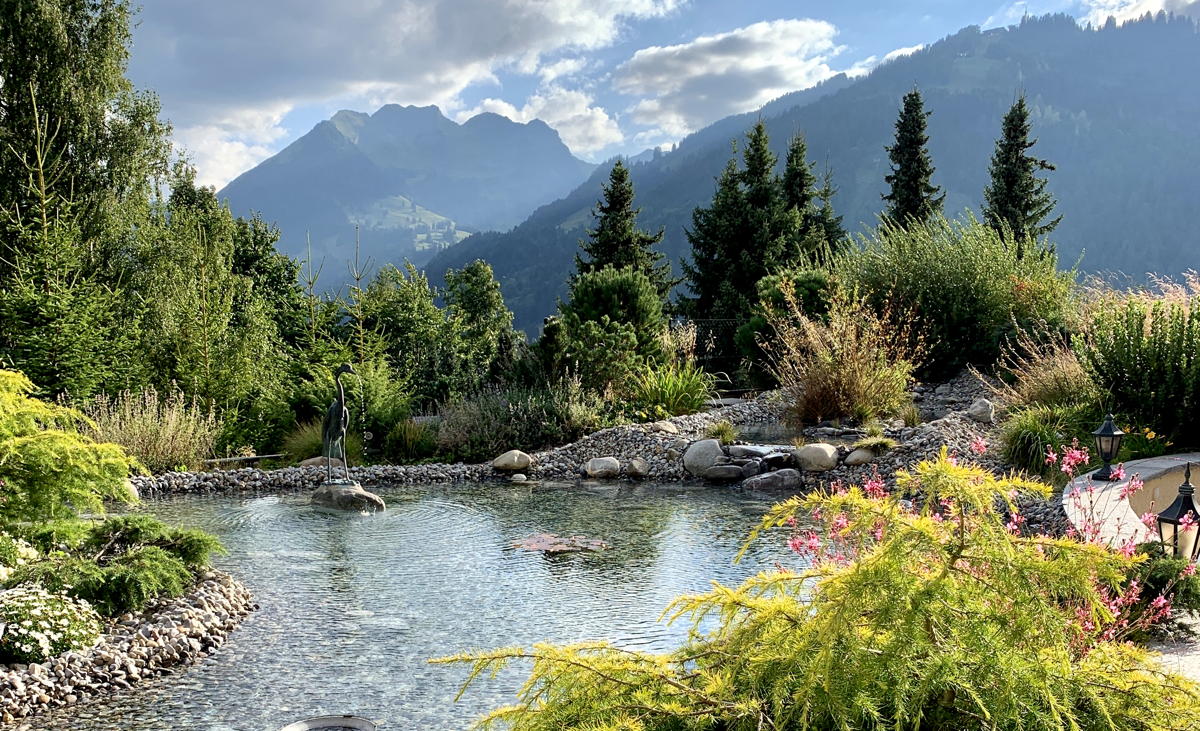 Offering access to hundreds of kilometres of pistes and cross-country trails (and, not to mention, a seasonal line-up festivals and events), Gstaad is a year-round destination, catering to ski crowds in the winter and then hikers, cyclists and wellness lovers in the warmer months. 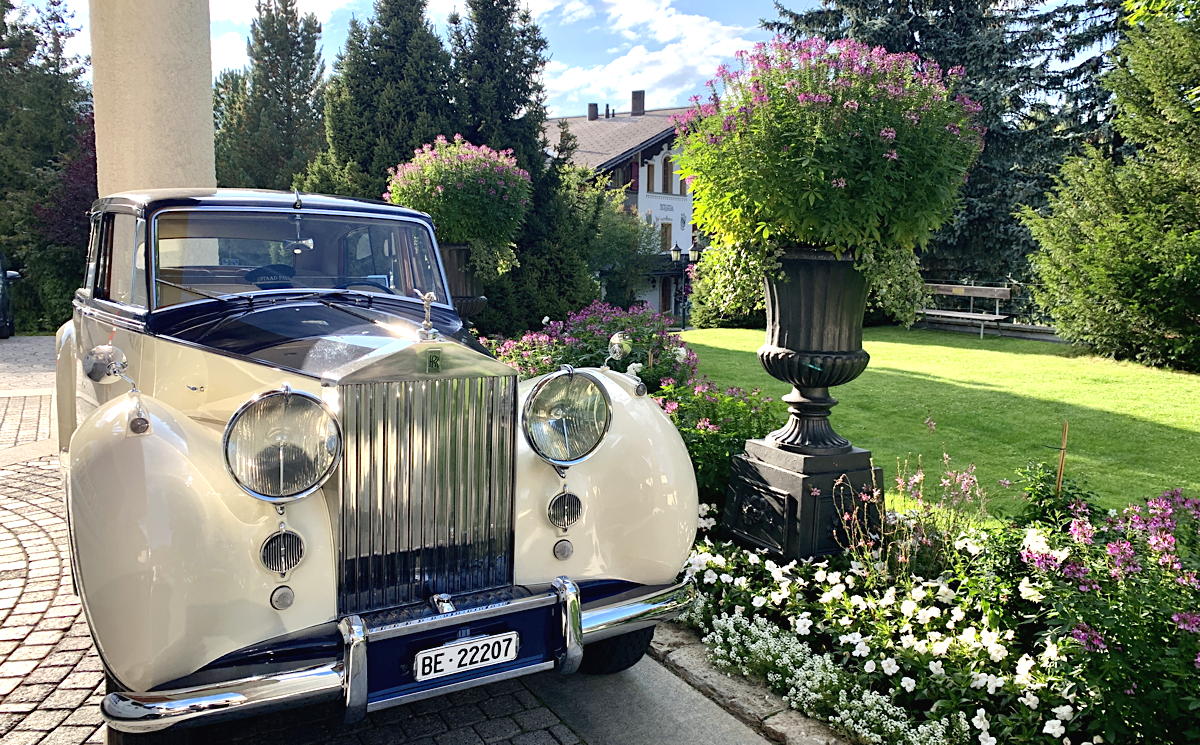 One evening, our lively group got to taste the town’s opulent side.

The family-owned Gstaad Palace, a local landmark for its castle-like architecture and jaw-dropping valley views, kindly invited us to a pre-dinner cocktail, which, set against a magical backdrop of ethereal gardens and mountain peaks, felt like a cross between a fairy tale and an episode of Lifestyles of the Rich and Famous.

It was no surprise to learn that this rustic Swiss region (where prestigious boarding schools also operate) has been a holiday hot spot for royals, celebrities and high society for years. 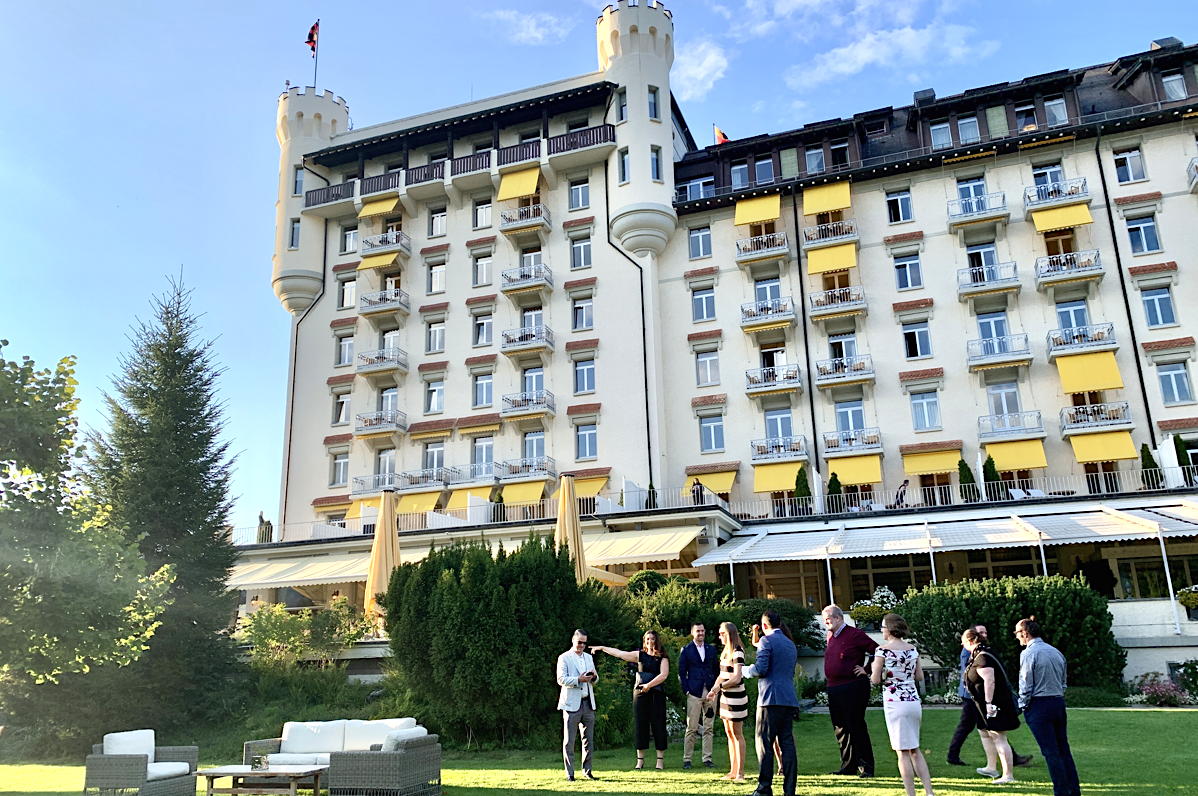 Gstaad is where farm houses meet fashion houses – it wasn’t unusual to see luxury cars zipping up the town’s hilly streets, passing shops with Hermes, Louis Vuitton and Prada products on display in the windows.

Justin Timberlake, Shakira, Madonna are among the many, many boldfaced names to visit Gstaad in recent years (yes, the town has a small airport for accommodating private jets).

The Sound of Music star herself, Julie Andrews, owns a chalet in Gstaad and has enjoyed the region for several decades. (She was once quoted for describing the village as “love at first sight.”)

In fact, the Oscar-winning actress, in 2014, was awarded honorary citizenship of Saanen, the local municipality to which Gstaad belongs to, and during the ceremony, Andrews presented the community with a statue, called "Sitting Duck,” created by her late husband Blake Edwards. 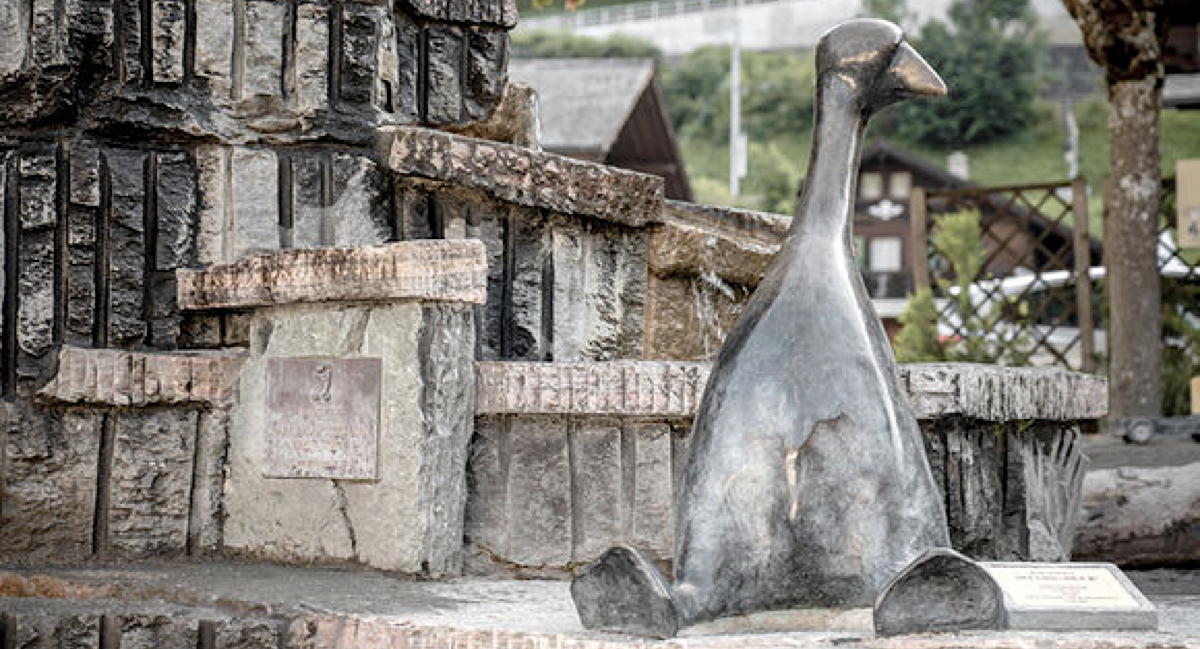 This adorable monument is on display near Gstaad’s pedestrian zone, where boutique hotels, restaurants, bars, art galleries, spas and retail shops are found.

These recreational areas surrounding the village are, also, accessible by three mountain railways.

But don’t expect a paparazzi-crazed town. Gstaad is too chill for that kind of nonsense (which is probably why celebs enjoy it so much).

Despite its jet-set clientele, the town is humble, down to earth, focused on sustainability, accessible and rooted in warm traditions, taking cues from both German and French-speaking communities. 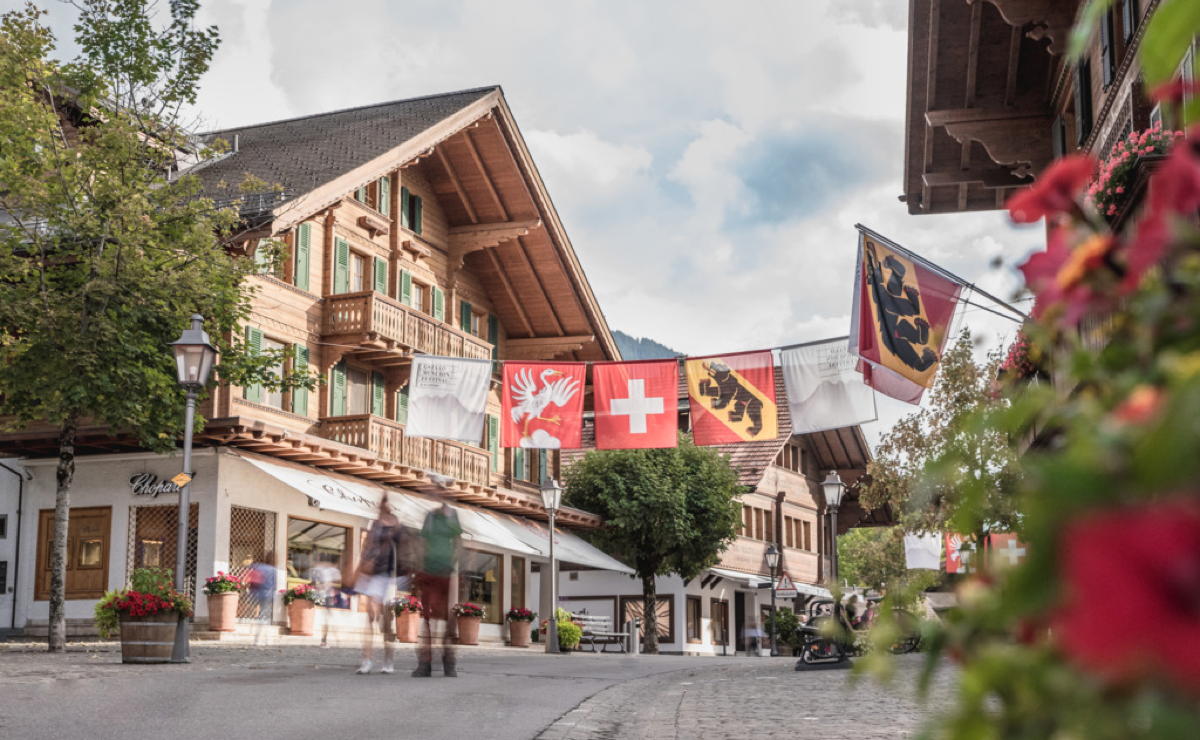 The farm-to-table culinary options are deliciously divine. Some of the world’s best cheeses – “The gold of the Alps, as we call it,” Schetty said – are produced in the Gstaad region.

Hobelkäse Alpine cheese, paired with succulent air-dried meats, made appearances at almost every meal during our trip.

And you haven’t lived until you’ve tried traditional Swiss raclette – a dish served with potatoes, pickles and onions that involves heating cheese and scraping off the gooey melted parts. 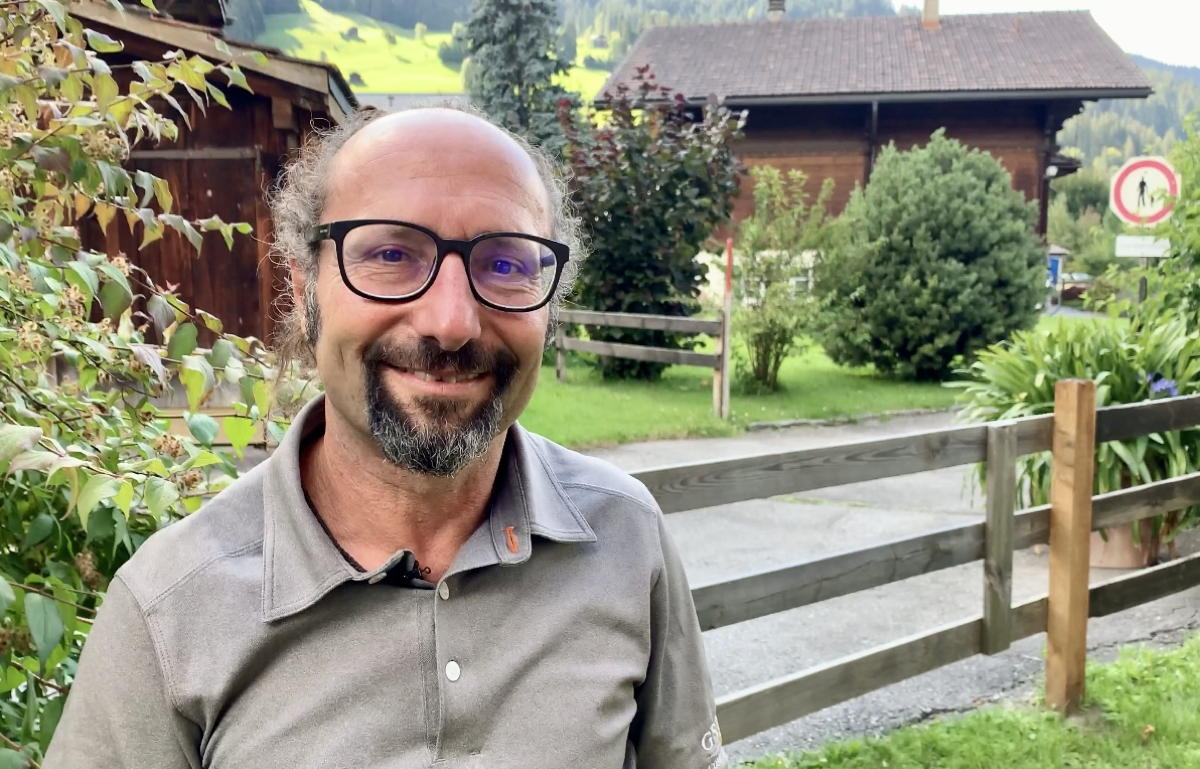 The milk from cows is, arguably, Gstaad’s rocket fuel. (“We have the same population of cows and people,” Schetty said).

Bell-wearing cattle happily grazing in Alpine pastures were frequently spotted, but our cameras really got snapping when we heard the sounds of bells clanging away in the village.

Farmers at this time of year will lead their wonderfully decorated cows (some of which wear flower headpieces) down the mountain and parade them through Gstaad’s pedestrian zone for all to see.

You can expect to see this much-loved procession in June and early July when farmers lead their cows up to the Alps, and then again in late August to mid-September when they return.

(If there’s a rare traffic jam in town during these periods, you have the cows to thank). 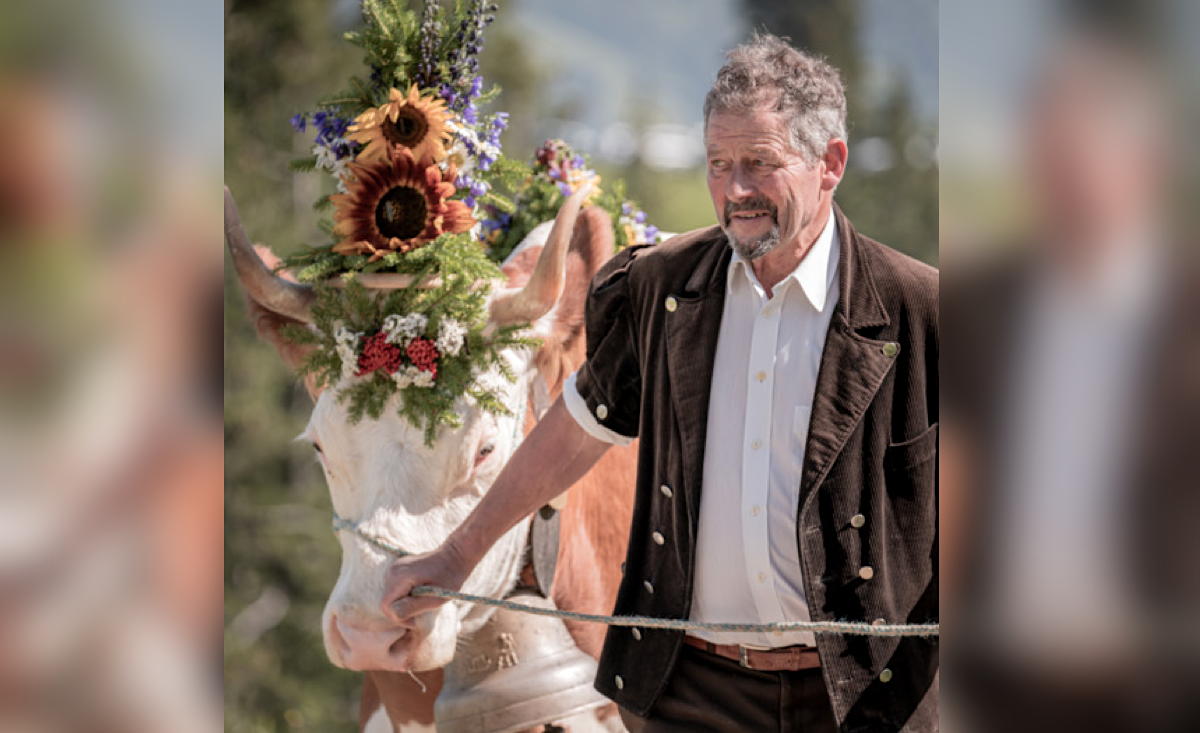 Traditions can be found in every tree-covered corner of Gstaad: one night, we were treated to dinner in the mountains at Fluemadhütte (a farm hut) where we dined on yummy raclette and learned how to yodel like the Swiss do and play the alpine horn, a metres-long musical instrument that mountain dwellers once used for calling cattle. 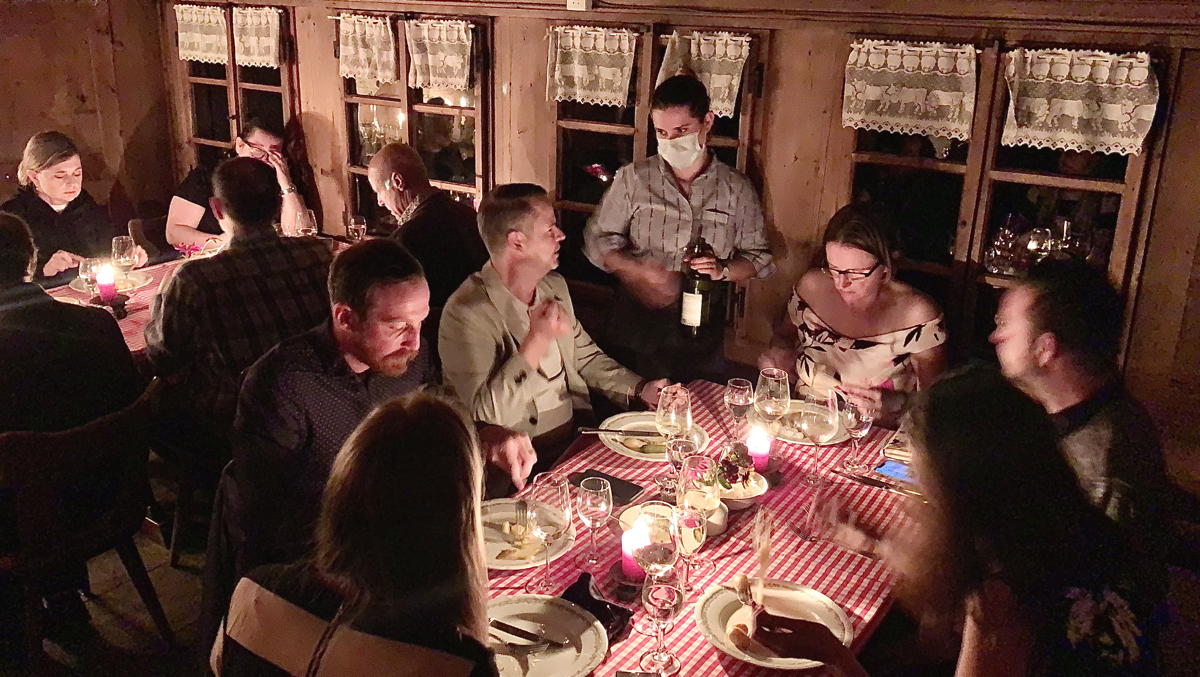 Travel Leaders Network's Lindsay Pearlman earned the highest praise for his horn-playing abilities, holding the longest note out of everyone in the group who tried to play, and animals in the region, to this day, are still “mesmerized” by the instrument's full-bodied sound, our local instructor, Franziska Raaflaub, told us. 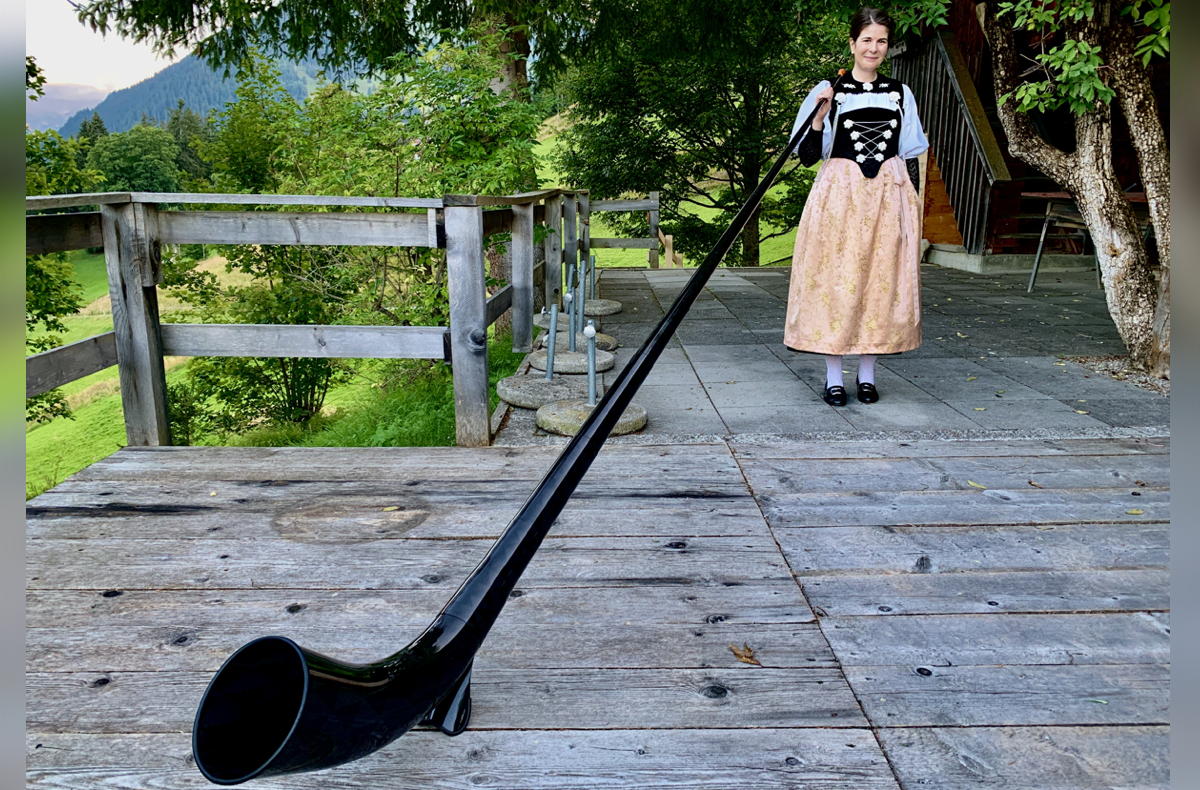 Connecting with nature...on an e-bike!

But the beating heart of Gstaad is the town’s special connection to nature.

Our hillside host hotel, the 136-room HUUS Hotel Gstaad, was an "Alpine home away from home" with its soaring valley views, heavenly sunsets and modernly-eclectic, chalet-style interiors. ("Alpine chic" was the term we all agreed on). 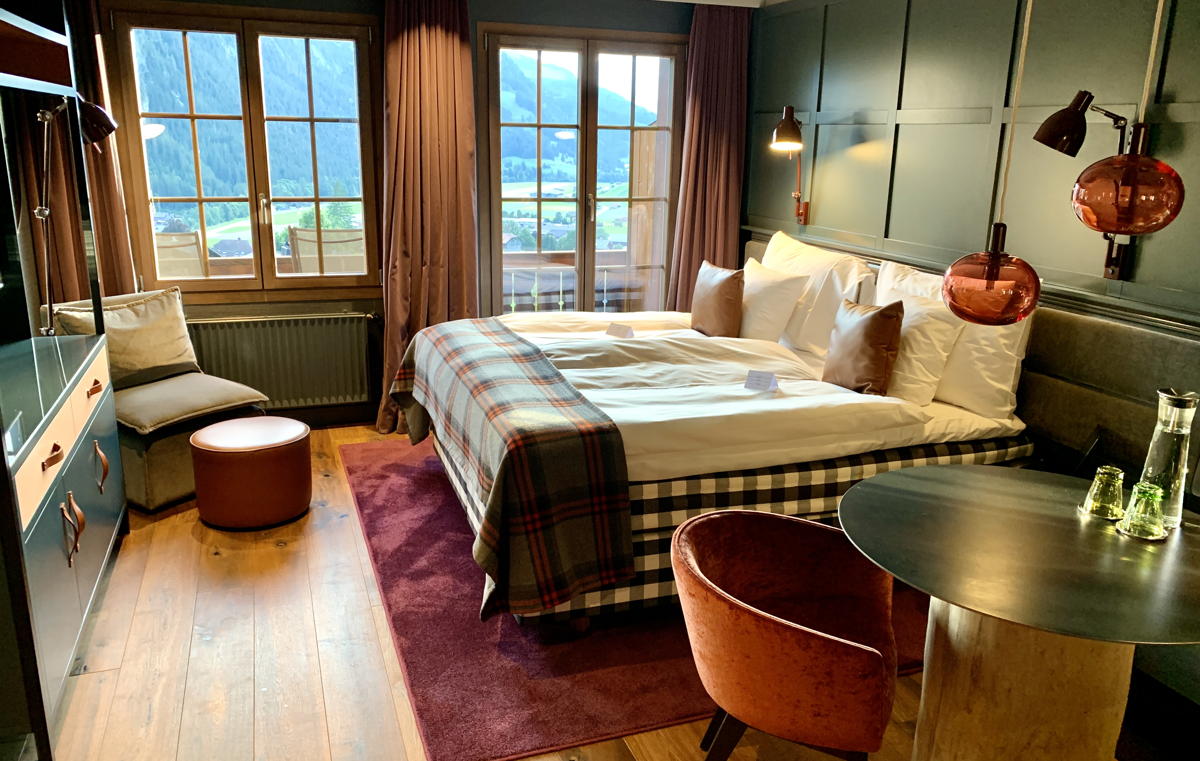 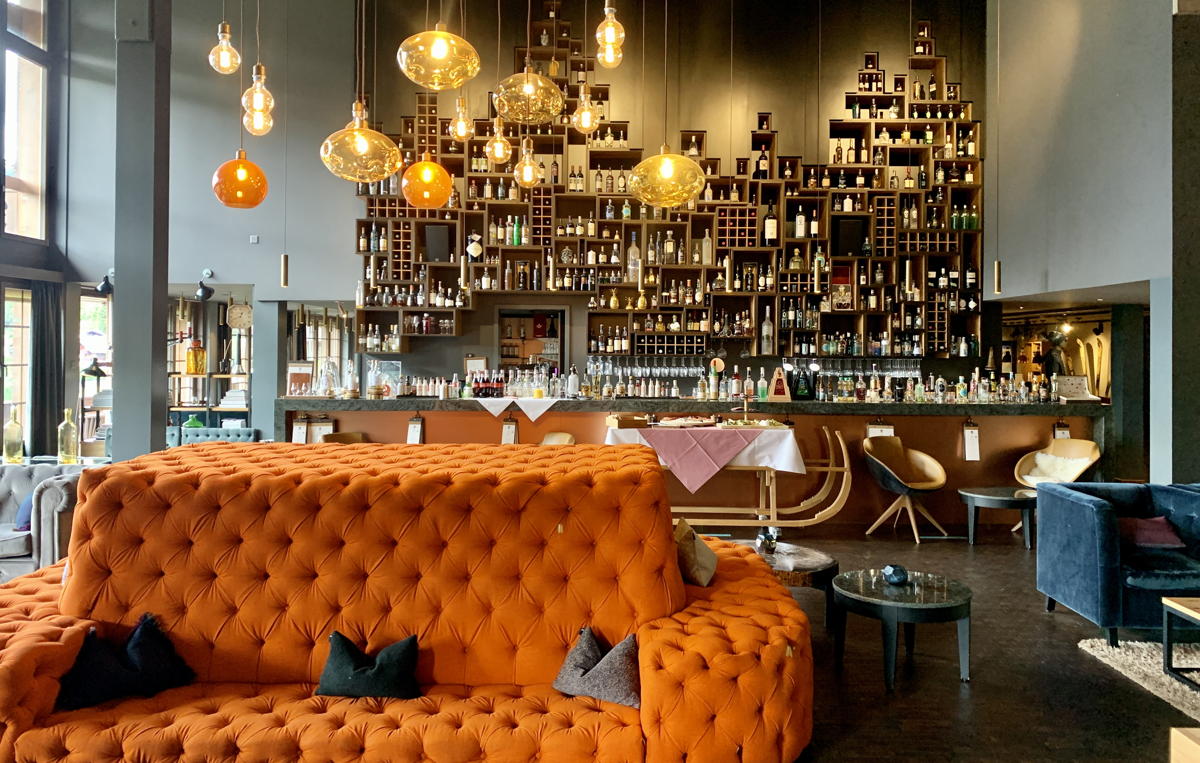 Gstaad is an outdoor lover’s paradise: one day, we went e-biking (bicycles that come with a battery-powered assist functions) through dreamy farmland on a postcard-perfect trail to idyllic Lake Lauenen, which is 15 km away in a moorland nature reserve.

Portions of the scenic tour involved uphill pedalling, which was easy to maneuver thanks to a “Turbo” function on our e-bikes that propelled us forward with electric-charged boosts. 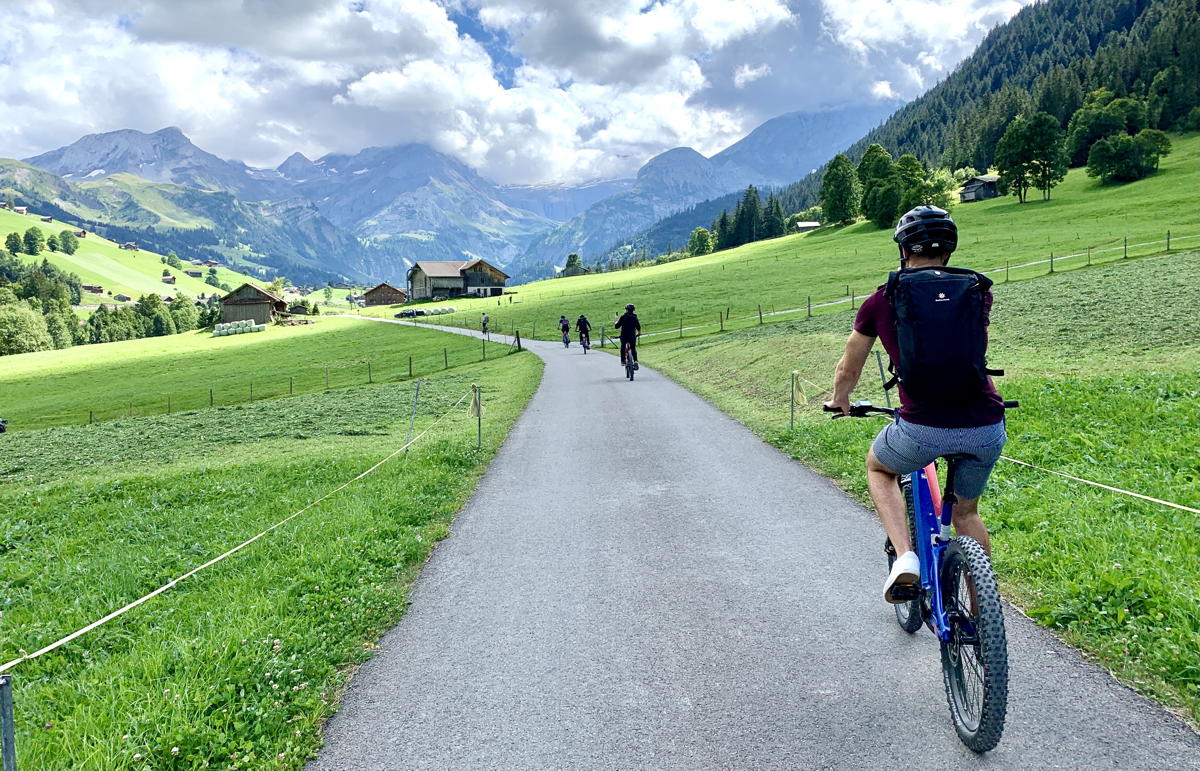 The quaint villages, emerald-green hillsides and mountain ranges that dominated the guided ride, led by the Ski School of Rougemont, left everyone gobsmacked.

Horse-drawn carriage rides are also available to those who want to enjoy the Swiss landscape in a more relaxed way. 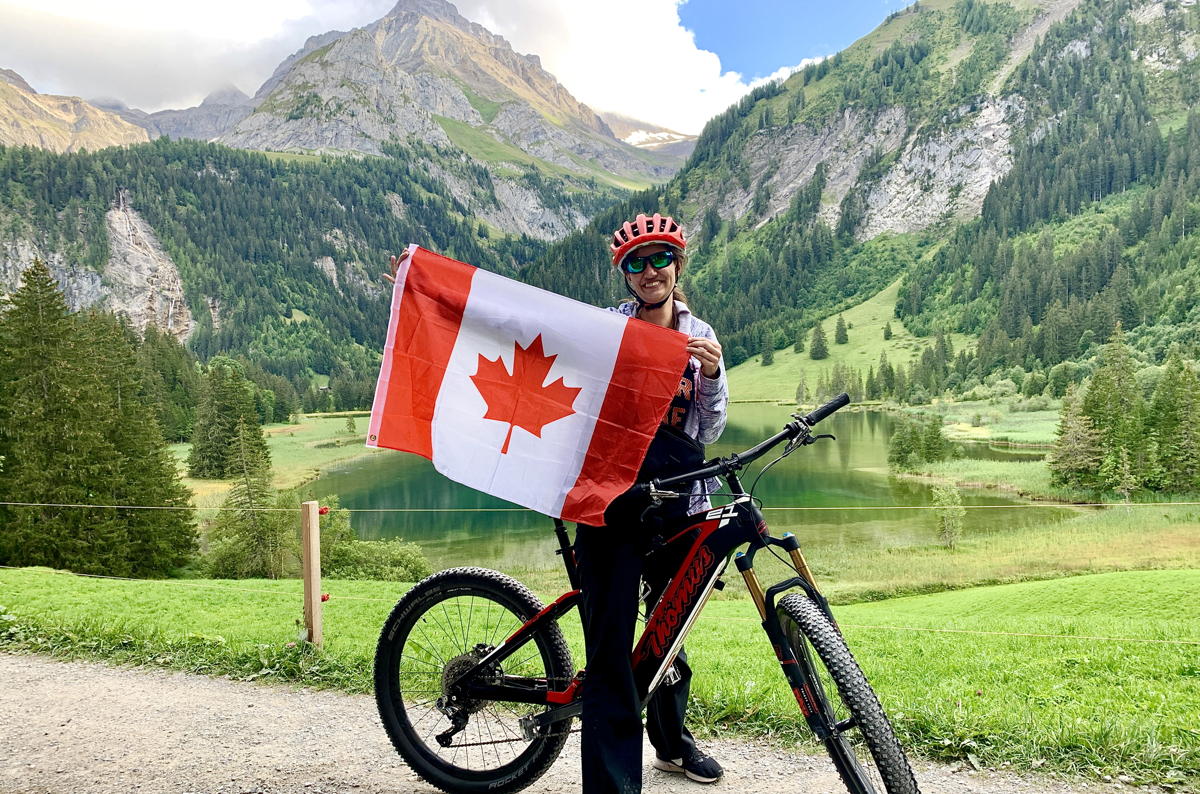 Then there was the excursion to Glacier 3000, a mountain experience, about 25 minutes from Gstaad, that offers a glimpse into the Swiss glacier world…3,000 metres up!

Here, cable cars, in just 15 minutes, whisked us up to the highest points of the Vaudois Alps, where sky-high activities awaited, such as the “Peak Walk by Tissot” (a suspension bridge connecting two mountain peaks), “snow buses” that drove us around the glacier, an Alpine coaster (“the world’s highest bobsleigh track”), authentic dining at restaurants and hiking routes. 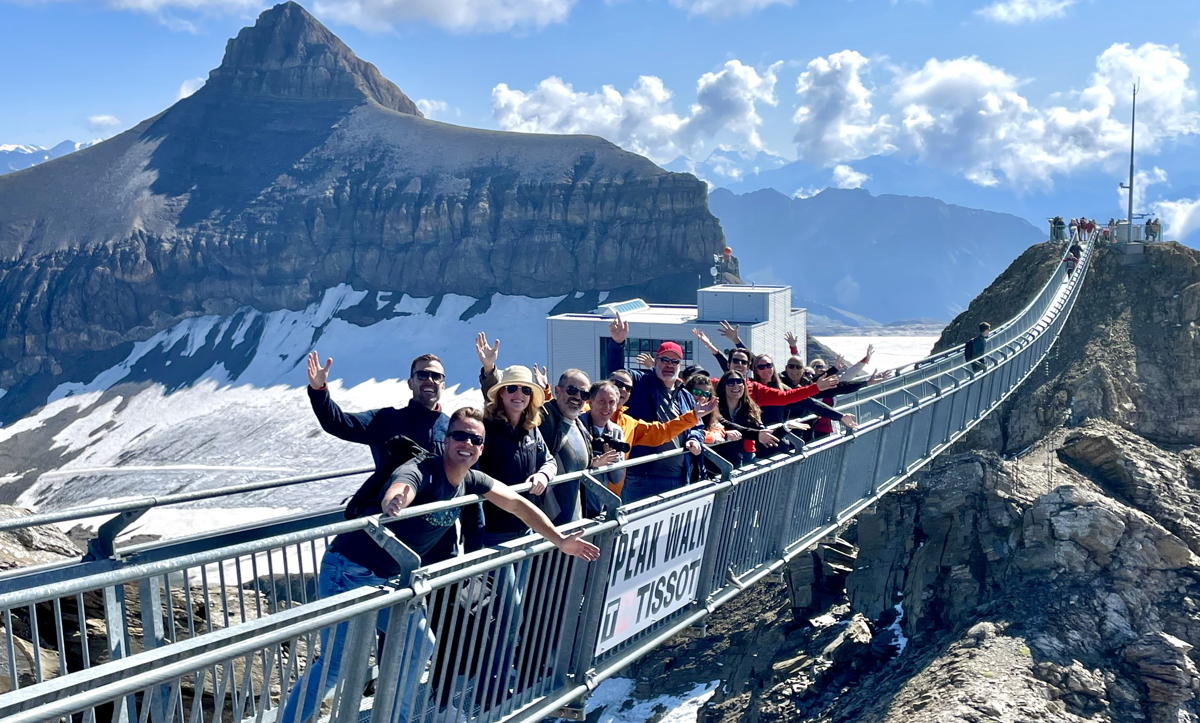 During the winter months, when there's way more snow, access to ski resorts, tobogganing and dog sledding is also offered.

Thanks to bright beaming sunlight, the temperatures at the top were surprisingly comfortable – wearing layers of clothing, from athletic pants, to t-shirts to windbreakers, was sufficient. 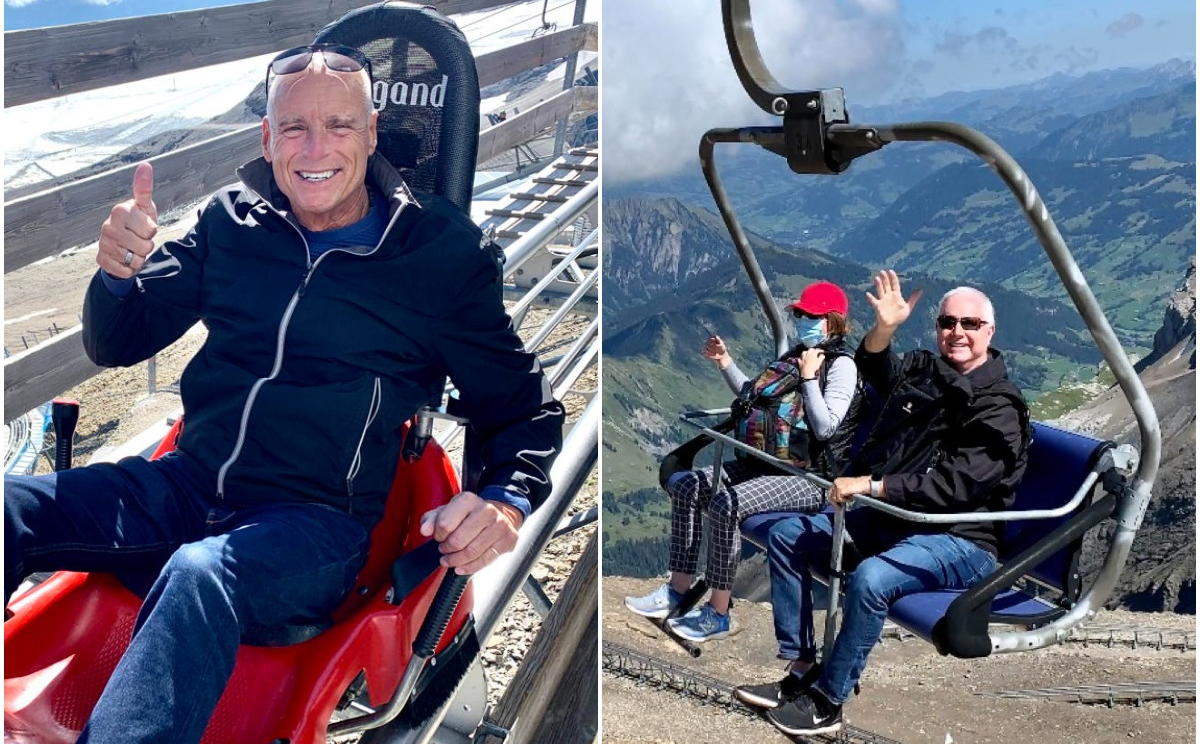 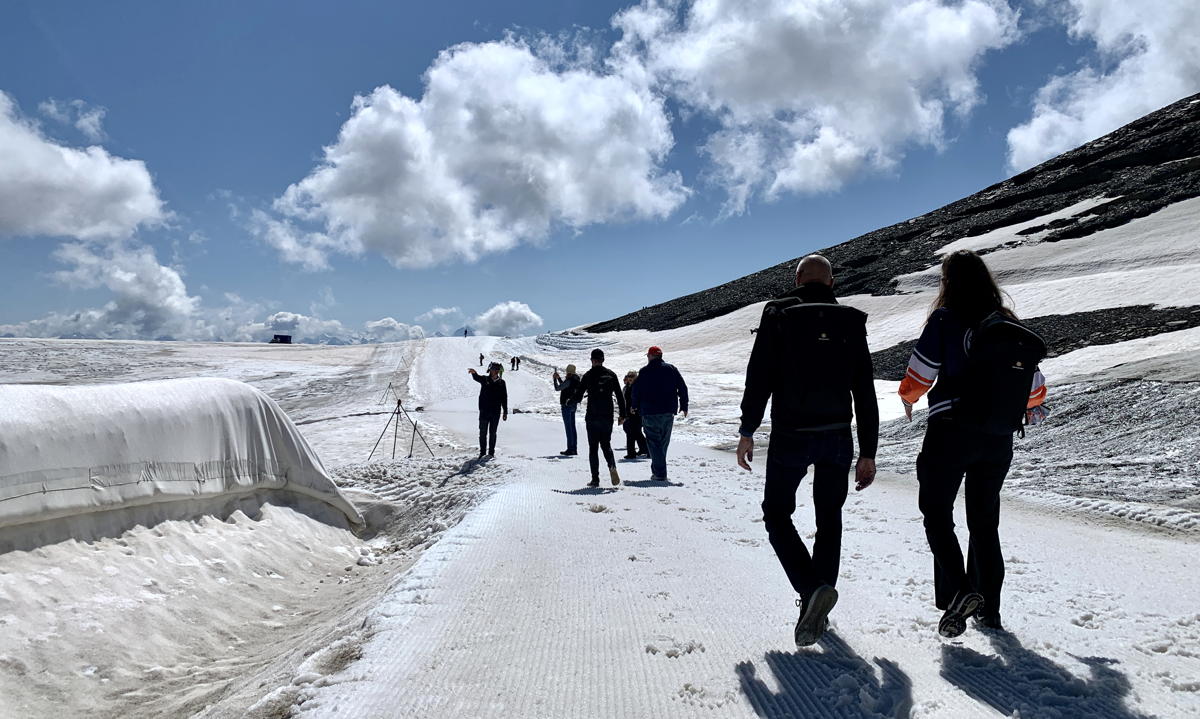 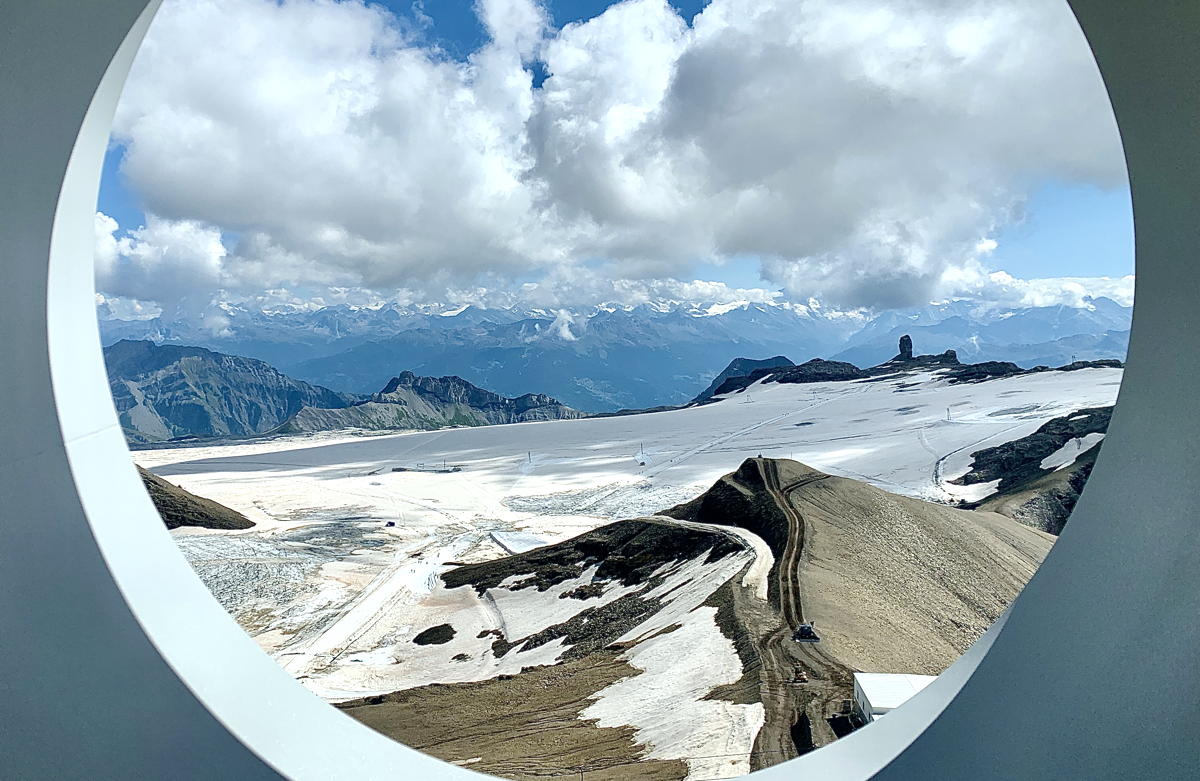 A must-do activity (even if you're afraid of heights!), this sky-high experience makes you feel like you’re “above the clouds,” as Félicien Rey-Bellet, sales and marketing director at Glacier 3000 put it, and the weight of the world, down below, will feel as light as a feather.

“You have lots of time to spend on the mountain,” Rey-Bellet said. “That’s what makes it different.”

Take all the time you need. Getting used to mountain elevation takes a few minutes anyways. And remember, when in Gstaad and its surrounding communities, there is no need to rush anything. At all.

Nature is not in a hurry. You officially have permission to slow down. 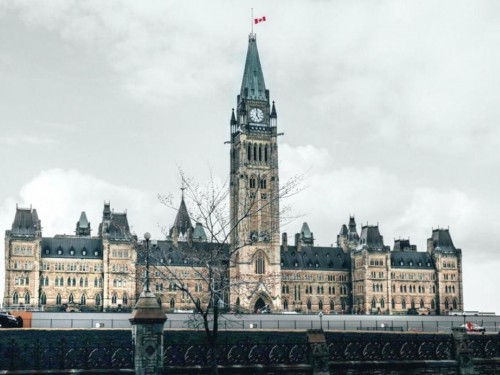 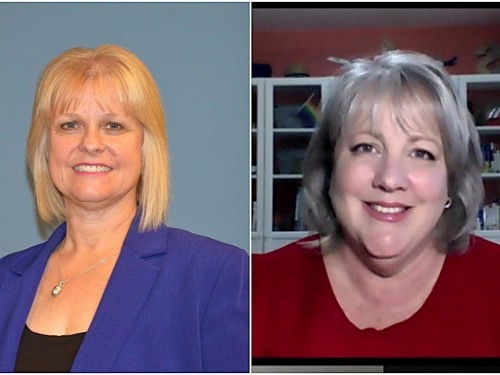