In terms of COVID-19 recovery, this means Saint Lucia will have almost the same capacity it had with Air Canada back in 2019.

“We’ll be just short of 10 per cent,” Charles-St. Jules said. “From the Eastern Caribbean, we are leading in terms of capacity…We were informed that our opening had to be moved forward because of high demand for the destination.”

WestJet and Sunwing will also recommence flights from Toronto to Saint Lucia in October.

Through October, WestJet will fly once per week until November 17, at which point flights will increase to twice weekly. Sunwing will offer weekly flights on Saturdays starting Nov. 5 until April. 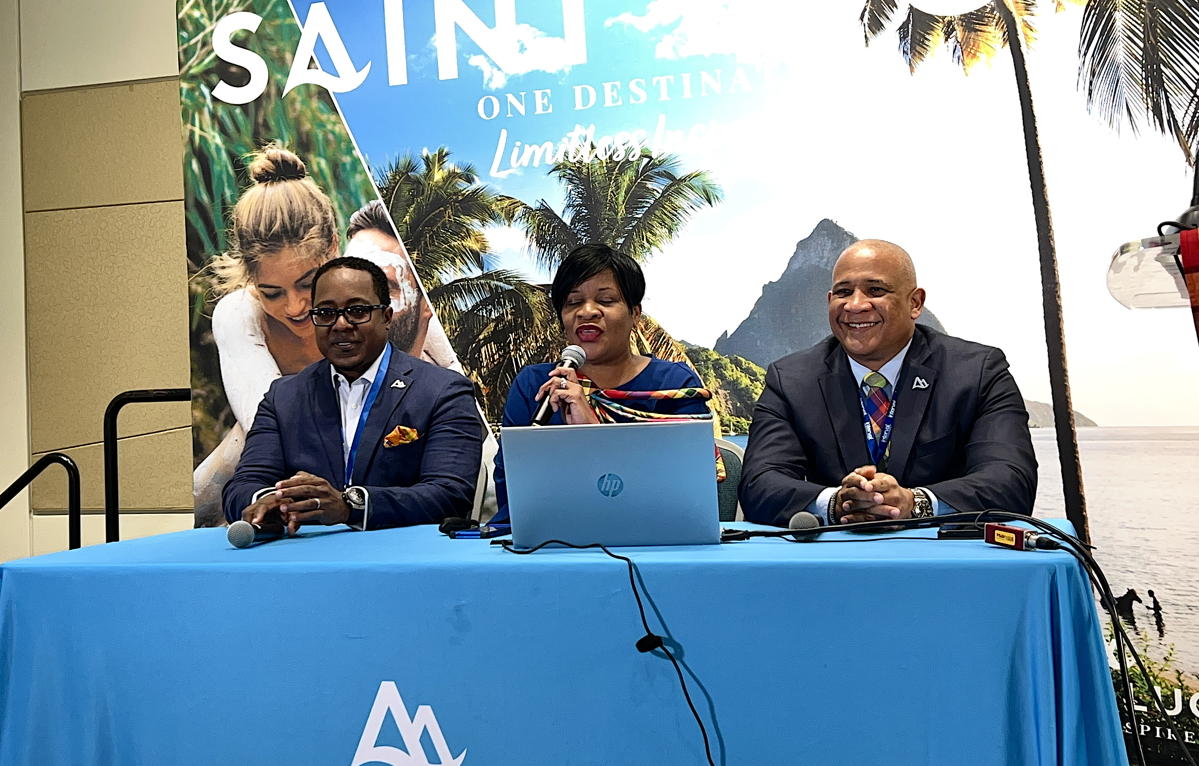 Canada, in general, has been the slowest market to recover in Saint Lucia, Charles-St. Jules said, but that is changing ever since the Canadian government removed all COVID-19 border measures.

“We are seeing a lot of uptick” Charles-St. Jules said, noting that Saint Lucia’s bookings are pacing 30 per higher than originally expected.

Caribbean Travel Marketplace, which ran from Oct. 3-5 in San Juan, is hosted by the Caribbean Hotel & Tourism Association and brings together tourism boards, suppliers, wholesalers and media to plan and promote growth strategies for Caribbean tourism.

Saint Lucia is now just “13 per cent shy” of the total air seats it had in 2019, Dr. Hilaire told reporters. 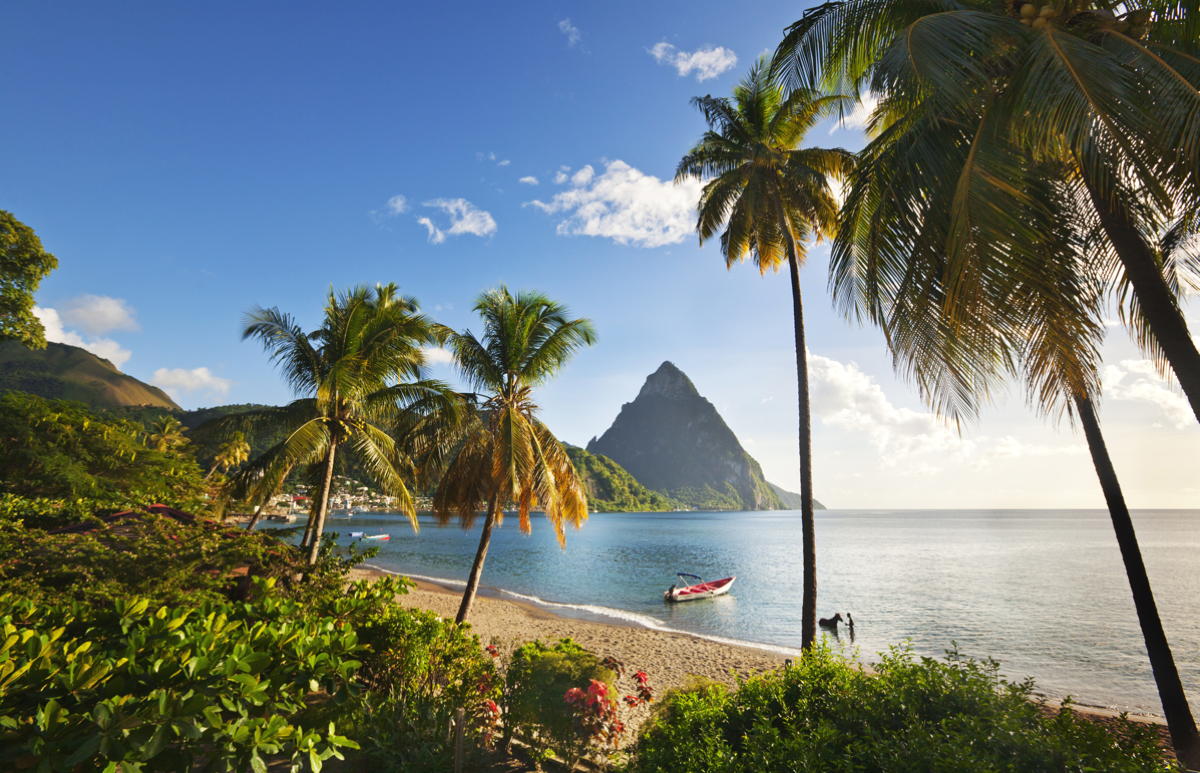 “Since 2019 was a record-breaking year, this signals that our air lift is extremely strong,” he said.

In July, Saint Lucia saw its largest number of stayovers in one month since the COVID-19 pandemic began.

Soufriere and Anse La Raye have already seen several community tourism projects, he said, and there will be more projects coming up in Canaries, Marigot and Gros Islet.

New programs will launch at the end of October as the government announces a “substantial investment” in developing further infrastructure and providing grants and loans for locals to “increase their participation and ownership” of the tourism industry, Dr. Hilaire said. 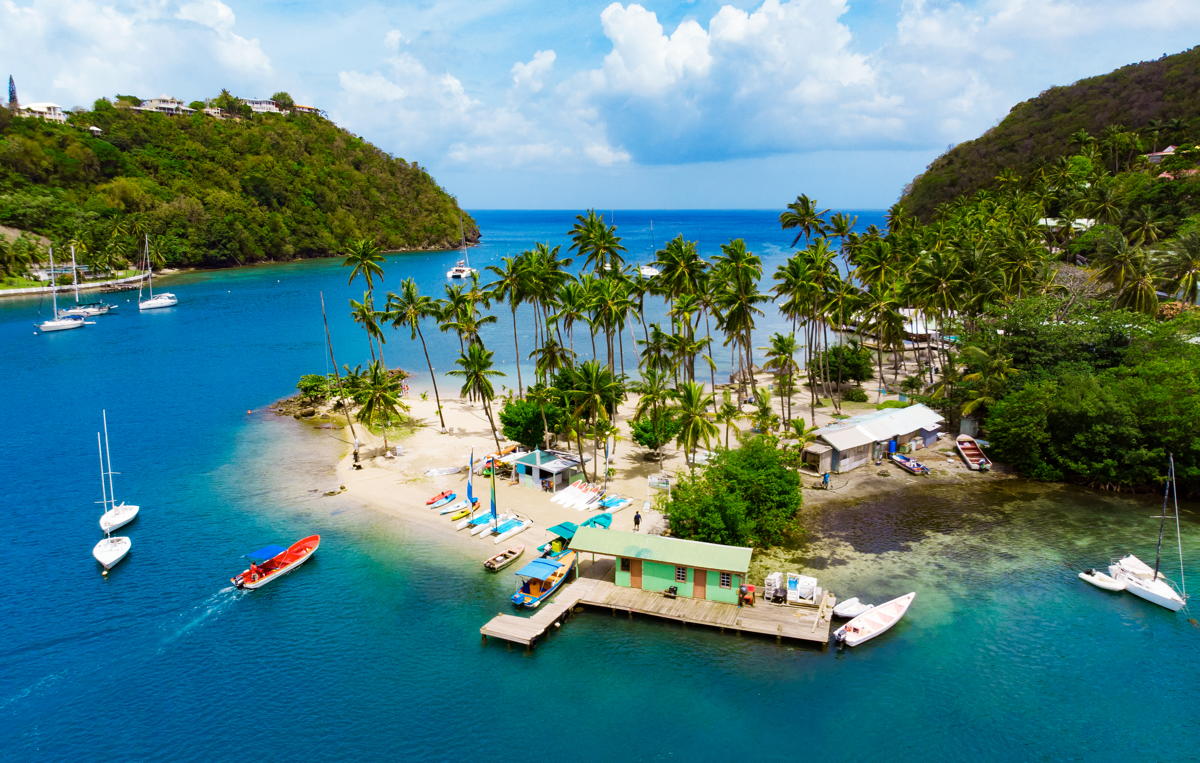 In an effort to showcase all things local, Saint Lucia has launched an island-wide program called the Kabawé Krawl.

Kabawé Krawl is a “trail of bars” around Saint Lucia that have been selected to offer visitors “a real flavour of our different communities.”

“It’s an opportunity to meet the locals, swap stories and enjoy some more of our Saint Lucian hospitality,” Dr. Hilaire explained.

Local companies offer guided tours or, alternatively, tourists can explore on their own by looking for the “Kabawé Krawl” sign at participating venues.

Saint Lucia continues to make a name for itself as an adventure destination – the island was recently named the Caribbean’s Leading Adventure Destination at this year's World Travel Awards. 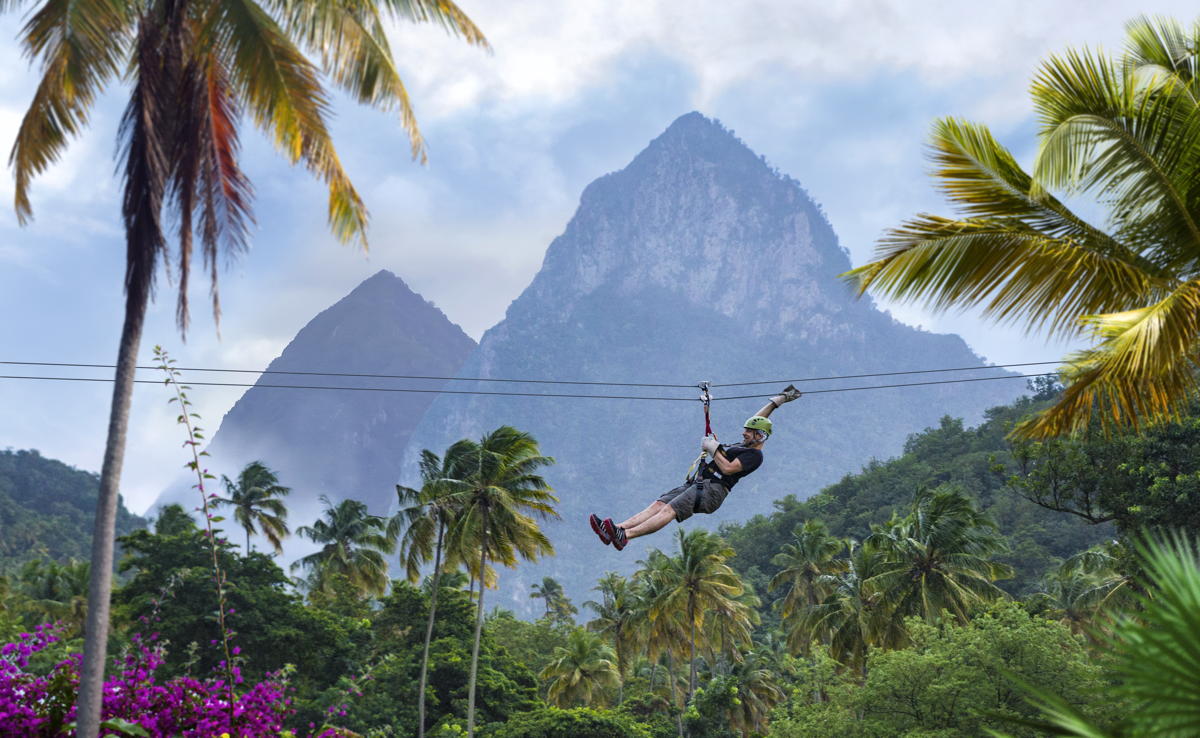 The destination has nature hikes for all abilities, ziplining through the rain forest, more than two dozen dive sites, its Sulphur Springs mud bath experience and more.

Dr. Hilaire said the island has added more ATV Experiences and off-the-beaten-path activities, such as the “Three Peak Challenge,” which involves climbing both the Piton mountains and Mount Gimie.

New hotels to watch for

On the accommodations front, Saint Lucia is expanding its portfolio with types of stays that “suit the tastes and desires of today’s travellers,” Dr. Hilaire said.

Over the summer, the destination launched the “Collection de Pépites,” which features “one-of-a-kind island jewels,” including local B&Bs, boutiques, inns and luxury villas.

“We are introducing travellers to properties that have 35 rooms or fewer, which may not be as well-known as the island’s larger hotels and resorts,” Dr. Hilaire said.

The name of the collection alludes to the island’s French heritage and means a “collection of small pieces or nuggets of gold.” 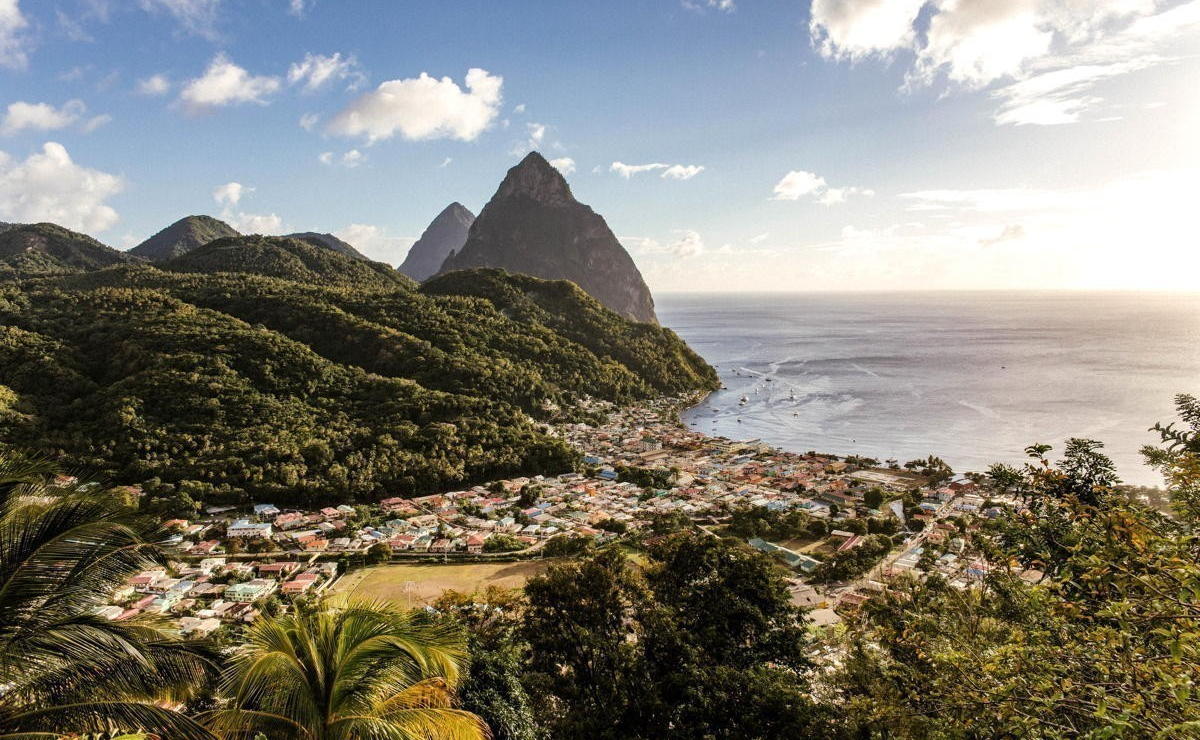 But more boutique and big brands are also coming to Saint Lucia.

Among the new properties already in operation is a boutique resort – Sol Sanctum – an immersive wellness-focused resort, where guests can enjoy yoga and tai chi classes, guided meditation sessions and more.

Zoëtry Marigot Bay St. Lucia has been reimagined as a luxury all-inclusive and will open on Dec. 1, 2022. It will be the first AMR Collection property to open in Saint Lucia.

During the summer, the Dream Hotel Group announced that the new 90-key Cas en Bas Beach Resort will open in Cap Estate in the north, in 2023. 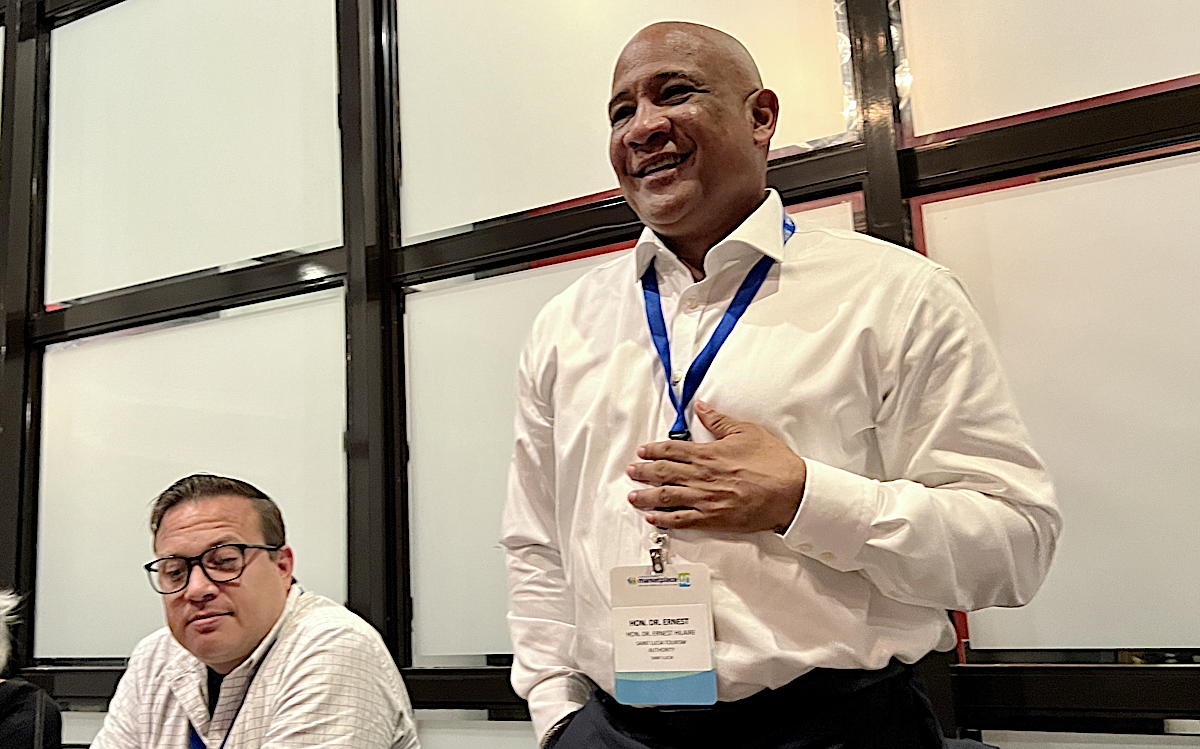 And in March 2023, the East Winds resort will debut a major expansion consisting of 48 new rooms and a renovation of 26 existing cottages.

A Courtyard Marriott Hotel is scheduled for completion in 2023 at Pointe Seraphine in Castries, adjacent to the Duty-Free shopping complex.

Hyatt will build a 345-room luxury Grand Hyatt on the southwestern corner of the island in Choiseul, with views of the Pitons.

Festivals in Saint Lucia are also back in action.

This month, for Creole Heritage Month, there are local musical and theatrical performances, seminars and lectures, street parties and art exhibitions.

Notably, the Saint Lucia Jazz and Arts Festival will return May 5-14, 2023, after a three-year hiatus, showcasing R&B, hip-pop, reggae and Latin music, as well as local artists.

Saint Lucia’s travel advisor roadshows were back in force during the summer in Canada, the U.S. and the U.K.

Saint Lucia’s strategy for the trade is to provide training for each niche market through global events, such as its inaugural Romance Summit from Oct. 13-17 and Adventure Week starting Nov. 6, Charles-St. Jules said.

The tourism authority will also bring back its Global Piton Awards, which recognizes top-performing agents worldwide, on Nov. 14.

“We’re going wine, dine and honour [travel advisors] for all of their production and loyalty to Saint Lucia,” Charles-St. Jules said.