VISIT FLORIDA brought some much-needed sunshine to Toronto on Tuesday night (Jan. 17) as the team met with travel partners at a networking reception at MARKED restaurant downtown.

As margaritas and sliders were served, Dana Young, CEO and President of VISIT FLORIDA, which is represented by Vox International in Canada, enthusiastically shared the latest destination updates with PAX.

Canada is the number one international visitor source for Florida, and while Canadians are returning to the Sunshine State’s beaches, theme parks and wildlife reserves, the destination hasn’t returned to pre-pandemic numbers just yet.

Around four million Canadians visited Florida in 2019, Young said, and in 2022, during the first three quarters, that number reached the 1.6 million mark (this also recognizing that Canada’s pre-departure testing rule didn’t lift for fully vaccinated travellers until April 1).

Once results for Q4 are in, Young expects visitation numbers from Canada to be roughly half of what they were pre-COVID. 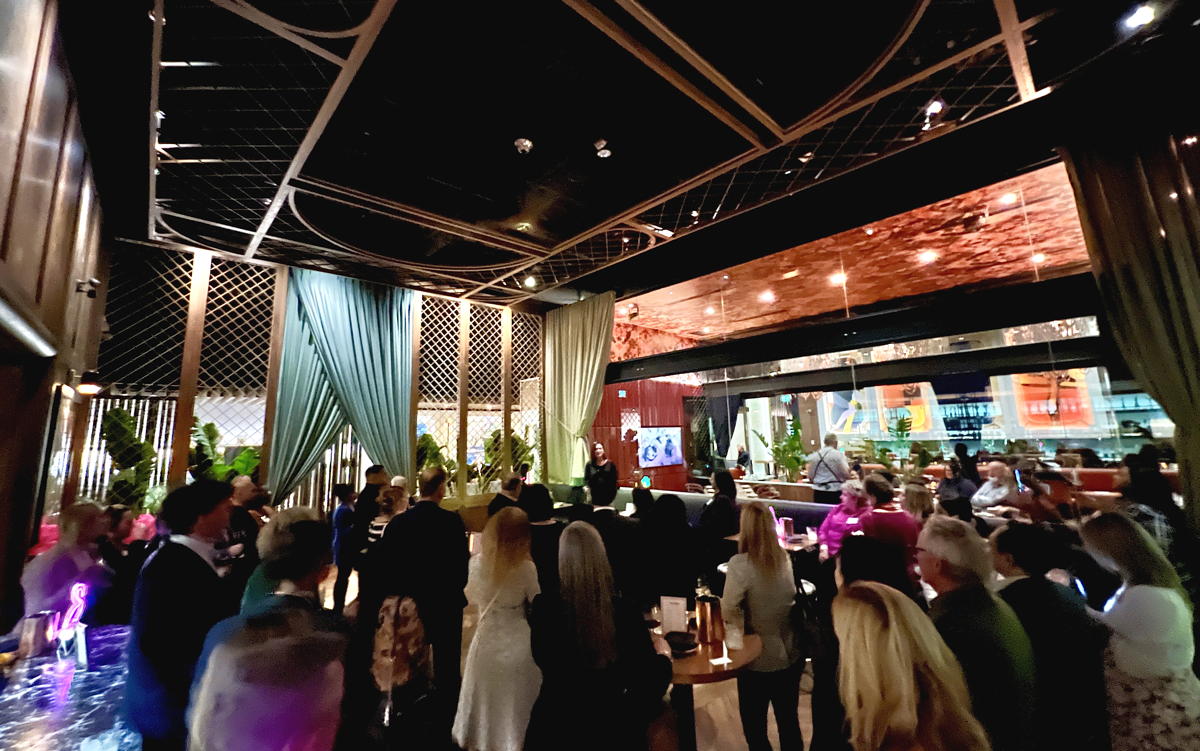 It’s not that Canadians aren’t excited to travel – the thousands of passengers that filled Canadian airports last spring and summer, and during the holidays, points to an enthusiastic market.

It really comes down to lift and capacity, Young said.

“Air Canada is probably the closest back to their original capacity,” she said. “They have more flights [to Florida], but they have less capacity because they're using smaller planes.”

Still, there has been exciting developments in improving Canada’s connectivity with Florida.

It’s a big deal. Previously, the only other non-stop flight from B.C. to Florida was WestJet's once-weekly route to Orlando. 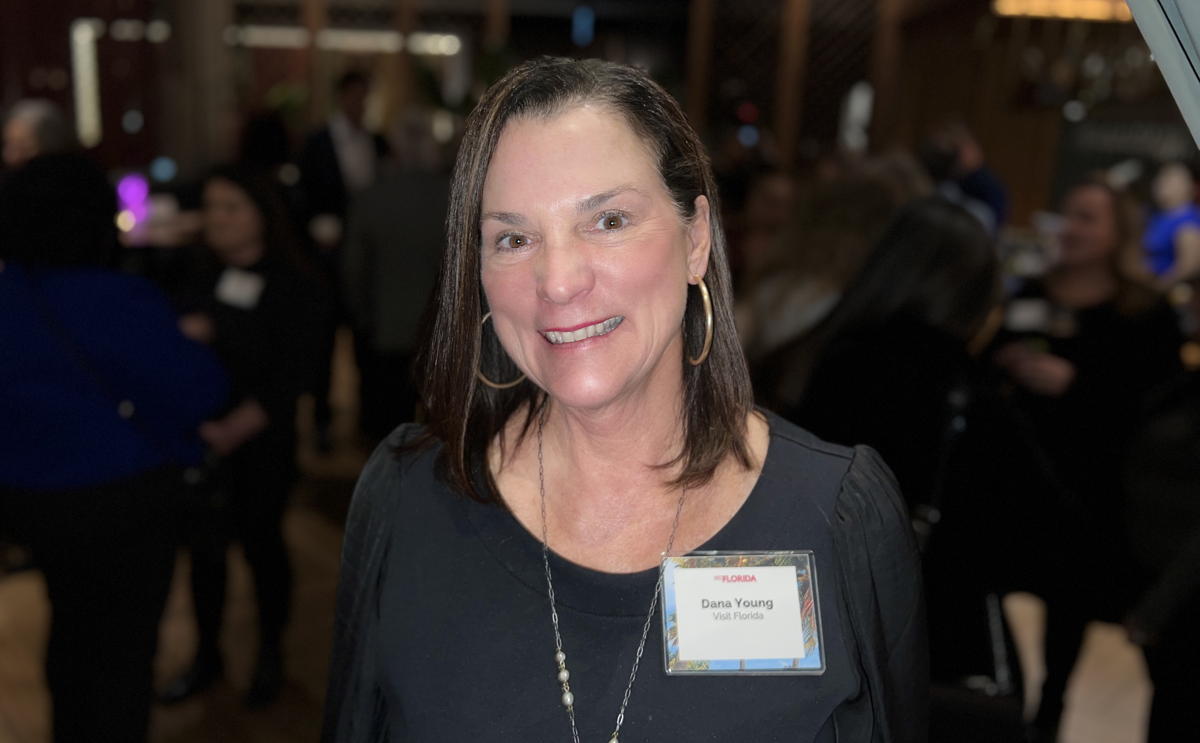 And for travellers in B.C., it’s “shorter than going to Hawaii,” Young pointed out. “Florida is cheaper, people can rent a car easily, and there's a lot more diversity in products,” she said.

Rumour has it that one of Air Canada’s competitors is also looking to launch a new Vancouver-Miami flight.

“Vancouver is starting to be the hot ticket,” Young said. 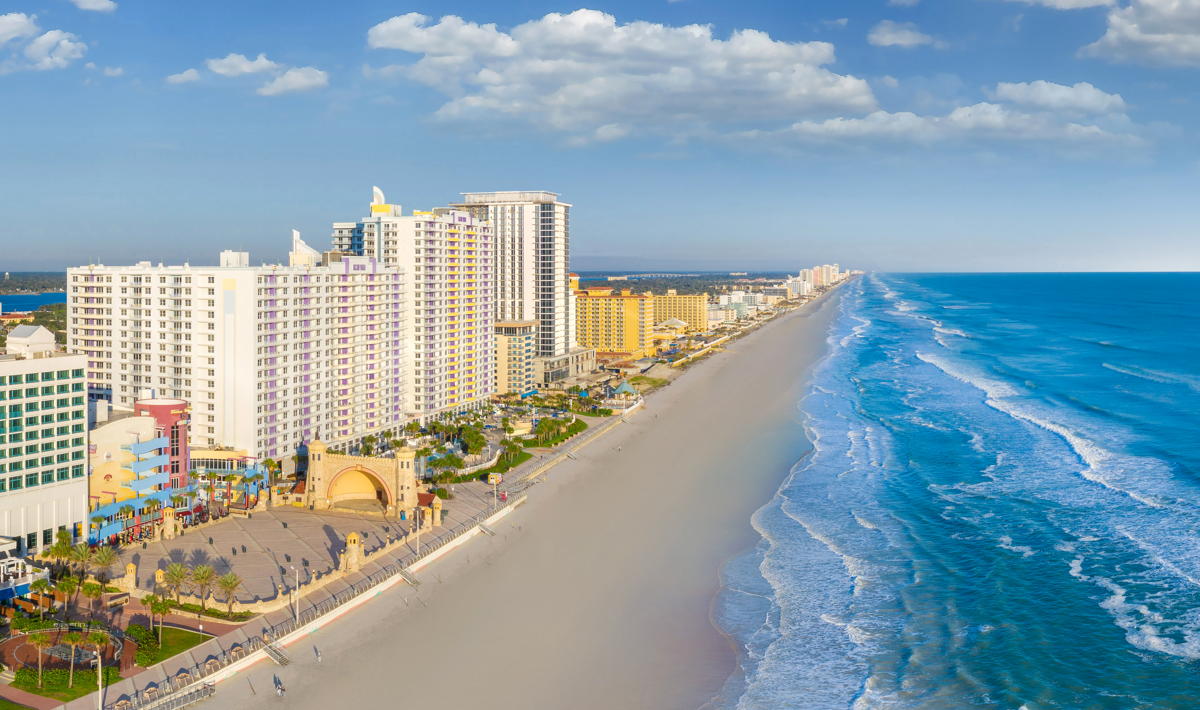 During the COVID-19 pandemic, Florida, for the most part, remained open. Travel and tourism didn’t really close and local businesses weren’t forced to rehire or retrain employees.

In other words, the Florida experience that Canadians have come to know and love is still there.

But Florida has also been exceling in other ways – specifically in regards to where it fits into the U.S. international inbound market as a whole.

For years, New York was number one, holding down at least 30 per cent of the market share, with Florida coming in at number two. 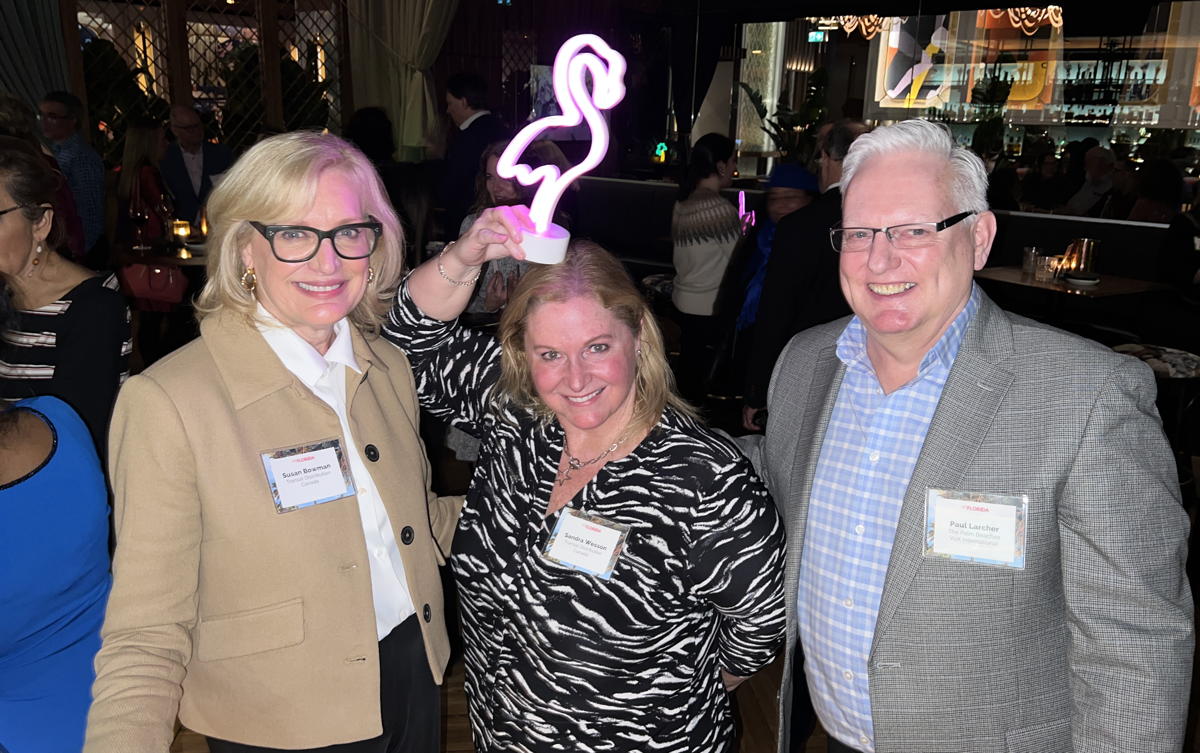 This, however, changed in 2021 when Florida surpassed New York, and by 2022, it dominated the international inbound market at 44.6 per cent, Young said.

“We have not only surpassed New York, but we have crushed it,” Young told PAX. “We love that.”

Florida’s marketing and training activities in Canada – even during the darkest days of the pandemic – didn’t slow down either.

“We never stopped with our commitment to our Canadian partners,” Young said.

READ MORE: These Kissimmee vacation homes are on the doorstep of Florida’s top theme parks

There was, notably, VISIT FLORIDA’s campaign called “Wanderlust: Florida,” a docu-series that aired on the Weather Network and shined a light on many of the state’s hidden gems.

New travel trends emerged as well: in Kissimmee, just south of Orlando near Disney World, the demand for rentable vacation homes took off as families sought out their own personal space outside of traditional hotels, where parents could also work remotely in a comfortable, spacious setting. 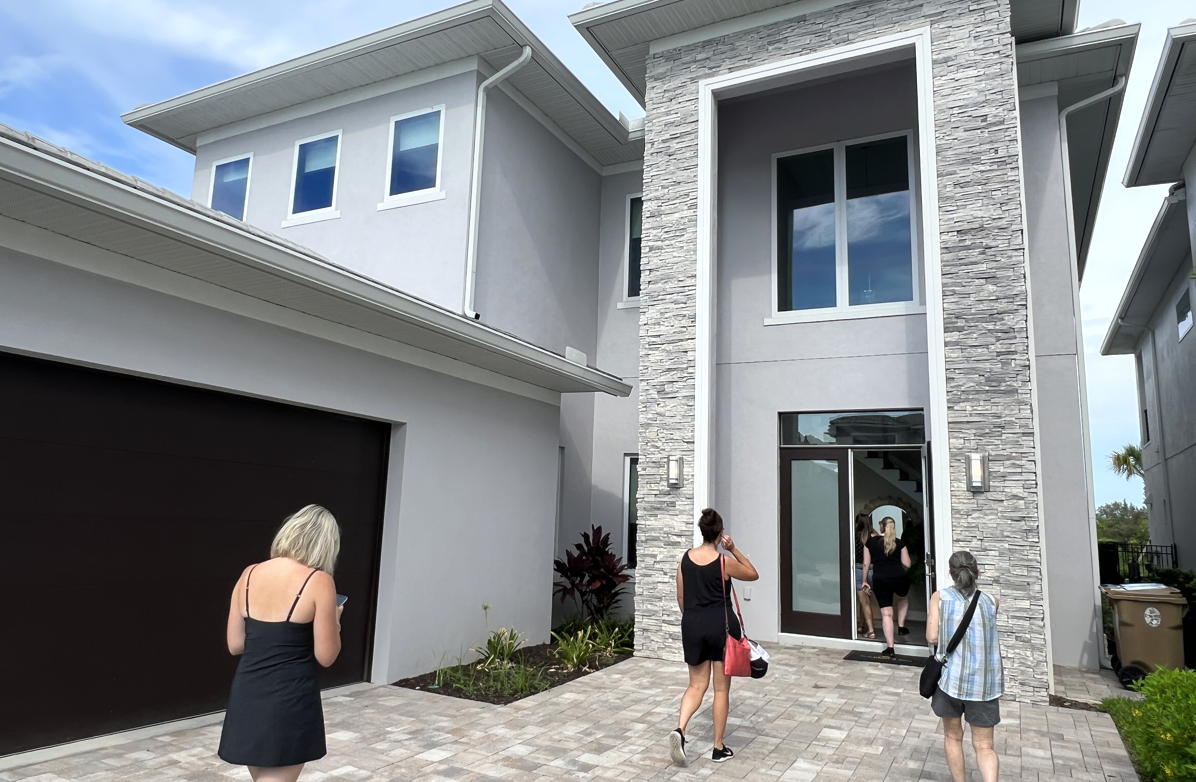 One of Florida’s main messages during COVID was that it’s not a crowded state and that locals live most of their life outside thanks to warm temperatures and access to an abundance of parks and wetlands.

Major theme parks – like Walt Disney World Resort and Universal Orlando Resort, which continue to grow with new attractions – and Florida’s 825 miles of beautiful beaches continue to be a major draw for tourists.

“But we’re also trying to educate the consumer about things they can do that are a short drive away from key airports like Tampa, Orlando, Fort Lauderdale and Miami,” Young said.

This is where new and exciting culinary experiences enter the picture: Florida, last year, released its inaugural Michelin Guide for Miami, Orlando, and Tampa.

“Which we’re super proud of,” Young said. “It's been a huge deal for our restaurant scene in Florida.”

The first round of Michelin stars were released last spring and new designations are likely to be revealed this summer, she said.

But beyond Michelin-rated venues, there’s also a push to promote Florida’s diverse cuisine in general, from five-star dining to beach-side food trucks to Cuban bakeries to ice pops. 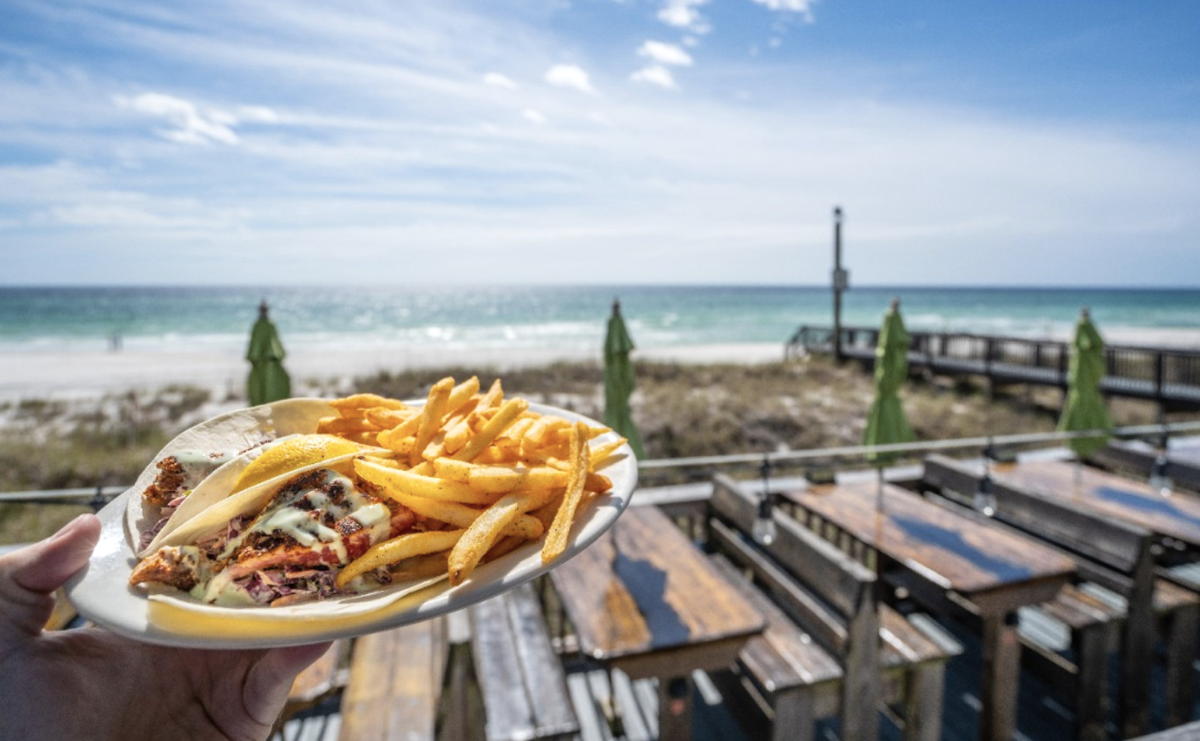 Local culinary gems are highlighted in a series of 10 to 12-minute videos called “You've Gotta Try This: Chef’s Edition” whereby Chefs showcase much-loved dishes and recommend a restaurant (or Chef) in another city, whether it be a pie shop in Jacksonville or an Italian restaurant in Tampa.

Travel accessible to all

Florida has also made progress in its goal to become the “number one accessible destination in the world.”

VISIT FLORIDA has been updating its website with new resources for people of all abilities and, pre COVID, the team launched a video series, called “Limitless Florida," which shows activities Floridians and guests, of all abilities, can do in the state.

READ MORE: VISIT FLORIDA's goal to be the “number one accessible destination in the world”

The initiative started with a module on VISIT FLORIDA’s website, which has since grown into an in-depth resource of travel tips, solutions and partnerships that highlight accessible hotels and activities.

Currently in the works is a partnership with a social enterprise called Wheel the World, which maps out hotel rooms for travellers with vision impairment or low vision.

“We realized that so many of our visitors have some sort of disability, either physical or non-visual,” Young said. “And we realized that resources were not available.”

“If you're a family or a person that has a need for accessible accommodation, you can now go to visitflorida.com, access our accessibility portal, and hopefully look up a hotel and find what's available…It's grown by leaps and bounds.”