“Ladies and gentlemen, we are living in different times,” said Cuba’s Minister of Tourism, Manuel Marrero Cruz. “In order to meet our commitments this year, we must make choices. We have to do things differently.” 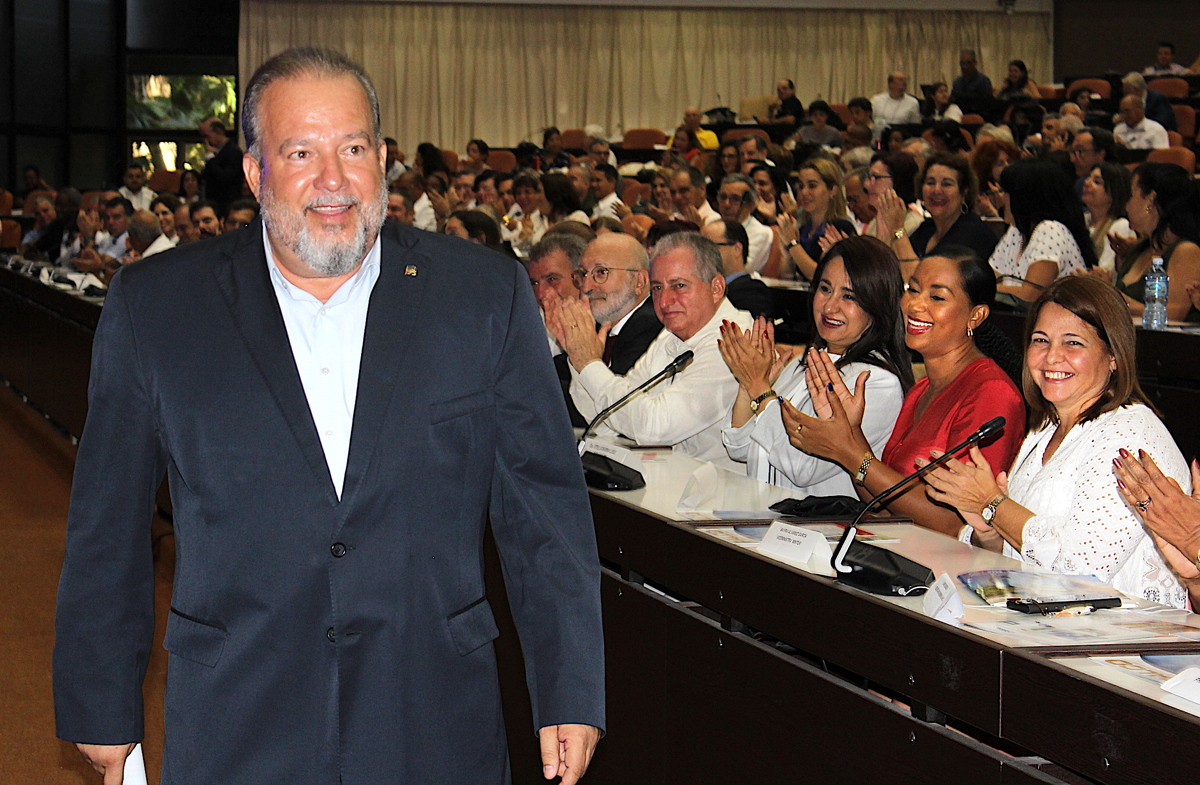 The week-long conference, which took place from May 6th to 11th in Havana, drew roughly 2,700 attendees, from foreign businesspeople to tour operators to travel agents to journalists from Canada, Europe, South America and Asia.

This year’s conference focused on events and incentives and presented the latest products, hotels, marinas and other tourism-related entities at a rousing trade show.

While Cuba has record numbers and new projects to report, the country's tourism board reaffirmed its commitment to providing tourists with a quality experience.

“We must continue promoting, improving and expanding our hotel occupancy and improving [the] quality. We must provide more options to cruise tourists,” Mr. Marrero Cruz told attendees at FITCuba’s opening session at Fortress of San Carlos de la Cabaña in the Historic Center of Old Havana, the conference’s homebase for the week.

“Betting on Cuban tourism is betting on improving the quality of life of the Cuban people and reaching great prosperity, which is our chief goal,” the Minister said.

The majority of builds in the three billion dollar strategy will unfold in Varadero and Cayo Coco, with an emphasis on Havana, which is currently celebrating its 500th anniversary. 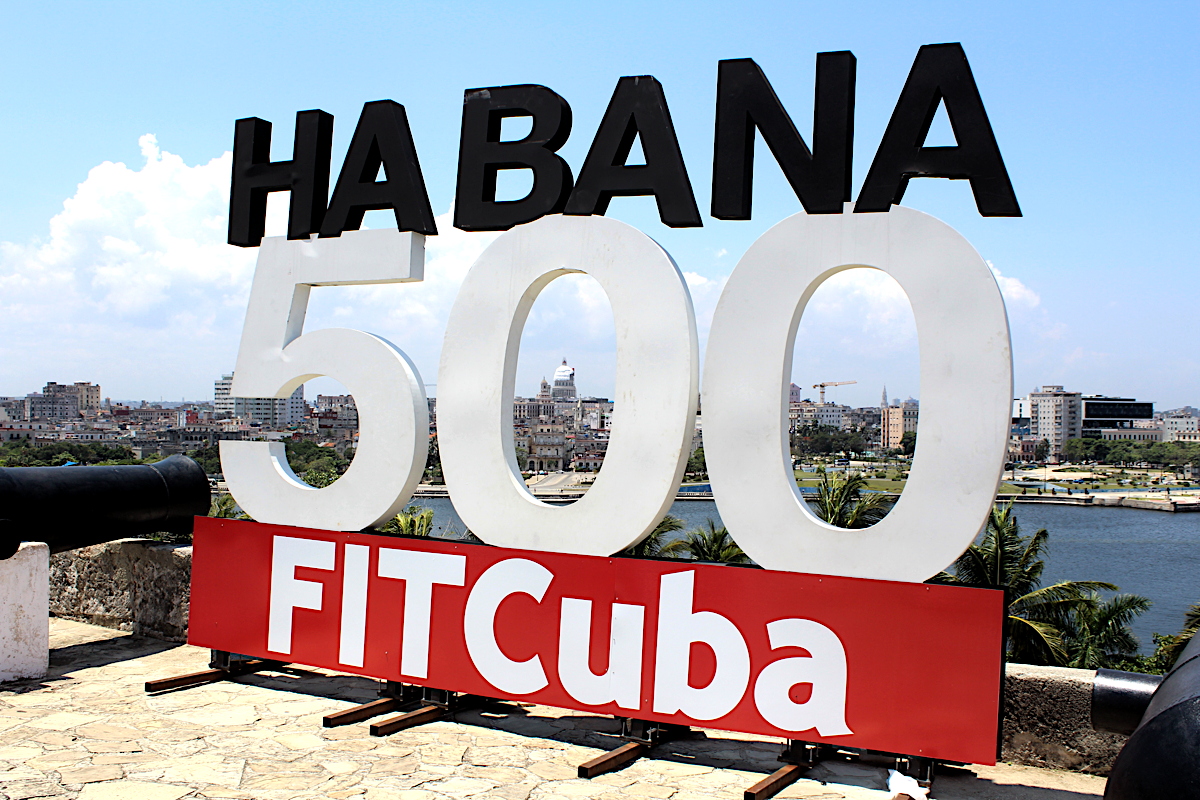 Thirteen new lodging facilities will open in Havana this year, the Minister noted, among them including: 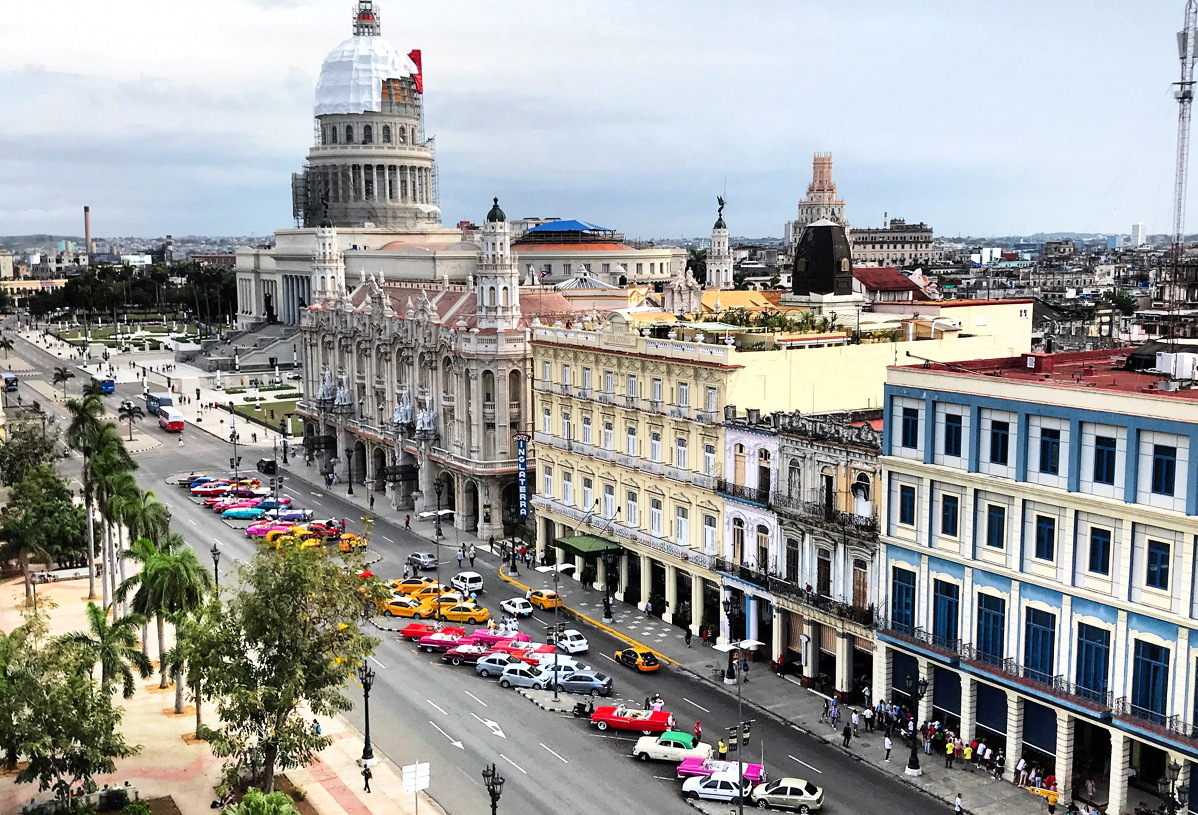 Other new builds on the Cuba hotel block include:

Home rentals is a trend that tourists can expect to see in the next coming years, with 26,000 rooms already available across the country, the Minister said.

“We have more rooms for tourists in the private house-rental sector than in others,” Mr. Marrero Cruz said, noting that a nationwide strategy has been unrolled to provide training to people in Cuba who rent their homes.

Despite efforts to implement WiFi in Cuba’s hotels – and Internet hot spots in designated beach areas – poor connectivity is still an ongoing “area of complaint” from visitors, the Minister of Tourism said.

“We all know the measures that are being implemented,” Mr. Marrero Cruz told conference attendees. “Progress has been made with the introduction of new functionalities.”

Cuba’s plans to improve its Internet access falls in line with an acknowledgment of today’s “2.0 traveller” – people who use technology before, during and after visiting a destination.

Cuba’s nationwide digital strategy includes the experimentation of “smart destinations” – resorts that are connected, facility-wide, to the World Wide Web. Locations that have already joined this project are Cayo Santa Maria and Cayo Largo del Sur.

According to Cuba Tourism, 57 per cent of people in Cuba have access to internet, with 42 per cent using a social network. 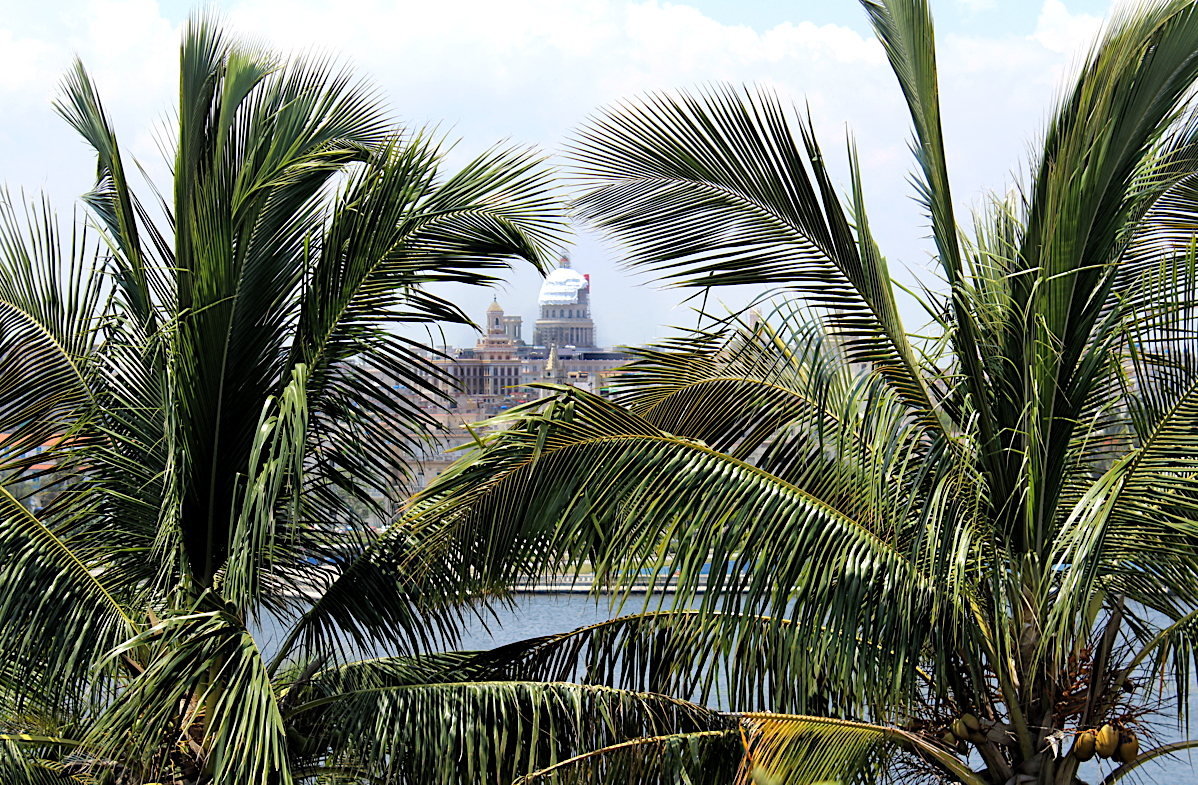 Of all the hotels in Cuba, 66 per cent currently offer WiFi in common areas or serving rooms and the plan is to have Internet available everywhere, including free WiFi in Cuba's airports, by 2022, officials said.

Also in the works is the Cuba Travel Portal, an online resource that will be a primary channel to promoting and marketing Cuban tourism services safely.

Mr. Marrero Cruz wasted no time in sharing some of Cuba’s latest tourism figures, the bulk of which have been growing consistently for the past decade.

Despite a dip in numbers at the tail-end of 2017 on account of Hurricanes Maria and Irma, which devastated regions across the Caribbean, Cuba bounced back in 2018, reaching a new milestone of 4.7 million visitors, an increase of one per cent.

Cruise passengers visiting Cuba skyrocketed in 2018, showing a 46 per cent increase. That roughly translates to 800,500 cruisers entering the country from 25 different vessels owned by 17 companies. 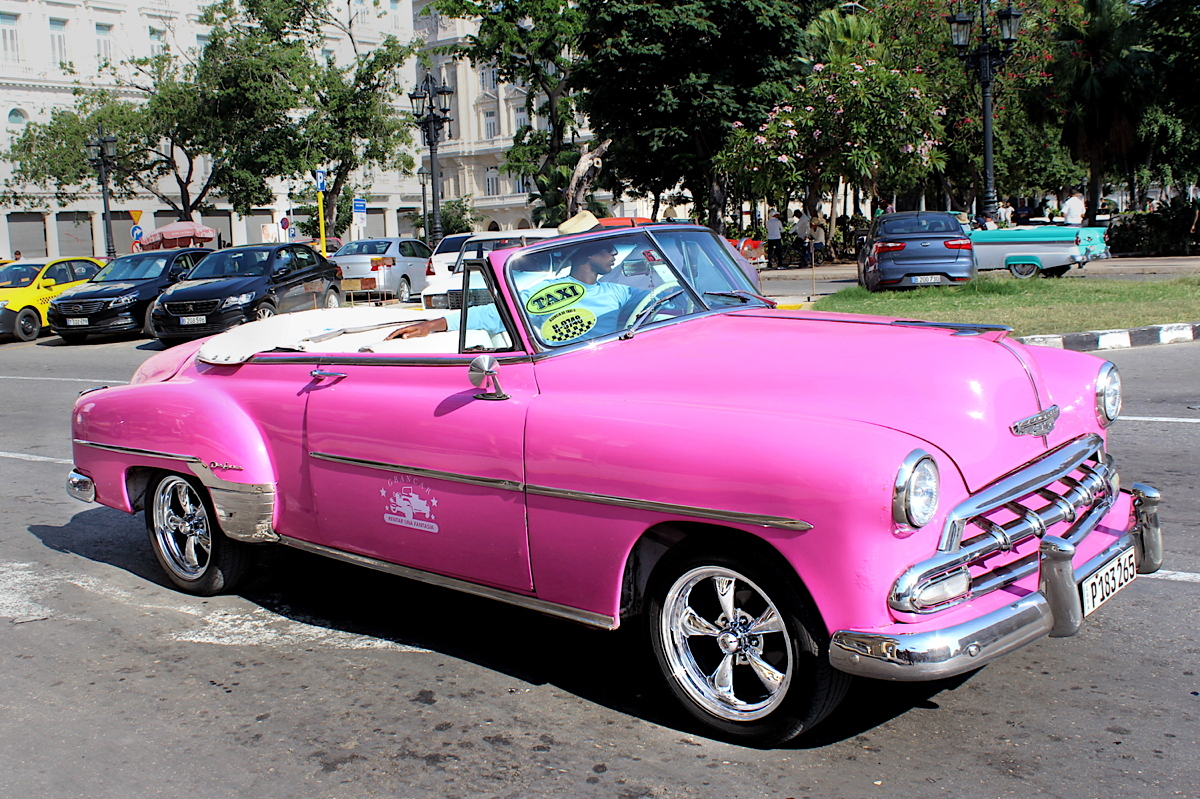 This year shows no signs of slowing down. From January to April 2019, visitor arrival in Cuba reached 1.9 million, an increase of 7 per cent compared to that same period in 2018.

The tourism Minister pointed out that as of May 6th, last Monday, Cuba reached 2 million international visitors, 12 days ahead of his team’s projections. The country is forecasting a record 5 million visitors this year.

More than half of tourists who come to Cuba arrive in Havana, the Minister said, referencing the 59 airlines that connect to the historical capital city known for its Spanish colonial architecture.

On top of all this, 41 per cent of tourists who come to Cuba are repeat visitors, the Minister noted.

As far as international visitors go, Canada was given a special nod for being what Mr. Marrero Cruz called Cuba’s “number one tourist supplier market.”

“[Canada] accounts for 23 per cent of total tourist arrivals in Cuba, which is 1.1 million visitors,” the Minister told conference attendees.

American tourists, who can travel to Cuba only via 12 authorized licences, were up by 174 per cent before the hurricanes of 2017 hit.

That figure dropped by 40 per cent last year, but has been recovering slowly, showing a three per cent increase by end of last year thanks primarily to inbound cruise passengers, the Minister said.

Last month, the Trump administration announced it was tightening U.S. travel restrictions on Cuba and allowing U.S. citizens to bring lawsuits against foreign companies profiting from property taken from them after Cuba’s 1959 revolution. 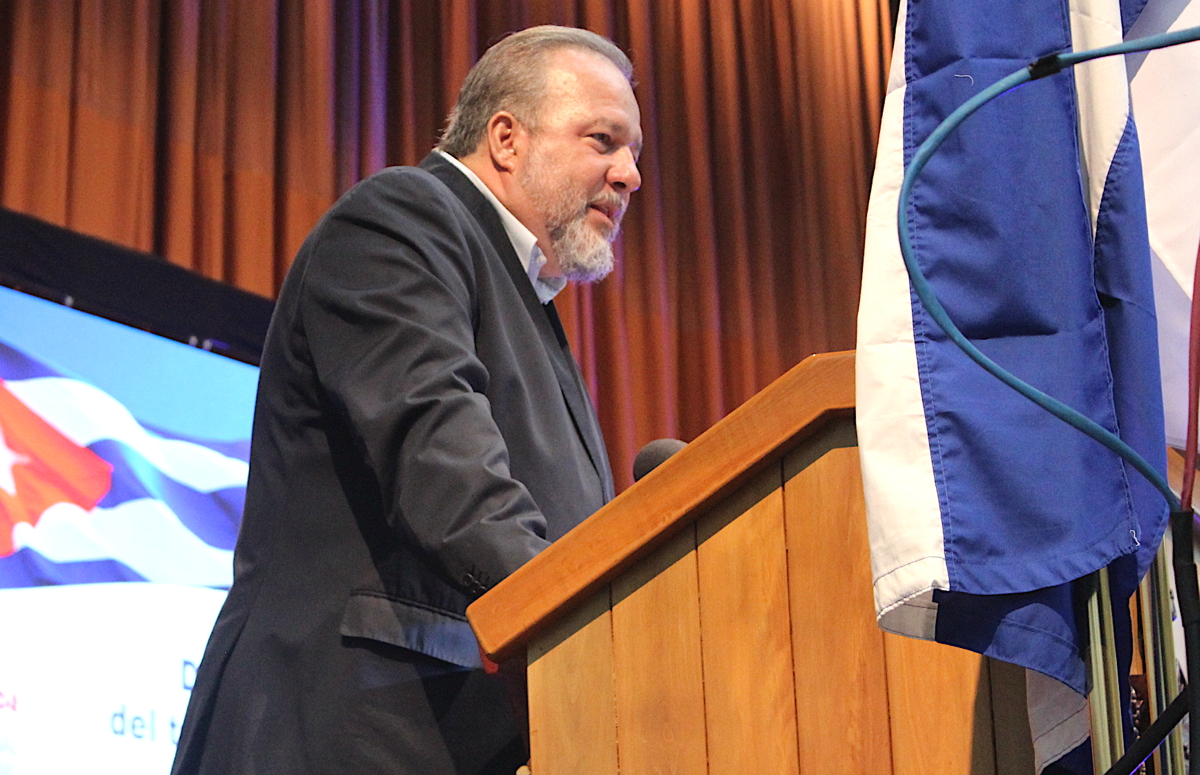 “Cuba will never leave behind those who stretched a hand to us in our tough times,” the Minister said, acknowledging the 26 U.S. companies and 50 members of the U.S. business community there were in attendance at FITCuba.

Spain continues to be one of Cuba’s leading investors and it was Cuba's country of honour at this year’s conference.

On the environmental front, Cuba has created a strategy called Life Task, a campaign devoted to the recovery and maintenance of its many beaches and counteracting impact on vulnerable areas.

The Minister of Tourism also confirmed that Cuba will begin to “gradually eliminate plastic materials” from its tourism sector.

FITCuba's 2020 conference will be held in Varadero and will recognize Russia as next year's country of honour.