All eyes – and ears – were on Vienna last night (Oct. 1st) at Toronto’s Bisha Hotel, where the Vienna Tourist Board and partners held a celebratory info night about Austria’s capital, which is gearing up for a symphony of events to mark Beethoven’s 250th birthday in 2020.

“Beethoven was a genius,” Elke Bachner of the Vienna Tourist Board told PAX at the event, which welcomed guests with a string quartet. “He changed the world of classical music.”

Vienna’s unique music, art and culture scene was shaped by many famous residents such as Beethoven, Mozart and Sigmund Freud. 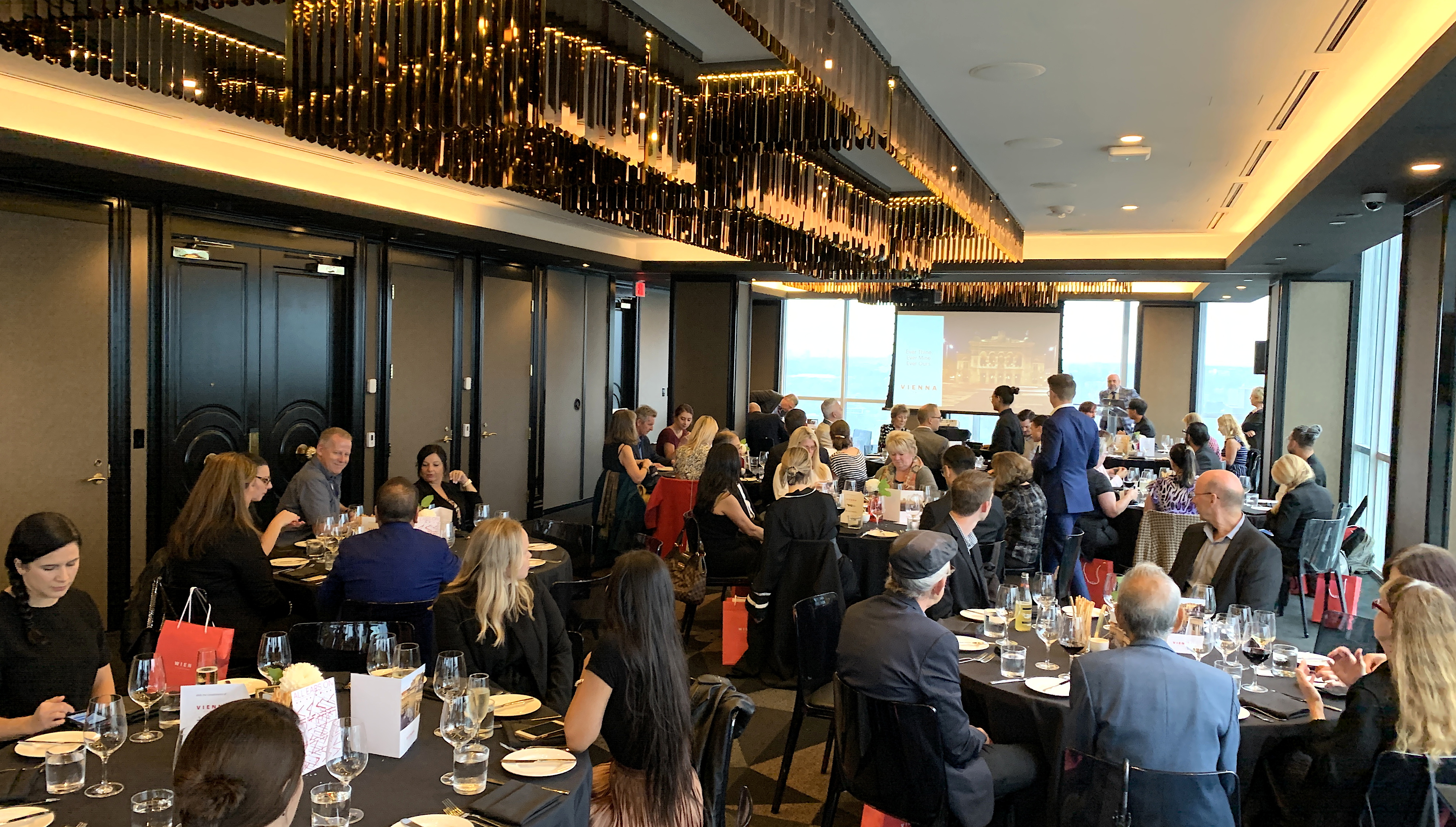 Ludwig van Beethoven, who was born in in the city of Bonn, moved to Vienna when he was 17-years-old to study under Mozart. He left the city not long after that to be by his mother's deathbed, only to return at age 22.

Vienna was Beethoven’s home for the next 35 years until his death in 1827, and the city was a major focal point, and influence, behind his many famous compositions.

Today, visitors to Vienna  - aptly named “The Capital of Music” – can find traces of the great composer’s life citywide, such as the Beethoven Museum, an exhibition at Probusgasse 6 in Heiligenstadt in the 19th district that was built as an extension of Beethoven’s original apartment. 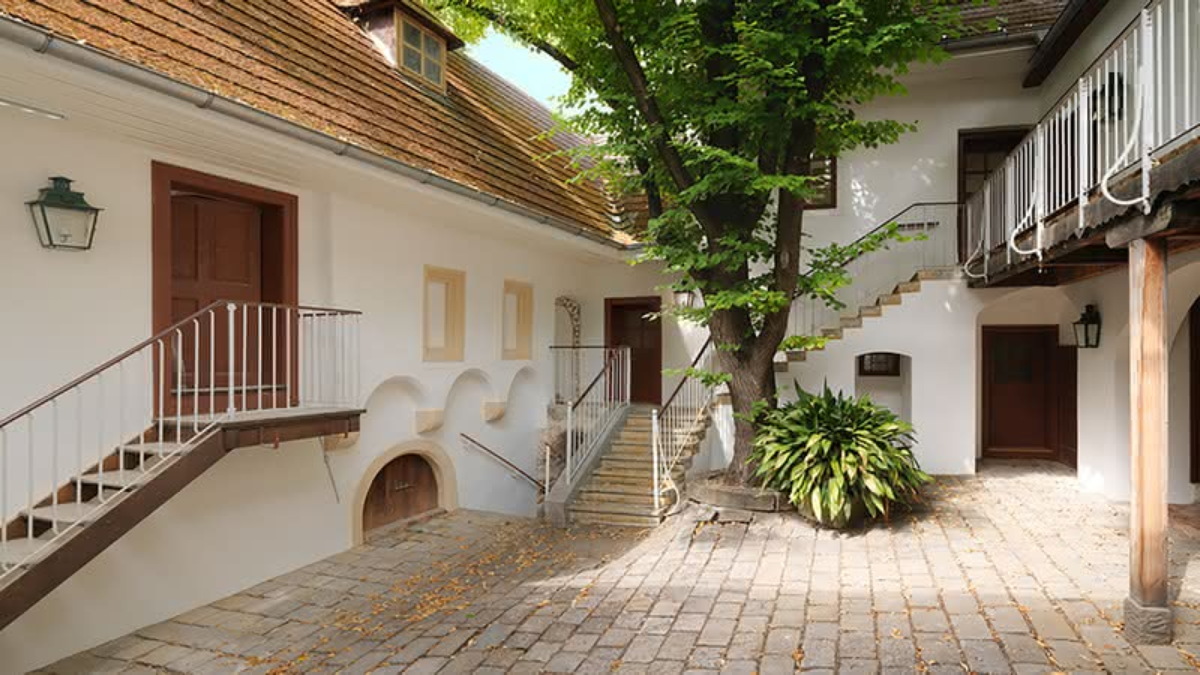 The modern exhibition leads guests through 14 rooms, with well-researched areas about the history of the house, Beethoven's move from Bonn to Vienna, the surrounding nature,  his life as a composer and his legacy.

“Beethoven was so much in love with nature,” Bachner told PAX. “When he became deaf, nature helped him to compose with his eyes.”

In Beethoven Park, opposite the Vienna Konzerthaus, there are two bronze depictions of Beethoven: Caspar Zumbusch's sculpture erected in 1880 and the contemporary monument by Markus Lüpertz from 2017.

The composer's grave of honour can be visited at Vienna’s legendary Central Cemetery at Simmeringer Hauptstrasse 234.

Next year, a detailed schedule of concerts, operas, and exhibitions in beautiful Viennese locations will be held to celebrate Beethoven’s life. 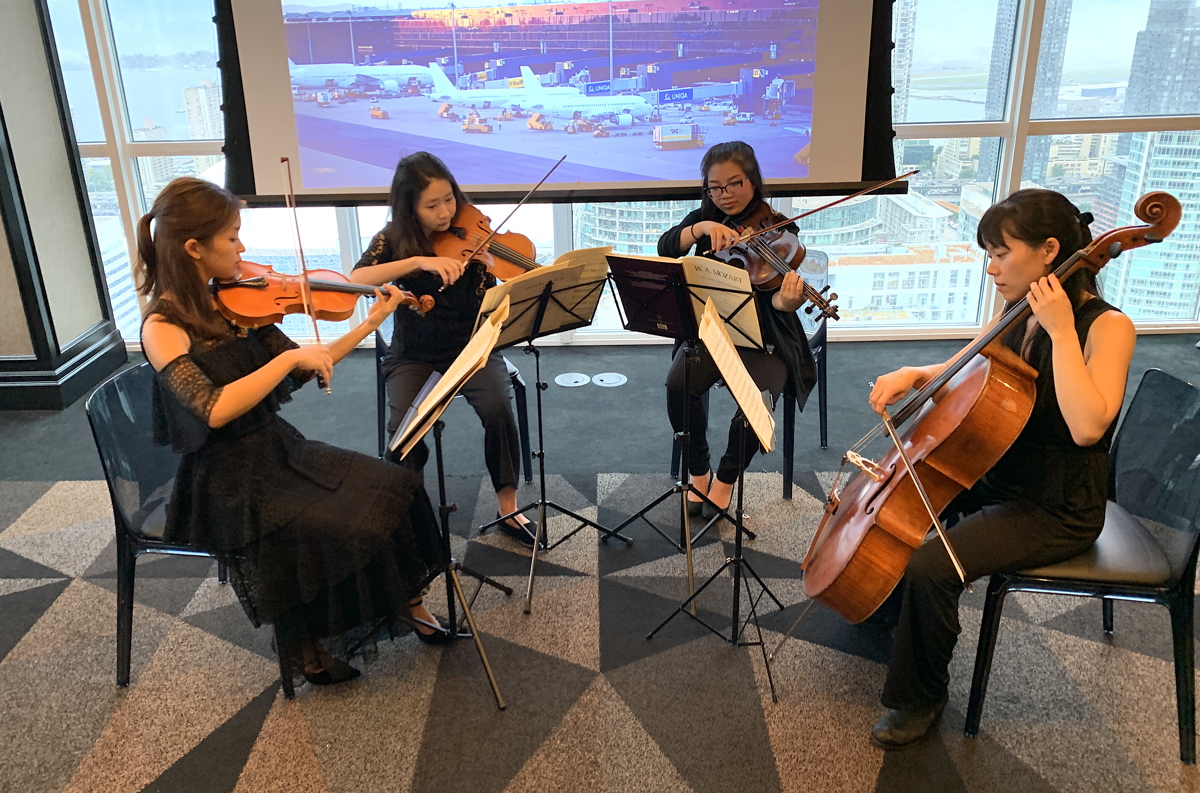 For instance: Beethoven completed only a single opera: Fidelio – which in 2020 can be experienced at the Vienna State Opera as well as the Theater an der Wien.

The Theater an der Wien, where Beethoven was employed for a while and even lived at one point, will become a "place of remembrance" in 2020.

One of many highlights include the production of Fidelio or Die eheliche Liebe by two-time Oscar-winner Christoph Waltz, happening from March 16-27, 2020.

(For complete listings of Vienna’s plans for Beethoven 250th anniversary in 2020, click here).

Into the heart of Europe

Vienna is located in eastern Austria on the Danube River, and is famous for its Imperial palaces, fascinating museums, and historic and contemporary architecture. The city served as a backdrop for many other influential artists, such as Egon Schiele, Gustav Klimt and many others. 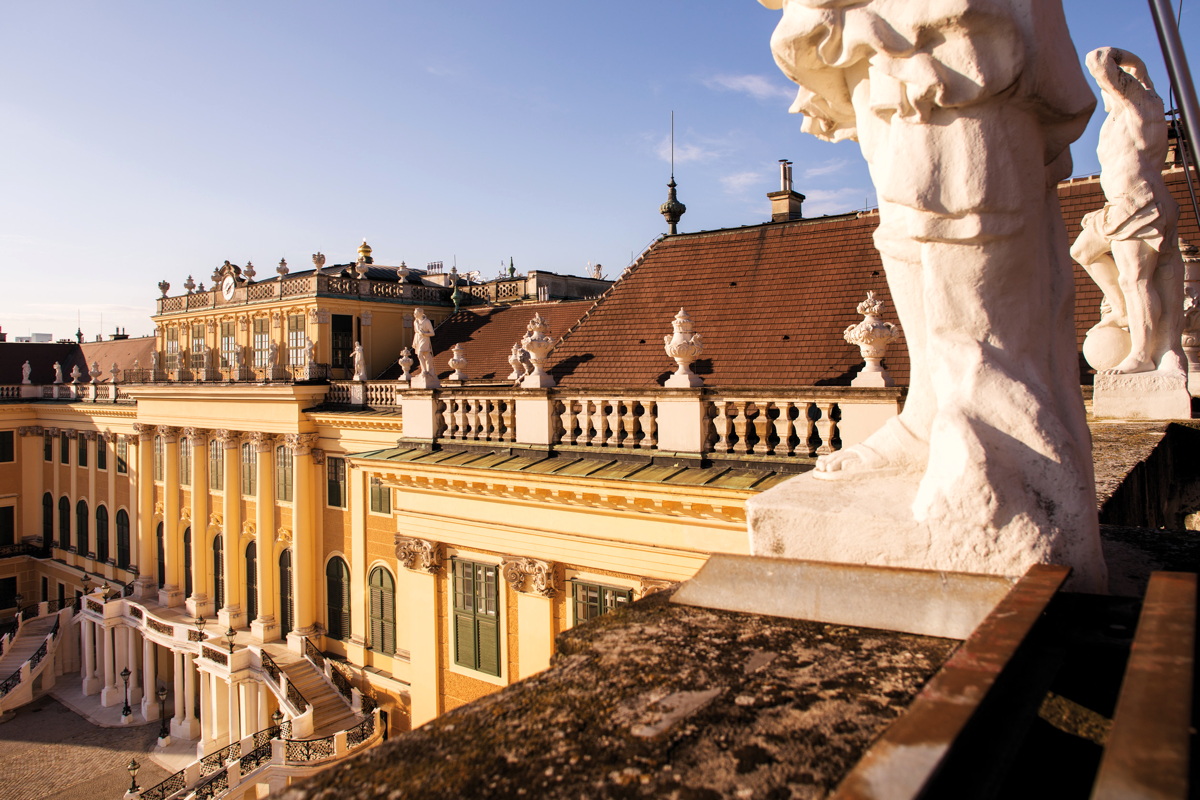 Vienna’s high quality of life is routinely celebrated – this year, and for the tenth time in a row, the city was crowned “the most livable city in the world” by international consulting firm Mercer, which assess the quality of life in 231 cities around the world.

Vienna is rooted in tradition, from its age-old Christmas Markets (which dates back to the Middle Ages when Vienna's citizens were granted the privilege of holding a December Market or "Krippenmarkt") to Viennese ball culture - wildly romantic evenings of elegance, waltz dancing and local society.

In fact, Vienna hosts more than 400 balls each winter, and they are attended by some 300,000 visitors from all around the globe.

“The great thing about Vienna is that the destination is right smack in the middle of Europe, and you’re relatively close to a lot of neighbouring countries,” said Armando Mendonca, president of AMPM, which represents the Vienna Tourist Board in Canada. “You can spend three, four days in Vienna and then take the train to Prague, Budapest, Italy or even Switzerland, which are just hours away. It’s such great place to start a European package.” 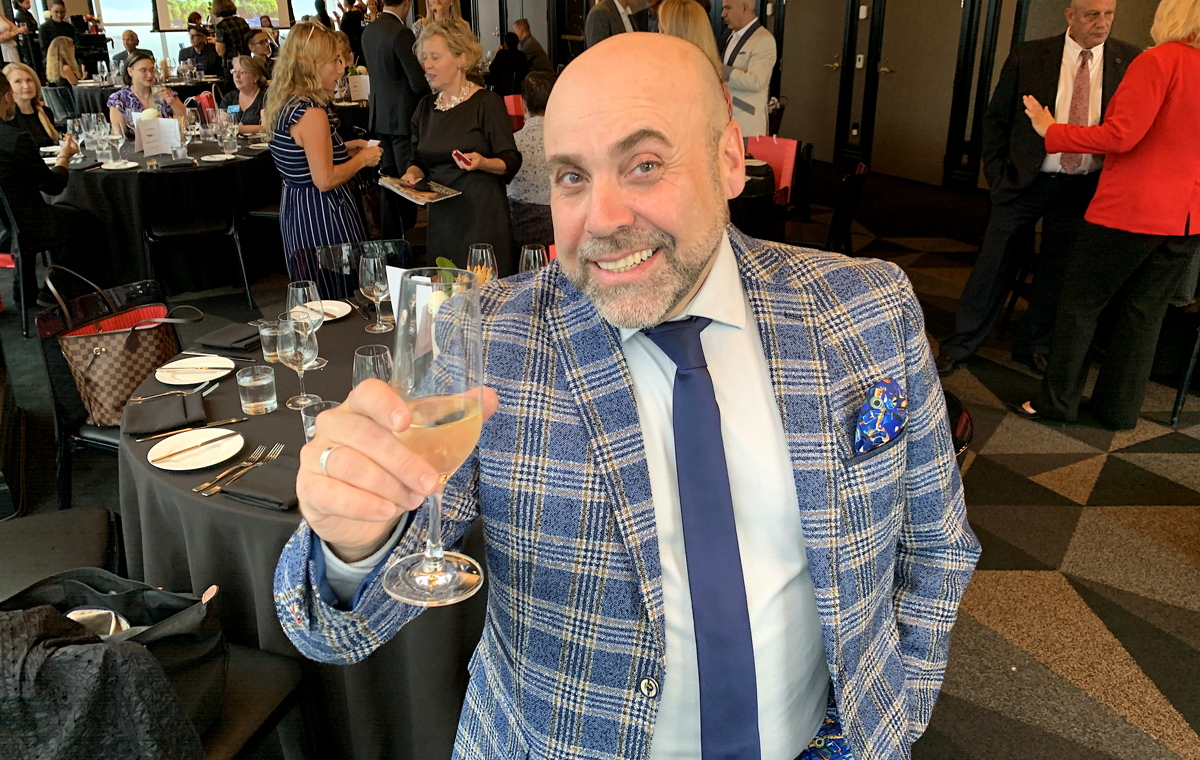 Local accommodations also reflect a healthy mix of old and new. “They’ve taken these old places and modernized them,” Mendonca said. “You get old Viennese charm with all the modern conveniences.”

Getting there with Air Canada

The flights – which depart Toronto in the early evening and arrive in Vienna in the morning – operate on board Air Canada's flagship aircraft, the Boeing 787-9 Dreamliner, which features signature class, premium economy and economy cabins.

“It’s a beautiful, beautiful plane,” Sabina Steffensen, national manager of specialty sales at Air Canada, told PAX, noting the Dreamliner's top-notch air circulation system. "People who travel a lot and experience the Dreamliner say they don’t feel the jet lag that they feel on other planes because of the air quality.” 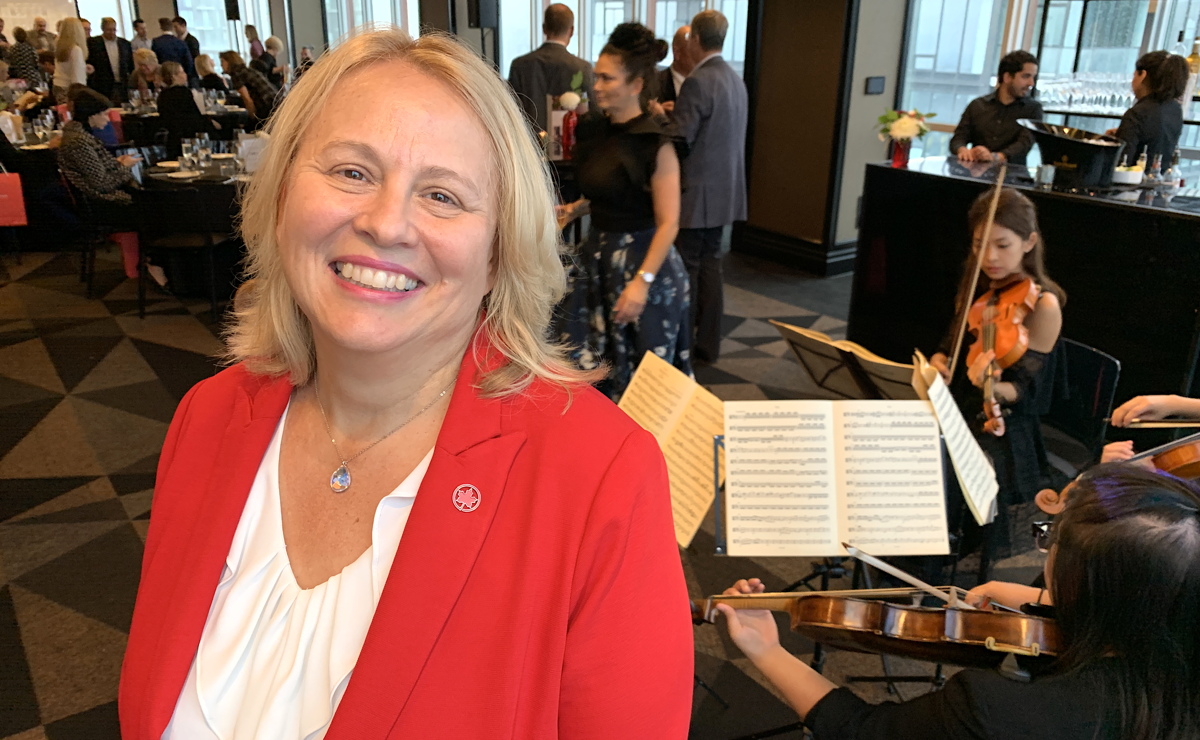 Steffensen also noted the Dreamliner’s large windows, which can be dimmed by the tap of one's fingertips (as opposed to maneuvering a traditional window shade).

“There’s even a window in the bathroom, which is unique,” Steffensen noted.

The service is offered in partnership with Star Alliance joint venture partner Austrian Airlines, complimenting their Montreal-Vienna flights, which also began in April.

Vienna by the numbers: