To get a sense of Belize’s natural splendor, you don't have to look any further than Anthony Mahler’s background image on Zoom.

The Honourable Tourism Minister for the Central American/Caribbean nation, this week, is using a picture of the entrance to Actun Tunichil Muknal as a backdrop for his virtual calls.

This is an historic cave in Belize located about an hour’s drive from Belmopan, the capital, near San Ignacio, Cayo District, and is, notably, a famous Maya archaeological site full of ceramics, stoneware and even skeletal remains.

Minister Mahler took the picture himself while visiting the cave – a “wet” one that requires you to swim into a mouth and then wade through ankle-to-chest-high water before climbing into a labyrinth of dry chambers – with family last weekend.

“I went last Saturday, I did it 20 years ago, and the impact is the same,” Mahler told PAX, meeting with us, virtually, on May 11 to update the trade on Belize’s progress during the COVID-19 pandemic. “It’s fascinating.”

Belize has the longest cave network in Central America and these cavernous ecosystems are not only a treasure trove of geological and archaeological discovery, but also a riveting window into ancient Mayan civilization. 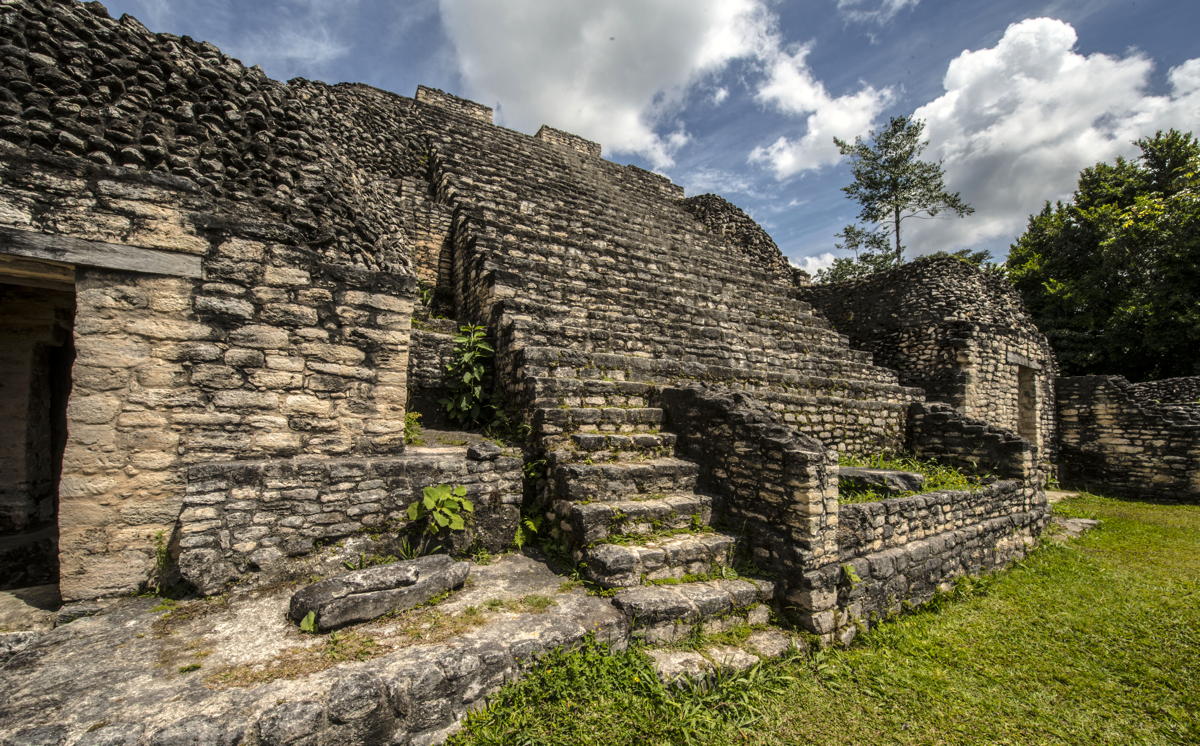 The first people to develop Belize were the Maya, dating back to 1500 B.C.E, and according to archeological records, they established many settlements there.

Belize, today, is a melting pot of ethnicities, languages and cultures.

Many citizens are “Mestizo” (a mix of Spanish and Maya), followed by Maya, Creole, Garifuna, Chinese and Mennonites.

Throw in a mix of Jamaicans, Lebanese, American and European expats, and Belize is a delightful and harmonious blend of diversity.

“I’ve been all over the world, but Belize is truly a fascinating destination,” Mahler said. 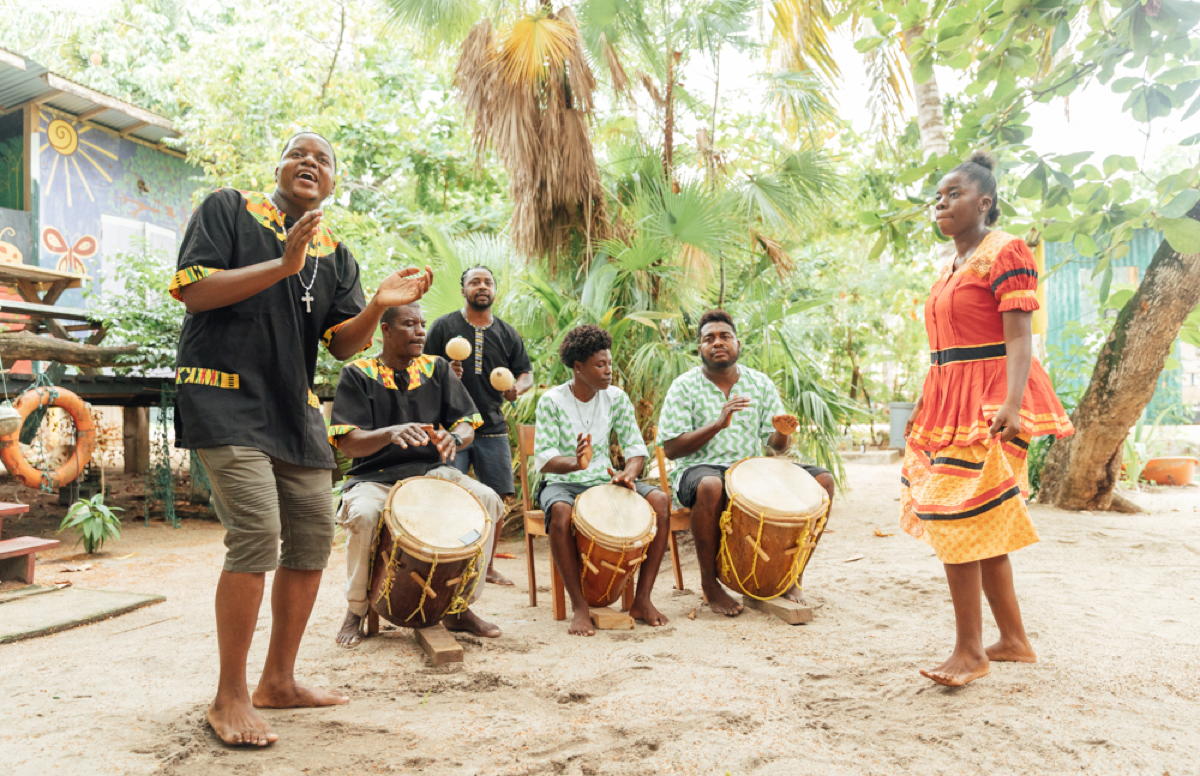 Belize, rich with jungles, wildlife reserves and several species of flora and fauna, is bordered to the north by Mexico, to the south and west by Guatemala and to the east by the Caribbean Sea.

The ability to spread out in Belize lends itself to “natural social distancing,” as Mr. Mahler put it.

In a pandemic context, Belize has emerged as a “safer” travel destination – the country, currently, is just 1 of 17 to make the U.S. Centers for Disease Control and Prevention’s “Level 2 – Moderate” risk list for COVID-19.

The region's success in controlling the spread of the coronavirus, Mahler said, is owed to strict border measures, as well as standardized protocols for tourism businesses.

The initial spread of COVID-19 in Belize, he explained, was caused by what he calls “border jumpers” – people in neighbouring Mexico and Guatemala that were, at the height of the global pandemic, entering the country on a regular basis.

“We had a lot of people coming in, doing construction work in major tourism areas. That’s how the spread started,” Mahler said. 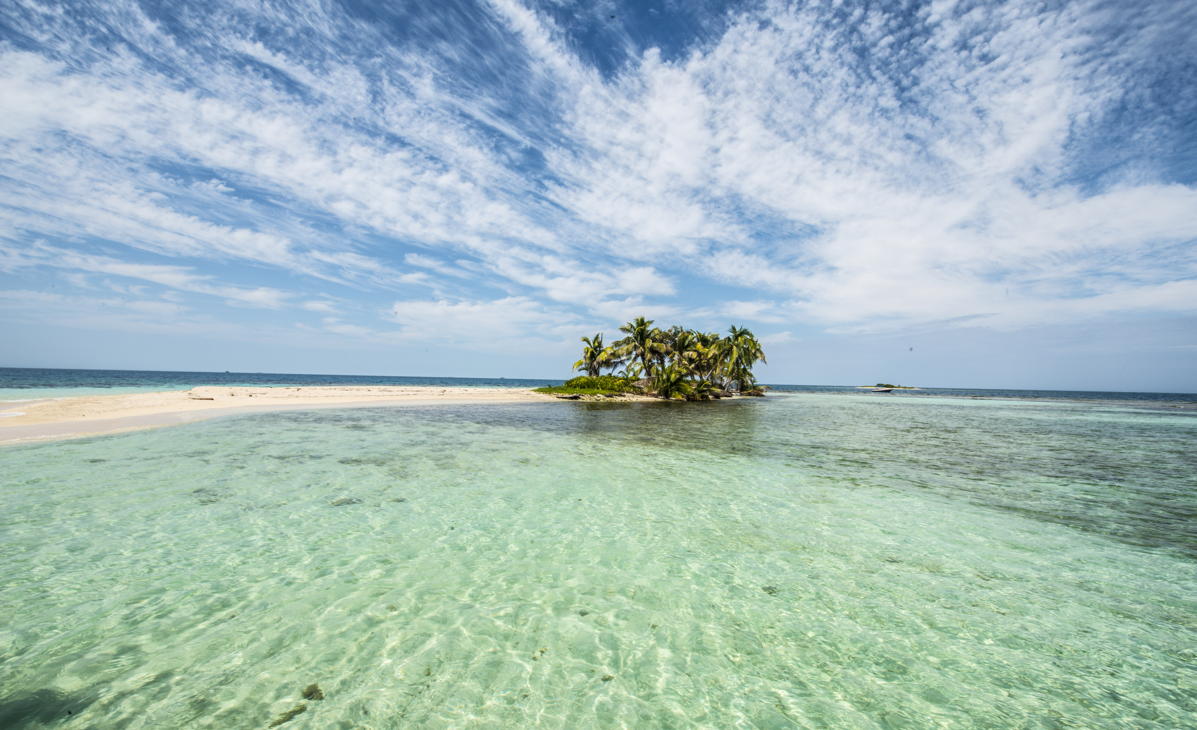 Belize is open to all tourists, with exception to travellers from India, where multiple COVID-19 variants have been found.

“We want to preserve what we have done over the past few months in terms of getting COVID under control,” Mahler said in that regard.

In the grand scheme of tourism recovery, Belize, quite early on, positioned itself as a leader in easing entry restrictions for fully vaccinated travellers. 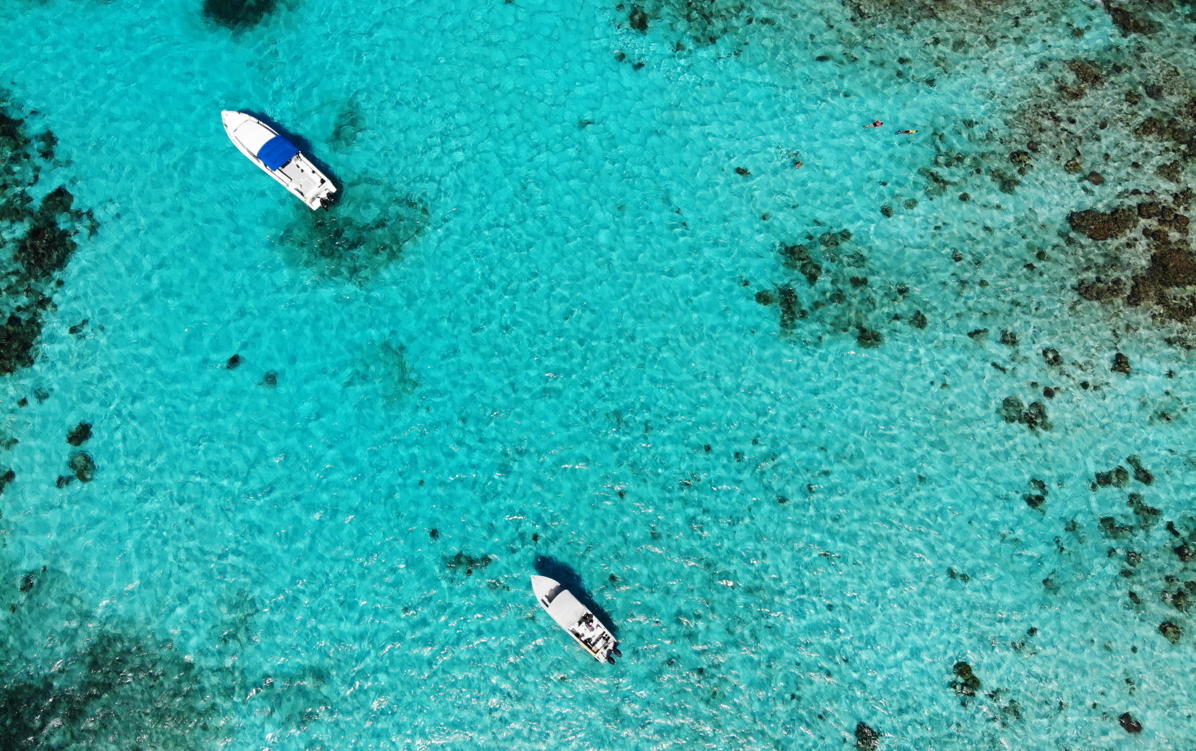 After reopening Philip Goldson International Airport in October 2020, Belize, in March 2021, began allowing travellers to enter without having to present a negative COVID-19 test result as long as they could show proof of immunization.

Case counts were low, Minister Mahler said, speaking about the decision, and the spread of COVID “wasn’t a result of tourists coming in.”

“We felt comfortable knowing that the measures we had in place would protect us,” he said. “We believe the opening of our tourism industry wasn’t going to be a detriment to the country.”

Belize is still easing its requirements for foreign visitors.

Recently, on May 12, Belize’s tourism board said it will no longer require visitors to complete a Belize Travel Health App form prior to travelling to the country.

But travellers without full COVID-19 immunization are still required to present a negative COVID-19 PCR test taken within 96 hours, or a negative rapid test within 48 hours. 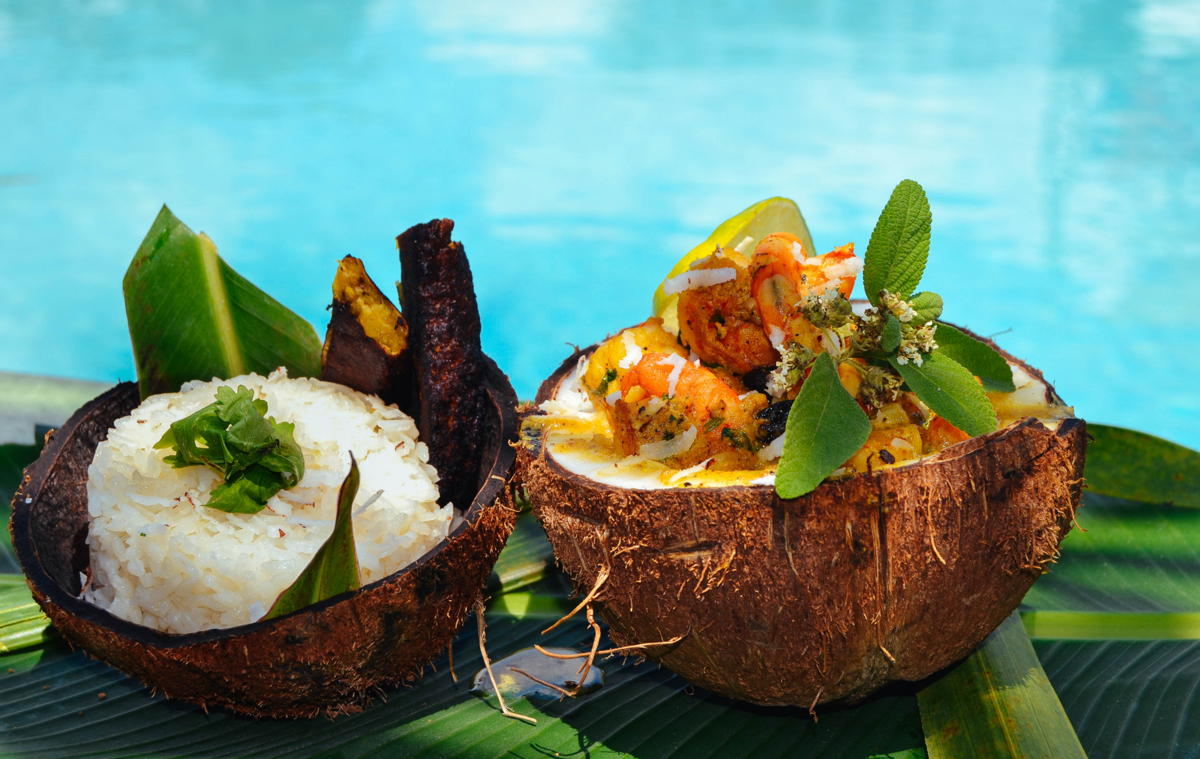 Tourists must also book their stay at a Gold Standard hotel and present confirmation at immigration.

Health officials, too, reserve the right to do a sample test on any visitor – vaccinated or not – if they have reason to believe that somebody is sick.

The cruise industry represents a big chunk of Belize’s tourism industry – and the sector is plotting its big return.

In normal circumstances, Belize receives between 1.1 to 1.2 million cruise arrivals annually, Mahler said, which represents about 20 per cent of revenue generated from global visitors.

Western Caribbean itineraries for major cruise lines, such as Norwegian Cruise Line, Royal Caribbean and Carnival, all include Belize.

And while U.S. cruises are still at the mercy of the CDC, the industry’s recent relocation to home ports on select Caribbean islands has put Belize’s ports of call back on the map. 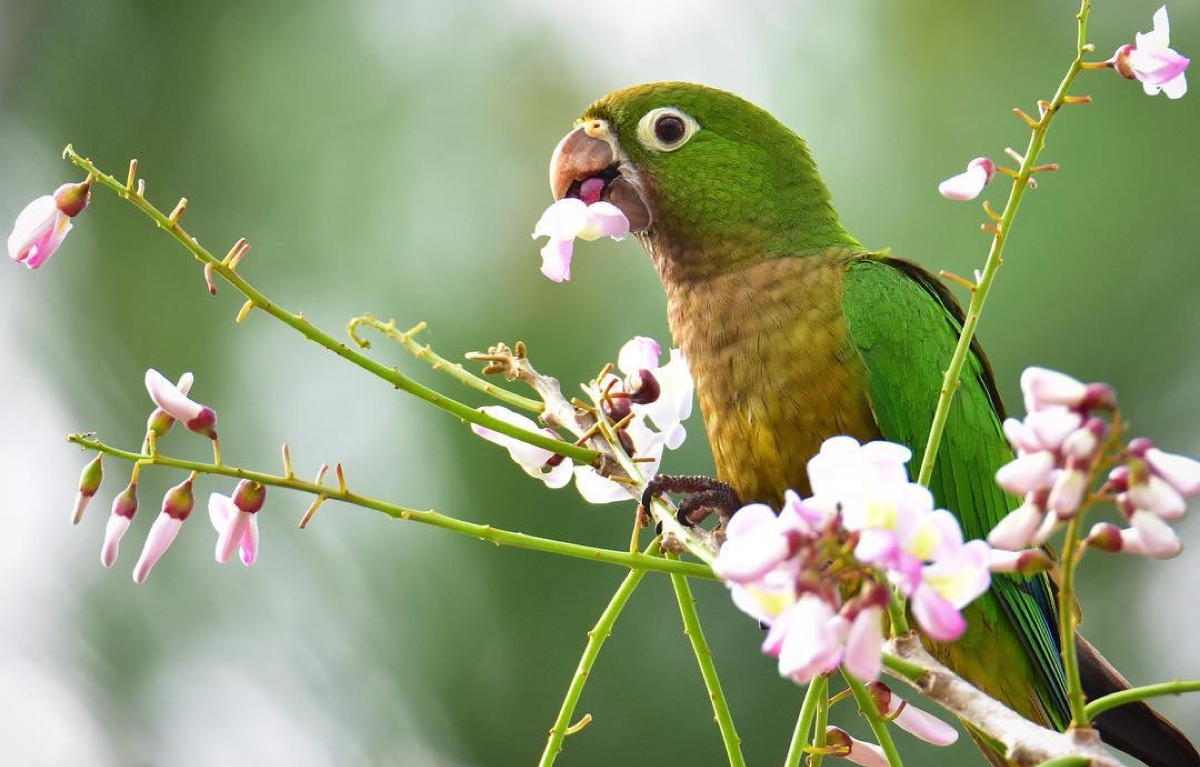 Norwegian Joy will be the first ship to return to Belize on Aug. 7, sailing to Harvest Caye, a 75-acre private island owned by NCL and the Belizean government.

Mahler has seen Belize on a Royal Caribbean itinerary (although, it isn’t fully confirmed yet, he said).

And Carnival, which Mahler said represents more than 50 per of cruise arrivals in Belize, is expected to return in September or October.

“We have to continue to be cautious,” Mahler said, “but I believe the cruise sector has put in place the programs that will protect people.”

Progress in rebuilding lift from the U.S. is being made and discussions with Canadian carriers are underway.

Signs indicate that WestJet will return to Belize later this year with Air Canada marking a return “sometime next year,” the Minister said.

“Canada is a very important market – they tend to spend more and stay longer in Belize,” Mahler said.

While the COVID-19 pandemic has devastated local tourism, the silver lining of the situation is that local businesses have become more efficient, he said.

“In the past, a boutique property would require 50-60 per cent occupancy to break even. Those same properties, with efficiencies they have put in place, are now able to carry a profit at 25-30 per cent, with full staff. That’s great for them,” Mahler said. “They’ve been able to ensure they’re profitable during this time.” 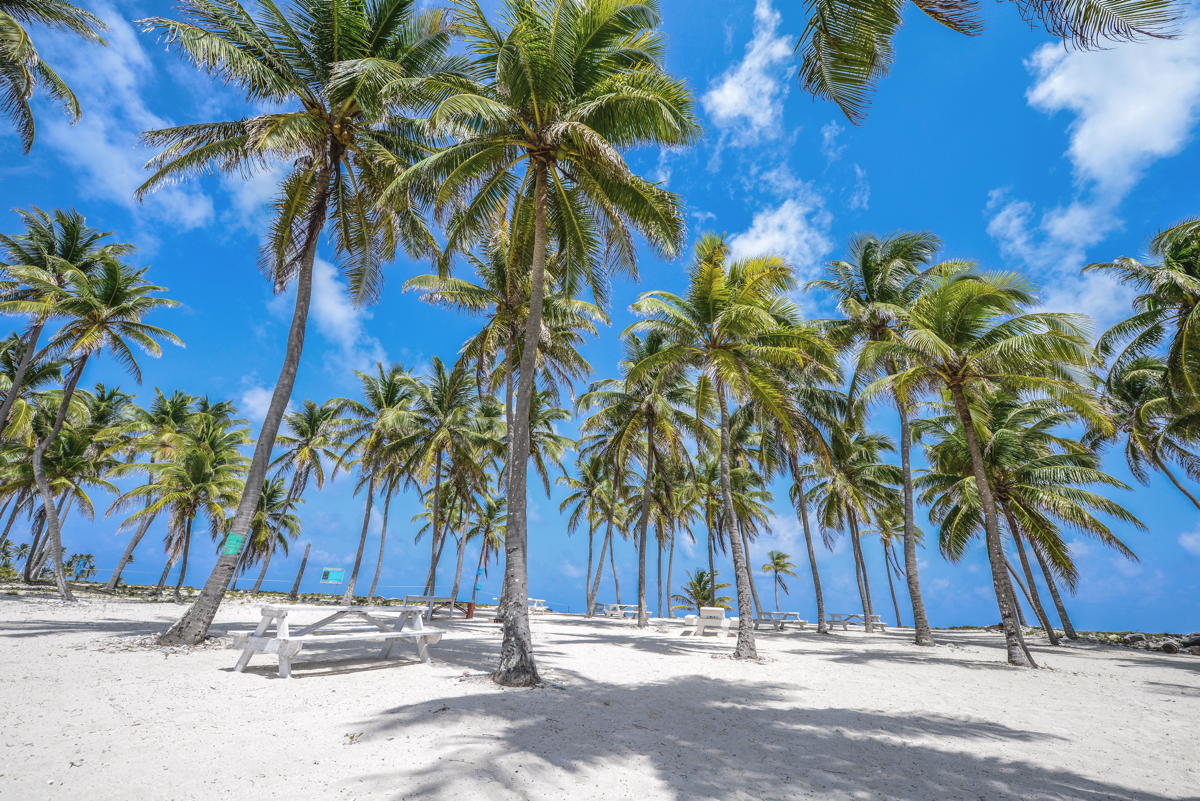 Belize’s vaccination rate is, perhaps, not where the Minister would like it to be – roughly 12 per cent of the population has received at least one dose.

But that’s partly due to the fact that Belize’s population is young – 60 per cent of people are under the age of 30, Mahler said, which has marred local vaccination efforts.

At the same time, about 40 per cent of Belize’ tourism sector has been vaccinated, which is “very important to us,” the Minister said.

Not to be overlooked amid the pandemic is Belize’s commitments to sustainability.

The country is a sprawling oasis of “no-take” marine zones and unspoiled natural ecosystems.

Some species of Belize's flora and fauna include the black orchid, the mahogany tree, the toucan and tapirs.

Sustainability efforts are observed from the types of accommodations available, like eco-conscious Matachica Resort and GAIA Riverlodge, to outdoor adventures in the tropical rainforest and bird haven, Shipstern Nature Reserve, the Green Iguana Conservation Project and the Belize Barrier Reef. 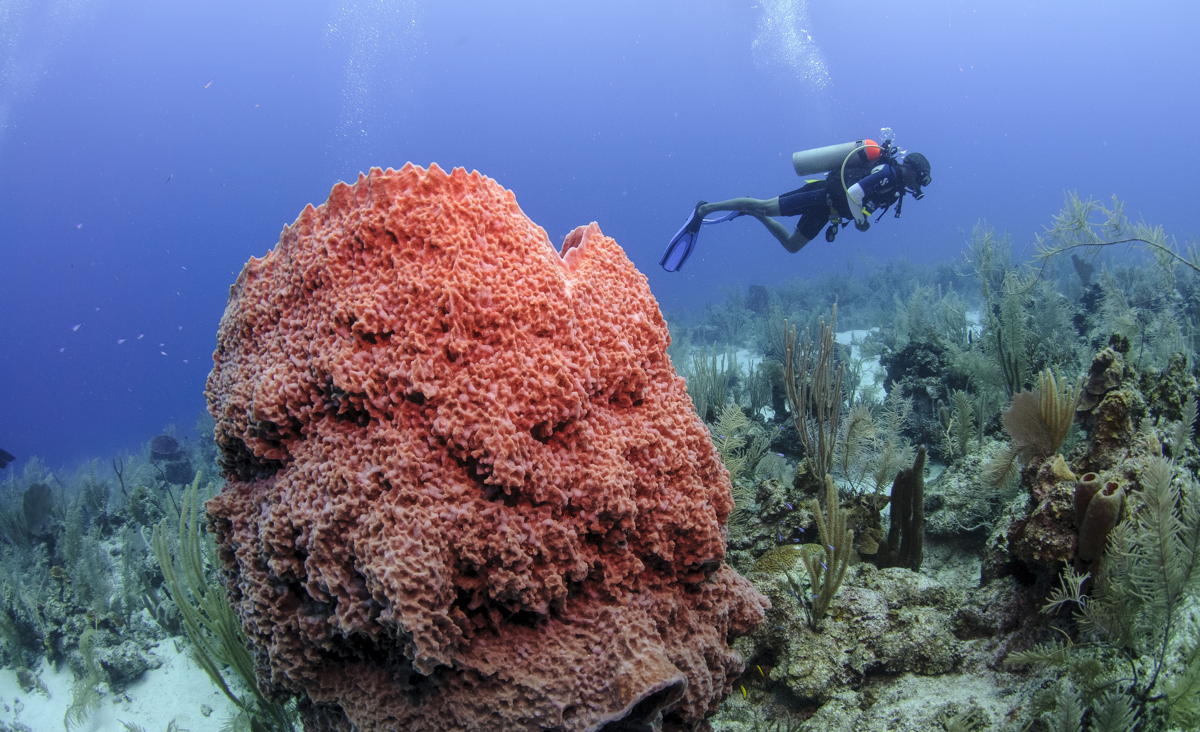 This 185-mile (297 km) reef, the largest of its type in the northern hemisphere, straddles the coast of Belize, roughly 300 meters offshore, and is a go-to spot for snorkelling and scuba diving.

A UNESCO World Heritage Site, and with 400 cayes and three atolls (coral islands), the reef is second in size only to the Great Barrier Reef in Australia, and home to hundreds of species of coral and sea life.

“We are safe and ready for business,” Mahler said.