There's more to the Bahamas than just the beach.

And there's more to the beaches than just a boat ride over to Exuma, and swimming with the famous pigs.

"The Bahamas is reporting strong demand; stopover arrivals from Canada to the Bahamas were up a very respectable 14.4 per cent in 2018, and we see that trend continuing into 2019," said Dionisio d'Aguilar, Bahamas Tourism and Aviation minister. "The Bahamas is not one single destination, there are 16 islands, each with a unique history, culture, and feel, and if you've come to the Bahamas and only visited Nassau or Exuma, you've only seen a piece of the Bahamas."

Recognizing the astounding increase in Canadian arrivals into the Bahamas, the Bahamas Tourism Board has just launched a new brand campaign, in partnership with musician Lenny Kravitz, who has ties to the islands.

Called Fly Away, the new campaign is a tribute to Kravitz's hit song by the same name, which was written on the island, and released in 1998.

"In the past when we thought about the Bahamas, in many people's minds, they thought of a concrete building, or hotels and resorts," Joy Jibrilu, director general, Bahamas Ministry of Tourism, told PAX in an interview. "When we were thinking of a new brand campaign, our first in six years, we asked our own people what they think of when they think of the Bahamas, and without exception, they said 'our turquoise waters, and our people.' We need to let our people tell their own stories."

Every summer from the age of three, Kravitz, whose mother was Bahamian, would visit the Bahamas. He's had a home in the Bahamas for more than 30 years, and frequently returns to the islands to unwind and relax.

Kravitz's hit song, Fly Away, was written on the island.

"It just seemed natural for him to help us tell our story," Jibrilu said. 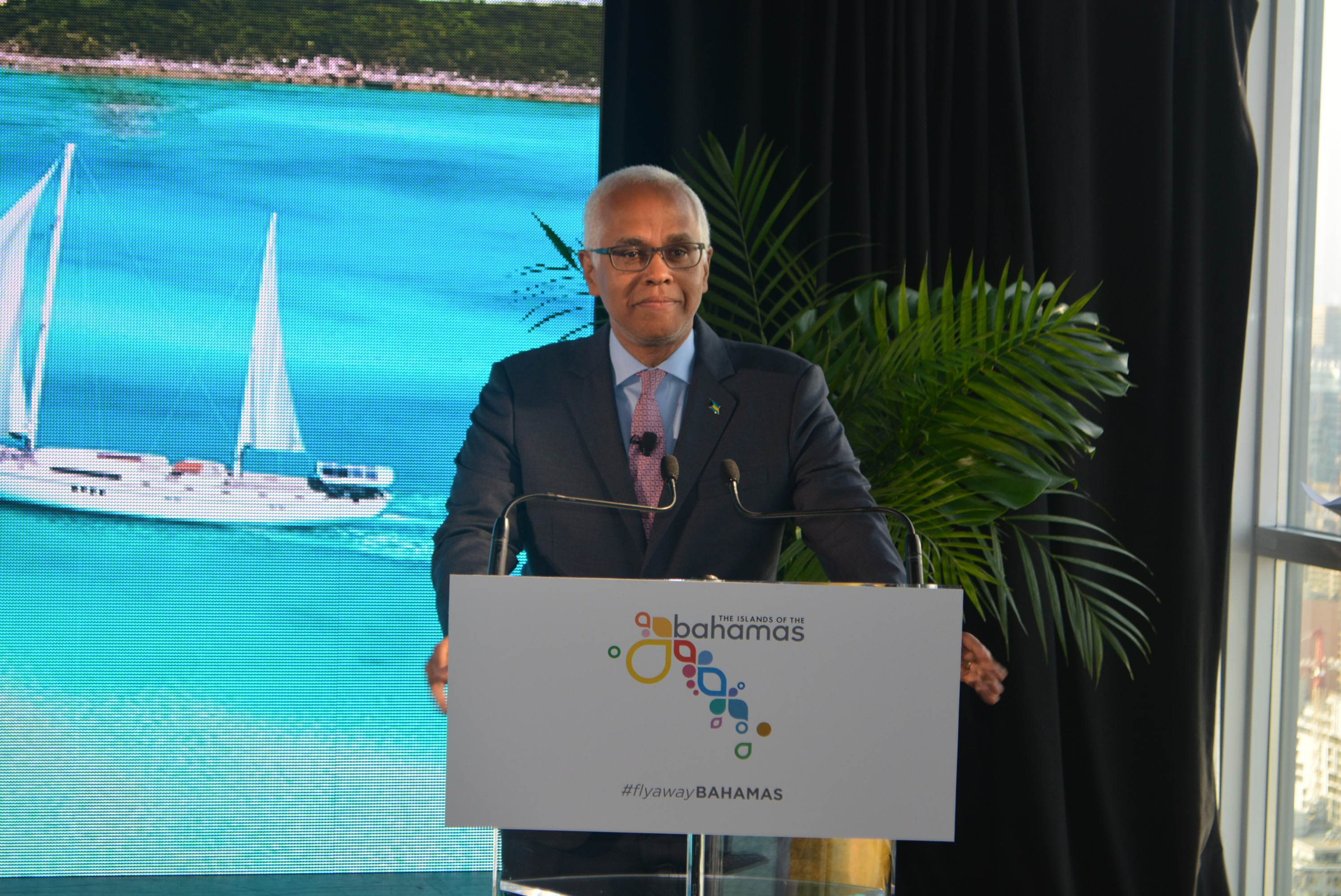 The real story of the Bahamas

Canadians looking for something beyond the resort will find it in the Bahamas.

According to Jibrilu, there's a certain sense of authenticity amongst the islands, whether that's through the people, the food, or the surroundings, that will immediately make travellers feel at home.

Last night, the Bahamas Tourism Board showed several videos with Bahamians sharing their stories of everyday life, including the story of Lady Di, a neighbour of Lenny Kravitz, who has been farming pineapples for more than 40 years.

The video has been watched more than one million times, proving that today's travellers are indeed in search of those meaningful human connections when they visit a new destination, and not just the commercial aspects and amenities of a fancy hotel.

"People are always writing us, saying 'we want to see her [Lady Di]; we want to see how she lives,'" Jibrilu explained. "That's what people want, they want to get away from the commercial and get right back to nature."

The power of people

The Bahamas has introduced a new program, called People to People, that connects locals with visitors who share similar interests, so that visitors get a deeper understanding and experience local Bahamian culture in its truest form.

"The experiences that come out of the program have been so incredible; people form lifelong friendships, and it's becoming very popular with multigenerational travellers as well as millennial travellers who are always looking for something more genuine and authentic, as opposed to a contrived, made-up place," Jibrilu enthused. 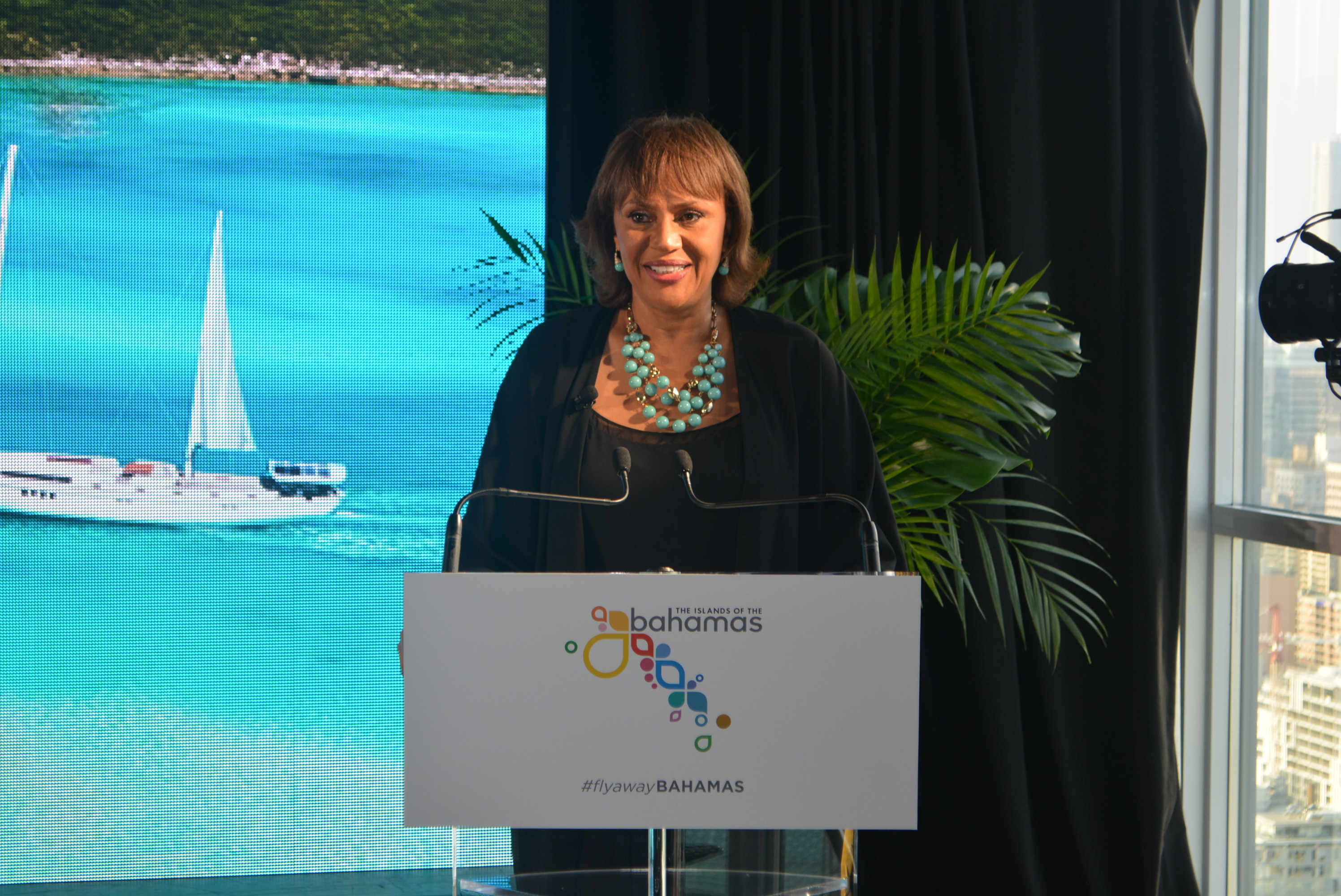 Despite being the second largest source market for the Bahamas after the U.S., according to Jibrilu, when Canadians come down to the islands, they know how to have a good time, and not only spend more than their U.S. counterparts, but they do more, too.

"The average American stay is about four nights, but Canadians come and they stay for eight to 10 nights," Jibrilu explained. "They move away from Nassau, and they go to our outer islands. The impact on those communities is so substantial that they become a part of that community. We cannot understate how impactful and important the Canadian market is to the Bahamas."

To learn more about the Bahamas new Fly Away campaign, click here!