While Toronto endured its first snow assault of the year, the Arizona Office of Tourism was in town to share a little sunshine.

“Arizona is an automatic draw because of our guaranteed sunshine,” Olivia Hall, travel industry marketing manager for the Arizona Office of Tourism, told PAX at the event.

That’s 300 days of sunshine to be exact, organizers quickly pointed out, a fact that positions Arizona as a sweet escape for Canadians that are fed-up with the cold. 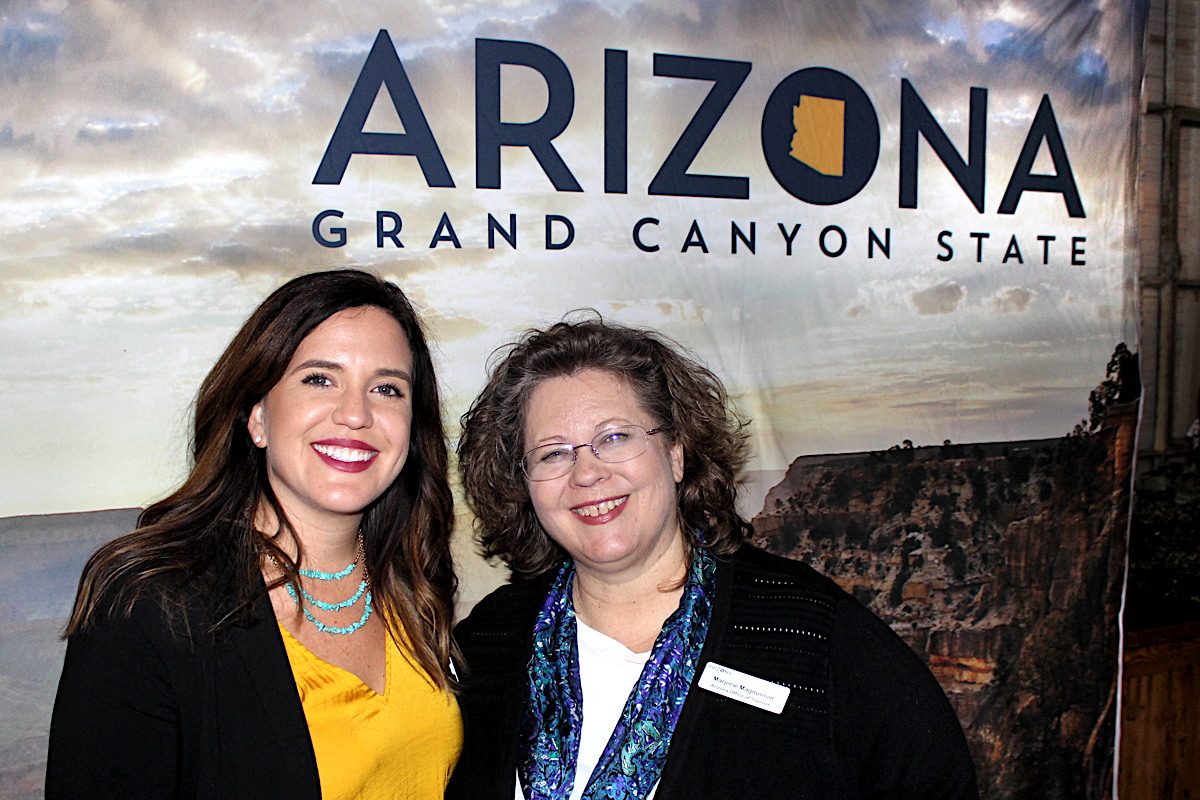 Hall estimates that just under 1 million Canadians visited Arizona last year, a statistic the tourism board hopes to boost in 2020 by reaching the million-visitor mark.

A big draw for golfers, cyclists, retirees, hikers, snowbirds and families, Arizona is like “one big playground,” Hall said.

“Each region has its own activities,” she said. “There’s a lot of adventure.”

The focus of the evening was to spotlight known (and perhaps lesser-known) regions in Arizona – Salt River, Mesa, Peoria, Prescott, and Scottsdale, specifically – and provide first-hand insight into each destination’s offerings.

“Arizona is diverse in so many different regions,” Hall said. “You can fly into Phoenix and sit poolside with your margarita and then the next day drive up north to Flagstaff and go skiing at Snowbowl ski resort.” 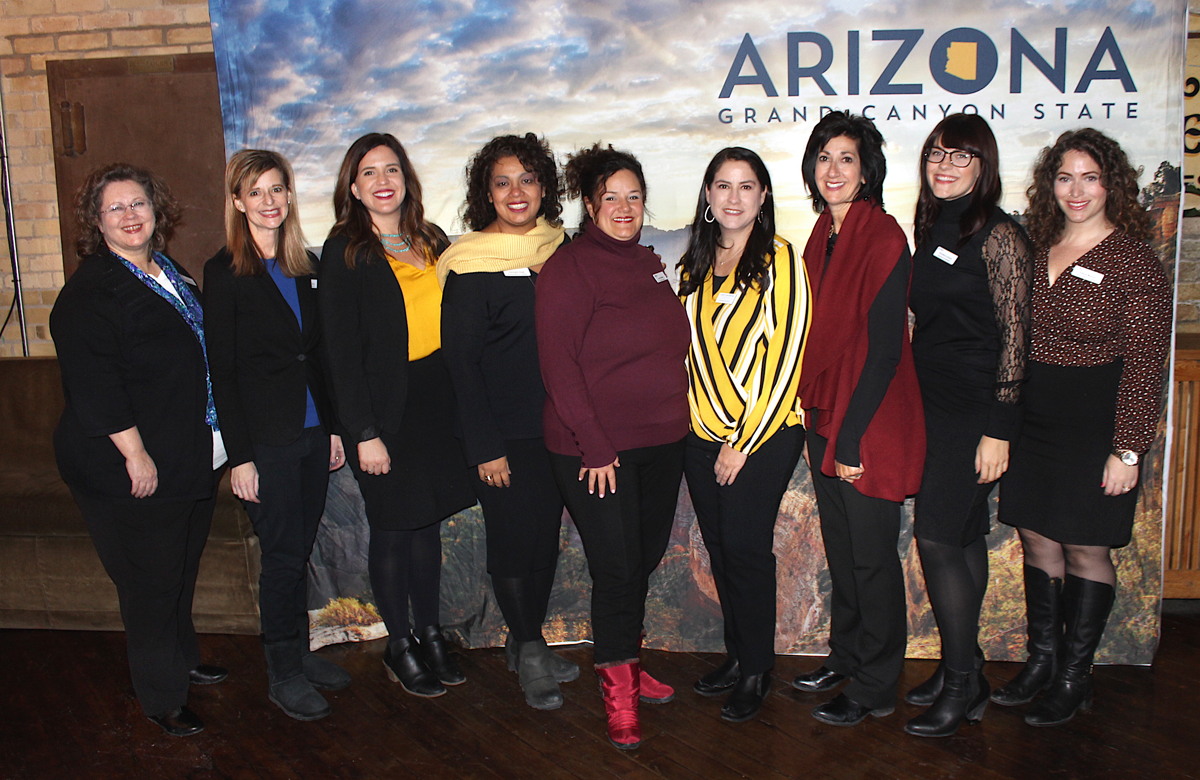 “It’s always a good time to visit,” said Marjorie Magnusson, a media relations manager for the Arizona Office of Tourism, noting Arizona’s desert climate, which lends itself to hot summers and mild winters.

The landscapes across Arizona are remarkably diverse, from the famous Grand Canyon, carved out by the Colorado River, to Flagstaff, a pine–covered mountain town, to other sites such as Saguaro National Park, named after the saguaro cactus, which extend into the sprawling Sonoran Desert.

While Arizona is famously known as the Grand Canyon State, there are other national parks worth exploring, Magnusson said, noting Petrified Forest National Park as one of her personal faves.

Located in northeastern Arizona, the hike-friendly park includes the Rainbow Forest, which is full of colourful petrified wood (and the Rainbow Forest Museum, which showcases paleontology exhibits and many trail access points). Newspaper Rock, the ruined village of Puerco Pueblo, and the Painted Desert Inn, a 1930s adobe building, are also found here.

But the Grand Canyon is still worth seeing – especially if visiting Arizona in December and January, Magnusson said, because there are less crowds during those months.

“You’ll feel like you own the whole Grand Canyon yourself,” Magnusson said. “It’ll be cold, but if you’re Canadian, you may be used to it.”

Hotels in Arizona that travel agents should have on their radar include the re-opened Castle Hot Springs, a resort and spa located in a desert location northwest of Phoenix and Scottsdale that was built in the early 1900s, burnt down due to a fire in the 1970s, only later to be rebuilt.

Here, guests can wade in pure, cistern-fed spring pools, warmed in the depths of the mountain to 48 degrees Celsius (120 degrees Fahrenheit). 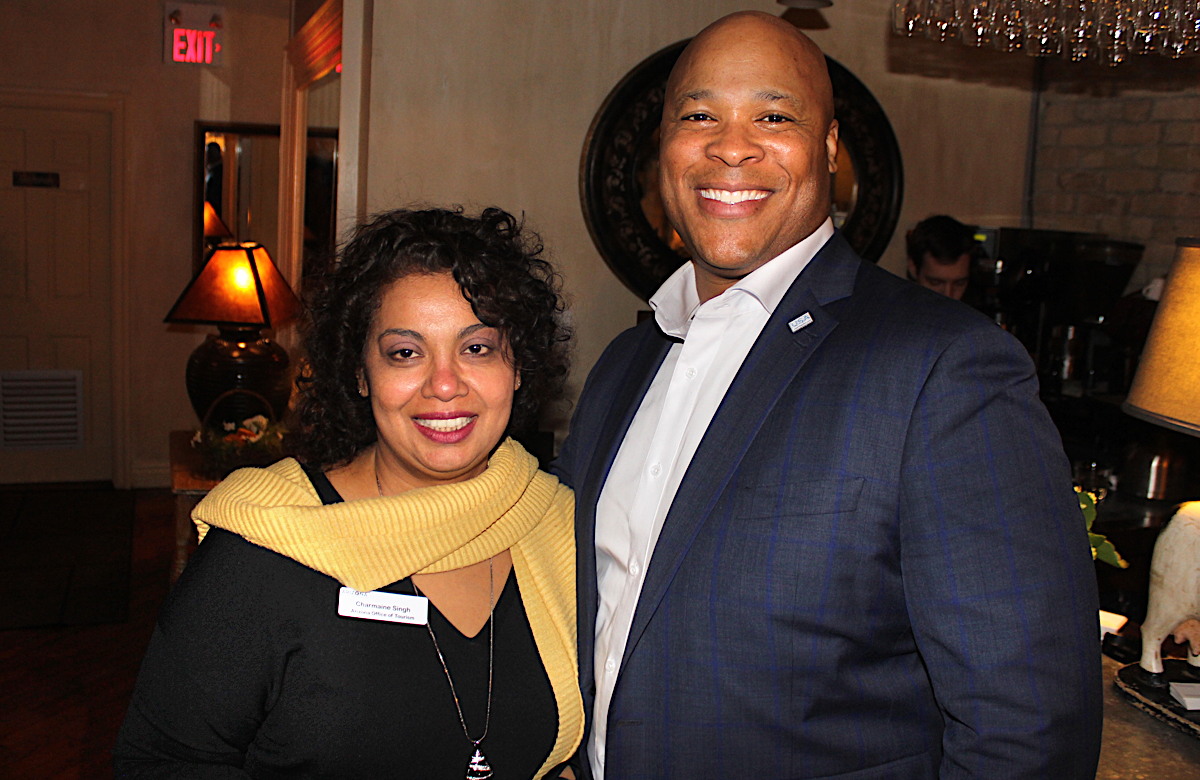 It is a seasonal experience, however, offered from around October to May, Magnusson noted, as hot springs don’t translate the same way during Arizona’s scolding-hot summer months.

A 215-room Ritz Carlton in Paradise Valley is also set to open in summertime next year, Magnusson said.

Canadians visiting Arizona for the first time might also be surprised to learn about the region’s thriving wine industry.

A lot of grapes grow in Cochise County in southeast Arizona, said Hall, and then are shipped to destinations such as the Verde Valley Wine Trail in Cottonwood, where visitors can embark on tasting tours.

“They're not corporate wine tours,” Hall said. “It’s that close neighbour that’s giving you a personal tour and experience.”

It was ripe enough to woo Maynard James Keenan, the frontman for the Grammy Award-winning metal band Tool, who opened his own winery, Caduceus Cellars, in Jerome, Arizona, back in 2009.

“There’s a lot of investment going on [in winemaking],” Hall said. “In the next few years, we’ll see a huge influx in that market.”

Air Canada's lift from Canada into Phoenix is as follows: