What’s the best way to get travel advisors excited about a product? Invite them to experience it for themselves.

That’s exactly what Hola Sun Holidays and OWG airline did Wednesday (July 27) as they hosted 135 industry pros (mostly travel advisors) at the Signature North Lounge at Toronto Pearson International Airport for a day of live Cuban music, hotel updates, prizes and time in the air aboard one of OWG’s slick Boeing 737-800s.

The land-and-sky event was held to “make some noise about Cuba,” said Sabrena Dayle, sales and marketing coordinator at Hola Sun, and showcase OWG’s onboard experience with a quick flight from Toronto to London, ON, and back.

Hola Sun Holidays (“Caribe Sol” in Quebec) specializes in vacation packages from Canada to Cuba and, in July 2020, the tour operator announced an exclusive partnership with OWG, a Quebec-based airline that ambitiously launched that same month at the height of the COVID-19 pandemic. 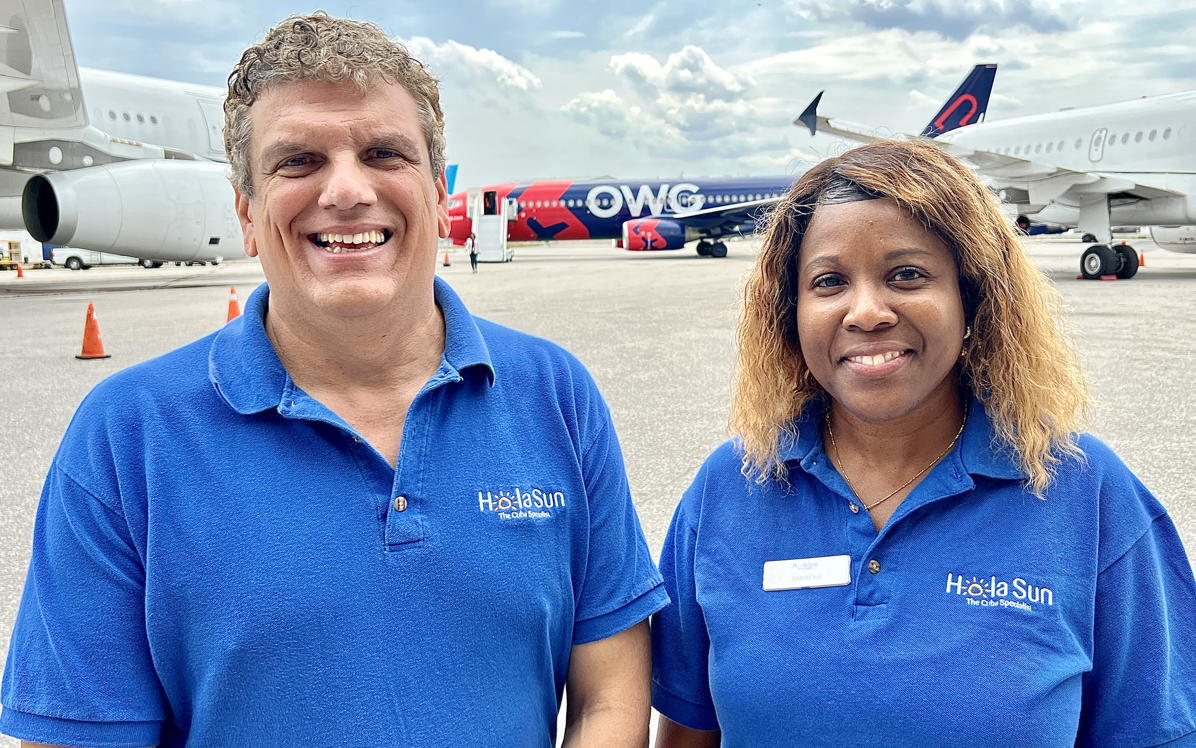 OWG, a division of Nolinor Aviation, stands for “Off We Go,” and despite pandemic-related setbacks in 2020, the airline eventually got off the ground, launching service to select Cuban destination on board a modernized fleet of Boeing 737-400s.

For Hola Sun Holidays, which previously leaned on Cubana Airlines, Air Transat and now-defunct CanJet for air, the alliance with OWG plays a pivotal role in the company’s post-pandemic plan. 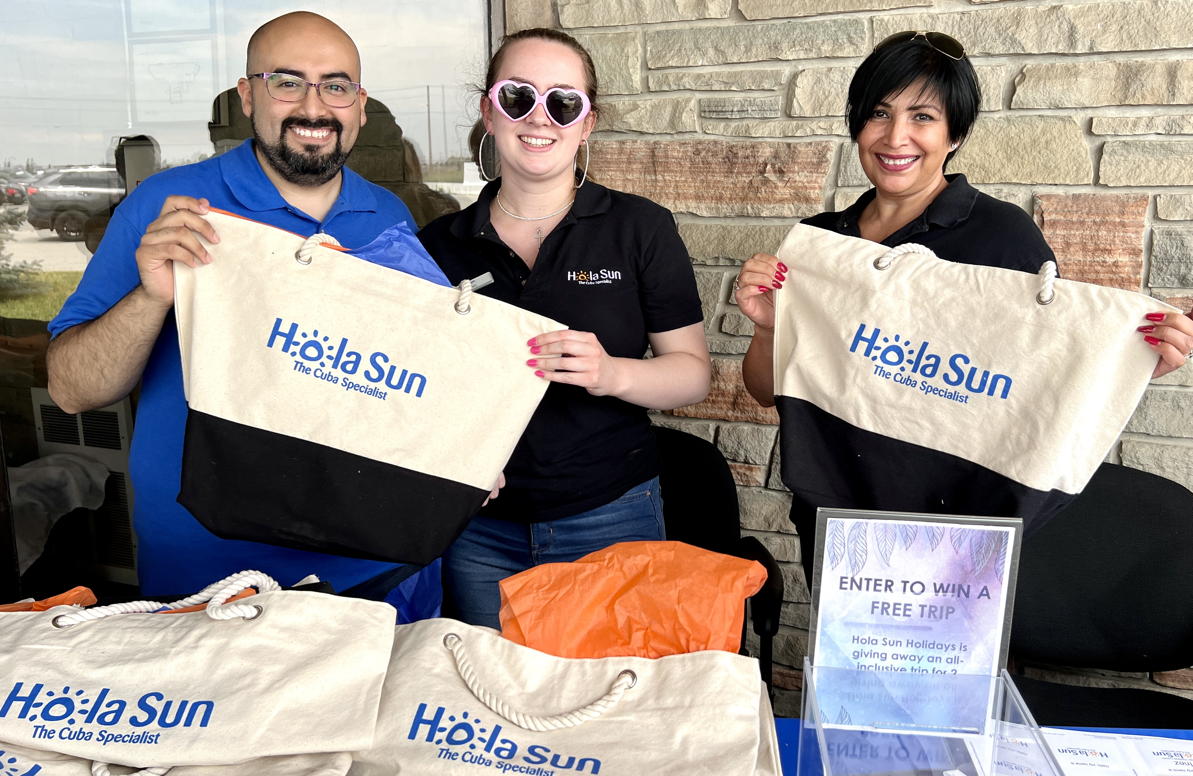 “It gives us the flexibility to offer our own added value and service and different destinations,” Hugo Rocha, sales director at Hola Sun Holidays, told PAX. “For us, it’s important to have a partner that allows us to control our own air operation.” 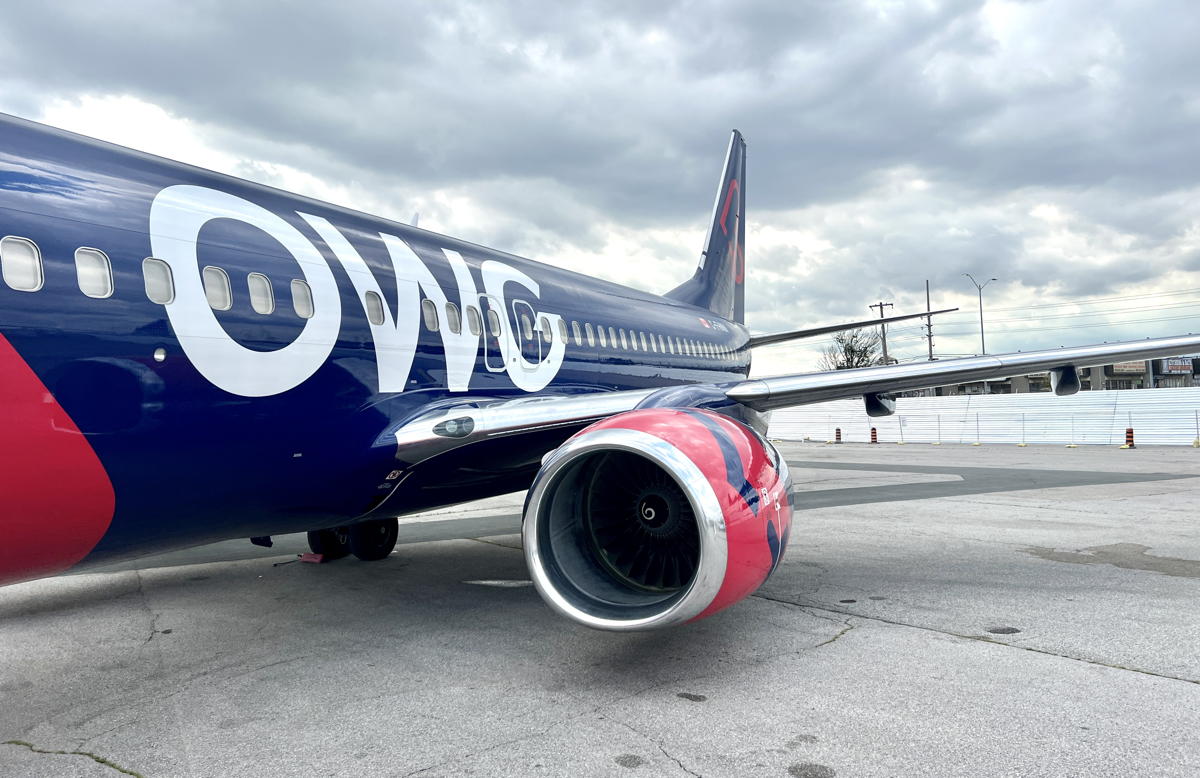 After more than two years of COVID-related challenges, “travel is picking up in Cuba,” he said, noting the country’s rapid response to controlling COVID-19 case counts.

“We’re looking forward to this winter. We’re confident our air operation will be successful,” Rocha said.

The big sell with OWG is that passengers receive a free onboard meal, which is something “travel agents are really excited about” for their clients, Dayle told PAX.

The meals are prepared fresh (they’re not frozen) and the options change with each south and northbound route so passengers aren’t stuck eating the same thing.

It’s a good selection too that includes vegetarian and gluten-free options. 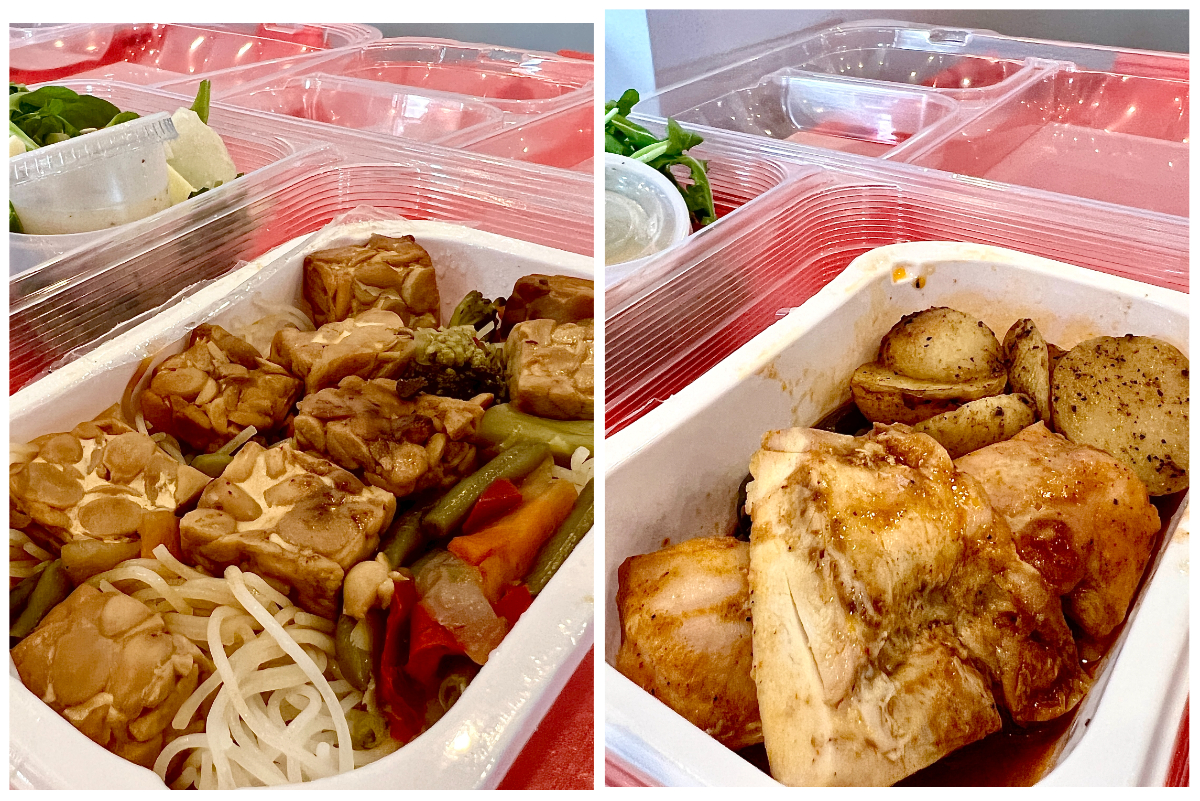 There’s items like mac and cheese, BBQ chicken and potatoes, Pad Thai with tempeh and tortellini with bacon. And all the meals come with salad and a dee-lish chocolate brownie.

But seeing is believing, which is why OWG, for lunch yesterday, prior to takeoff, served up their entire onboard menu, allowing travel advisors to taste it for themselves. 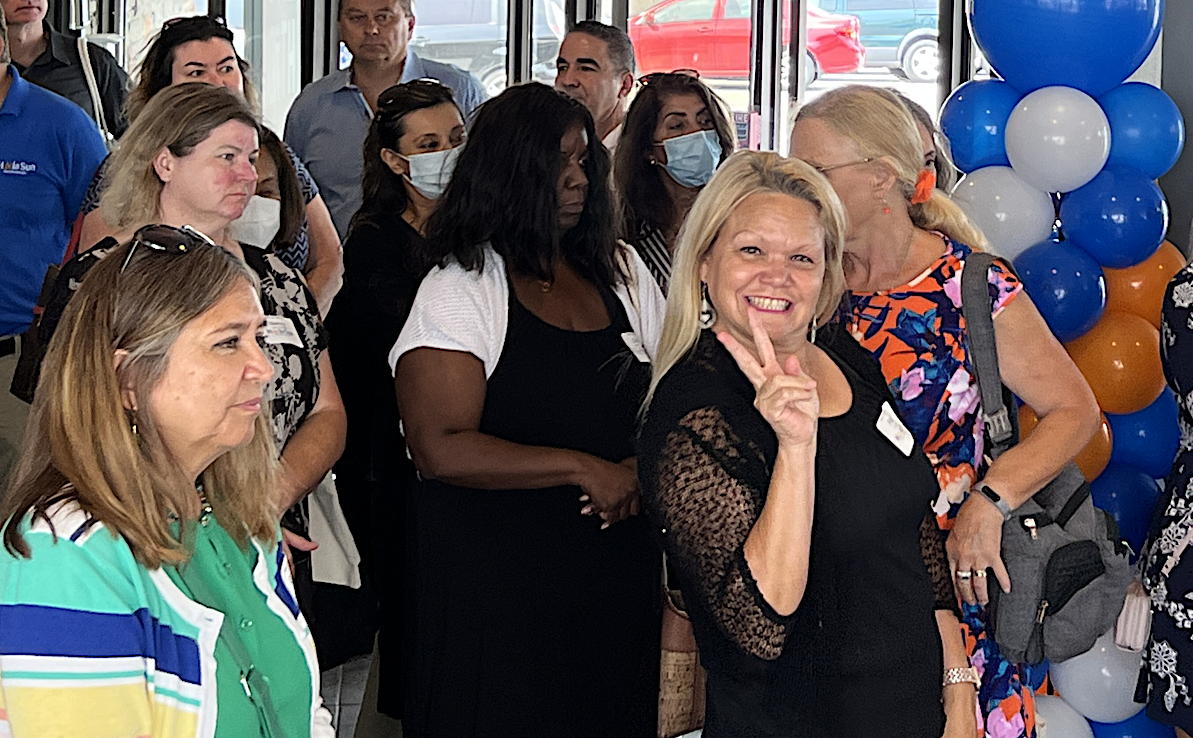 Then it was off to the tarmac to board OWG’s Boeing 737-800, which lifted attendees high above the clouds to London, ON, without landing, before circling back to Toronto.

The 45-minute flight, which included cups of bubbly, was an immersive experience for travel advisors, some of whom were heard lauding the aircraft’s generous legroom. 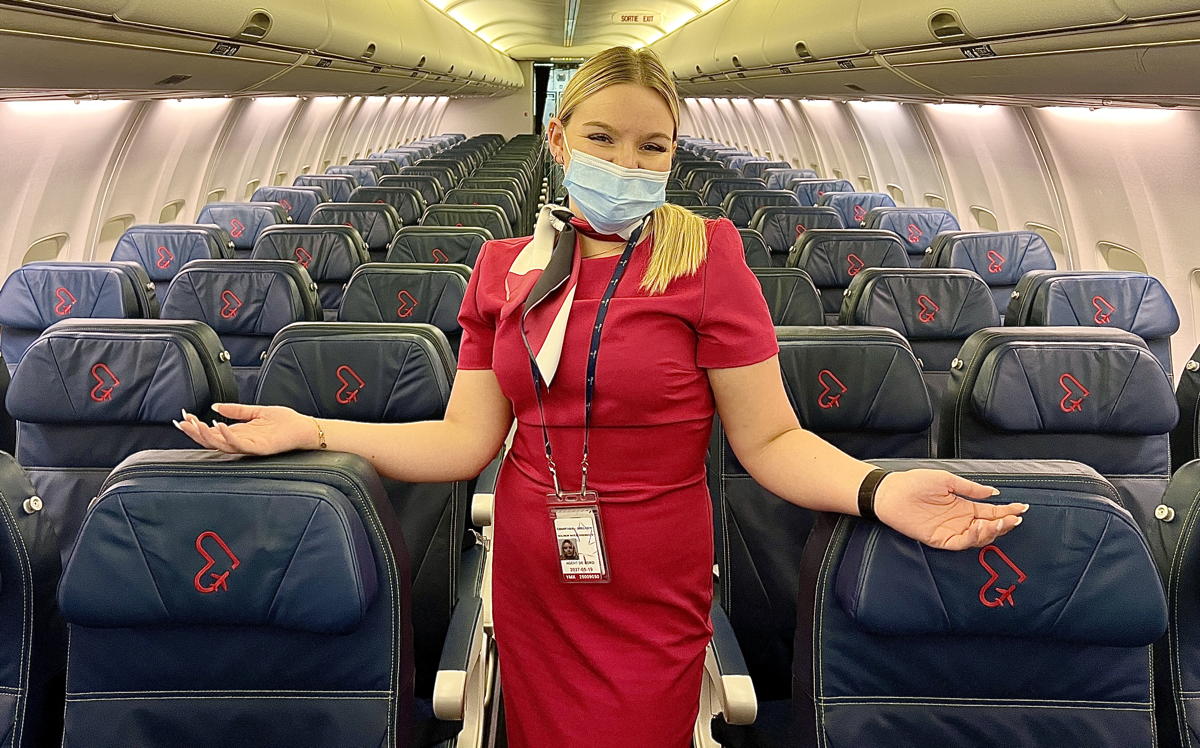 Rocha said the feedback Hola Sun has so far received about OWG has “been positive.”

It was later revealed that OWG has maintained one of the best on-time records at Toronto Pearson airport (which is pretty impressive when you consider all the malarkey that’s happening with air travel these days). 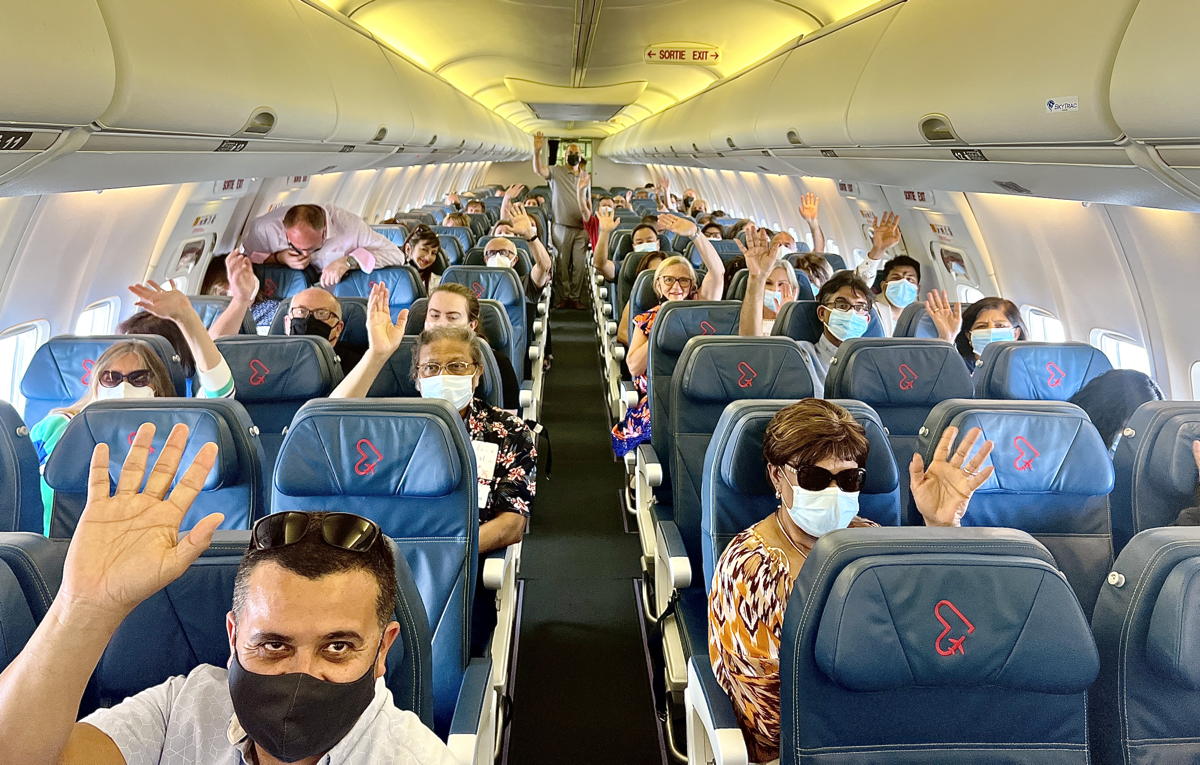 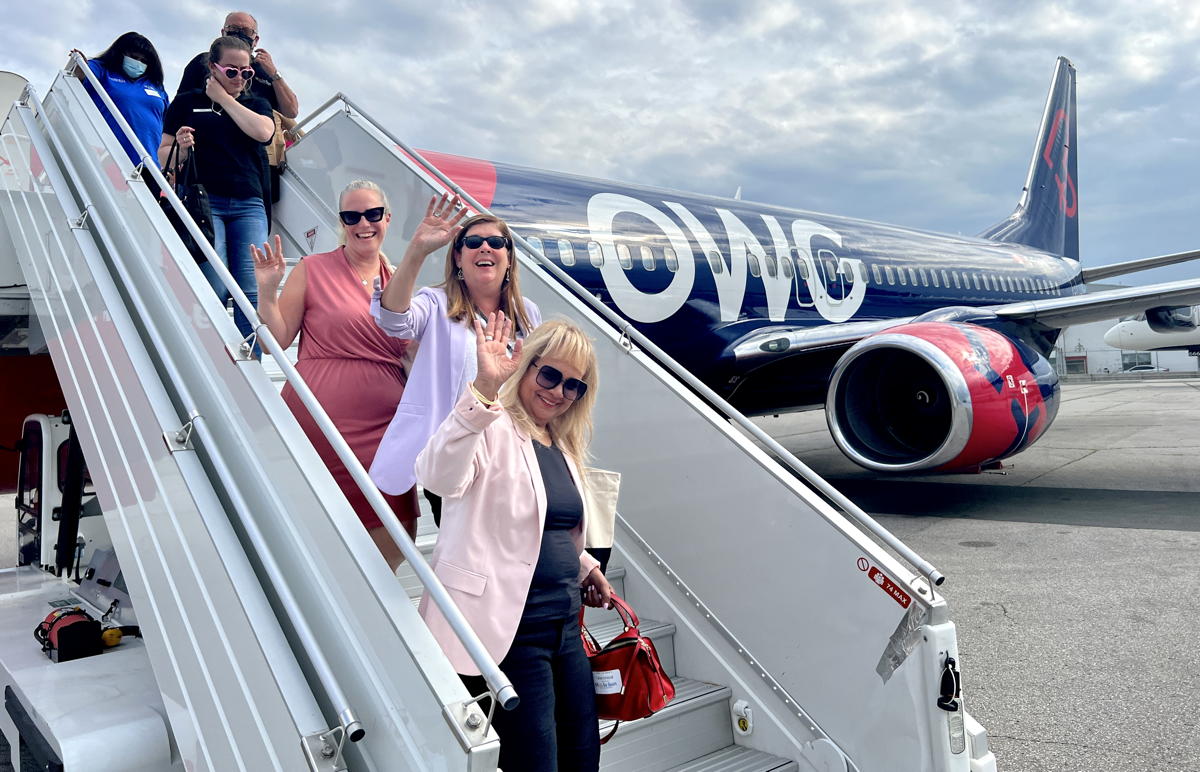 Spotted in the mix yesterday was Lessner Gomez, director of the Cuba Tourist Board in Toronto, who noted Cuba’s high COVID-19 vaccination rate.

“We have more than 90 per cent of people fully vaccinated and 85 per cent have received a booster. Cuba is very safe for tourism,” Gomez told PAX. 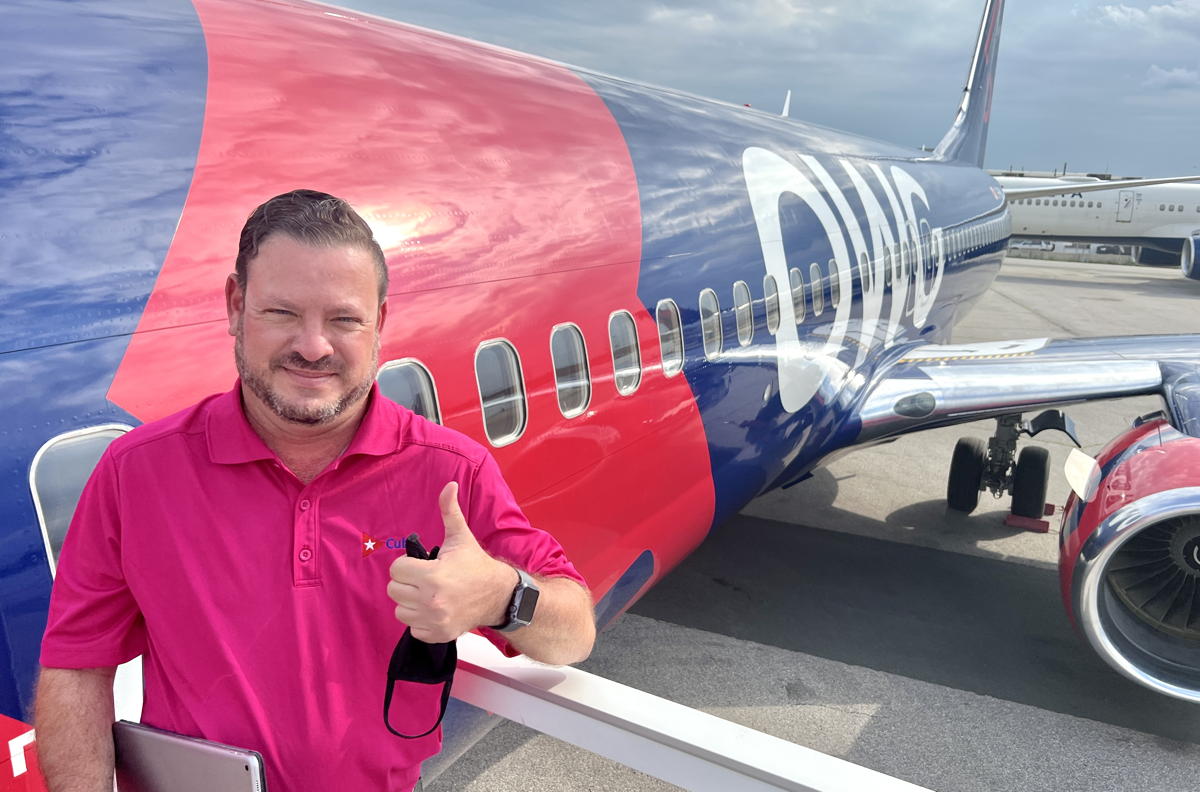 Cuba saw 1.1 million Canadian visitors in 2019, and with air service between Canada and Cuba ramping up, Gomez said it’s “going to be a really nice winter.”

Cuba's Minister of Tourism Juan Carlos Garcia Granda was actually in Toronto and Montreal in June to launch Cuba’s new “Única” campaign, which highlights the country’s cultural assets, and said the goal for Cuba was to welcome 2.5 million total visitors in 2022.

Gomez, praising Hola Sun’s partnership with OWG, said Cuba is ready for clients and urged travel advisors to contact the tourist board if they need anything.

“We love Canadians,” he said. “Cuba is safe and stronger than ever.” 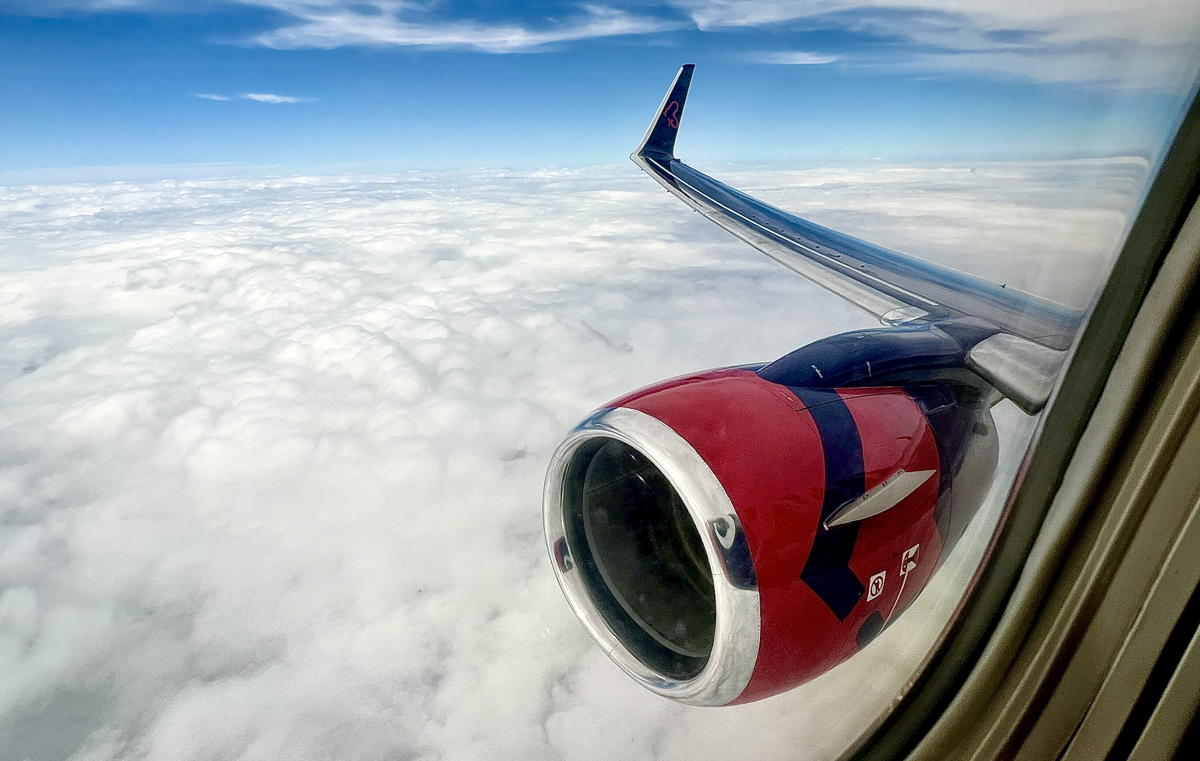 OWG-Hola Sun’s summer schedule for Cuba is as follows: