Sunwing is trying to bring COVID-19 testing options to resorts as the company moves to simplify the travel experience for Canadians who will soon be required to have a negative PCR test taken 72 hours before returning home.

Speaking with PAX over the telephone on Monday (Jan 4), Andrew Dawson, Chief Operating Officer at Sunwing Travel Group, confirmed that the company’s team down south is working with local clinics to see it’s possible for labs to come to the hotels, “rather than other way around.”

Canada’s new travel rule, which starts Jan. 7, states that all air passengers five years of age or older will be responsible for obtaining their own negative polymerase chain reaction (or PCR) test, in destination, before travelling from another country to Canada.

The policy, which was announced on New Year’s Eve (Dec. 31), has given airlines and tour operators just one week’s notice to comply with the new law and help travel agents prepare their travelling clientele.

Since the weekend, tour operators have been posting lists of clinics that offer PCR testing in destinations in Mexico and the Caribbean.

These lists, for the most part, have been distributed in trade channels only as the approved facilities, in each destination, are said to be changing daily.

Sunwing’s in-destination Nexus reps will be able to arrange transportation to a facility, if it’s required, Dawson said.

However, according to agents, it appears that some Sunwing Travel Group-owned hotels are already organizing on-site testing options for Canadian travellers.

An Ontario-based travel advisor told PAX on Monday that Hideaway at Royalton Riviera in Cancun, Mexico confirmed that they would arrange for on-property testing for her clients, who are flying down on Wednesday (Jan 6).

An image obtained by PAX, allegedly taken at the Royalton Bavaro Resort & Spa in the Dominican Republic, suggests that front desk reception is arranging PCR tests for Canadian guests on property.

While the image is still unconfirmed, it suggests that plans are in place to make the customer experience a seamless one. 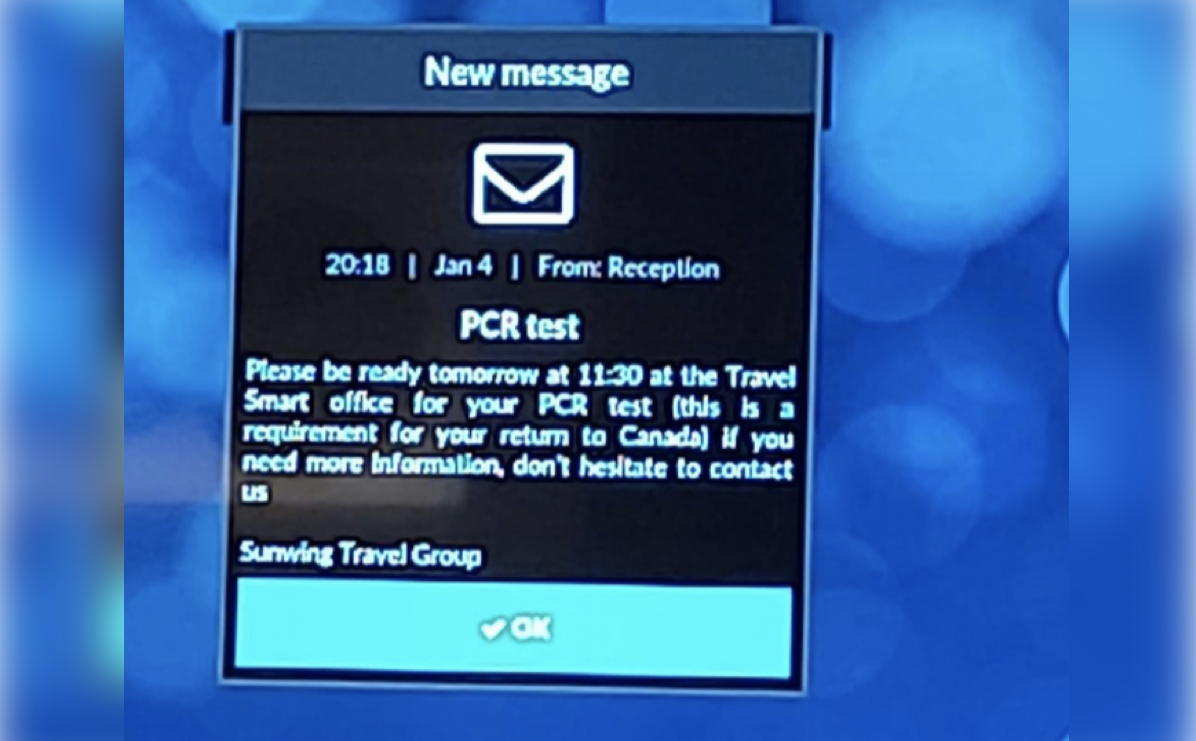 Transport Canada says Canadians abroad will be responsible for covering the cost of getting tested, a scenario that will, inevitably, increase the cost of travel.

Dawson confirmed that Sunwing’s insurance partner, Manulife, will not be including the cost of COVID-19 tests in its packages (which, however, cover other COVID-related expenses).

READ MORE: “I feel safer here than at home”: Talking with Sunwing customers in Dominican Republic

A PCR test taken in destination can range anywhere from $30 to $300 (USD), or more, and that doesn’t include the cost of taking a taxi to the facility (if testing isn’t available at the hotel).

“It came as a surprise"

Sunwing’s response to the new rule is still a work in progress, as it is for many travel companies.

The tour operator, like most in the industry, was “caught off guard” by Ottawa’s announcement and has had to modify its operations quickly and accordingly, said Dawson.

“It came as a surprise,” Dawson told PAX. “Especially as we’ve been asking the government to do rapid testing and change the testing framework for months without hearing anything back.”

It’s an unexpected twist in Sunwing’s winter travel season, which, Dawson said, saw a “particularly strong” uptick in passengers over the holidays. 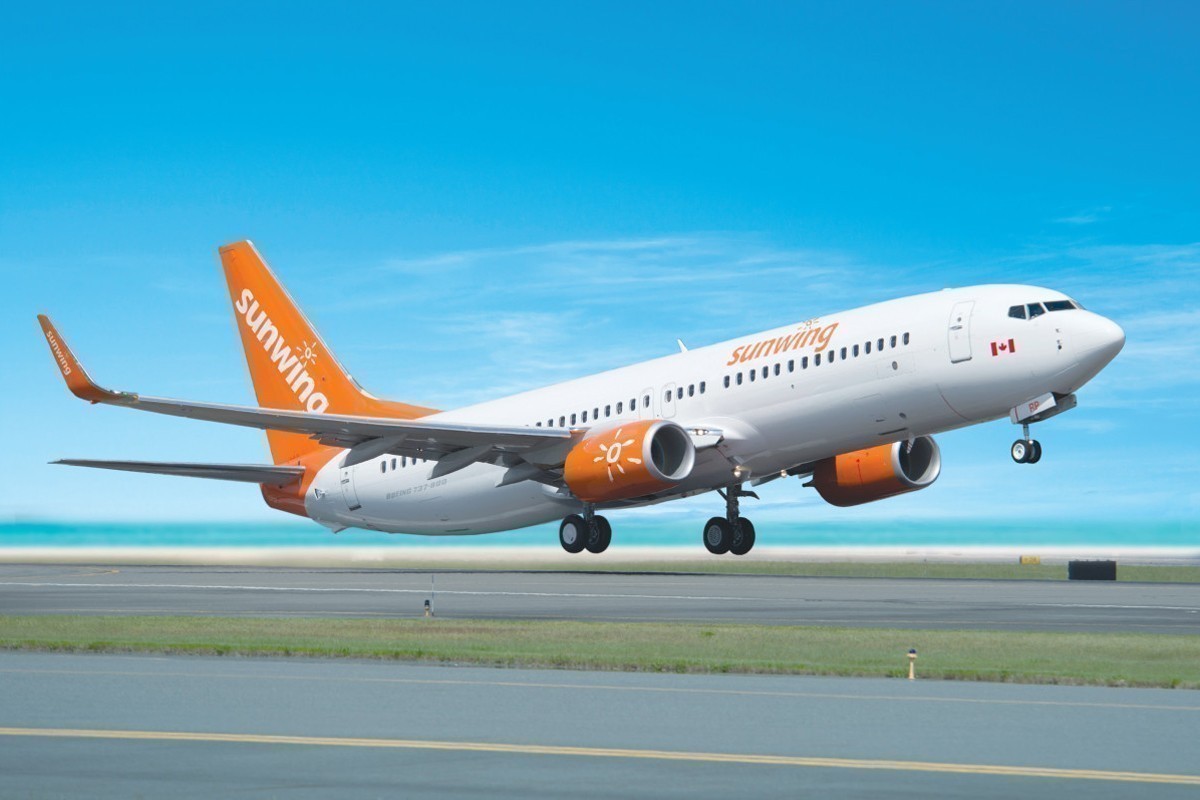 In a company statement, Sunwing said it is being “transparent” with customers to “ensure their experience is as frictionless as possible” with the help of the team in destinations.

Dawson said Sunwing has already contacted every customer (or their travel agent) that would have been impacted by the new rule with an option to cancel their trip.

Sunwing resumed service to a small group of destinations in Mexico and the Caribbean on Nov. 6, operating a skeleton schedule out of Toronto, Montreal, as well as a program out of Western Canada.

Making the test "as easy as possible"

It is still yet to be seen how well facilities in the tropics will respond to a potentially-sudden increase in demand for PCR tests, which involves a swabbing of the nose or throat.

Dawson believes destinations are set up to accommodate travellers. However: “We’ve not put it to the test at this moment,” he said.

The Sunwing COO said there are no plans to incorporate the cost of COVID-19 testing into vacation packages given how prices differ between locations.

“We’ll need to keep it separate,” he said. “But we’re trying to make it as easy as possible by trying to get [facilities] to come to the resorts.”

Under the new rules, documentation of a negative PCR test – an electronic or printed receipt – must be presented to airlines prior to boarding.

This part, said Dawson, will be done at Sunwing’s check-in desk at airports before travellers make their way to security (a new process that could potentially lead to line-ups in the terminal). 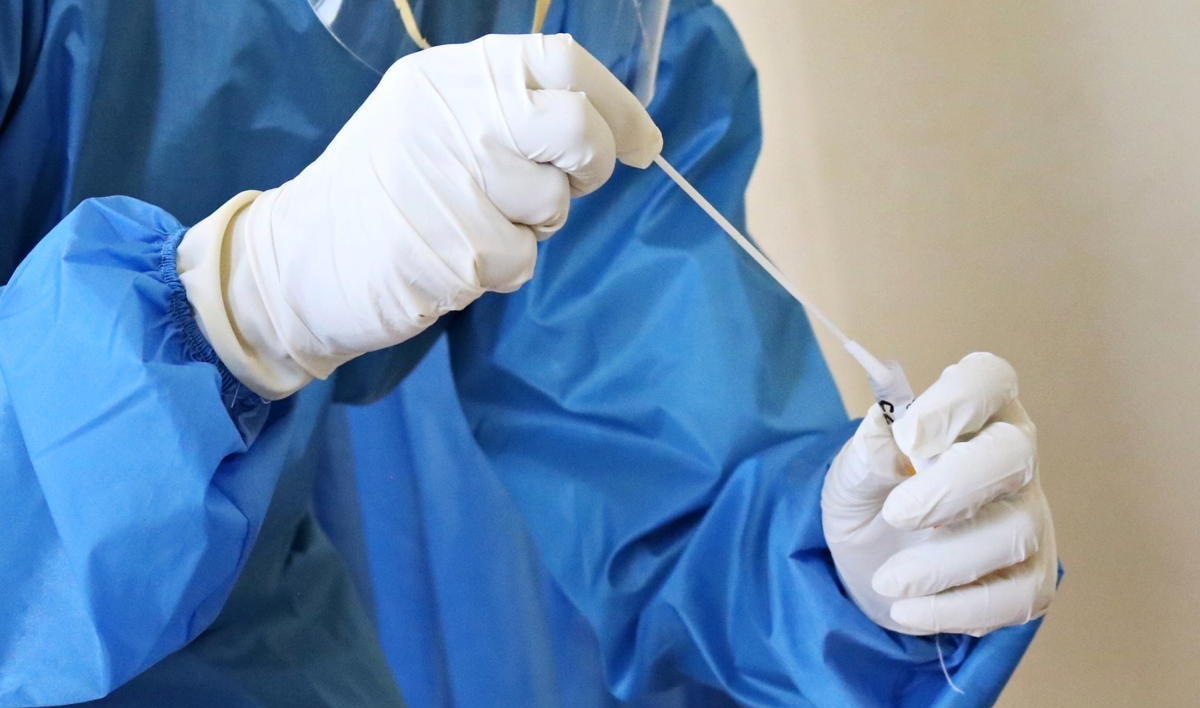 While Transport Canada is still ironing out the official rules, travellers may have to show their negative PCR receipt, again, once they arrive in Canada.

Minister of Transport Marc Garneau has confirmed that travellers heading to Canada who do not have a test result (when there are clinics available) will be denied boarding in destination.

Travellers that can prove that they were unable to get their test abroad will be able to board, but will have to quarantine at a federally-approved facility upon their return to Canada for 14 days.

It’s a strict policy that Canadian travellers are certainly not used to, with some industry insiders calling the new requirements unrealistic.

“I’m not comfortable with anything that makes the travel experience any worse,” said Dawson. “However, in saying that, we have to comply with the law.”

Transport Canada is “doing their very best to work with airlines to make this as smooth as possible,” he said.

Still, Dawson believes there’s an element of confusion among consumers and travel professionals over why the Canadian government chose to go this route.

“A lot of people don’t understand why there needs to be another level of testing,” said Dawson. “Why testing couldn’t be done upon entry into Canada, like in Calgary, [and] why there’s still a 14-day quarantine.”

In a Dec. 31 statement, Minister Garneau said the new testing measure “will provide another layer of protection for Canadians as we continue to assess public health risks and work to limit the spread of COVID-19 in Canada.”

The International Air Transport Association (IATA), however, has blasted Canada’s decision, calling it “callous and impractical” given the evidence that exists around testing as a suitable replacement for quarantine measures.

Dawson himself wonders why the government chose this direction, especially as the travel industry, for months, has been pushing for alternative initiatives that “provincial health units were in favour of.”

Ontario Premier Doug Ford, for one, has been an outspoken supporter of introducing COVID-19 testing at airports as a means of easing the 14-day quarantine rule.

“I would hope [the government] is looking at the best way to keep Canadians healthy and not just trying to [create] deterrents,” said Dawson. “We can support change providing that it’s science-based and that there’s logic to it.”

While several industry pros regard the new requirement as a major set-back in kickstarting the travel economy, Dawson said it’s too soon to predict what kind of impact the new rule will have on business.

“I expect this will kill any momentum,” he said. “We’ll have to wait and see how smooth the process is to get these tests.”

Dawson’s hope is that the new policy, if anything, represents “a first step” in reworking travel protocols.

“We have to get to a position where people can travel safely,” said Dawson. “There’s going to be twists and turns, but if this helps us get there faster, then so be it.”

For the latest travel advisories from Sunwing, click here. 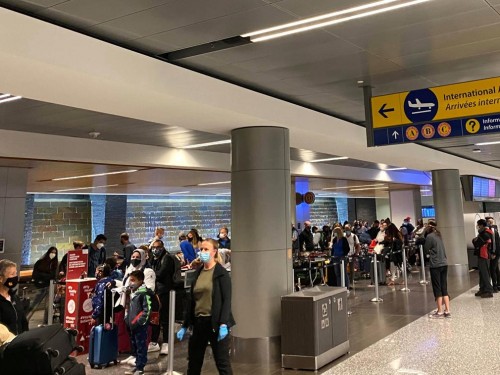 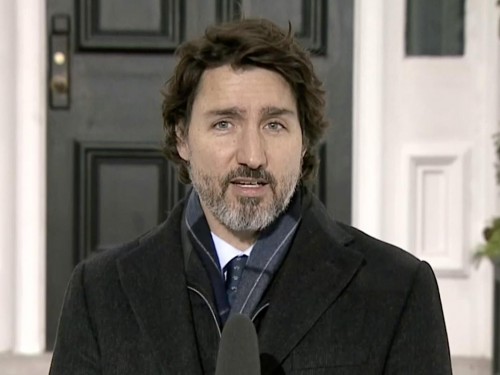