Sunwing has taken over all 11 hotels in Cayo Largo, Cuba. What this means for guests & agents

It’s not every day you see a tour operator claim every hotel on an entire island, but hey, in today’s crazy world, anything is possible.

Sunwing Travel Group, on Wednesday (June 22), hosted its first in-person event for travel partners in more than two and a half years to announce its latest project: a plan to completely take over Cayo Largo, a small island off of Cuba’s southern coast.

Yes, you read that correctly.

Sunwing, through its hotel management company Blue Diamond Resorts, has been granted exclusive rights by the Cuban government to run the destination’s entire hotel inventory – 11 properties, totalling 1,348 rooms – for the Canadian market as part of 10-year agreement.

“Cuba is a very important destination for Sunwing. And that has given us a lot of responsibilities and opportunities,” Eric Rodriguez, executive vice-president of partnership development at Sunwing Travel Group, told PAX at Wednesday’s launch, which welcomed roughly 150 attendees in a ballroom at Arlington Estate Event Venue in Vaughan, ON. 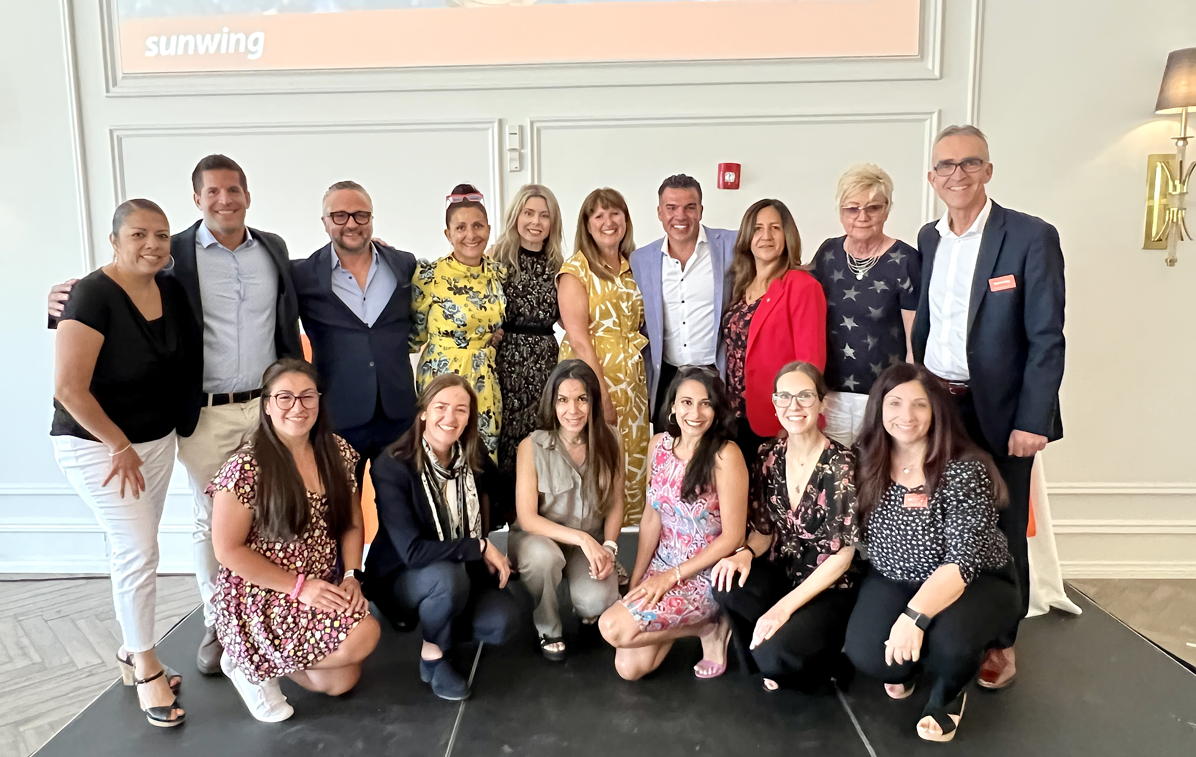 The small resorts and villa-like hotels on Cayo Largo – known for its long, unspoiled beach, prime snorkeling and diving areas and sea turtle conservation centre – are set up for all kinds of audiences, from families to adults-only crowds to LGBT+ travellers to even nudists.

“It’s a boutique destination,” Rodriguez said of the idyllic coral island, which is also a leader in sustainability. (Electric cars only, no plastic allowed. There’s even sustainable water developments). 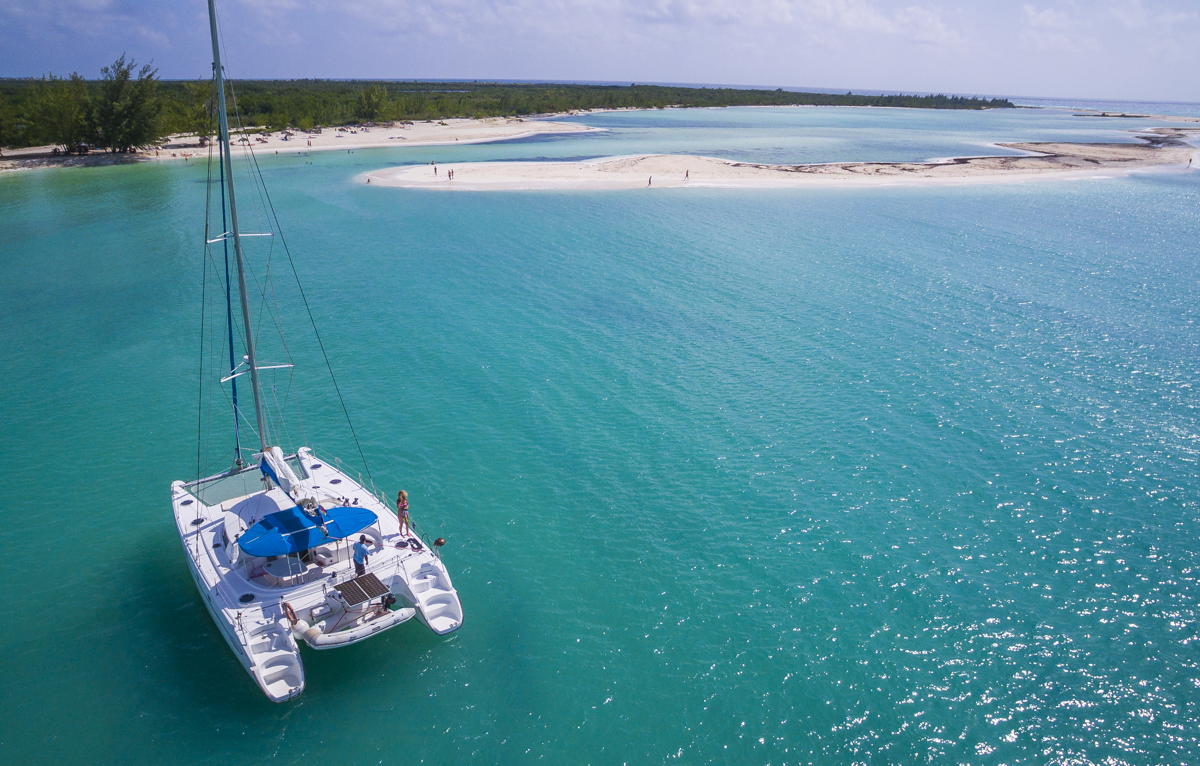 The island’s hotels are also really close to the airport. Like, walking-distance close.

Upon landing in Cayo Largo, transfers to hotels take a minimum of three minutes and a maximum of 11 minutes, Rodriguez said.

“It’s not an airport where you’ll have a ton of arrivals at the same time,” he said. “At most, you may have two.”

At a time when understaffed airports in big cities are grappling with long lines and anxiety-inducing crowds, that alone sounds like paradise.

But what does Sunwing’s deal with Cuba mean for guests and travel advisors? 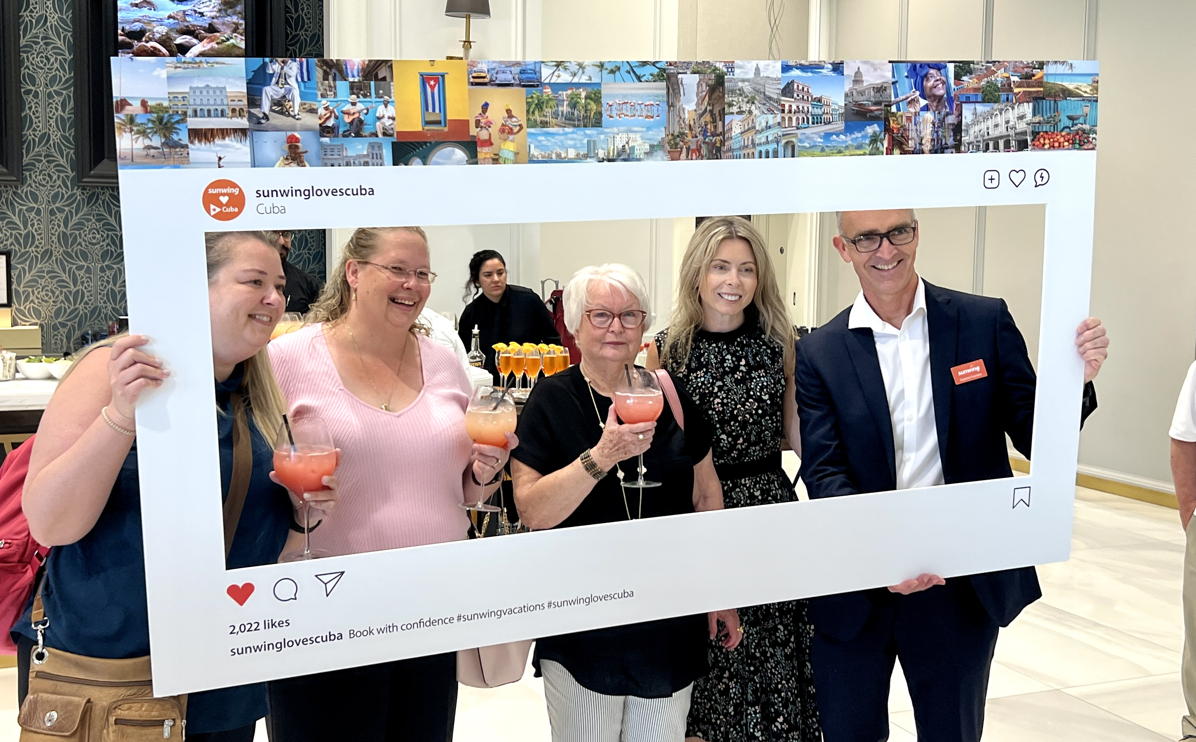 Keeping everything in house

For starters, with all the hotels being run by Blue Diamond, it will allow Sunwing to achieve and maintain a certain level of quality and take advantage of economies of scale.

“Instead of having 10 butchers, we’ll have one. We’ll have centralized services,” Rodriguez said, noting that such an arrangement, to date, is “really unheard of in Cuba.” 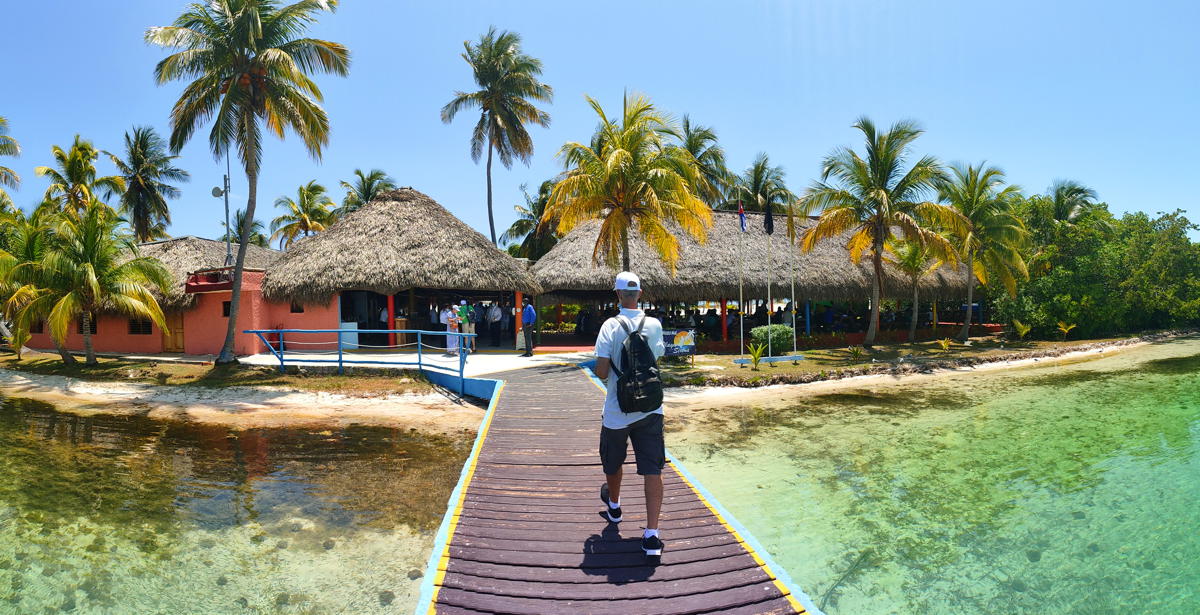 In other words, the 11 properties on Cayo Largo will be managed by one entity, creating room for consistency and eliminating the need for third-party services.

This approach will also diversify the hotels “so they’re not all the same,” Rodriguez explained.

But perhaps the most intriguing aspect of this deal is that Sunwing Travel Group has also received an exclusive international import license for the entire island.

This means the company will be able import goods into Cuba, like peanut butter, Nutella or Heinz ketchup – items that typically aren’t available at Cuban resorts.

“This will provide a better experience for Canadians,” Rodriguez said. “It’s difficult to import goods for one hotel, but when you’re controlling the whole destination, it’s much easier for us to do importation for all.” 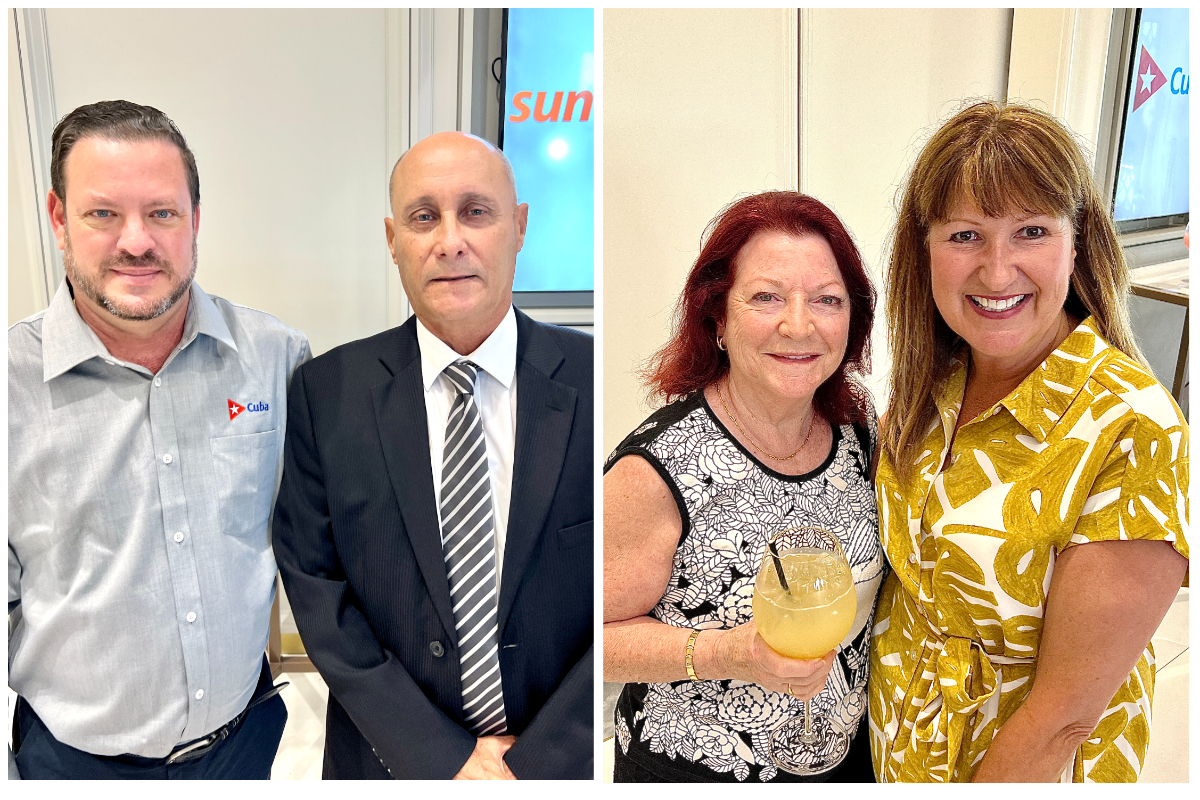 They have planes, after all, and the plan is to import ingredients to help improve the quality of hotel food in Cuba, where meals, at times, can be hit-or-miss.

Speaking of quality, the Cuban government has never been more committed to improving the island’s internet connectivity (a conversation that has been going on for years).

The Blue Diamond-led strategy in Cayo Largo, for one, is embracing open Wi-Fi for guests, eliminating the need for multi-digit internet scratch cards that are used in some parts. 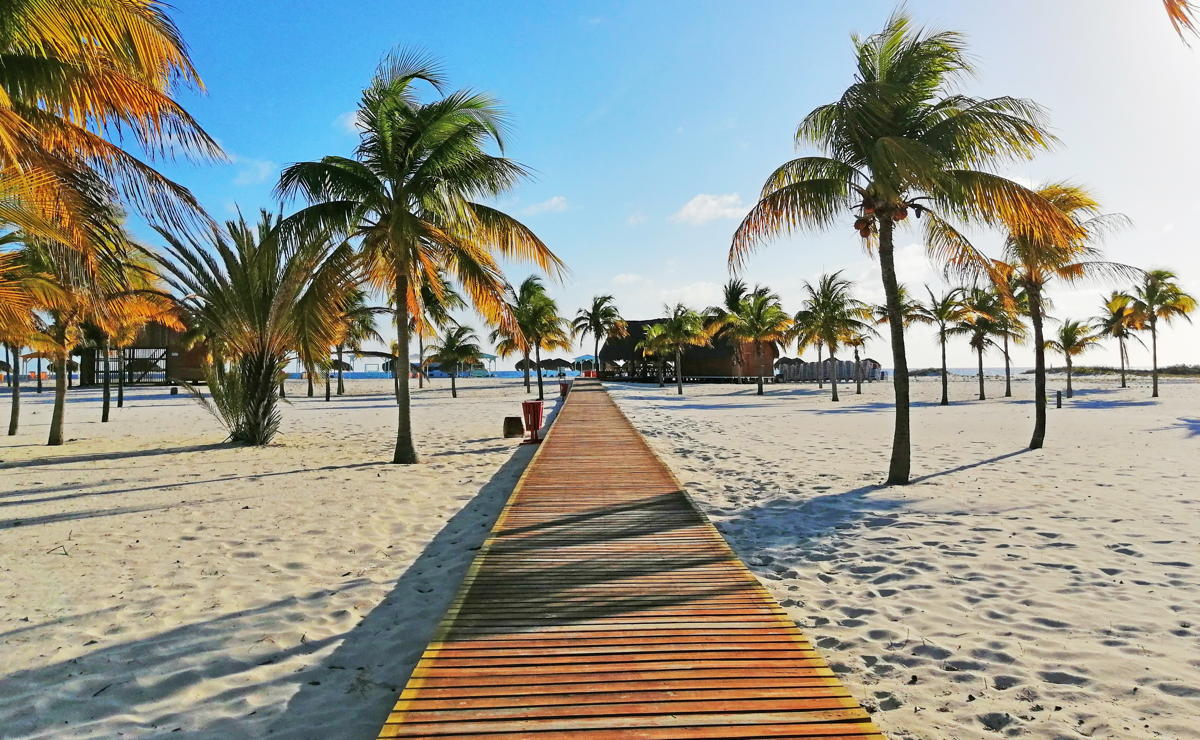 Does this mean Cayo Largo will have higher prices? It’s hard to compare to pre-pandemic times as the global inflation rate soars. Everything is more expensive these days.

“Cuba will always be an affordable destination and priced more attractively than other destinations,” Rodriguez said, addressing the question. “But all [prices] are going to go up.”

“The main thing here is that the Cubans, today, recognize some of the shortcomings they’ve had for years. And we’re committed to improving the quality.”

How did Sunwing get here?

(One of the first destinations Sunwing flew to was, notably, Varadero).

Rodriguez said the idea of a total island takeover came out of a conversation he had with his colleague, Mohamad Fawzi, managing director Cuba at Blue Diamond Resorts. 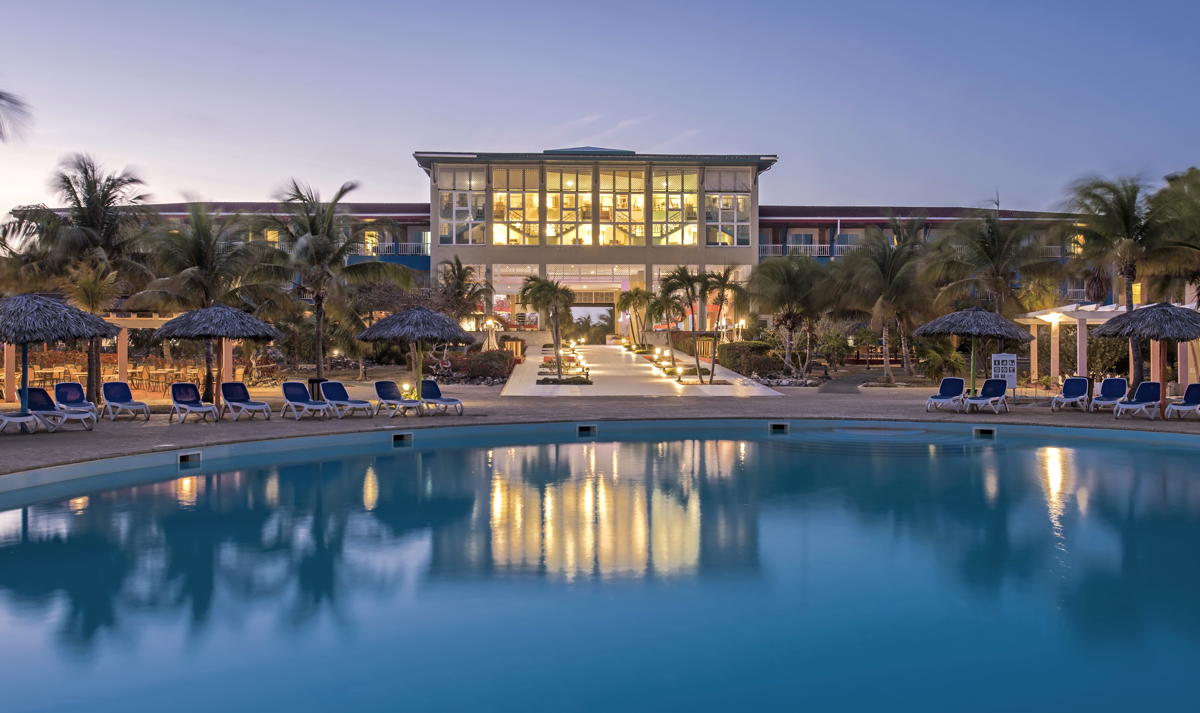 “[The government] was asking us to take over one hotel, and we proposed, ‘Why not the whole destination?’ That’s how it came out,” Rodriguez said.

“If anyone can make this work, it would be us.”

Mr. Fawzi, who was also present at Wednesday’s event, painted a serene picture of Cayo Largo’s 25-kilometre beach, where “there’s nobody,” besides employees and guests.

“You can go to the beach, ride a scooter and be alone on that beach,” he said. “It’s paradise.” 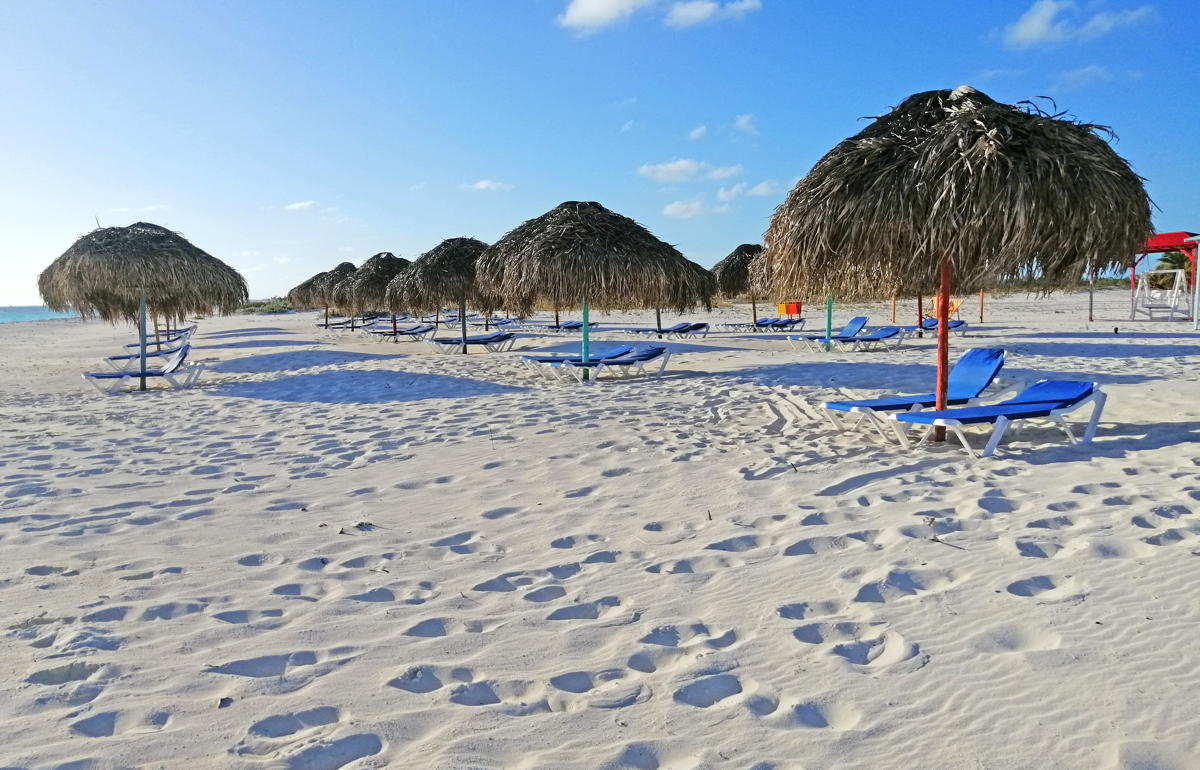 The hotels in Cayo Largo (which we’ve listed below) are currently being refurbished and four properties will be open to guests during the first week of November 2022, Sunwing says.

They will be available for travel advisors to book as of July 11, 2022.

And the look and feel of a Sunwing vacation will not change, Rodriguez said.

NexusTours, which runs Sunwing’s transportation and excursion logistics, will remain a point of contact for vacationing clients. 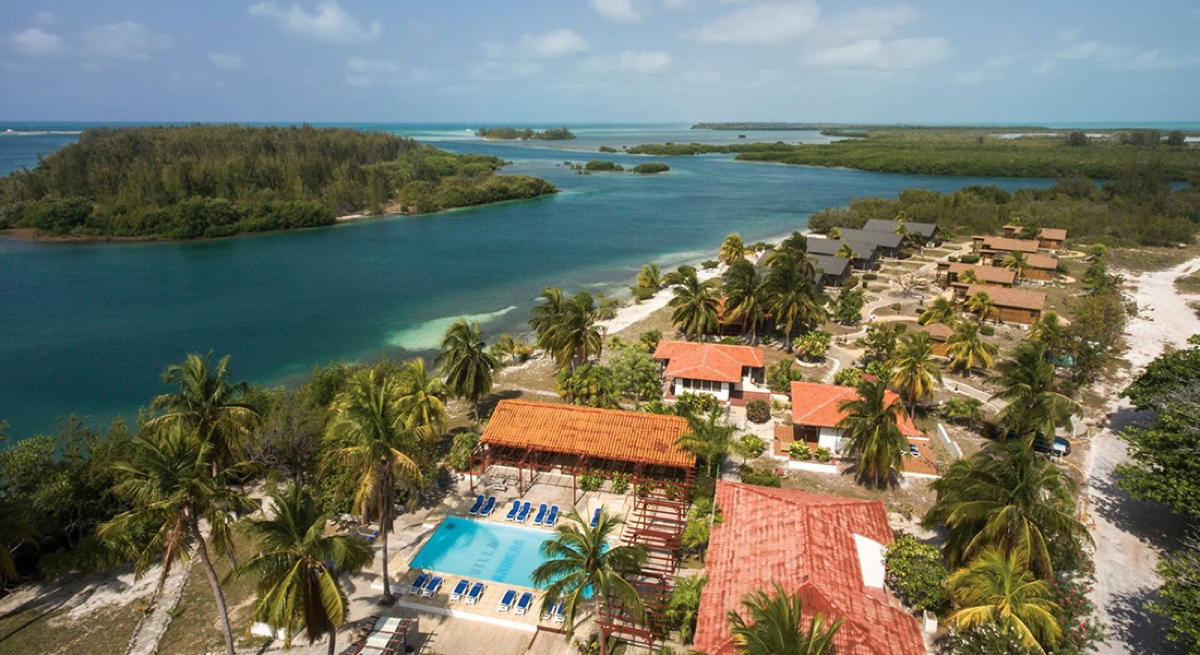 “The thing is to give travel agents security,” Rodriguez said, outlining Sunwing’s strengths as an integrated tour company. “It’s a one-stop shop under Sunwing.”

Once things are up and running, there could even be opportunities for Nexus to host parties on the island involving guests from all the hotels to create a “village-like atmosphere,” Rodriguez said.

There’s a marina, a tiny town…Maybe they should just call it Sunwingville or Sunwing Isle?

And this island takeover could be just the beginning.

When asked if Sunwing was eyeing other destinations it could potentially dominate, Rodriguez left us with the ultimate cliffhanger: