Sunwing is apologizing to travel advisors in Saskatchewan for crushing more than a month’s worth of bookings after it decided last week to temporarily suspend service out of Regina and Saskatoon airports.

“We sincerely apologize to our valued travel advisors in Saskatoon and Regina – who are instrumental in advising our mutual customers – for the inconvenience and disruption,” reads a company statement that was emailed to PAX on Wednesday (Jan. 4).

Yesterday, PAX profiled three Saskatchewan-based travel advisors who are losing thousands due to Sunwing’s last-minute Prairie pullout, which will cancel flights in the province’s two biggest cities up to and including Friday, Feb. 3, 2023.

Sunwing, which is offering full refunds for cancelled flights, is not protecting commissions for the bookings it disrupted, putting agents at a major loss during one of the busiest months of the year for travel.

Warman, SK-based travel consultant Ashley Doell, owner of Doell Travel, told PAX that she was "absolutely devastated" by the news as Sunwing, she said, makes up more than 50 per cent of Saskatoon’s options for sun destinations.

Doell had a destination wedding group of nearly 70 people that were supposed to leave on Jan. 8. That trip is now cancelled.

Because of that, and more cancellations, “I’m literally out tens of thousands of dollars,” Doell said.

Humboldt, SK-based Alison Berk of Alison Berk Travel said the pullout impacted 16 bookings she had with the tour operator – “which is pretty small compared to some of my colleagues who had to cancel up to 60,” she said.

“In Saskatchewan, we are so limited. Prices are crazy in February because of the school break and lots of flights are already full,” she said.

Rosthern, SK-based Kelly Klassen of Trevello had 49 family/multi-room bookings for Sunwing and two large groups – one of which was a corporate trip involving 100 people. 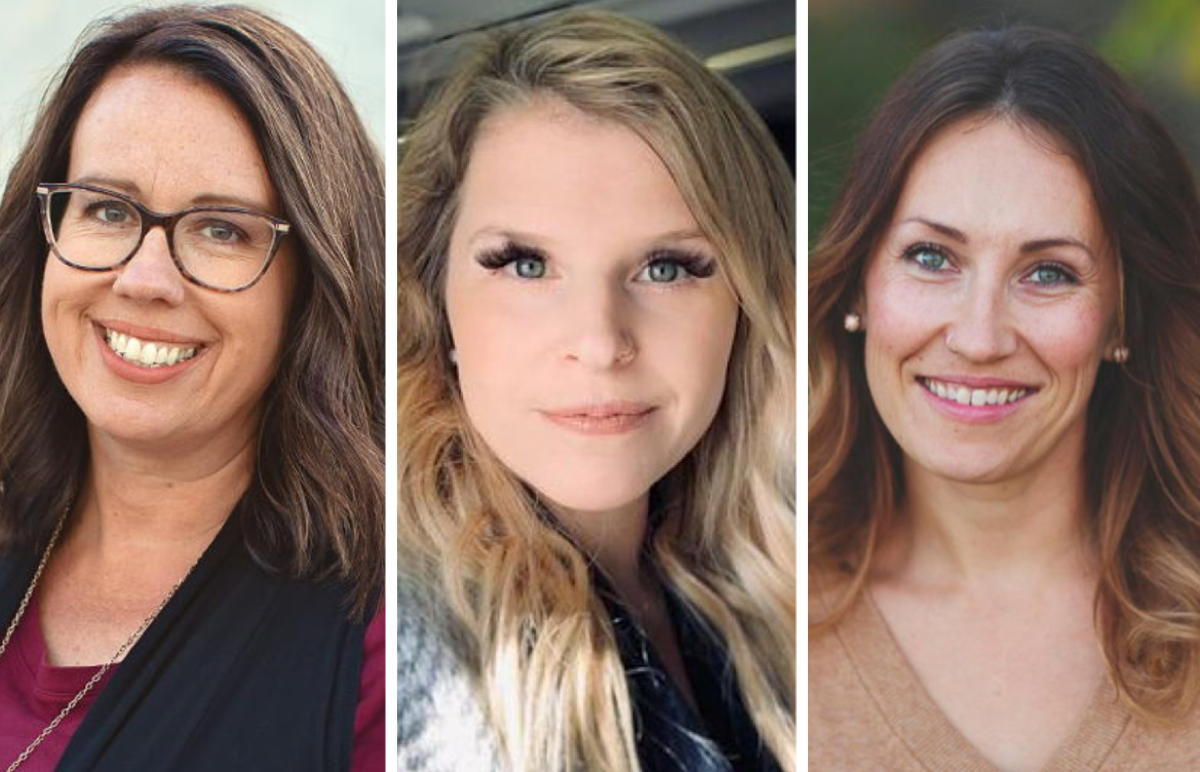 “I simply do not have the time to rebook and re-quote everyone,” Klassen told PAX.  “I am only one person.”

Klassen said just 20 per cent of her clients that were impacted by Sunwing's suspensions are rebooking.

The rest have cancelled.

Sunwing yesterday said the decision to temporarily halt operations from Regina and Saskatoon airports “was not made lightly but out of necessity due to several factors that prevented us from delivering the standards of service our Saskatchewan customers expect from Sunwing.”

“Within the next few days we will finalize plans for both airports for February and March, and it is our sincere hope that, with the continued support of our esteemed agency community, we can regain the trust of our Saskatchewan customers and return them to destination in the months ahead,” the tour operator said.

Tweets are not enough

Meanwhile, the chair of the House of Commons transport committee on Tuesday (Jan. 3) called for Sunwing (and Via Rail, which grappled with holiday travel disruptions of its own) to explain exactly what happened last week.

Before and after Christmas, passengers – customers of Sunwing and other airlines – were stuck on unmoving planes for hours, while others were left at airports in destinations in Mexico and the Caribbean after their return flight home was cancelled or delayed.

The chaos began after a winter storm slammed into Vancouver and Toronto in the days leading up to Christmas Day.

Liberal MP Peter Schiefke wrote in a tweet that he will convene a committee meeting and call for representatives from Sunwing and Via Rail to appear as witnesses.

New Democrat Leader Jagmeet Singh on Wednesday (Jan. 4) said the NDP wants the CEOs of Sunwing and Air Canada to appear at a future transport committee

“It's not enough for the Liberal minister to tweet that the situation was unacceptable,” Bachrach wrote in a letter that was signed jointly with other opposition MPs.

“He's the minister charged with overseeing Canada's transportation system and has specific powers under legislation. If anyone can do something to protect passengers, it's him. Canadians deserve to know what steps he took during the crisis and plans to take in the future to protect passengers.”

"We are incredibly sorry"

"We are astutely aware that, for too many Canadians, we failed to live up to that promise this holiday season. We are incredibly sorry for letting our customers down," the statement reads.

"Like many Canadians, we dreamed this holiday would be a return to normal. We planned our highest travel schedule since pre-pandemic and invested significantly to mitigate the potential risks that would come with meeting the high demand for travel over our peak winter season."

"While most of our customers enjoyed their holidays with minimal disruption, we had clear failures in execution, particularly in responding to weather-related delays and the aftermath of severe weather disruptions, which limited our ability to reposition aircraft and crew to other airports to help alleviate the backlog in flights."

These are just some of the challenges and obstacles Sunwing is facing this winter, the statement goes on to say. 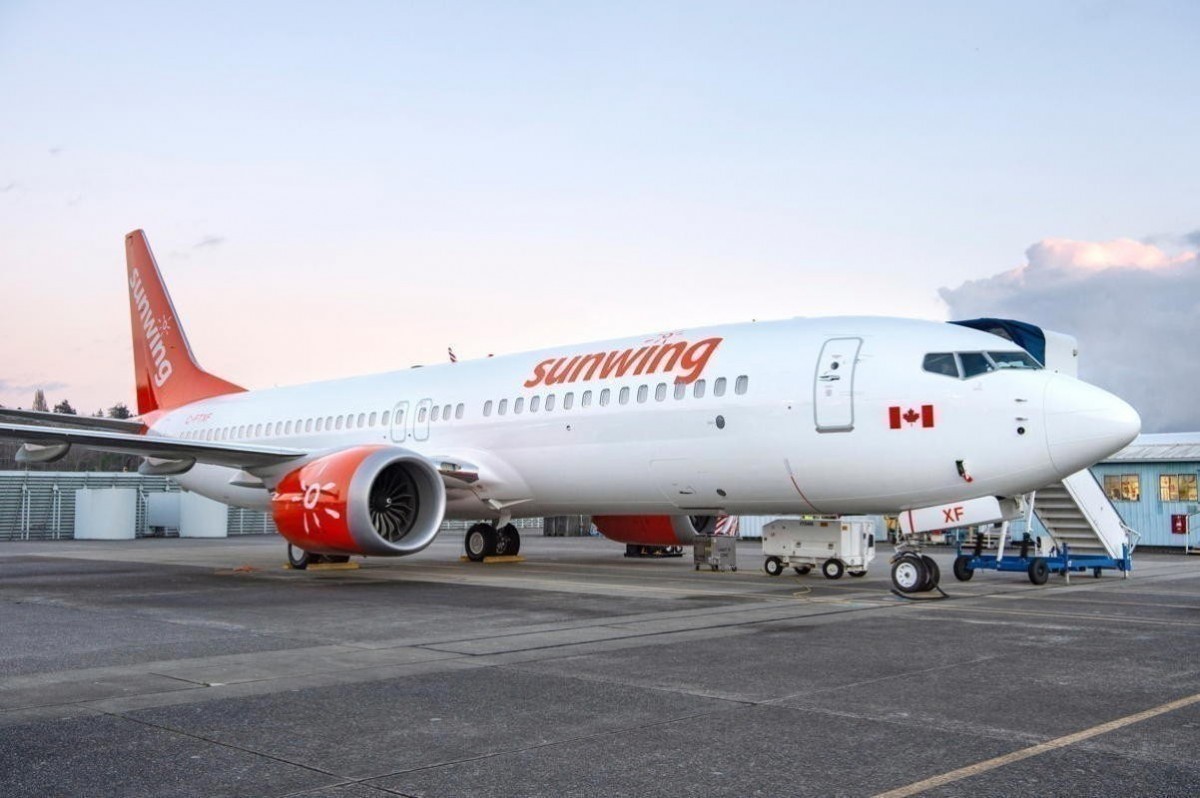 "As a carrier scaling up to meet our highest demand in years, we built an achievable plan which, due to a confluence of factors, we could no longer deliver, and we regret that we did not meet the level of service our customers expect from Sunwing," the statement reads.

Hunter and Corrado reiterated that Sunwing has completed all recovery flights related to the holiday disruption and now has "a roadmap in place to ensure that these issues do not repeat themselves in January or any of the months that follow."

This includes working on a mitigation plan to address technical issues with flight alert notifications and enhancing the communication flow to customers in destination through the collaboration and support of our airline and destination management teams, they said.

Sunwing to reduce some capacity

"We have also reduced some capacity during the month of January to ensure that we can execute to the highest standards with the least disruption to customers as we move through the winter season," the statement reads.

"We also understand our obligations under Canada’s Air Passenger Protection Regulations and will ensure full compliance with these regulations."

Sunwing is accepting eligible claims for compensation. Customers may submit their claims for review here.

This includes submitting receipts for reasonable expenses to purchase necessities due to baggage delays stemming from a baggage belt issue at Toronto Pearson International Airport, which impacted some customers that travelled between Dec. 24-27, 2022.

"We know that we cannot replace the time lost or disruption experienced during this holiday season, but we would like to reassure our customers that we are committed to doing better and regaining their trust in the weeks and months ahead. We will continue to provide updates on this important work," Hunter and Corrado write.

"Through our unwavering commitment to making vacation dreams come true, we hope to show Canadians what a Sunwing vacation truly feels like, and thank our customers for their patience and understanding as our teams worked tirelessly to overcome these operational hurdles in recent weeks."