There are some big smiles happening under those masks.

In an effort to inject some fun into the travel industry, the Transat sales team has been hosting in-person events this week in both Ontario and Quebec, providing travel advisors with an opportunity to catch up with friends and colleagues in an upbeat and casual space.

The pop-up series kicked off late Monday morning (Oct. 4) in the parking lot of Transat’s office in Etobicoke with DJ Mike on the decks, spinning dance-friendly beats, as well as food truck, which served tasty eats.

More events are unfolding this week, with stops happening in Hamilton, ON, and Montreal, QC, today (Oct. 5), and then in London, ON and Quebec City, QC, on Thursday (Oct. 7). 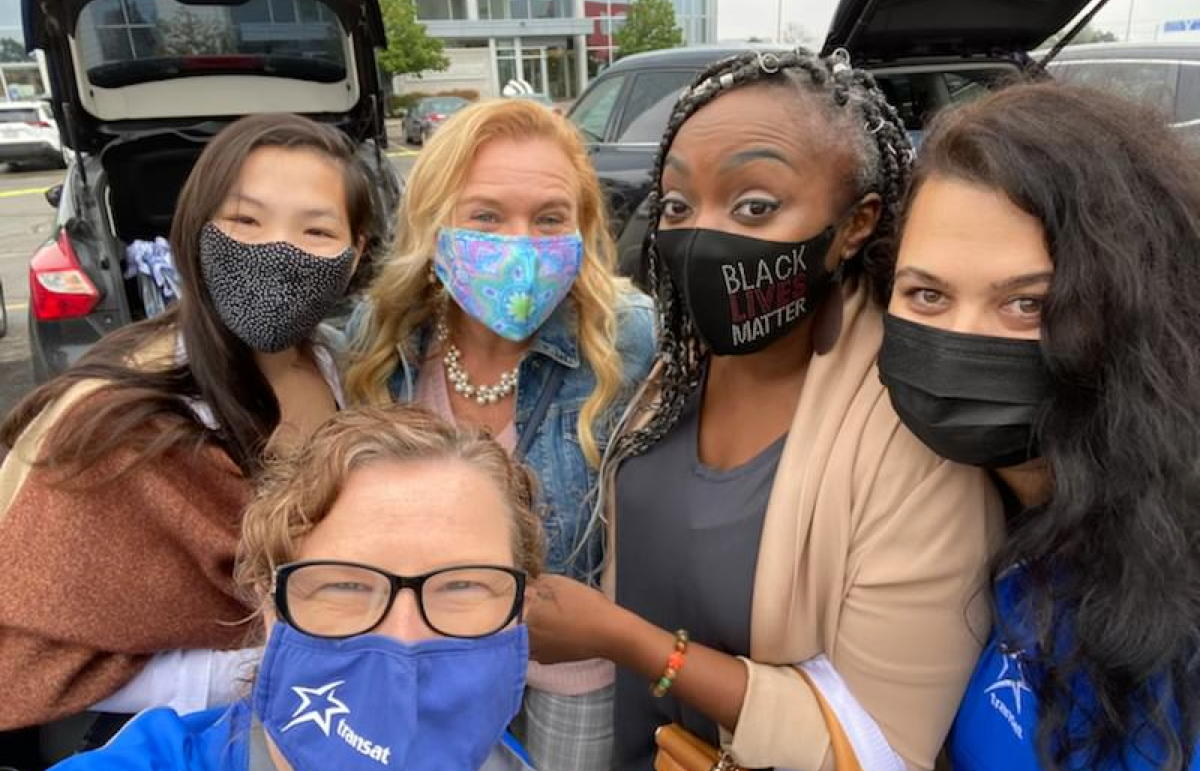 “Feel the love and show the love”

After several challenging months of processing refunds and coping with ever-changing travel restrictions, it was important to “feel the love and show the love” by hosting some live party-like gatherings, Bursey said.

Monday’s kick-off attracted roughly 70 travel partners, with some dropping in just to say hello while others stayed for the entire two-and-a-half-hour duration.

Most importantly: “We felt it was safe to have outdoor events,” Bursey said, noting the merits of taking a break from the virtual platforms that have become so common during the COVID-19 pandemic.

Transat is still hosting a virtual training academy on Oct. 26, but “we still wanted to have that personal touch wherever we could,” Bursey said. 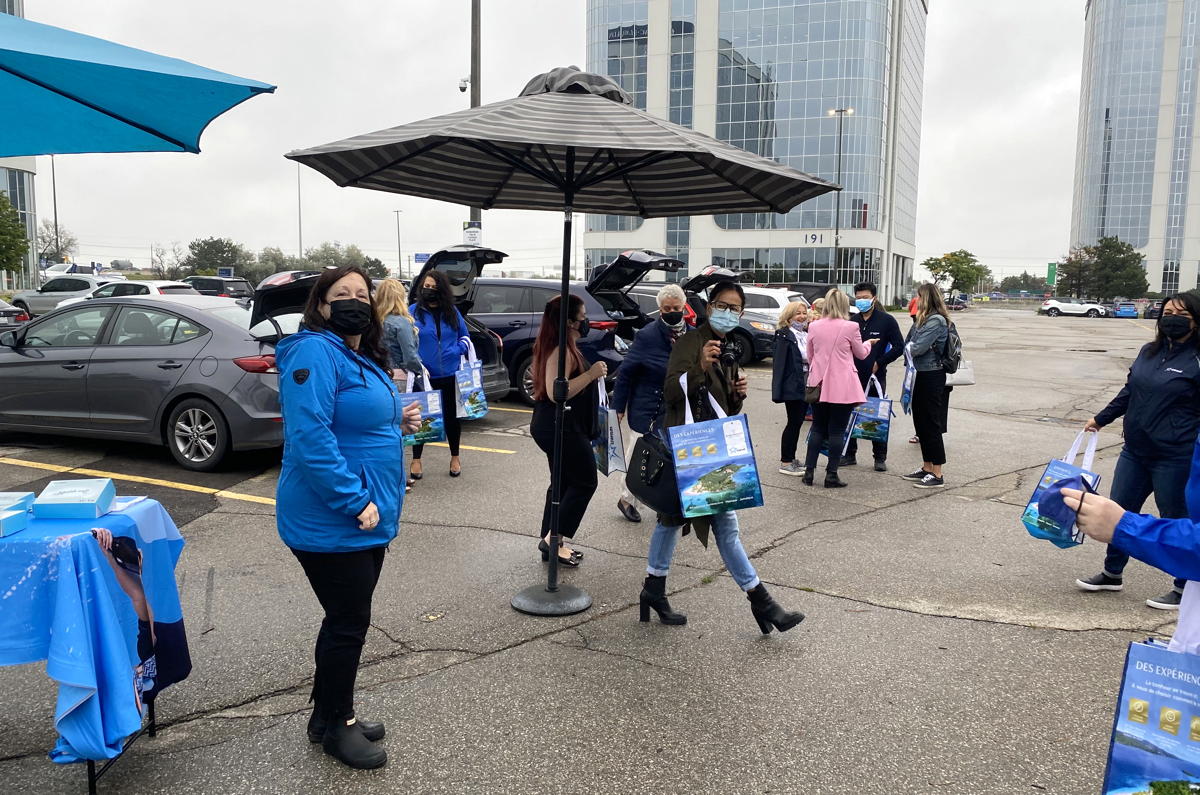 While the events have no formal presentation, travel partners have been able to discuss updates with the Transat team, in person, and grab the latest marketing materials.

Transat, like many travel companies, decided not to print brochures this year. Instead, “brochure covers” were created, which agents can display on racks in their offices.

QR codes are displayed on the front of each cover, which allows customers to scan and retrieve information about Transat’s latest travel offerings.

Attendees can collect the covers at Transat’s events this week and “we want to get them into the hands of as many agents as we can,” Bursey said.

Travel advisor Sheila Aue, of Sheila's Destined to Travel, an affiliate of Travel Professionals International (TPI), said it was "great fun" meeting up with the Transat team face to face at Monday's event.

"Despite the dreary weather, the mood was relaxed, laid back and filled with great music," Aue told PAX.

Transat also displayed their onboard food options, as well as their new traveller care kits, which contains a mask, hand sanitizer and sanitization wipe.

"Another highlight was the food truck, which offered delicious burritos with nachos or french fries. Oh so yummy!" Aue said. 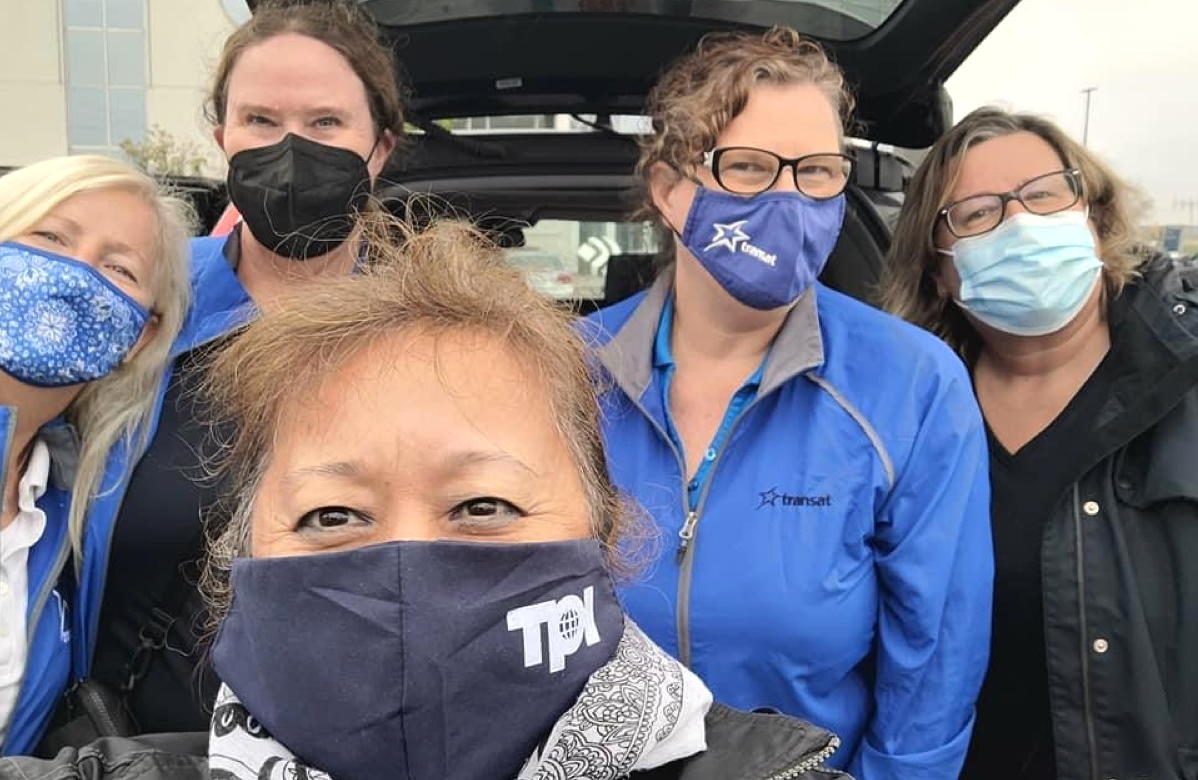 “A lot to be optimistic about”

As the travel industry gradually reopens, there is “a lot to be optimistic about,” Bursey said.

Air Transat was recently named "World's Best Leisure Airline" for the 4th time at the Skytrax World Airline Awards, for one.

On the backend side of things, the processing of refunds for cancelled travel during the pandemic is almost complete, Bursey said.

“The last remaining [refunds] will be done soon,” she said. “I think everyone in the industry wants that to be over.”

Air Transat, recently, announced the return of several international routes to destinations, such as Manchester, London (Gatwick), Portugal and Cuba.

Transat also, this week, launched its Keep Palm and Travel On promo, inviting travellers to take advantage of great deals to book getaways in the tropics. 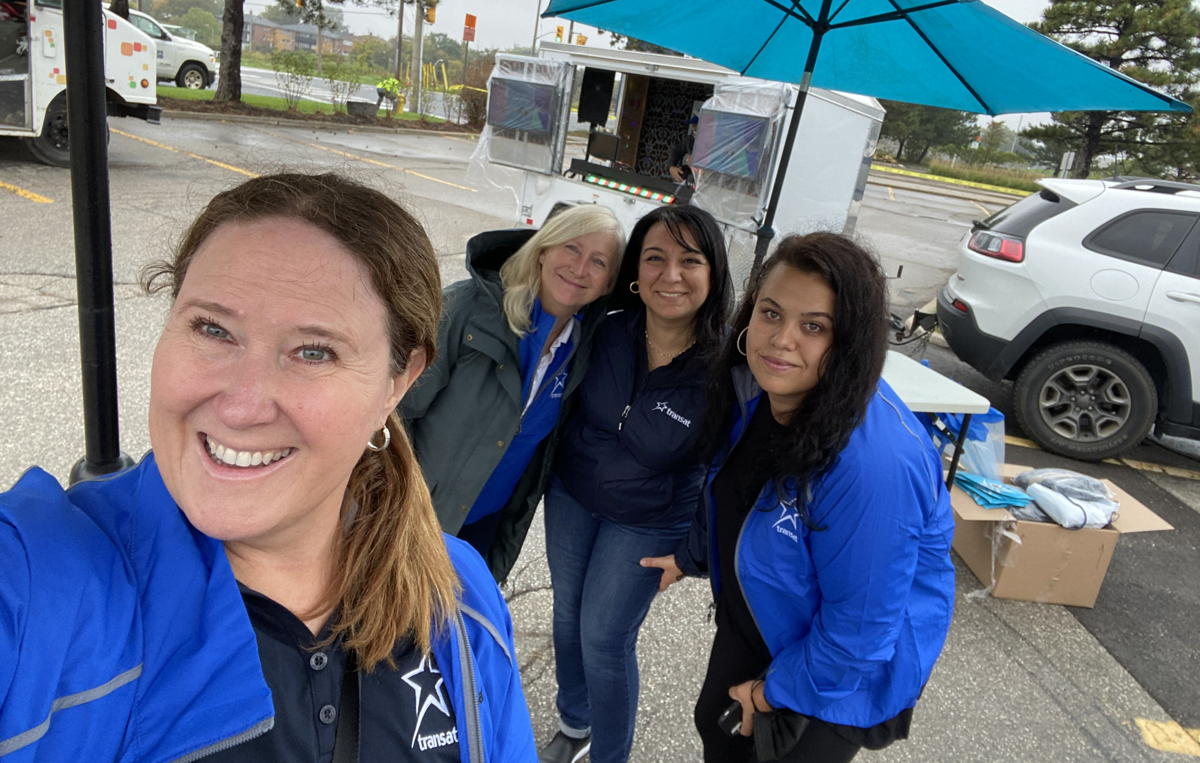 Sales, in general, are “up and down” these days, Bursey said, noting how the next big hurdle will be getting families to feel comfortable with booking and travelling again.

But: “We’re further along than we were months ago,” she said. “With everything, we have to take changes in stride.”

“Everybody booking travel right now needs to do their research and keep an open mind if there are changes. It’s still very tough, but we’ll get through it.”

Registration has closed for Transat’s remaining events this week, but travel advisors who would still like to attend are invited to email insidesales@transat.com for details.