Nothing screams “recovery” quite like seeing some 600 travel advisors pile into a trade show and engage with more than 70 suppliers.

The travel industry’s unflinching determination to rebuild business after more than two years of pandemic-related challenges went into high gear Tuesday night (Sept. 20) as trade professionals from Quebec, Ontario and beyond came in droves to participate in Air Canada Vacations' national product launch at the Centre Mont-Royal in Montreal.

The jam-packed function – ACV’s first in-person “#ACVDreamMakers” event since 2019 – doubled as a virtual show as an additional 1,500 agents from other parts of Canada logged in to watch the action livestream online. 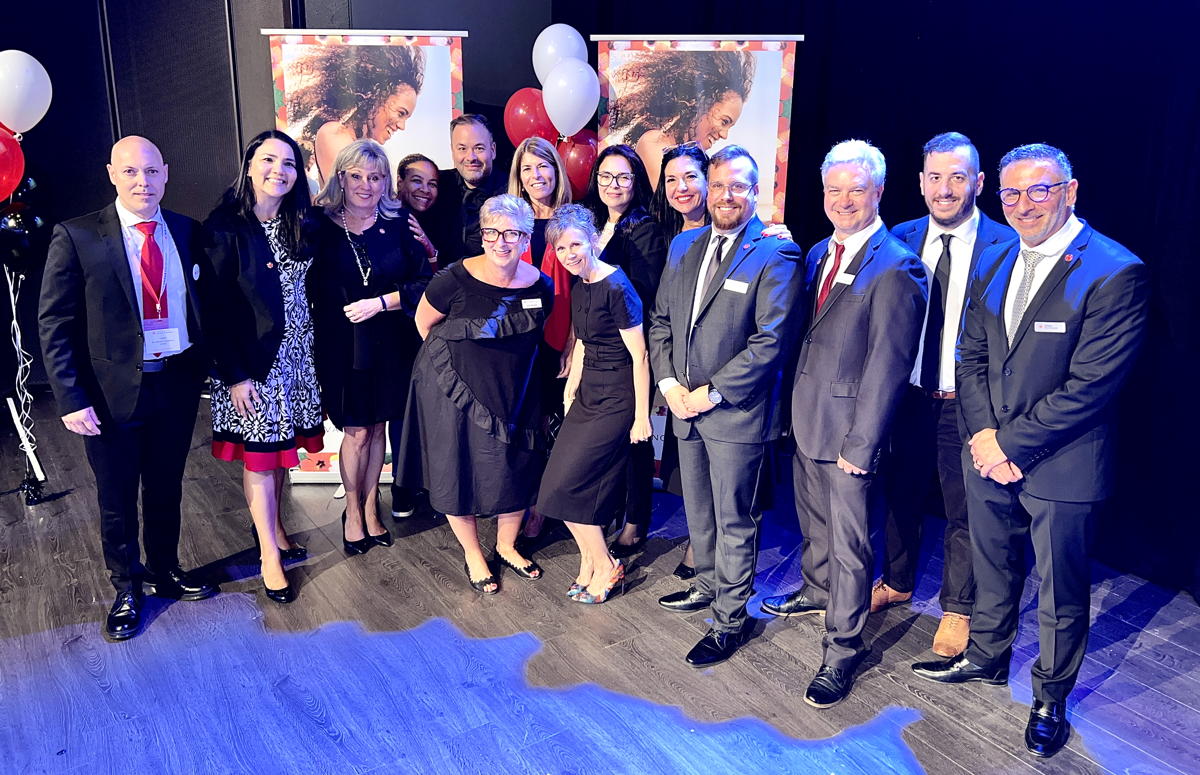 Hosting a single stand-alone event in one city marked a departure from the cross-country format ACV used to follow in pre-pandemic times.

The reason for the change is related to the unpredictable nature of the pandemic, said Nino Montagnese, vice-president of Air Canada Vacations.

“We didn't know if we were going to be able to host it in person or not,” Montagnese told PAX, which was on the scene last night. 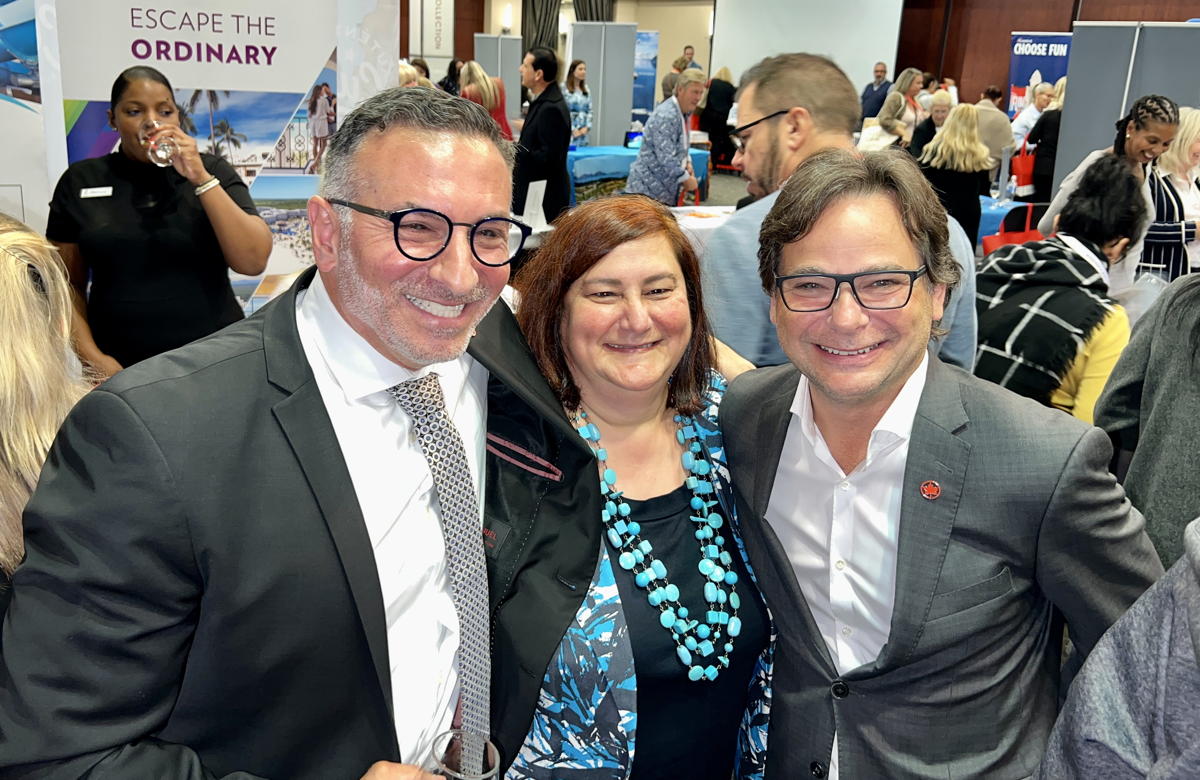 This year’s launch was supposed to be virtual, he said.

But after weighing the logistics of signing a contract for a venue months in advance, a decision was made to streamline everything with one in-person event and national broadcast, which included English translation. (Last night’s in-person presentation was mostly in French).

If there’s a silver lining to the strategy, it’s that it guarantees a strong attendance.

“If you're moving from city to city, you don't get this kind of turnout,” Montagnese said, noting that the multi-city format will “likely” return next year. 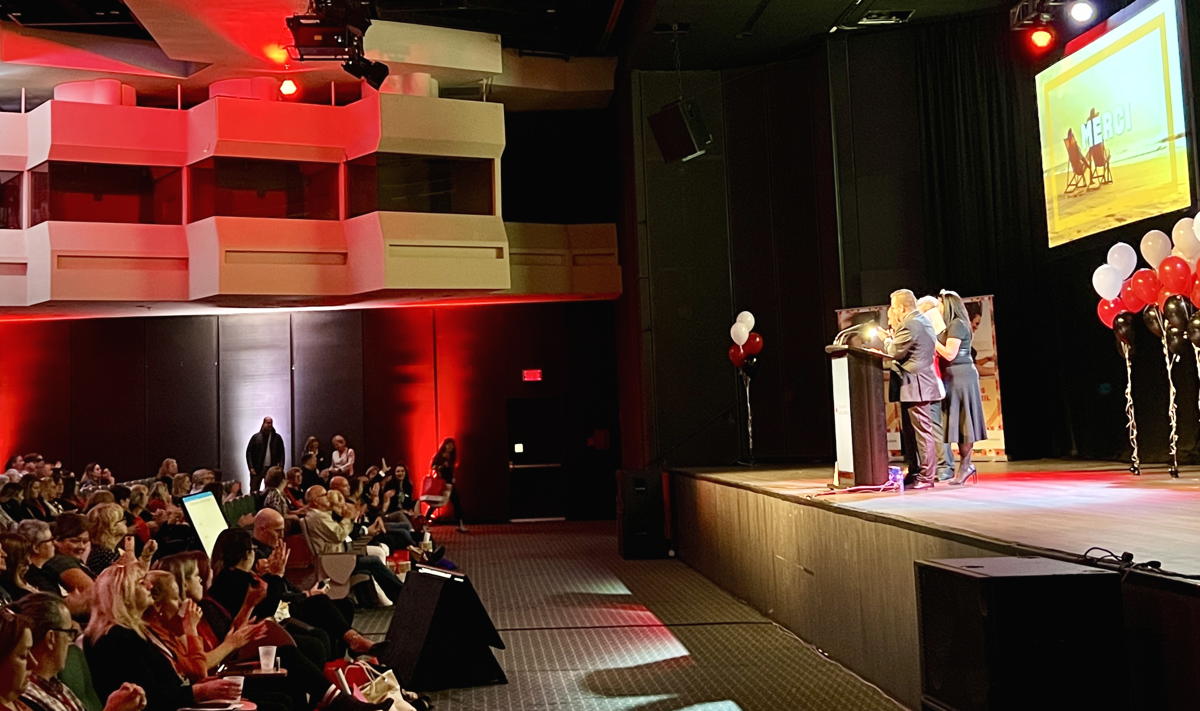 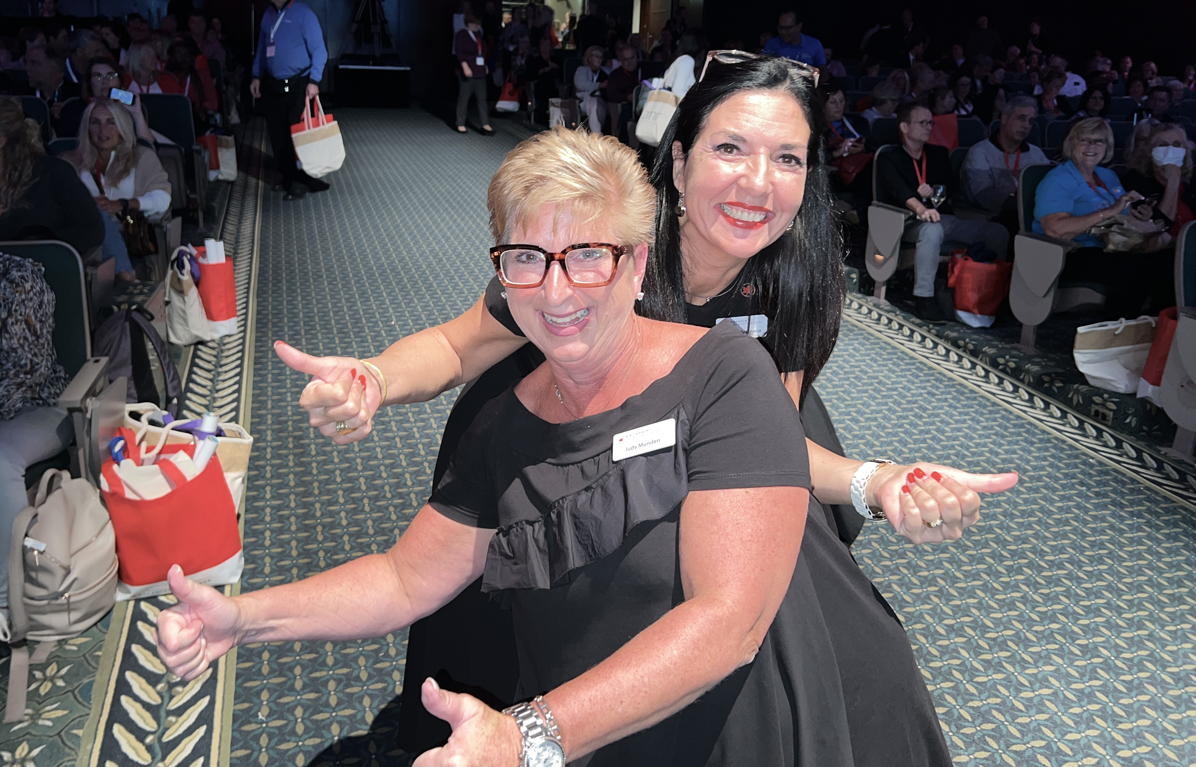 Looking ahead to brighter skies

Later, everyone moved to the venue’s auditorium, which was illuminated in Air Canada-red lighting, to watch a high-energy presentation.

Drum and violin duo “Skin N Strings” fired up the audience with rhythmic applause before ACV’s leadership team took to the stage to showcase its 2022-23 collection, e-packages (which enable flight-hotel combos anywhere Air Canada flies), travel plans, new partners (like Riu), and new experiences, such as ski vacations in Utah and Colorado. 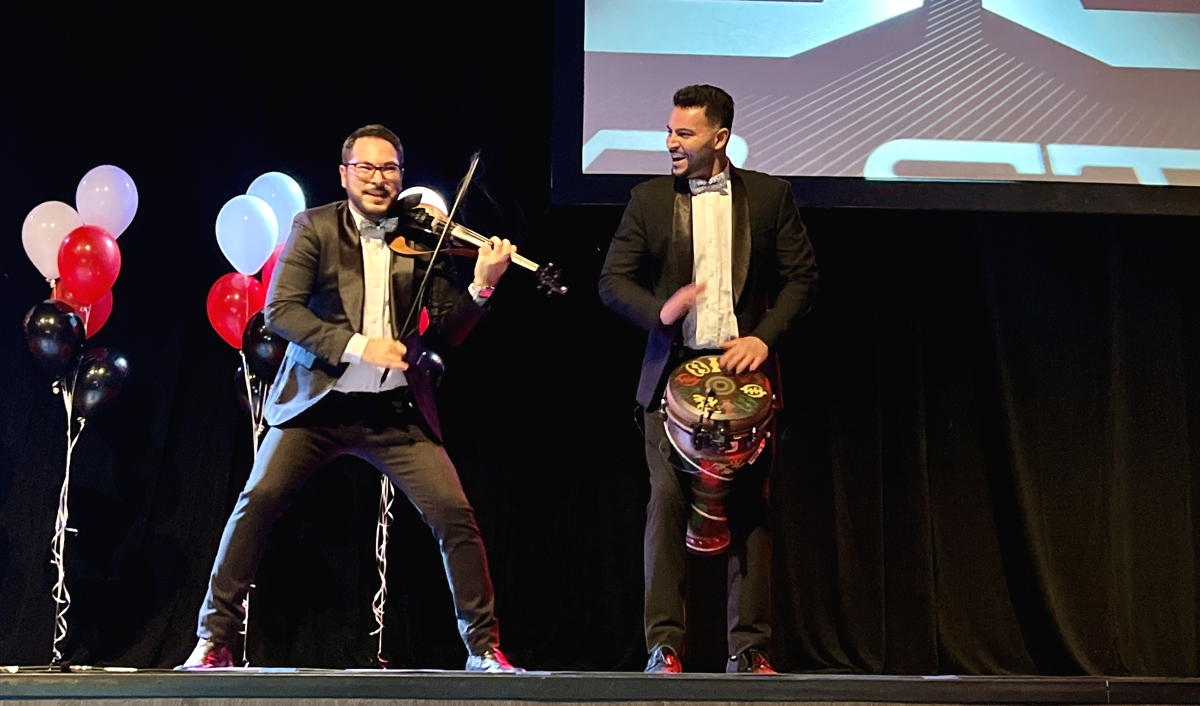 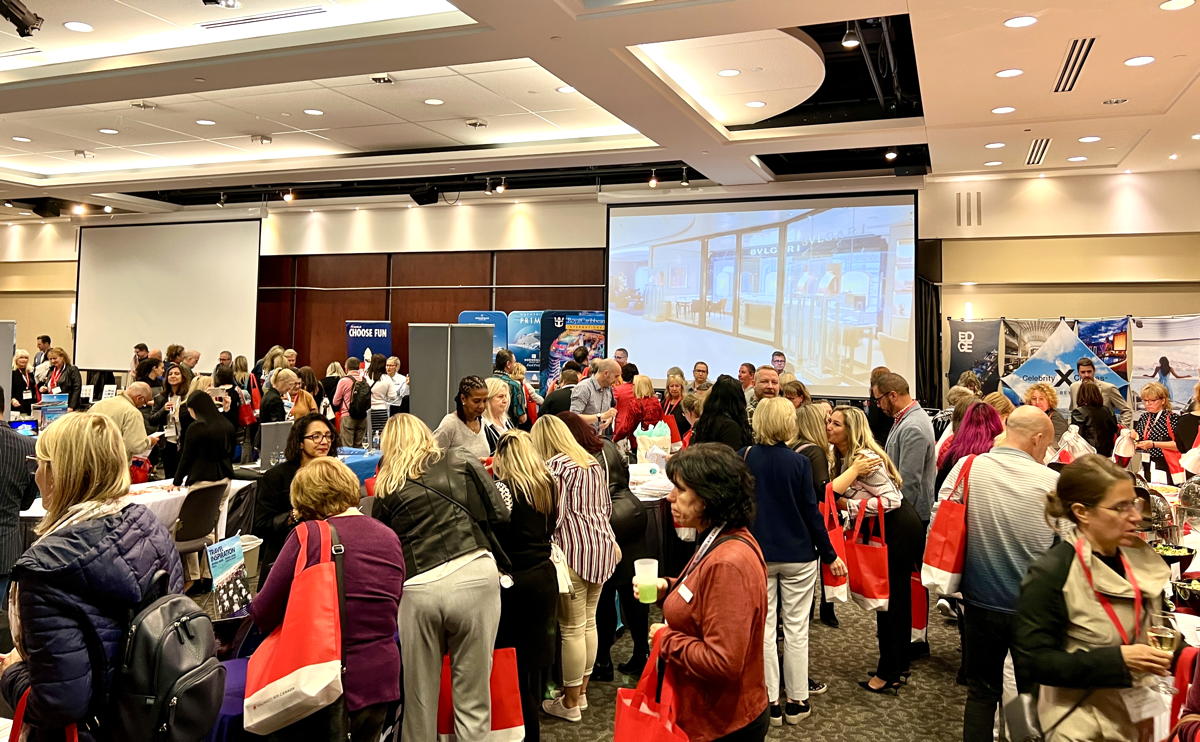 Lucie Guillemette, president of Air Canada Vacations, described the past few years as a “path of transformation” as ACV worked to create more self-serve tools and policies that support the trade and offer flexibility to customers.

“We have all shown determination, resolve, and we cannot be more excited – and at least have the opportunity – to look ahead to brighter skies as we aim to rise higher than ever before in partnerships with all of you,” Guillemette told the audience.

Guillemette, who is also executive vice-president and chief commercial officer at Air Canada, provided an operational update as the airline works to restore its pre-pandemic standards of customer service. 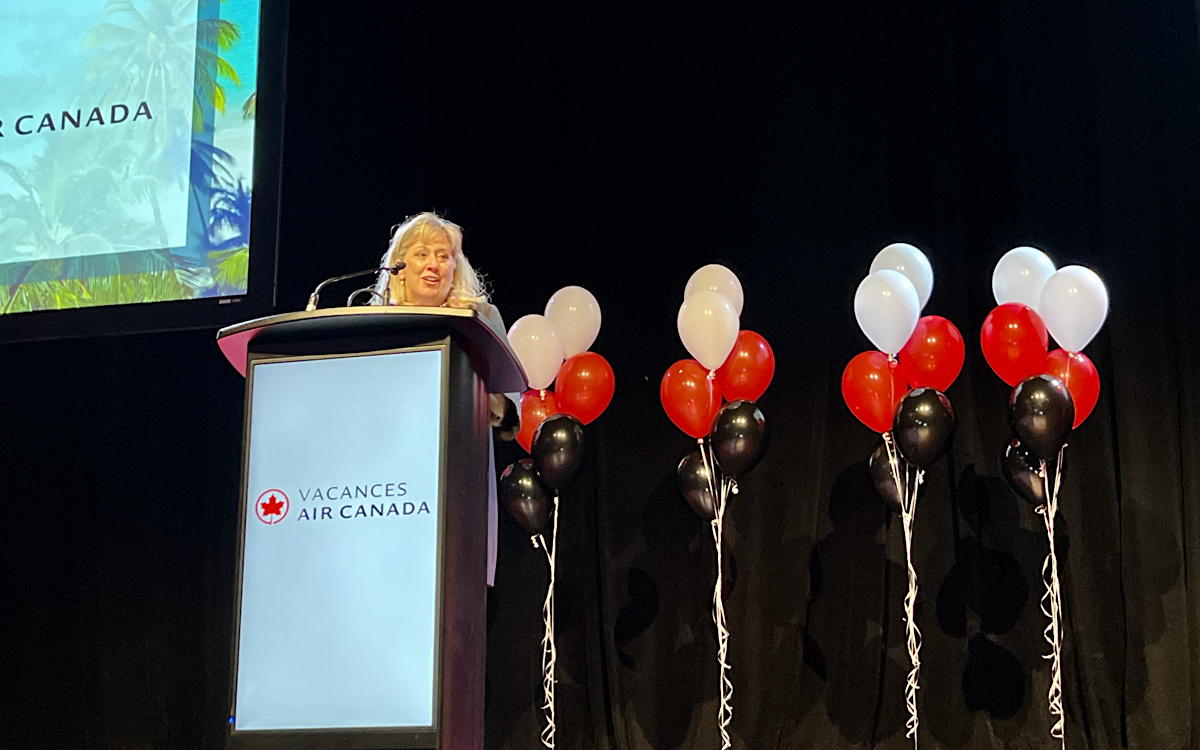 As it has been well documented, the global airline industry faltered this past summer due to the challenges of restarting after a two-year shutdown.

“We continue to see steady increasing stability in our operations with tangible improvements in key metrics,” Guillemette said. “We see progress in the areas of flight delays, cancellations and also baggage handling.” 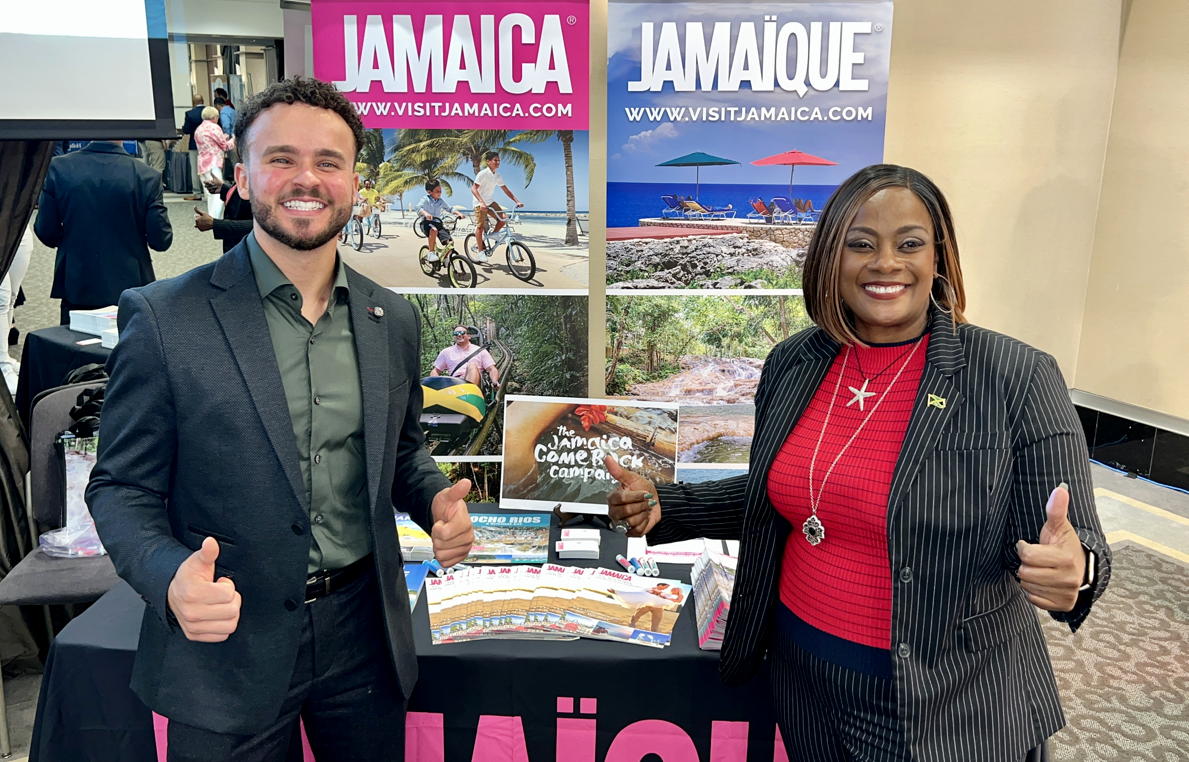 Air Canada Vacations is back this winter with more than 600 resorts in 38 sun destinations.

Supporting everything is ACV’s new “Dream of Sun” digital brochure, an interactive, image and video-filled platform that comes in two versions: one for consumers and one for the trade.

Business is “steady” at ACV, Montagnese told PAX, noting that up until three weeks ago, the bookings were surpassing 2019 levels.

Currently, activity is back at 2019 levels, “so we're still in good shape,” he said.

And 80 per of ACV’s business still comes through its retail partners. 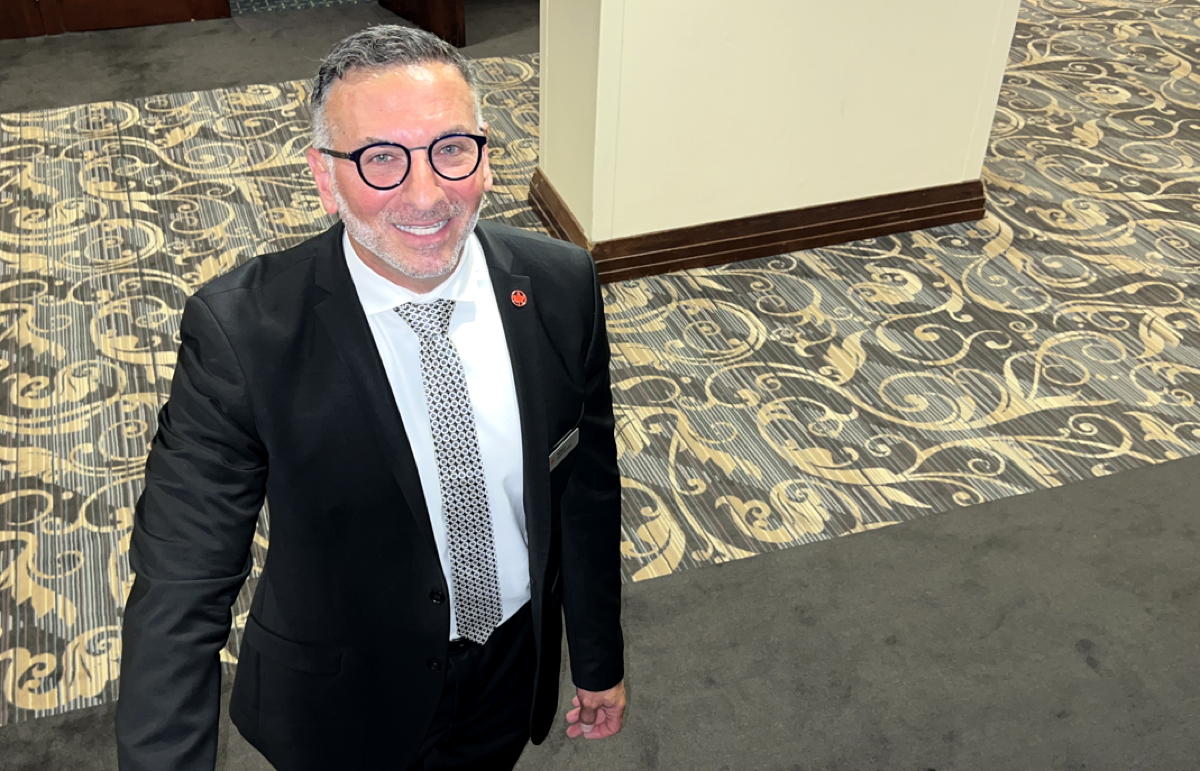 But driving the winter strategy is a commitment to digital transformation – the aforementioned interactive brochure is something that ACV is proud of. And pushing.

“It's the way of the future. We hear it, we know it,” said Montagnese. “When it comes to travel technology, the entire industry is behind. But we're investing.”

There were logical reasons for going digital. It’s good for the environment, for one, and a lot of retail partners are now working from home. Mailing out printed materials, to the right addresses, has never been more complex.

With the virtual brochure, agents can save pages and send them directly to customers, Montagnese explained. 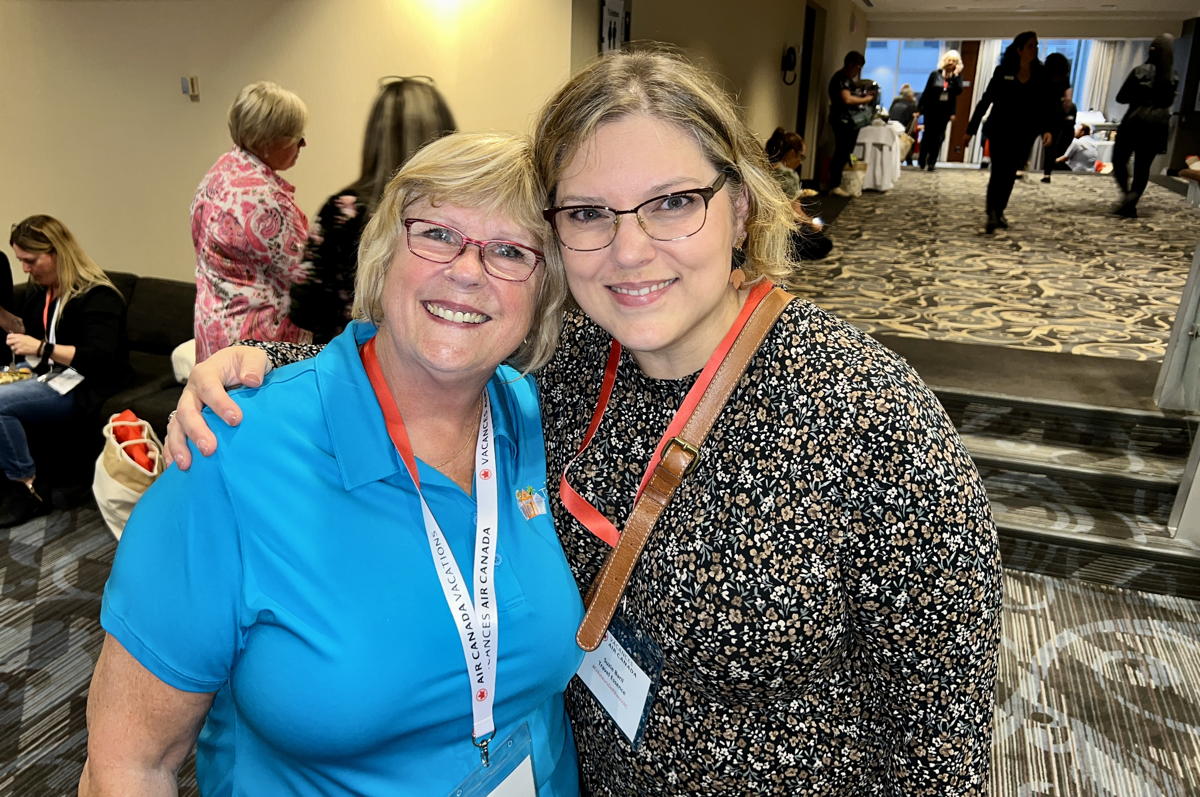 “We've created a platform that’s full of rich content that agents wouldn't get in a print brochure,” he said. “This is a living, breathing platform that we can easily update if, for example, there's changes to properties. You can't do that with print.”

Recognizing that the switch to digital may be an adjustment for some, ACV, last night, provided everyone with a Tool Kit (booklet) full of guidance, along with overviews of this season’s hotels, flights, cruises and promos.

A suite of tools were unveiled in November 2021 as the tour operator – like most travel companies – developed ways for agents to manage bookings online as the industry grappled with long telephone wait times. 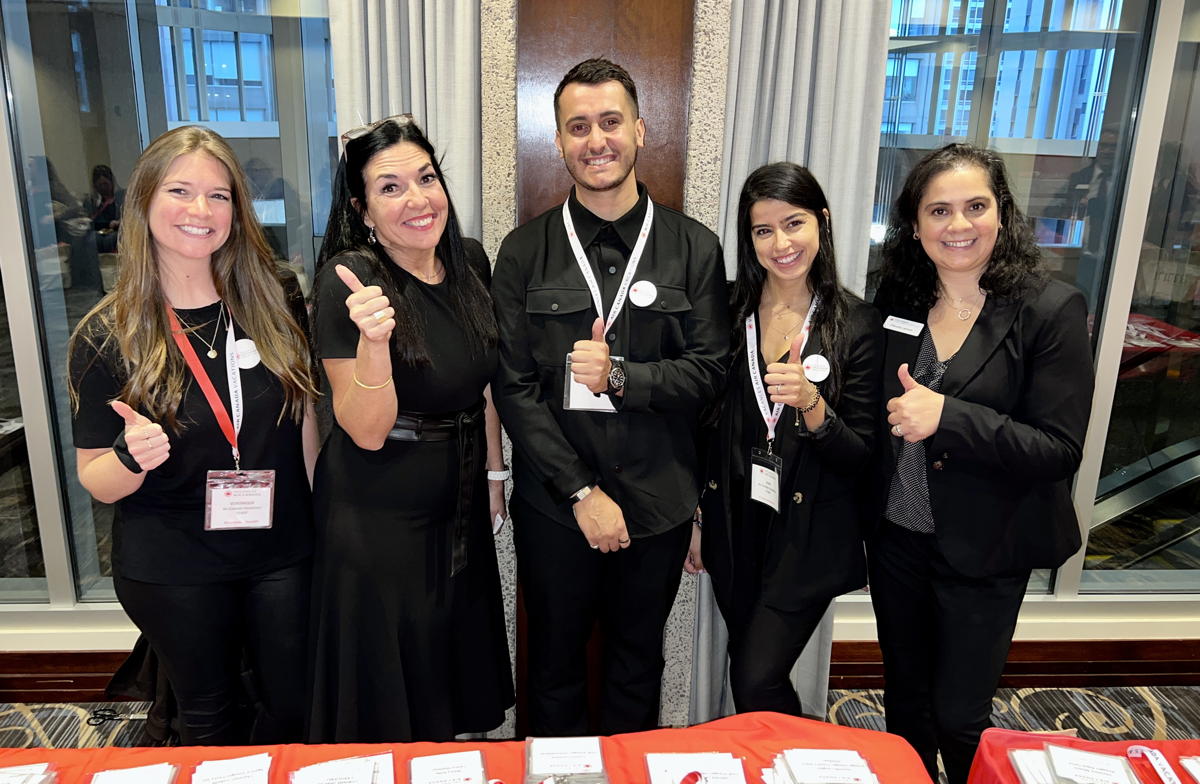 Agents can serve themselves up to seven days prior to departure, whereas other companies have a 21-day rule, Montagnese pointed out.

The push to “serve yourself” was amplified over the summer when ACV introduced a $25 administration fee for certain types of calls, such as requests to add payments to a booking or make a name change.

“We introduced the fee not because I don't want calls. It’s because I want the right calls,” Montagnese said. “We were getting all these calls for name and age corrections. It was clogging up the queue and people who needed the support of our call centre couldn't get through.”

Did the strategy work? Put it this way: since the fee was introduced in July, ACV has charged just 20 agents, Montagnese said.

“More people are using automation. It worked,” he said.

Staffing up for winter

But some files do require the help of call centre staff, a department that, across the industry, has faced recruiting challenges amid high turnover rates.

Speaking on a panel at last week’s ACTA summit in Toronto, Montagnese addressed call centre wait times, stating that ACV is “staffed up” for the winter rush.

Months ago, at the height of the pandemic, and amid travel’s restart, ACV’s hold times were coming in at six hours, or more, “because we didn't have employees to answer the phone,” Montagnese said. 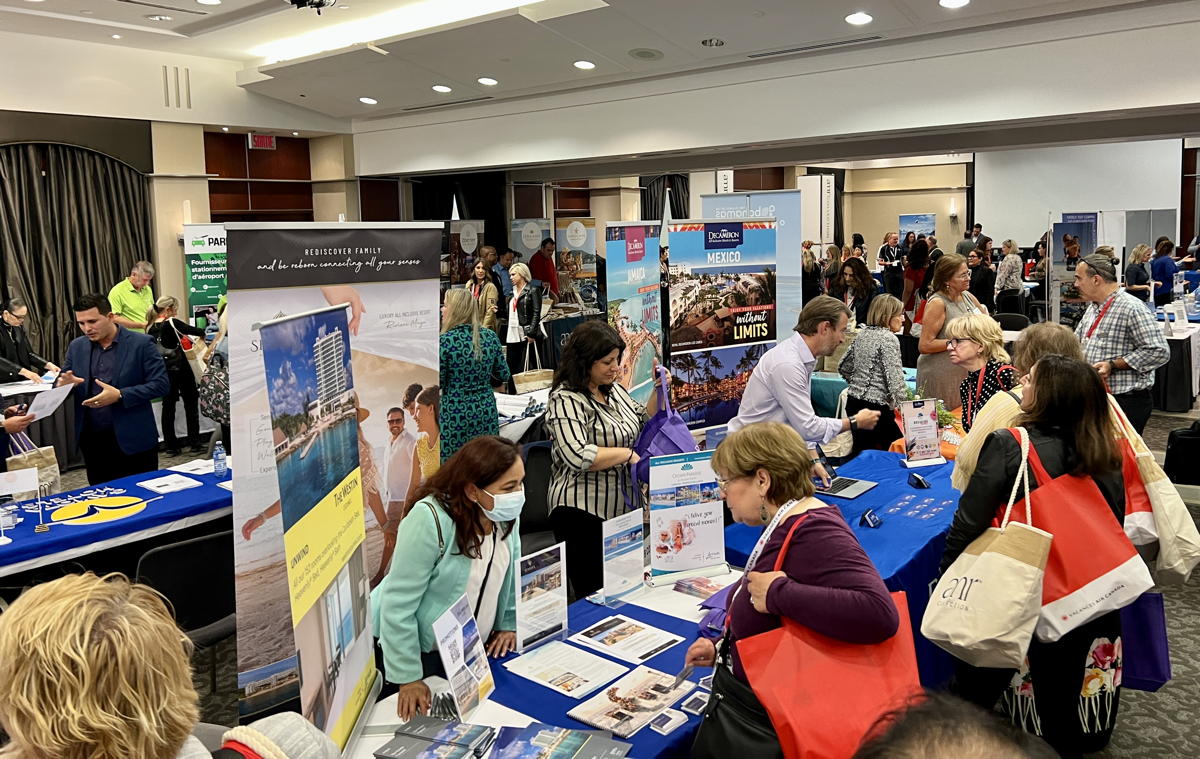 Now, as the summer rush winds down, hold times are between 10 and 14 minutes, Montagnese said.

“Remember, we have a lot of new employees, so we’re training them, getting them used to the product and systems,” he said. “We're finding that wait times are dropping even more because they're quicker on calls.”

There’s a group-travel protection plan available for just $49 per person. This allows groups of up to 30 passengers (15 rooms) to cancel for a full refund or make penalty-free changes up to 60 days before departure.

ACV’s groups department has expanded its hours of operation: they’re now open Monday to Friday from 8 a.m. to 8 p.m., and Saturdays from 9 a.m. to 5 p.m. 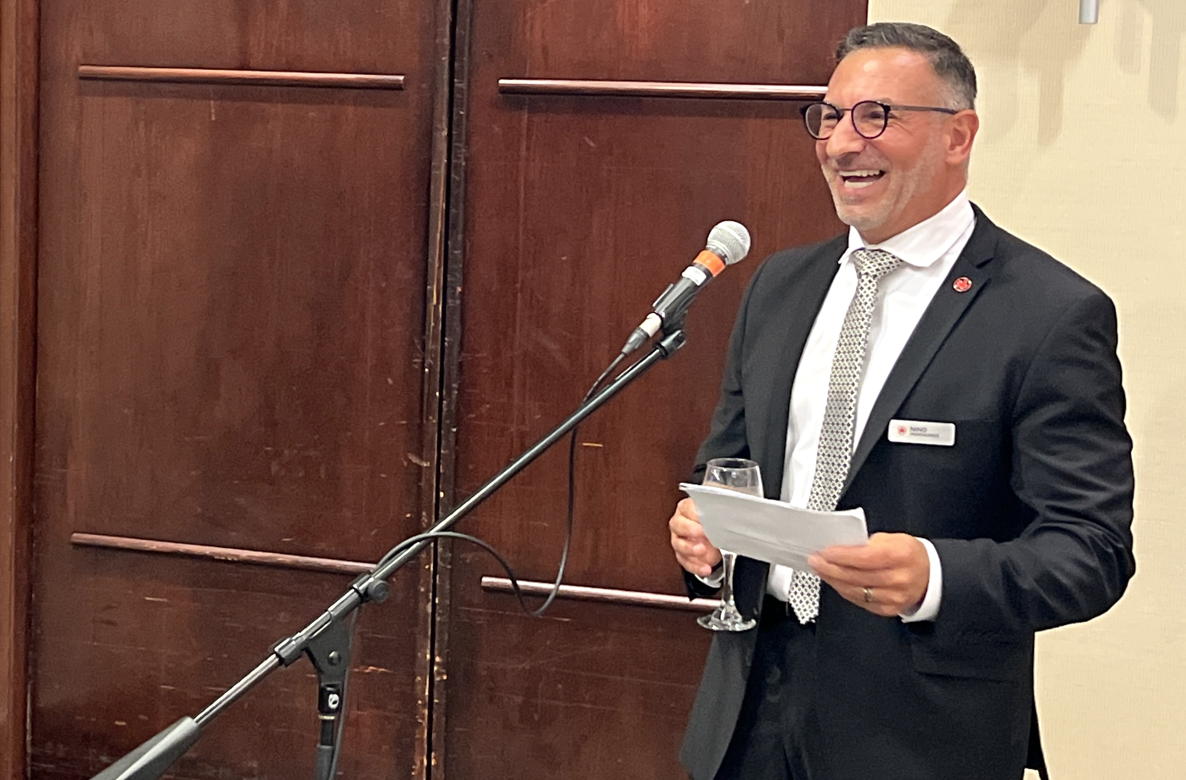 The team is also developing an instant quote tool for groups, which is set to debut in 2023.

ACV currently has an incentive for groups: until Oct. 31, agents get two free seats when they book three groups with a minimum of 10 adult passengers to Mexico, the Caribbean, Hawaii, Las Vegas Florida and California

“Don't be afraid of it," he said. “Identify with it, use it. Our call to action is our trade partners. We want them to have a great selling season.”