For many, swimming with dolphins on holiday sounds like a dream come true.

But a new global report from World Animal Protection has exposed the massive scale and profitability of the multibillion-dollar, dolphin entertainment industry which causes immense animal suffering. This is likely unknown to many Canadian tourists who visit sun destinations like Florida, Mexico and the Caribbean.

According to the findings of the report, approximately 64 per cent of Canadians polled have gone on holiday to a destination where dolphin tourism was offered.

It's not what you think

According to World Animal Protection, most of the time, travellers have good intentions when they visit animal attractions, because they themselves love animals, and don't understand the harm of the activity.

READ MORE: Stop selling these 5 animal excursions if you care about wildlife

Many travellers are led to believe that the majority of dolphin shows and swim-with-dolphin experiences sold by some of the world's largest travel companies are humane, educational and support conservation efforts.

The report, Behind the Smile, reveals that globally, there are 336 dolphin entertainment venues in 54 countries, including the United States, Mexico, the Caribbean and China, which confine at least 3,000 dolphins.

"For wide-ranging, social and intelligent animals like dolphins, a life spent in a concrete tank entertaining tourists is no life at all, said Melissa Matlow, campaign director for World Animal Protection says. "Every ticket sold is an incentive for this industry to continue breeding and capturing dolphins for a lifetime of suffering." 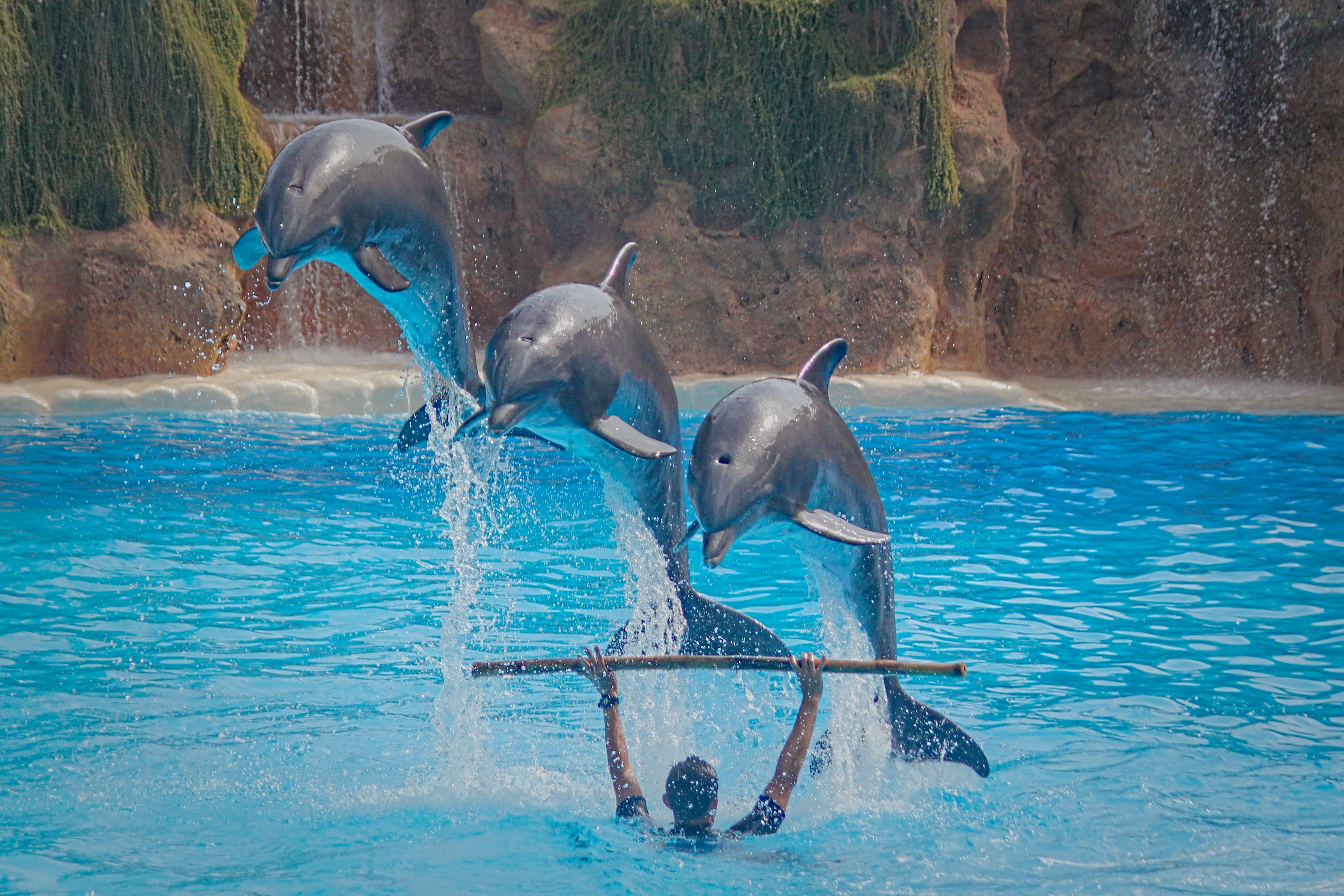 Governments and travel companies are starting to respond to the scientific evidence and public pressure against keeping dolphins in captivity.

Last June, Canada passed legislation banning the breeding, display and trade of cetaceans (whales, dolphins and porpoises) making it illegal to possess cetaceans for purposes other than research or rehabilitation.

Also in Canada, Transat and Air Canada have shown leadership on this issue.

Transat has ceased commercializing all shows featuring captive marine mammals, including swimming with dolphins, with its holiday packages and flights-only sales. In so doing, the company is asserting its leadership in responsible tourism and responding to the concerns of travellers who are increasingly sensitive to the well-being of these wild animals.

"Transat supports the actions of World Animal Protection and is committed to helping its local incoming tourism partners, including its own Trafic Tours business unit, to cease commercializing such activities by finding economically viable and socially acceptable ways to replace them within two years," says Odette Trottier, director, communications and corporate affairs for Transat.

"At destination, it is more complex and we will rely on the expertise of the World Animal Protection organization to help our incoming TOs. The horizon is two years, as we want to give our partners time to adapt and to find new economically viable and socially acceptable options. There will not necessarily be any change at destination this winter and next winter but certainly more awareness. Our representatives at destination will be able to answer customer questions."

"By the end of August 2020, Air Canada and its subsidiaries (including Air Canada Vacations) will no longer directly sell or promote packages to, or generate revenue from, attractions that involve the captivity of current or future generations of dolphins," said Peter Fitzpatrick, director of corporate communications for Air Canada, Central Canada.

"We are encouraging these travel companies and other companies to proudly publicize their commitments to phase out the promotion and sale of captive dolphin excursions," Matlow told PAX. "Canadians trust these companies to give them the information they need to make ethical travel choices that align with their values. It is not only important that they inform their customers on how to avoid harmful attractions wherever they go but also necessary to shift the industry towards more ethical tourism."

The Travel Corporation and its family of brands are currently a partner of World Animal Protection.

However, market research shows that there is still work to do to educate and influence Canadian tourists, booking sites and travel companies.

For example, 50 per cent of Canadian tourists still consider keeping dolphins in enclosures acceptable and one-third of Canadian travellers have participated in at least one dolphin-related activity in the past three years, and approximately 64 per cent of Canadians polled have gone on holiday to a destination where dolphin tourism was offered.

"Canadian attitudes and behaviours are changing," Matlow said. "When people learn the truth about how dolphins suffer, they don't want to participate. That's why we are calling on travel companies like Expedia Group and others that are lagging behind to stop supporting activities that cause harm to animals."

The full report can be accessed here.