After a week of disruptions, Sunwing’s flight schedule “has returned to normal”

After a turbulent week of delayed flights due to a cyber attack on its third-party check-in provider, Sunwing says its flight schedule has returned to normal.

In an updated statement issued Friday (April 22), the Toronto-based tour operator said that any Sunwing flights that were delayed as a result of the network-wide system outage that began last Sunday (April 17), have been resolved or are in progress.

“Any further scheduling changes are unrelated to the system issue,” Sunwing said.

But check-in times and passenger processing “may be slower than usual” throughout the coming days until the carriers fully relaunches its passenger handling system.

On Twitter, where Sunwing has been posting updates, and where impacted travellers have been tagging the airline for help, signs indicate that some customers are still facing technical difficulties when checking in for flights.

Web check-in, for example, may still be down for some, as one customer named Denise pointed out in a tweet to Sunwing on Saturday (April 23).

Sunwing’s response, at the time, was that web check-in was still down. “However, rest assured you will be able to complete check-in upon arrival at the airport,” the carrier wrote.

Customers are still being encouraged to check their flight status on Sunwing.ca for the most up-to-date information on departure times.

And travellers in destination needing assistance can connect with a Sunwing rep through the chat function in the Sunwing App.

Some of Sunwing’s delays last week lasted several hours as rolling cancellations moved morning flights to the afternoon while afternoon flights were pushed to the evening, or even the next day.

One passenger Global News spoke with on Tuesday at Toronto Pearson airport was travelling to Cuba and said their flight was delayed by more than 24 hours.

On Wednesday, Sunwing confirmed that it was sub-chartering aircraft from WestJet, Air Transat, and Nolinor Aviation to support its operations. 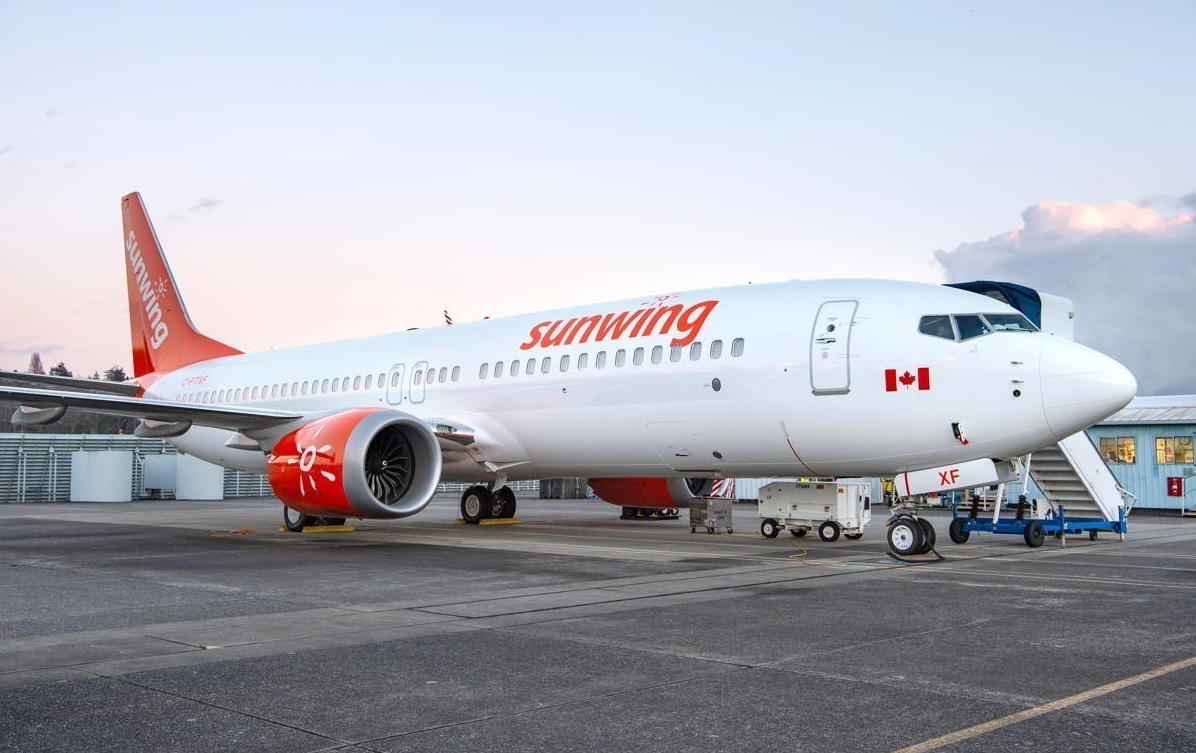 In an interview with CP24 that same day, Sunwing Airlines President Mark Williams apologized to passengers who were left stranded at departure airports, or in destinations, because of the system failure.

“Obviously, this is a terrible situation and one that we didn't expect,” Williams said. “Certainly [we] apologize to everyone for the inconvenience this has caused.”

Sunwing’s third-party provider is Illinois-based Airline Choice, which described the breach as a "data security event" that affected a limited number of its computer systems, according to the Canadian Press.

It is unclear who or what is behind the computer hack.

"A system that is up and running all the time, which never fails, was hacked. They had a cyber-breach and they’ve been unable to get the system up,” said Williams on Wednesday.

Those affected by a Sunwing flight delay of more than three hours will be compensated, the tour operator says, an offer that was also noted on the Canadian Transportation Agency’s website.

Affected passengers are invited to visit this website to submit a claim.

“We obviously apologize profusely for the additional grief and inconvenience, but the majority of people have been wonderful,” Deana Murphy, vice-president of sales at Sunwing Travel Group, told PAX in an interview last week.

Murphy said it has been a “Herculean effort” getting customers in the air as employees managed the situation manually without the conveniences of working technology.

Sunwing, before the weekend hit, extended gratitude to its customers for their patience.

“We thank our customers for their patience and understanding as we worked around the clock to resume regular flight operations this week,” Sunwing said.