Some of the best business decisions are made when two factors align: luck and timing.

For travel advisor Shalene Dudley, owner of Oakville, ON-based Latitude Concierge Travels, both of these things were on her side when she decided to steer her business in a new direction.

Over the past year and half, Dudley’s travel agency, which focuses on destination weddings and speciality groups, such as family reunions, anniversaries and golf trips, took a turn in ways she didn’t expect.

While the COVID-19 pandemic battered the Canadian travel industry in never-before-seen ways, Dudley’s began picking up, quicker than she expected, as her American clients – a segment she has spent years serving through referrals and effective marketing plans – started travelling again, full speed ahead.

The U.S. market, empowered by an early COVID-19 vaccination campaign and welcoming protocols in sand and sun destinations, was, early on in the pandemic, among the first to start travelling again while Canadians, faced with limited vaccine supply, 14-day and hotel quarantine orders, expensive pre-arrival PCR testing and non-essential travel warnings, had no other choice but to stay home and eat chips.

Then, a stroke of luck. Dudley was approved for $20,000 in support through Ontario’s COVID-19 Small Business Grant – funding that many travel advisors were unable access – because her wedding planning business qualified as a “special service.”

From there, a big business decision was made. After months of contemplation, Dudley went for it: she left her host agency of six years, The Travel Agent Next Door (TTAND), acquired a TICO certification and IATA number, and relaunched her brand as an independent travel agency.

It’s a brave and bold move given the backend support and supplier relationships that come with partnering with a host.

But for Dudley, as her bookings became more international, it was time to become the sole decision-maker in her business, which employs one part-time and two full-time advisors.

“It made sense,” Dudley told PAX, discussing her new venture. “Obviously I’m blessed because not everyone is in the same situation. But my business has really picked up in areas I didn’t expect.”

Peers had been urging Dudley to go independent for years, but it wasn’t until she took a long, hard look at her sales that she began to seriously consider the idea.

The planning stages began last February when Dudley was nominated for the RBC Canadian Women Entrepreneur Award, which is part of the RBC Momentum Awards.

While she didn’t end up winning the prize, the process forced her to really review her numbers over the past four years.

“That’s when I knew the power of the dollars I was putting through my business,” she said.

Americans spend more, they have more airlines to choose from and they’re “very good at paying fees,” Dudley noted.

But her bookings were also becoming more complex, posing possible conflicts with her host agency, and she was limited in her ability to grow her workforce in the United States, she says. 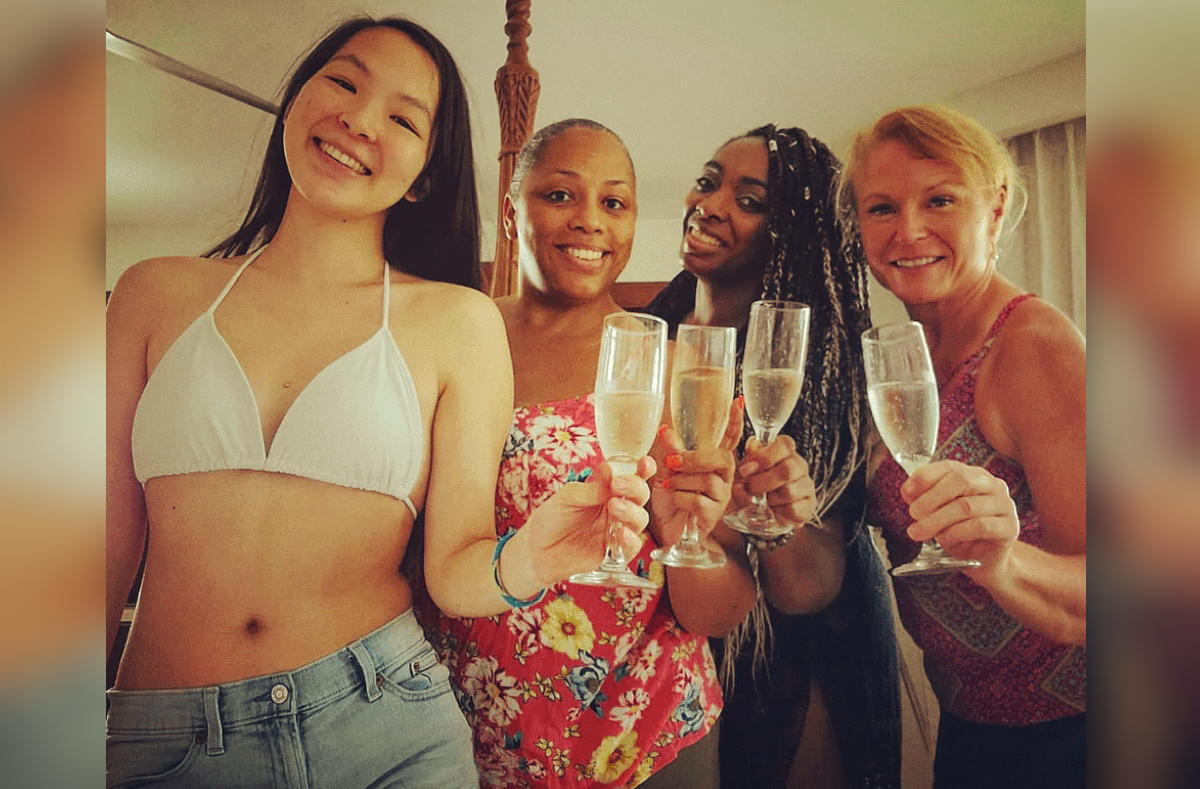 “I wasn’t able to expand the way I wanted to,” she said. “I was getting busier and I needed to structure my team the way I do business.”

For her, that means having the freedom to make agreements, on her own terms, with suppliers and DMCs of her choosing.

“I needed to take everything into my own hands,” she said.

Dudley’s business – half of which consists of weddings whereas the rest is linked to group trips often involving individuals who attended one of those weddings – is all about customization.

Case in point: she recently sent a wedding group to Italy (“Almost everybody except two were American,” she noted) and, by handpicking her own suppliers, she said she was able to go through less hoops, provide more options to clients and maximize her commission.

In most cases, she gives individuals in a group the option of choosing how they’d like to book their air, in addition to how long they’d like to stay at a hotel, and on what dates, eliminating the constraints of packaged travel.

“People have credits, Aeroplan points, WestJet dollars…sometimes they want to fly with specific airlines,” Dudley said. “Not every group is the same and not everybody wants to go for seven nights as part of a package.”

As expected, her files aren’t always simple. “I’ll get a bride that has family in both England and Australia,” Dudley said. “Some might say that’s too complicated, but I’m open to working on those.”

Dudley, after all, was a professional project manager prior to her career in travel. Solving problems and making people’s lives easier is her speciality.

There's a reason why she gets referrals when she seamlessly sends a group of 40 to Greece for a wedding.

“Because my bookings are so complicated, I need to do things differently compared to what others have been doing,” she said.

That mentality also applies to the way Dudley books travel these days.

After going through the tumultuous process of COVID-19 refunds, she says she is now less inclined to book air through tour operators.

“We saw how hard it was to move and maneuver groups,” she said. “It’s not their fault – they have their own rules. But of the groups I booked directly with hotels, it was easier to move them, get them a credit and figure something out that worked for all parties.”

“We were really chained to Canadian tour operators in what they could and couldn’t do because of the air.”

Dudley clarified that she’s not “pushing away” tour operators. Rather: “I look at groups and make sure there’s more than one option,” she said. “It’s about offering them the best scenario.”

That, alone, explains Dudley’s reason for going independent: to have the ability to control what suppliers she uses and how she uses them.

Her advice to other agents considering the same move? “Really, really give yourself a stress test to see if it will work for you,” she said.

And ask a lot of questions.

“I got all my eggs in a basket, talked to my accountant, other agency owners and consortiums, to make sure what I was doing made sense before I pulled the trigger,” she said.

Of course, Dudley exiting the family-like environment of a host agency wasn’t easy.

Leaving TTAND was an “emotional” experience – one that Dudley equates to a teenager saying goodbye to his or her parents to go away to college or university.

TTAND, Dudley said, has been “like a family” ever since she joined the network in 2015. Over the years, the team has watched her business (and her own family) grow.

“Host agencies aren’t a one size fits all, but TTAND has been amazing to me,” Dudley said. “They have all the support, backend and marketing. During COVID, they kept us up to date.”

“They were great and are still great.”

“The ties aren’t broken. It’s just time to move onto something different and I’m glad I got that support.”