The right direction: Transat's Nicole Bursey on her travel career, Europe and more

There was a time when Nicole Bursey was headed down one of two very different career paths.

“I went to school for communications studies – I got my BA from University of Windsor – and I wanted to be a gameshow host or a journalist,” Bursey recalls. “Looking back, it’s not what I planned – I didn’t even know there was a travel industry back then!”

With the desire to get into journalism winning over dreams of becoming the next Bob Barker, Bursey turned her sights toward a master’s in journalism. It was during this time that Bursey would first enter the world of travel, joining a travel agency as a way of entering the travel journalism sector. After attending her first FAMs, Bursey was hooked on travel and would eventually join Transat – taking on a series of increasingly senior roles with the company – following a snap decision at one of the company’s trade events.

“Transat was having a product launch in Kitchener, Ontario,” Bursey recalls, “and they announced at the show that they were looking for a sales rep in southwestern Ontario. I decided to take a run at it and I think having a background in communications studies helped; I love doing presentations and it’s a big part of a sales role. I got hired and did the job for a little less than two years before being moved to Halifax to be sales manager.”

These days, Nicole Bursey is best known from coast to coast in her role as Transat’s commercial director, a position she has held since 2011 and one that has defined her return to Transat after a number of years in the cruise sector. 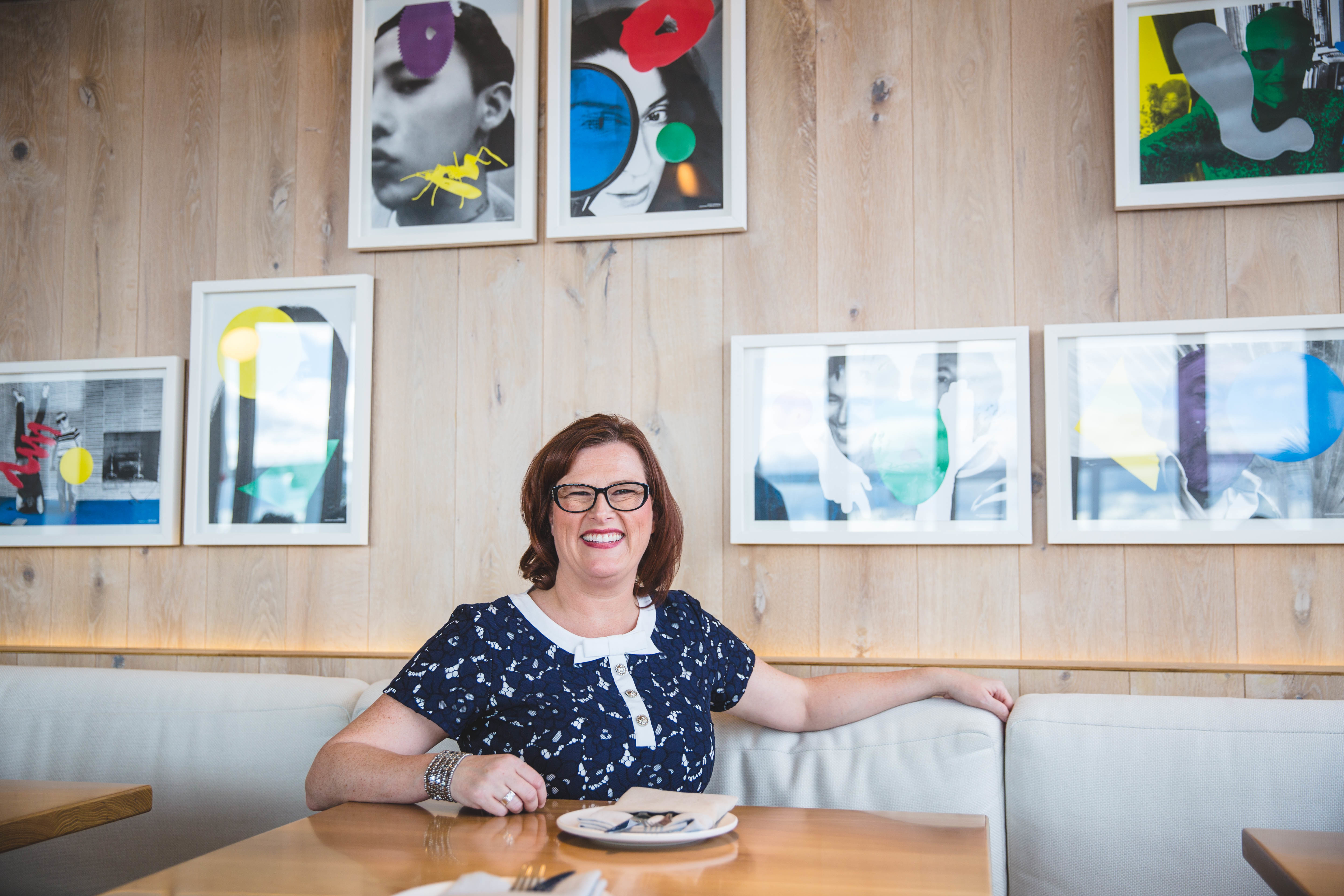 As both Bursey and Transat have grown, so has the company’s offerings, particularly its European product.

What began as an offering focused on “classical Europe,” as described by Bursey, has since branched out to destinations across the continent, driven in equal parts by customer demand and advancements in aviation technology.

“It’s being driven by customers and the new aircraft available; you can go a lot further than you could before. The population of Canada is much more diverse now too – if you have a neighbour that’s Croatian, for example, you learn about his culture and all of a sudden, you want to go and see where he’s come from.”

Canadians are also branching out beyond the traditional coach tour or city-stay packages, Bursey says, with long-stays, multi-gen groups and niche travel (such as cycling) among the current ways in which Transat is catering to evolving travel tastes.

“It’s not a cookie-cutter approach to things; years ago, you did a coach tour or picked a hotel and stayed there, maybe a two-city holiday. Now people want different experiences. I think people are more open-minded – the millennials certainly are – and want to experience things, instead of just going to one spot.”

Another change in the industry, Bursey notes, is the impact of the 24-hour news cycle and the potential for misinformation to spread, a challenge compacted by the omnipresence of social media and mobile devices.

Bursey’s first encounter with the issue was while working with Royal Caribbean during the 2003 SARS outbreak in Toronto, which was subject to misinformation years before the term “fake news” entered the common vernacular.

“It made me learn to question things a little bit more. It affects things: if people see hundreds of pictures of St. Martin after a hurricane, it’s hard to get those images out people’s heads. We find that if there’s an incident in Europe, bookings drop for a little while, but Canadians overall have a good judgment of reality. It doesn’t destroy a destination’s appeal, even if people take a few weeks to figure things out.”

Eleven years into her return to Transat, Bursey notes that there’s a number of subtle yet important differences between Canadian companies and businesses based elsewhere.

In addition to a sense of patriotism, Bursey says that the vibe itself is another factor which makes working for a Canadian business important to her.

“In Canada, we’re still human and a boss can be a very intelligent, driven, successful businessperson, but they can still care about you,” she explains.

“Maybe’s it’s a Transat thing but the hierarchy in Canada doesn’t seem to be so rigid. If I see our CEO in the hallway, I’ll say ‘hi Jean-Marc!’ I like that and I think people are more open to hearing ideas from all levels, not just directors or VPs that get to share information.

“We’re influenced so heavily by what happens south of the border and you get in this mindset that the U.S. is where it’s at. When there’s a Canadian success story, it’s pretty cool. To be a company that started with three friends that wanted to make travel affordable is pretty amazing!” 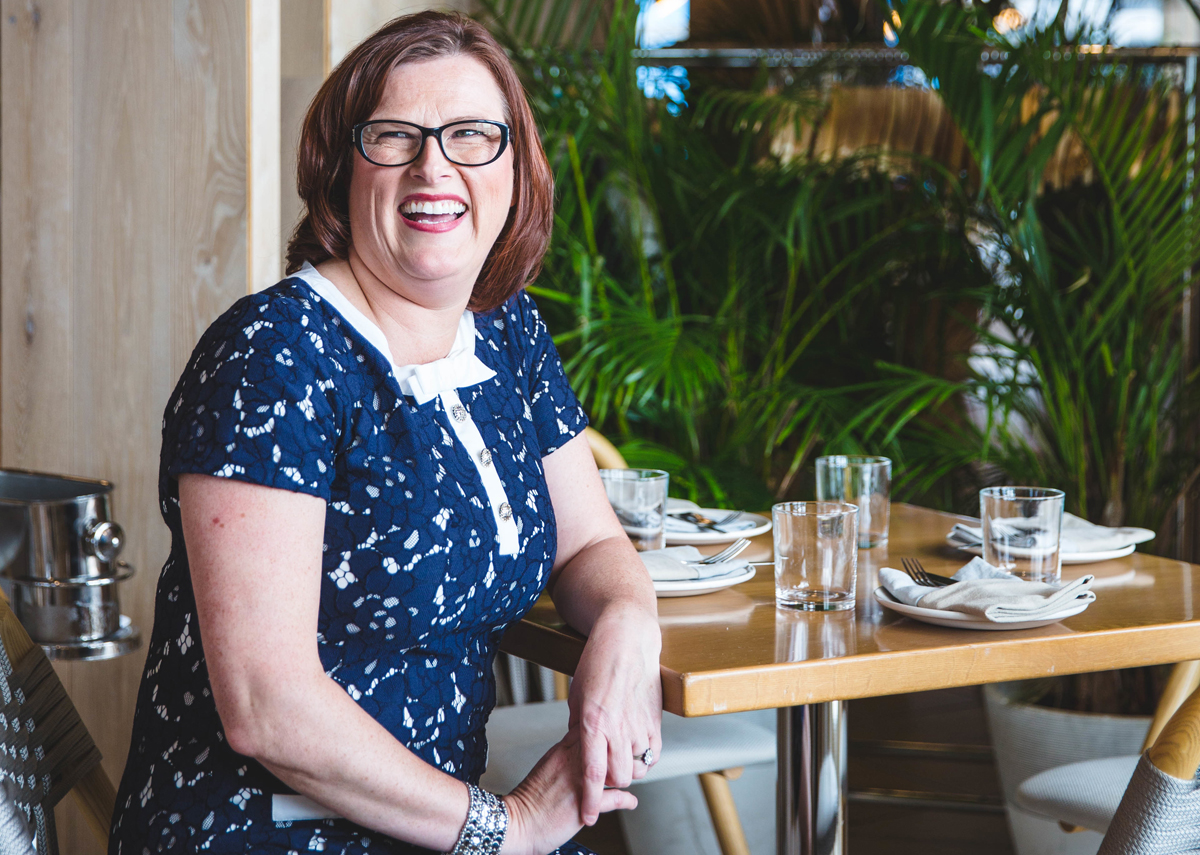