PAX checks in with Paul Strachan, Bahamas Ministry of Tourism

“I’ve always worked in this industry – it’s in my blood!” says Paul Strachan, the Bahamas Ministry of Tourism’s senior director for Canada.

A life-long member of the travel world, Strachan got his start working at the front desk of Club Land’or Resort, a small property on Paradise Island. After earning a bachelor of science at Georgia State University (which would later be augmented by a masters degree at Chicago’s Roosevelt University in 2002), Strachan joined the Bahamas Ministry of Tourism as a marketing representative in Atlanta, Georgia.

Climbing the ranks at the ministry with management roles in Florida and Chicago throughout the 1990s and early 2000s, Strachan joined the Toronto office in 2006, where he continues to oversee the ministry’s sales, marketing and trade relations for both the Canadian and Chinese markets.

This week, PAX checks in with Paul to learn about his hidden culinary talent, meeting his musical idol and why he’ll never forget to empty his water bottle before going through airport security.

PS: Exuma, Bahamas because it's extraordinarily beautiful, with secluded beaches with waters varying from gin-clear to all shades of blue. Riviera Maya because I love Mexican culture and Mexican food, and Vancouver with its beautiful scenery, laid-back vibe, close to the mountains and balmy temperature.

PS: I don't really have one – I really don't like airports! If I had to choose, it would be Toronto Pearson since I use it so much.

I love my job and the industry because I get to travel extensively, meet new people and experience new cultures. No two days are alike!

A Caribbean cruise with my family when I was about eight years old. It was memorable because it was the first time seeing mountains, waterfalls and rivers which we don't have in the Bahamas.

I’m not much of a splurger – I would say a full his-and-hers spa day at Hideaway at Royalton Riviera Cancun. The day began with hydrotherapy treatments (thermal bath & whirlpool), followed by a steam sauna. This was followed by a Swedish message and facial treatments. 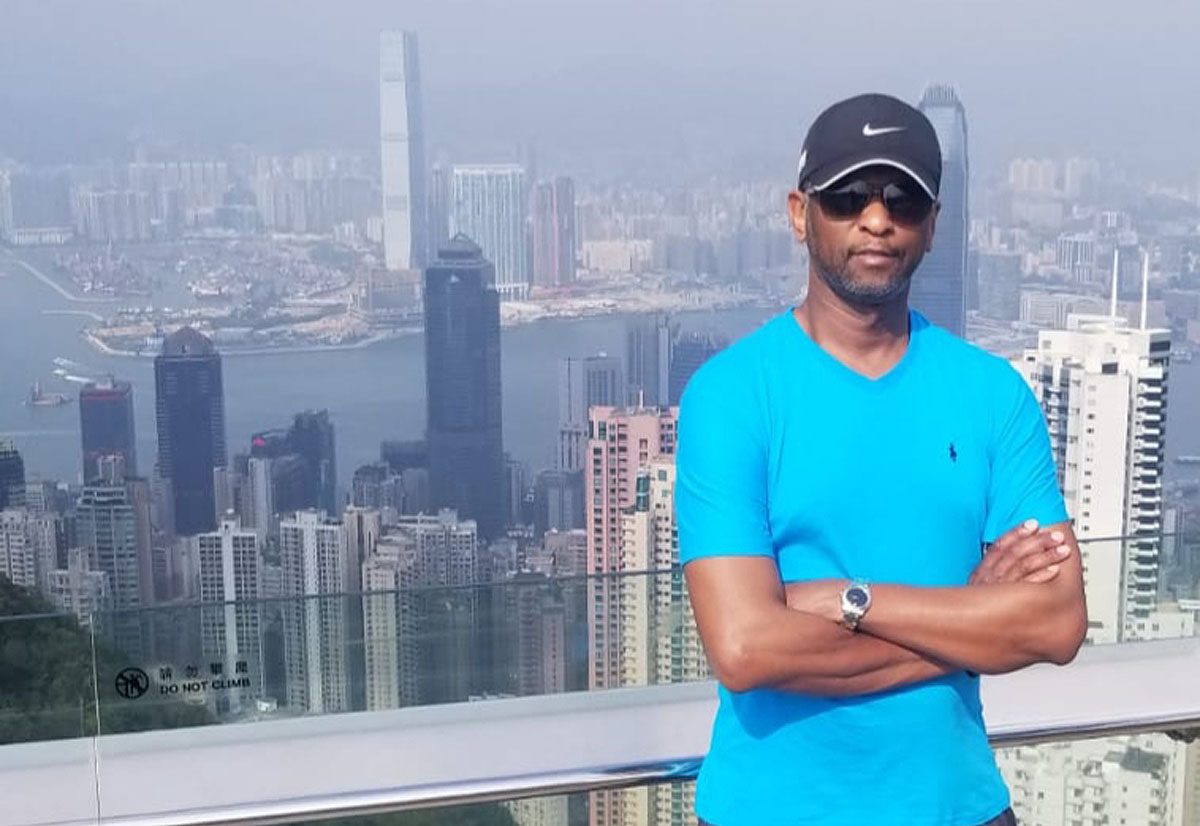 PAX: What was the most memorable food/meal you ever ate while travelling and where you ate it?

PS: It was some type of seafood! I was in Beijing at an elegant restaurant hosted by a vendor. I still have no idea what it was, but I had to be polite and I got tired of asking what each item was as it was passed around the table!

PS: Going through airport security. This is never a pleasant experience. I was travelling with a stainless steel water bottle which I had forgotten to empty. It was less than half full. They made me empty the bottle, and then go all the way to the back of the line up to go through the screening process again - despite my request to start at the base of the screening machine. I guess they were trying to teach me a lesson, and of course, you never argue with them!

PS: Baking. I bake the best chocolate and carrot cakes. I once aspired to be a pastry chef.

PS: Carry-on for trips of four days or less.

PS: I met Patti LaBelle in the Atlanta airport and ended up sitting three seats behind her on a flight to Nassau – she’s one of my favourite artists! I first noticed her because she was wearing an oversized black hat and her signature high-heeled shoes, so I don't think she was really trying to be incognito!

I was too shy to approach her, but when we arrived in Nassau I got close enough and said "I love you, Patti." She was charming and simply replied "thank you, honey." I didn't ask for a photo as I sensed she didn't want to be bothered, but I was close enough to notice that she was wearing more comfortable shoes!

PAX: What are 1-2 things travel agents should be aware of right now in regards to the Bahamas?

We're close (three hours from Toronto) with a variety islands, resorts and cultural experiences available for your clients. We have increased seat capacity on our nonstop flights with Air Canada and WestJet this spring and throughout the summer, along with direct flights to Nassau on Sunwing. Also, Baha Mar, the largest newly constructed resort complex and the largest casino in the Caribbean, is now open and fully operational. The complex includes three major brands: Grand Hyatt, Rosewood & SLS.