PAX Checks In with Lynne White of Velas Resorts

“I became a dental assistant which lasted about one year,” she recalls. “There’s a couple of reasons that this profession was not for me: when I tried to have a conversation with the patient, it was always an interesting answer depending on how many instruments were in their mouth! I also had to take vacation when the dentist did, which was usually at Christmas and Spring Break – the most expensive times to travel! The things you think about after the fact!”

After a brief time in retail following her dental assistant role, White attended a tourism college program in Vancouver and launched her travel industry career on the corporate travel side at American Express, followed by a shift to leisure at Thomas Cook. White then joined Marlin Travel and progressed to a managerial role at one of the chain’s offices in Burnaby, before joining Transat as a BDM.

A resident of Burnaby, BC, White has held her current role since 2016, where she educates agents on how to sell Velas Resorts while working closely with suppliers to grow the company’s business in the Western Canada market.

“The moral of this story is, don't pass up an opportunity – embrace the change and challenge, learn from each experience, move forward and enjoy the journey,” she tells PAX.

This week, PAX Checks In with Lynne to find out more about eating crickets, haggling over leather jackets in Turkey and hanging out with a group of Australian nuns.

LW: Bubble wrap for wine, mezcal, and tequila to pack in my checked luggage! I also bring custom molded earplugs for sleeping, as well as small zap straps to use as luggage locks - don't forget the pen to twist them open, as we can't carry scissors!

LW: Isla Mujeres - there's golf carts as a means of transportation and the drive-thru Corona Store! I also enjoy Jamaica for its people and culture, along with Europe - particularly southern Italy, France and Barcelona for the food, the small villages and wineries.

LW: Amsterdam's Schiphol. I find this airport an easy gateway to any European city with its access to the train networks, plus it's clean, open and spacious. 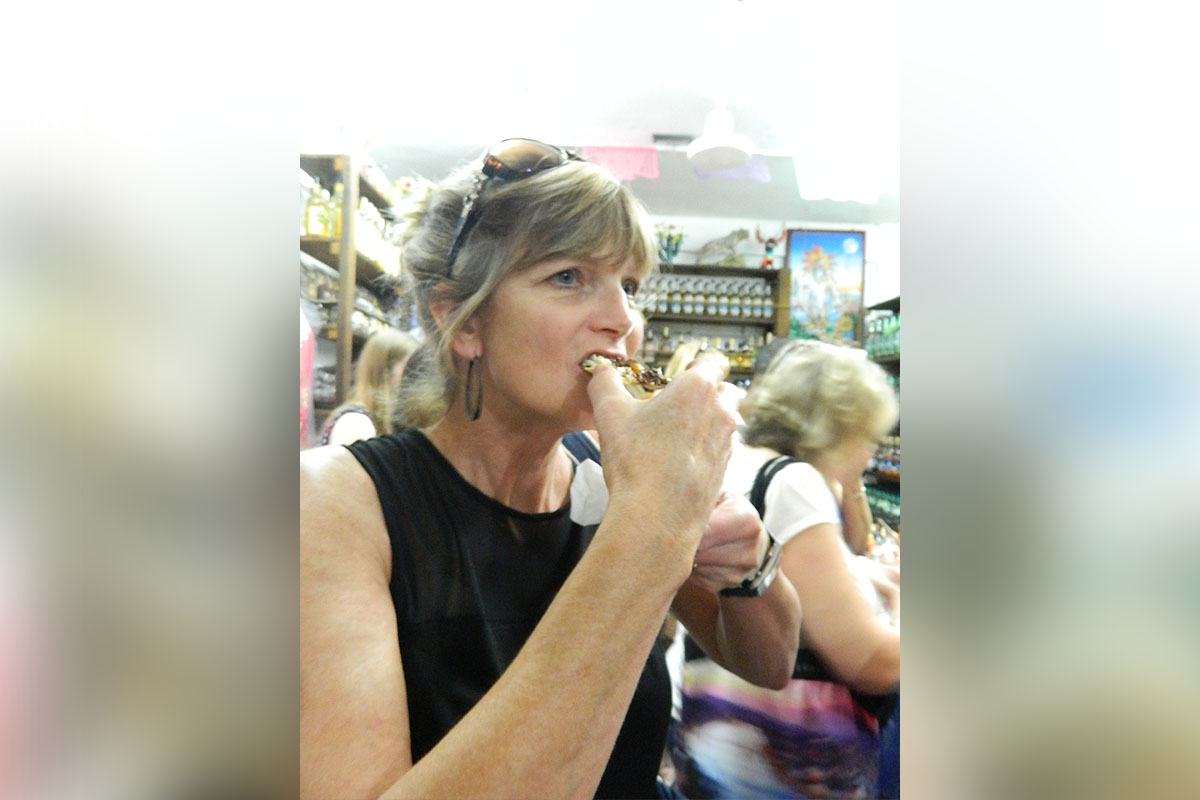 PAX: What do you love about your job and the travel industry?

LW: It’s a privilege to be a part of the Velas Resorts family. For me to sell and promote travel is about selling dreams and Velas Resorts takes dreaming to another level! I have to pinch myself when I am at the properties. My advice to anyone is don't wait to plan for the ultimate three-month trip when you retire - do it while you still have your health and the desire to explore and learn about the different cultures and lifestyles in the world.

LW: Honolulu, Hawaii. As a family, we always went camping, so when my parents announced we were spending Christmas in Honolulu, I was so excited to see what it was like to have Christmas trees and Santa Claus with the sun and sand! I was 17 at the time and from that day onward, I have travelled at least once a year.

LW: I would probably have to say a leather jacket while travelling in Turkey. Even today I laugh at the story: I stopped at a leather factory, which happened to have a fashion show going on, fell in love with this particular leather jacket and quickly fell out of love with it as it was $800 USD. The owner said he would give me a deal - $600 - and I kept walking towards the door. Then he sends his very handsome son over to negotiate; it's now down to $400. I said no more than $200 and eventually bought it for $250!

PAX: Most memorable food/meal you ever ate while travelling and where you ate it?

LW: I would have to say the time I was in Huatulco and was introduced to eating crickets! It was about mind over matter at first ... they're like salted peanuts!

LW: Getting in line behind a Nexus card holder who is not a business/frequent traveller ... I could write a book!

LW: I love Pilates and at one time, I was very focused on becoming a Stott Pilates Instructor as I have a reformer at home. I exercise two to three times a week and have taken bike and barge trips throughout Europe. I also did the Half Tough Mudder once - and survived!

LW: I always take the aisle seat so I can get up and down when I want, but I do like the shade up.

LW: I was in my 20s travelling with three girlfriends around Australia for four months, hopping from one youth hostel to another. This particular morning out of nowhere we decided to leave Sydney and head up to Heron Island off the Gold Coast. We are on the train, which was getting full, and a group of nuns sat down next to us. The next thing we know, we've been taken under their wing and are now staying in a convent for the night! It certainly wasn't quite what we had in mind when we left Sydney!

PAX: What should travel agents be aware of right now in regards to Velas Resorts?

LW: Our newest property in Los Cabos - Mar Del Cabo! I personally love this quaint 48-suite EP boutique property; I call it my Greek/Mexican Casa, as it has the best of both worlds. It's designed for that client who is looking for flexibility to explore the Baja and at the same time, have that boutique Mexican experience to return home to at the end of their day. 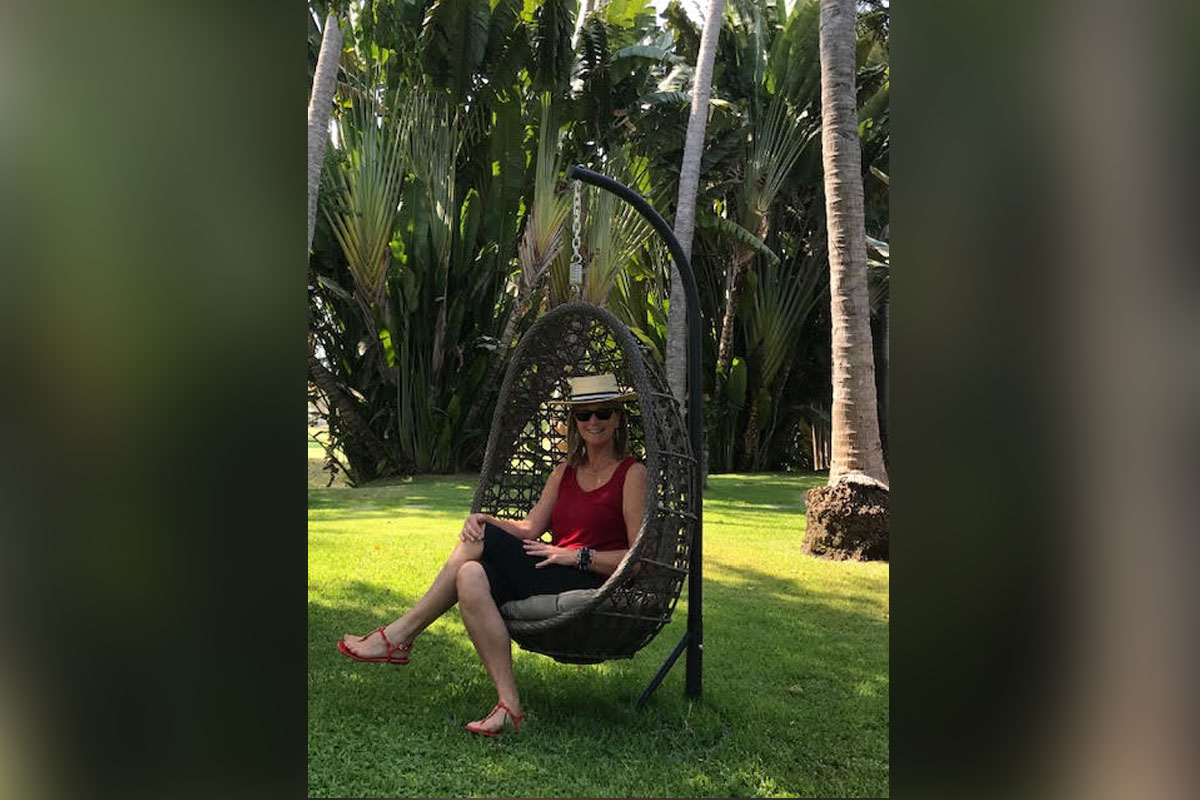