Aizaz Sheikh has always worked in marketing, taking on new challenges both in Manchester, England; and Toronto.

But in June 2014, shortly after becoming a permanent resident in Canada, he dove headfirst into the travel industry, accepting a role as the director of marketing, Canada, for G Adventures, which he says came down to a combination of patience, luck, karma, and hard work.

"My original work visa was through my previous employer, so I couldn’t move companies easily until I was a permanent resident," Sheikh explained. "I was always dedicated to my craft and personal development. G Adventures is an amazing workplace, and I was putting good energy into the atmosphere. When I learned about our core values, “Do the Right Thing” jumped out to me, and I am convinced doing the right thing is actually more practical than some people think."

Just a couple of months ago in November 2019, Sheikh accepted a new position within the company, where he now works as the director of marketing, global.

"With my new role, I’ll be working on all things global, including travel styles and global partnerships," Sheikh explained.

Here, PAX Checks In with Aizaz to learn more about that guy named Steve, a must-have meal in Turkey, and the 90s sitcom song he rapped to get a job with G.

Aizaz Sheikh (AS): This is pretty personal, but I've always taken my Liverpool soccer/football jersey with me. Liverpool fans are a global family, so it's amazing to strike a conversation with fellow fans. Actually, rival fans too!

Based on this experience, I also take G Adventures swag. It's so amazing to be anywhere in the world and run in to G staff or travellers.

Finally, I have to admit that I'm pretty specific about hair products! I will leave this one here, but it's a thing. 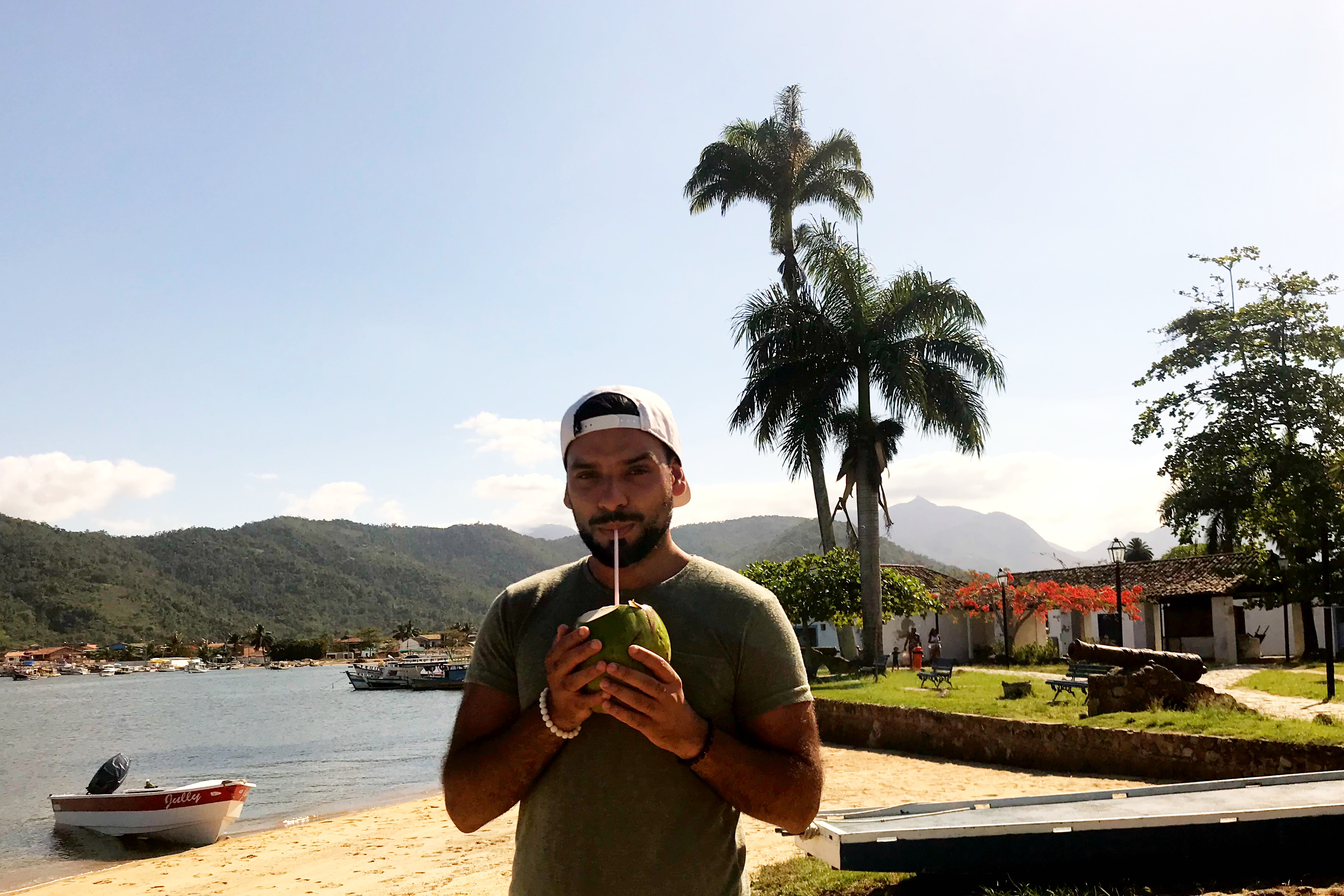 AS: Where do I start on this! My favourite cities are Buenos Aires and Istanbul. I loved my time in Galapagos and Japan. And Antarctica was the most unique place I've ever been. I’m actually headed to South Africa next month which was number one on my bucket list, so 2020 is starting with a bang.

AS: I love Taipei airport. It's got the most unique departure gates - including a Hello Kitty themed one. I also like Barcelona's airport. You can go outside and get some sun after going through security. There's probably other places you can do that too, but that sticks out for me.

AS: My job - I think I work for the greatest company in the world. Amazing product - we have that. Corporate culture, check! But what really gets me is the amazing work we do around the world. We believe that travel can change people's lives throughout the world, and we practice what we preach!

The industry - it's the people. Nearly all the people I have met in the industry are obsessed with travel. That brings with it some real adventurous spirit, but also real empathy. For the world, and it's people. So, not only are people in our industry awesome to get on with, they're also good humans. 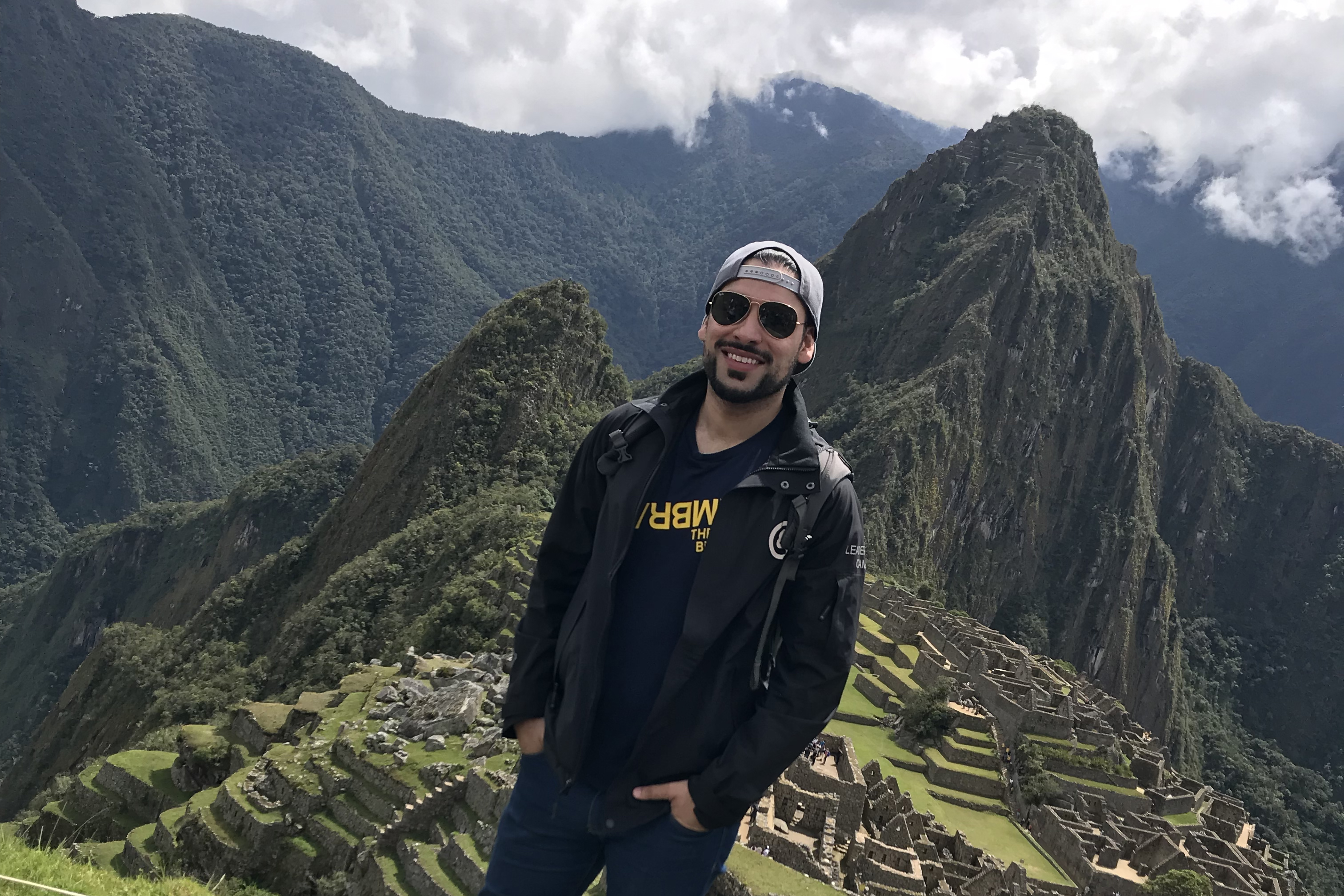 AS: My parents are Pakistani, so I visited Pakistan when I was a baby. The first vacation I remember is Egypt, aged seven. I really want to get back there soon, but I have very vivid memories.

AS: Biggest splurge - I buy soccer jerseys wherever I go, so it's probably one of those. I buy more gifts than things for myself when travelling.

What was the most memorable food/meal you ever ate and where did you eat it?

AS: The one that sticks out the most is a meal in Turkey called "Iskender Kebab”. It’s pieces of beef on a bed of diced side bread, cooked in a flavourful tomato sauce. It’s topped with fresh yoghurt on top. It’s actually my favourite meal in the world.

I’d also give a shout out to this vegetarian ramen I ate in Tokyo.

AS: This one is easy - entitlement. Like our captain Bruce Poon Tip says - if you wanted things to be like home, you should have stayed at home. Things are different around the world. It's a beautiful thing, and when people show the first world entitlement, it gets to me!

AS: Hidden talents - haha. I'm a pretty good rapper. I already love karaoke, but if we have some hip-hop on rotation, I’m all in! I actually rapped the Fresh Prince theme song to get my job. True story. 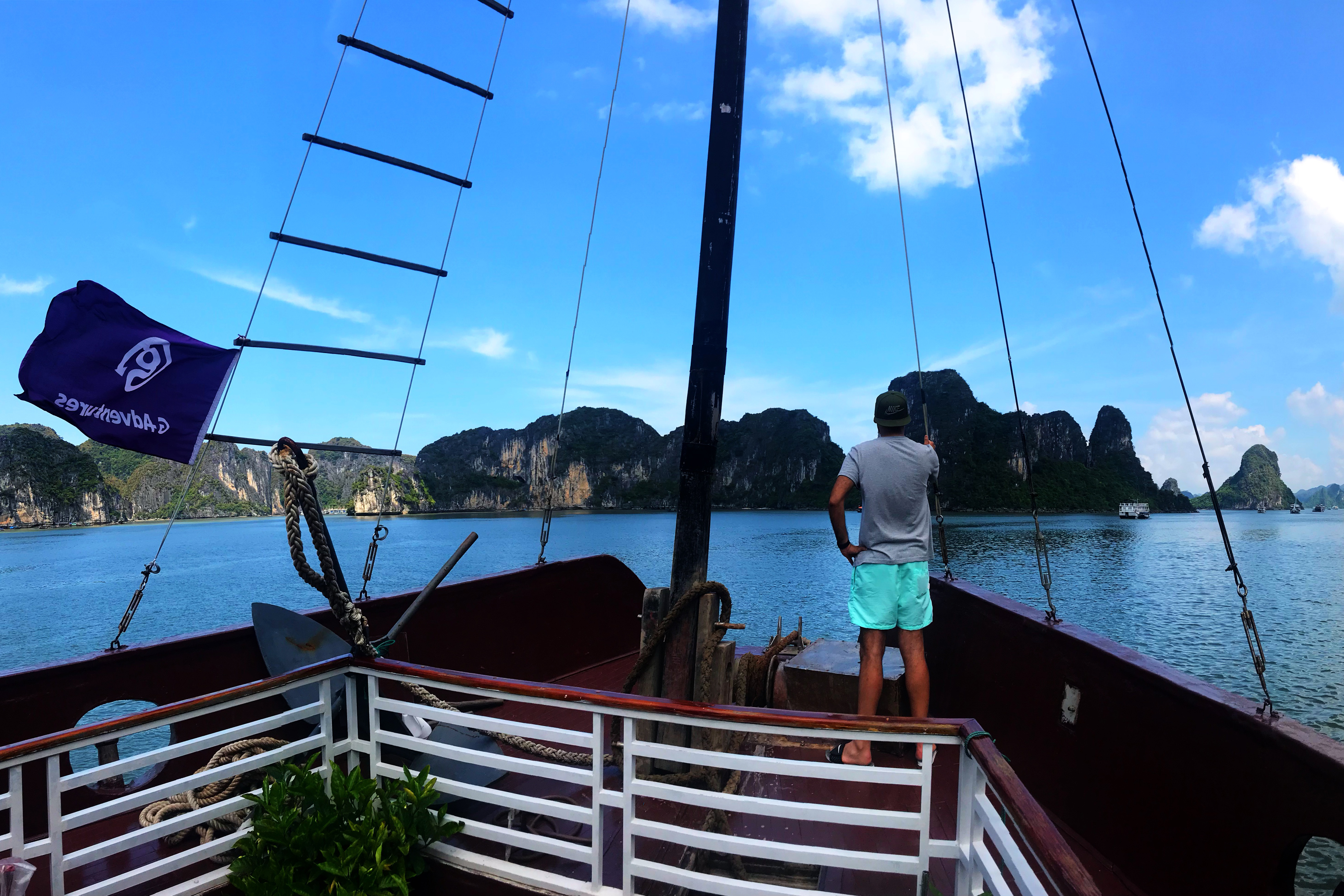 PAX: When flying: window shade up or down?

AS: I'm generally an aisle passenger because I'm over six foot. For shorter flights, I love being in the window seat and looking out, so I'd have to say down.

AS: Funniest - it's so hard to say. Comedy generally finds me when travelling. But I have to give you one...

It's my third reference to Turkey, a country I love. But I love the Turkish markets where they give you a name, and then pass it on to the other the market traders as you walk through. So, if you walk past the first stall, and they call you Steve - when you walk to the next one, they let their competitor know that this is Steve. So you leave the market questioning if your name actually is Steve. It's a sensory overload overall. But it's highly entertaining.

AS: We need you to help us change the world! That's not hyperbole. Agents are the ultimate connection between us and our potential G passengers. Agents may know that their clients will have the time of the their lives. But they'll also be helping to change the lives of the communities they are visiting.

Another thing is that our average age in Canada continues to rise. We sometimes hear that an agent doesn't have a G Adventures customer, but they do. And this specific customer is looking for something new, and more immersive than the vacations they generally have taken.

We just kicked off our annual G-Normous agent incentive, so do get on that. There's lots of prizes to be won, a grand prize of $5,000, as well as bonus commission throughout February.

This is the last month to be a part of our next Change Makers trip. We're headed to India and Nepal in April with over a hundred of the most purpose driven agents from around the world. It's going to be so amazing to have our Canadian agents representing our home market.

And finally, I'd say for the all the very latest and greatest from G Adventures, agents should sign up for our Agents of Change Facebook group.