Networking and giving back at ACTA's 2019 golf tournament

Representatives from all corners of the travel industry hit the links at Royal Ontario Golf Club yesterday (June 11), as the Association of Canadian Travel Agencies (ACTA) hosted its 31st annual golf tournament and dinner.

The event, which includes a golf tournament complimented by breakfast, lunch and dinner, is known for welcoming a diverse group of people, Lynch said, with participants stemming from all areas of travel, from airlines, cruise companies and hotels to wholesalers and retailers to travel agents and agencies.

“It’s truly an industry function,” Lynch told PAX of the event, which welcomed 142 golfers and 195 attendees in the evening for dinner.

More than a day on the links

Golfers of all skill levels began arriving at the Milton, ON-based golf course at 8:30 a.m. to drop off their clubs and get organized; tee-off was promptly at 10 a.m.

“It was a day to remember, weather-wise,” Lynch said, referring to the day’s wild weather systems, which went from sunshine to rain to a torrential downpour to extreme humidity.

“They all hung in there,” Lynch said. “It spoke to everyone’s resilience.”

But for many, the day was more than just a round of golf.

“There’s a lot of networking that goes on,” Lynch said. “You get to see people, and say, ‘How are you?’ People get to reconnect and exchange business cards on a very friendly basis and see faces they haven’t seen in a long time.”

The tournament is an opportunity to welcome people who are new to the industry, too, Lynch explained.

And while many participants work in direct competition with one another, it’s people’s ability to put their differences aside that makes the day special.

“We’re learning from each other, despite our differences,” Lynch told PAX. “It’s an industry where we all care about the consumer and we care about the business of selling travel. Regardless of where everybody is in the picture, we all have a central focus, and that is the travel business community.”

ACTA’s driving message at this year’s tournament revolved around its pillars: Advocate, Educate and Elevate, Promote and Connect. 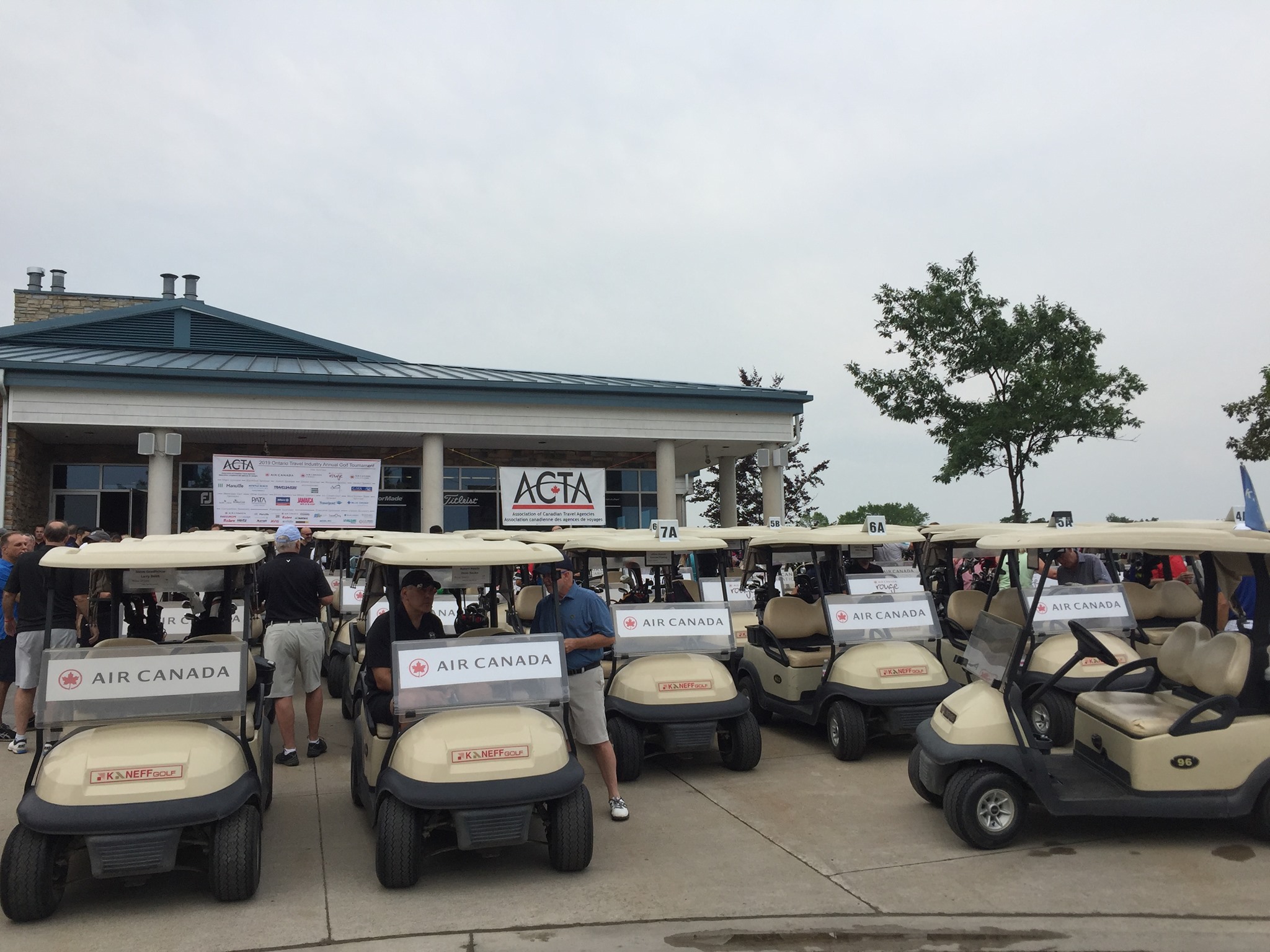 The non-profit organization has also made it a priority this year to lobby the new provincial government for long overdue relief for the industry from the burdens of the Travel Industry Act (TIA) and the Travel Industry Compensation Fund funding model.

“Through our Ontario Member Travel Industry ACTA Survey, open forums, travel agency advisory council meetings and travel agency consultations, our members have told us that their primary concern is the unfairness of the Compensation Fund funding model and the financial and administrative hardship it causes their business,” reads a statement from Wendy Paradis, president of ACTA.

Paradis participated in yesterday’s event, but stepped out for a few hours, mid-tournament, to join the Canadian Association of Tour Operators (CATO), along with ACTA's Vice-President of Advocacy to lobby the Ontario Government at Queen’s Park.

These were the key messages they delivered: 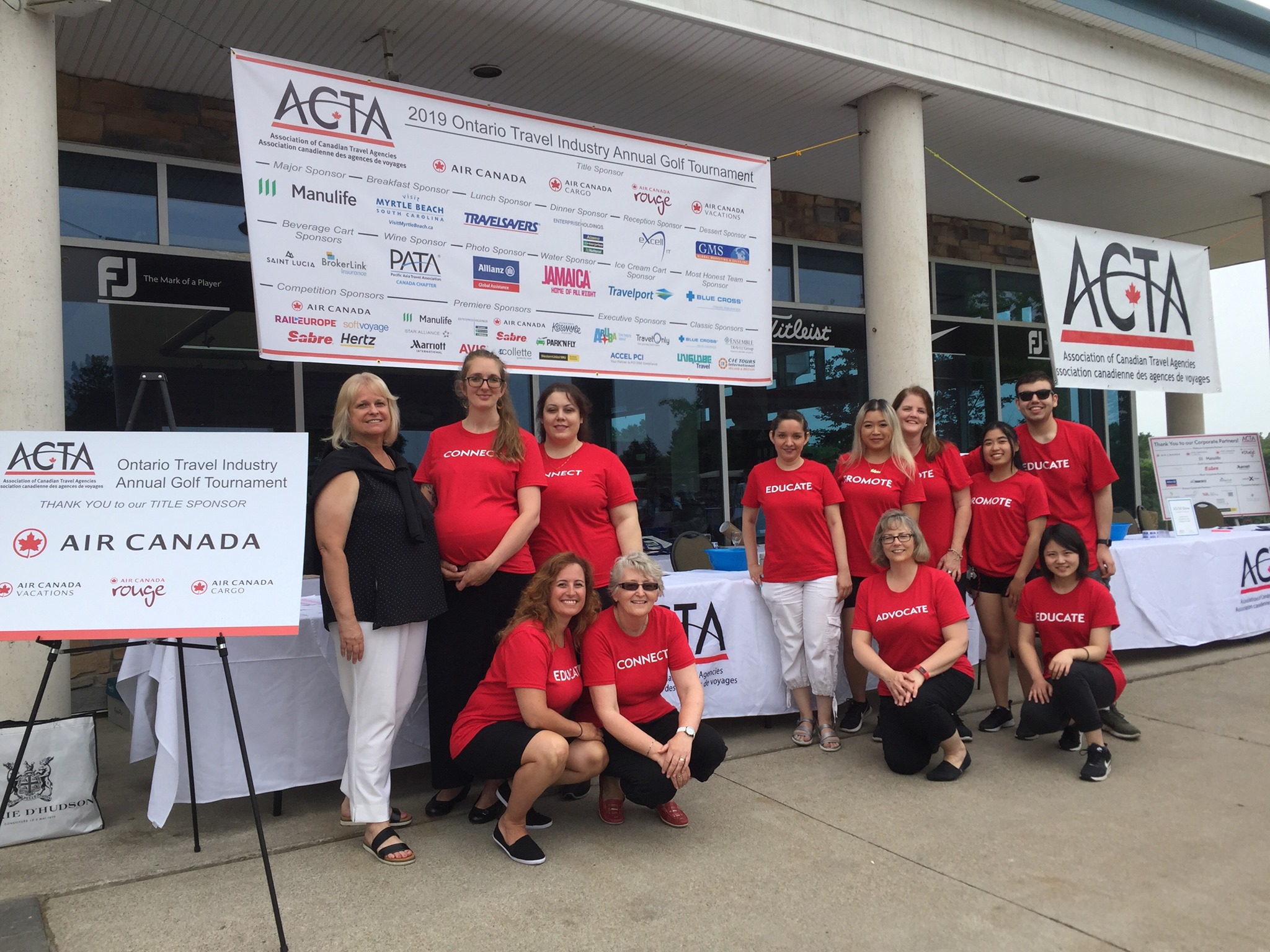 Giving back and remembering

After a whirlwind day of lobbying, Paradis and crew did manage to make it back to ACTA’s golf event, just in time for dinner and cocktails.

Among the event’s memorable moments was a special toast to travel industry veteran Frank Orlando, who suddenly passed away on July 5th at the age of 63 after succumbing to a month-long illness.

The event also doubled as a fundraiser for Tourism Cares, a non-profit, philanthropic organization which helps travel industry members give back through various volunteer initiatives.

The day’s sponsors were as follows: