“Fu*k it, let’s have a drink”: Tannis Dyrland's cocktail kits are making travel fun again – one sip at a time

Tannis Dyrland was never a fan of airplane wine and champagne.

So the Calgary, AB-based travel advisor took matters into her own hands (or plastic cup, for that matter) and created a product that lets travellers add a little flavour to their flights.

She developed her own line of cocktail kits, appropriately called “Mile High Cocktails.”

“Over the past year, the travel industry has been soul sucking to say the least,” Dyrland told PAX.  “I wanted to start something and get creative. As business owners, we need to think outside of the box.” 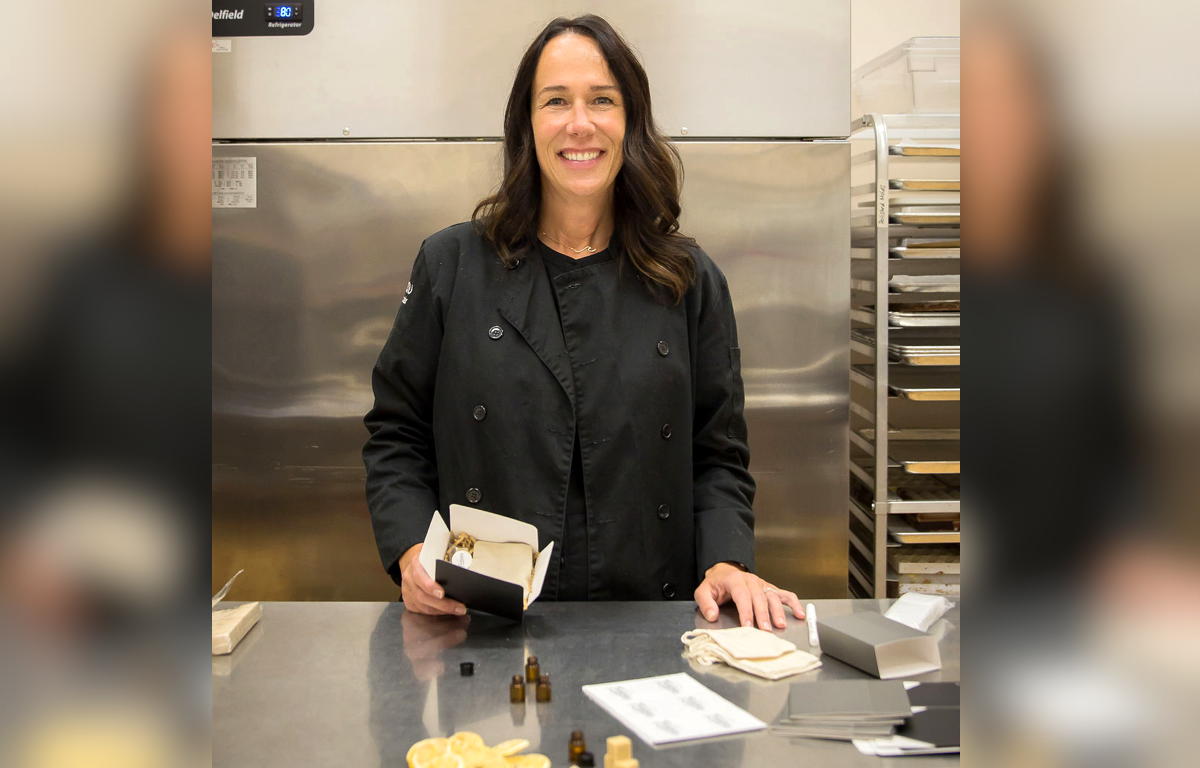 The kits, which Dyrland invented to complement her travel agency, Travel With Tannis, are fun and fabulous to say the least.

Launched in September, each kit comes with locally-sourced ingredients (enough to make multiple drinks) which travellers simply mix with the alcohol that’s served on the plane and the packaging, conveniently, is small enough to fit into a carry-on.

While intended for drinking (and lifting) spirits in the air, the kits, which come in four flavours, can be used just about anywhere, in any situation, from hotel rooms to camping to visiting with friends.

READ MORE: How one travel advisor found a new purpose in podcasting

Give one a go and “you’ll look like a bartender,” Dyrland said. “They’re such a conversation piece.”

The kits have also become fantastic gifts for her loyal clients.

"I’m always trying to figure something out for clients who have supported me over this past year and half," she said. "It’s a great gift item for them. It goes hand in hand with travel."

It’s a story of entrepreneurship that could be plucked from an episode of CBC’s Dragons’ Den.

Dyrland started working on the project in March after qualifying for Alberta’s Small and Medium Enterprise Relaunch Grant, which provided her with the funds she needed to get the ball rolling.

To begin, she posted a poll on her social media, asking her followers what their favourite go-to cocktails were.

Moscow Mule and Old Fashioned were among the top two named (and both of these flavours are currently offered in the collection).

It was after Dyrland connected with a friend who works in the food and beverage industry for advice that her creative juices really started to stir.

Partnering with the Calgary-based Silk Road Spice Merchant, Dyrland began experimenting with different spices and, like a sorceress tossing potions into a cauldron, created batches of different brews until the right flavours were found.

A spin on root beer, one of Dyrland's favourite beverages, was one concoction she developed that would later serve as the flavouring for her “Mile High” cocktail. The ingredient contains 26 raw spices.

A drink for “the beachy crowd” was also called for. For this, Dyrland combined strawberry and other berry extracts to create a sweet solution for what’s called the “Fu*k It List” cocktail.

This drink is a nod to an eye-catching marketing campaign of the same name that Dyrland launched, and trademarked, earlier this year. 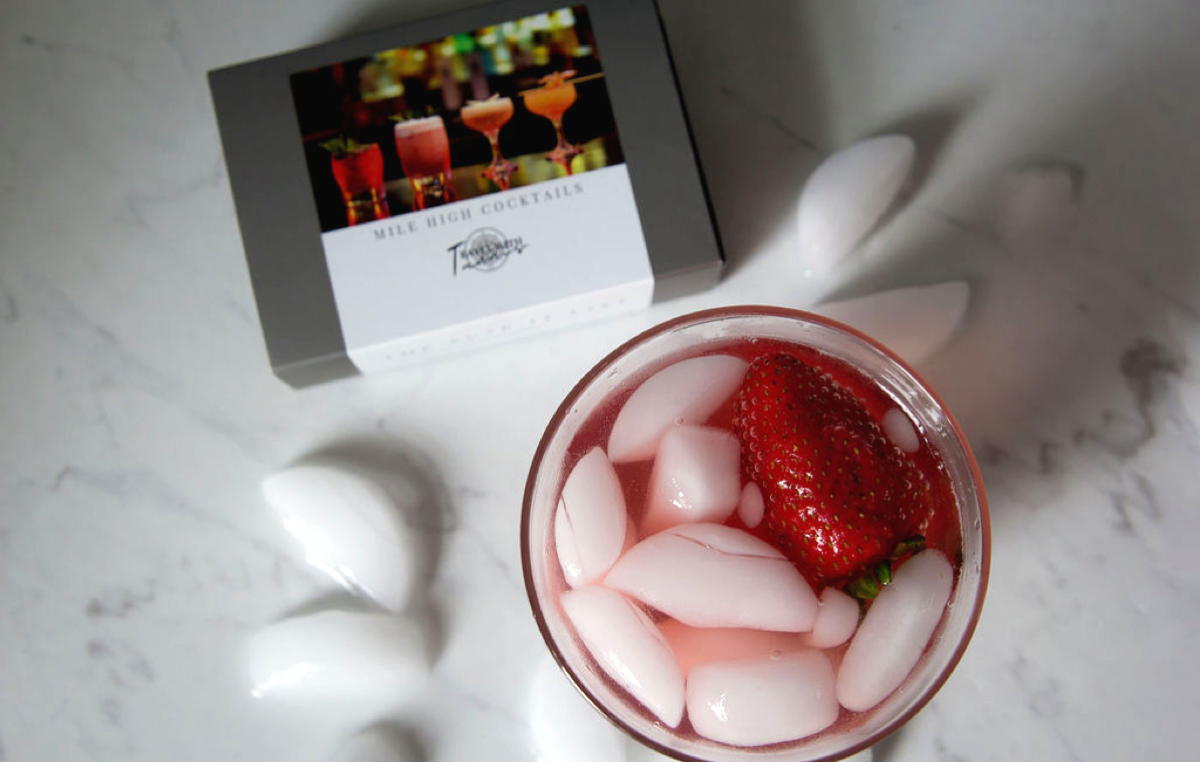 The “Fu*k-It List” – yes, it feels good to say out loud – is a collection of 12 worldly itineraries that Dyrland curated to inspire (and help secure) future bookings.

The campaign is about living life on your own terms to accomplish whatever your dreams are, Dyrland told PAX in a previous interview.

She promotes the trips on her social media, using now-or-never messaging that, effectively, captures the world’s collective frustration with not being able to travel due to pandemic-related restrictions. 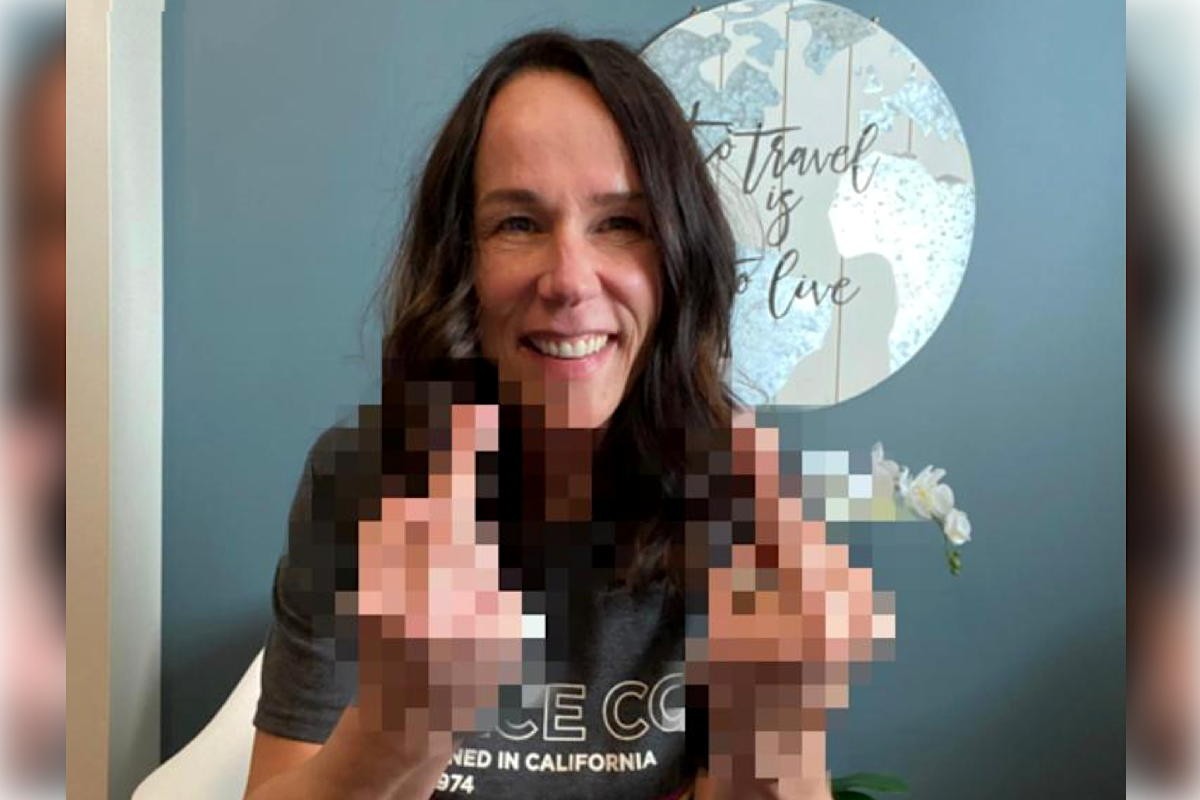 The Fu*k-It List is about saying, ‘Fu*k it, let’s book a trip,’ whereas the tone behind the beverage is, “Fu*k it, let’s have a drink,” Dyrland said.

Because, let’s face it, after 21 months of pandemic-related headaches, we could all use one.

Though COVID-related challenges remain, “the Fu*k-It List is about saying, ‘Quit telling me what I can’t do and let’s talk about what I can do,” Dyrland said.

In business, this could translate into something as simple as putting down a deposit on a future trip – if only to have something to look forward to. 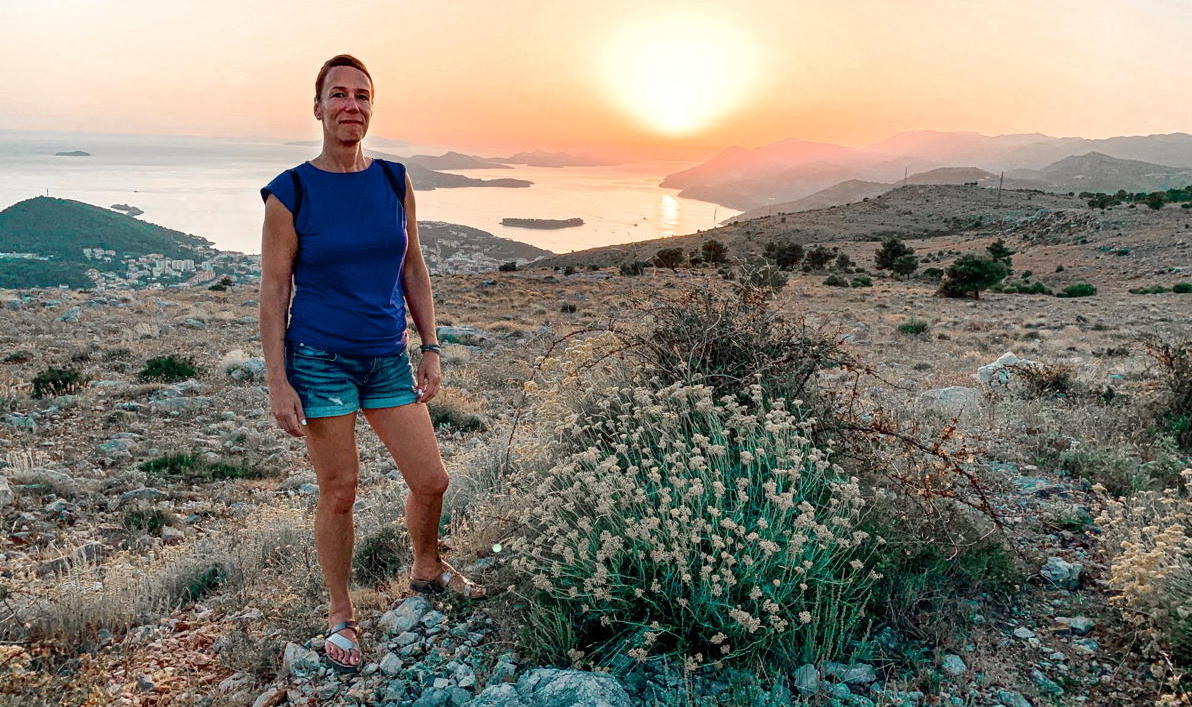 Some have understood this assignment. Last March, when Dyrland began promoting her Fu*k-It List itineraries on social media, a wellness trip to Bali that she designed completely sold out within just two weeks.

Mile High Cocktails is experiencing a similar level of success.

“The initial 200 I made sold out in the first week,” Dyrland said. “It really blew up overnight.”

Of course, the product that took Dyrland five months to invent posed new challenges, from learning how to legally sell consumables to ensuring the kits were TSA-approved.

“I one hundred per cent designed them myself,” Dyrland said, “from the packaging to every product in it.”

And, on top of running a high-performing travel agency, which recently received an award from AMResorts for “exceptional achievement in creativity and innovation in travel” – Dyrland continues to take a hands-on approach to her kits, brewing more product when inventory runs low and assembling it all herself. 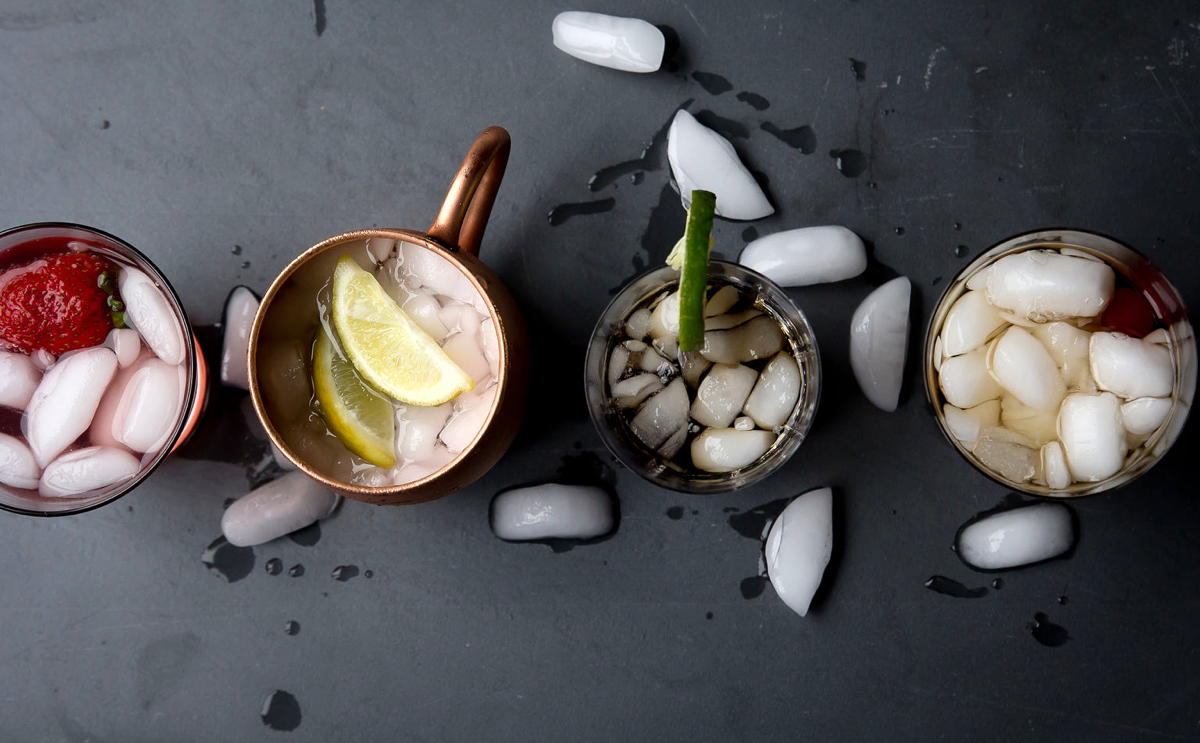 With Christmas coming up, Dyrland has already unveiled holiday-themed cocktail kit bundles, hoping to scoop up on the secret Santa/stocking stuffer market (one customer, she said, bought 16 kits in one swoop for stockings when the product first launched).

Her entrepreneurial advice to other travel agents looking to expand their brand?

“If you have an idea in your head, and you want to design and create it, just do it,” Dyrland said. “The worst thing that can happen is that it doesn’t take off as planned, but at least you tried.”

“Remember, the pool noodle exists because somebody thought foam in a pool would be a good idea.”

Also: “Marketing is everything,” she said.

“Use social media to post travel pictures and videos…talk about what you love and what you’re passionate about,” she said. “People will see it."

As for pitching Mile High Cocktails to potential investors on television's Dragons’ Den, Dyrland said it’s something she would consider, especially as her business grows.

If and when that day comes, we’ll be watching. With a “Fu*k It List” cocktail in hand. 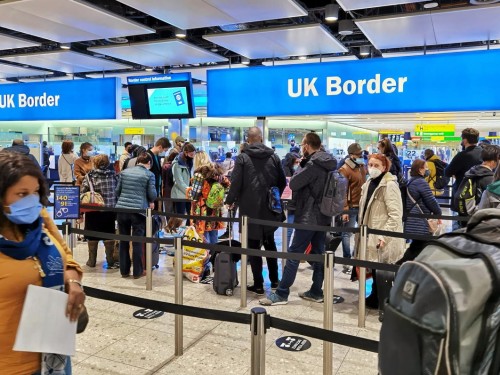 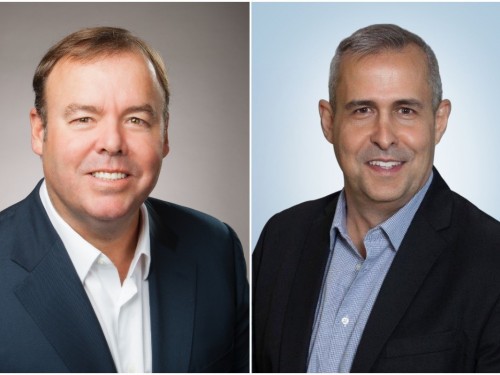