To some, he was the stylish guy with the funky hat and ponytail who could work a room at any industry function.

To others, he was a hard-working colleague who was immensely passionate about customer service, building relationships and going to the ends of the earth to help travel agents.

But if there's one consistent thing said about Bruce Slade, it’s that he was well-liked and that, above all, he was a friend.

As the year 2020 comes to an end, Canada’s travel industry is mourning the loss of one exceptional individual.

Bruce Slade, a business development manager at Huntington Travel, passed away on Sunday, December 27, 2020, after having been diagnosed with cancer just four weeks ago. He was 62.

Staff at Huntington Travel, where Bruce worked for more than a decade, were notified of the news in an email Monday morning (Dec. 28) sent by company owner and CEO Kiran Budhdev.

“This is a loss not only to us but the travel industry as a whole,” wrote Budhdev in the memo, which stated that there would be no memorial or funeral service held, as per Bruce’s wishes.

"He loved the business"

Speaking to PAX via telephone on Monday, Budhdev said he remembers Bruce as a “very hard working” gentleman who was physically fit, conscious of eating well and as someone who was always willing to engage in any discussion.

“He was seven days a week – he loved the business,” Budhdev said, noting how Bruce would routinely begin answering emails at 4:30 a.m. every day.

Bruce was fiercely devoted to his job and the Huntington Travel family, even in his final days.

Just five days ago, while he was in palliative care, he called Budhdev to ask for the latest travel literature so he could stay up to date with the industry.

“He wanted to stay involved and keep busy,” Budhdev said. “He said, ‘I’m in care, but don’t count me out.’”

Bruce’s passing came as a shock to the entire team as “it happened very fast,” Budhdev said.

Budhdev, who runs Huntington Travel with his wife, Vina, hired Bruce immediately after interviewing him for a job at the company 12 years ago.

Budhdev and Bruce already knew each other from industry events, as friendly competitors, but it was at an ACTA golf tournament, two weeks after hiring Bruce, that Budhdev knew he had found someone special.

“Bruce wasn’t a golfer, but he came for dinner,” Budhdev recalled. “As soon as he arrived, there were 15 agents around us. He was so well-known. He was a popular guy.”

Bruce’s devotion to helping travel agents was one of his many stand-out qualities, Budhdev said.

“Some sales reps see agents and say, ‘I’ll get back to you,’ and it doesn’t happen. Bruce, he was a dog with a bone if somebody had a problem. He would get it solved. He took care of agents,” said Budhdev.

Bruce was also an arbiter of taste and style – a man about town, donning hip fashion and cool hats at countless industry functions over the years.

“I’ve never seen anybody wear a hat with so much grace and dignity,” Budhdev said.

Ethel Hansen Davey, a travel advisor with Uniglobe Enterprise Travel Ltd., called Bruce “one of the best” she’s worked with in her twenty-plus years in the travel industry.

“Bruce has worn many hats – literally and figuratively – for several companies,” she said. “My last visit with Bruce was at an event just before the shutdown, where we chatted about his great taste in eyewear.”

“Bruce was Mr. Style – glasses, hats, and scarves. To hear that the world, and more personally, our travel industry, has lost such a wonderful gentleman is the saddest news.”

A life of travel

One of Bruce’s earliest jobs in travel was at Pilgrim Airlines in Montreal back in 1982.

Bruce was “always interested in airplanes and air travel” from the very beginning of his career, as he told PAX in an interview back in December 2018.

The only jobs he ever held outside of travel, at least in his early years, were gigs at a men’s clothing shop, a grocery store and at a disco club, he said.

Bruce learned about the joys of travel at an early age.

He said his earliest memory of travelling dated back to when he was around four-years-old while on a trip to Newfoundland with his father.

“I was afraid and sad when we first arrived as I knew no one,” Bruce told PAX in 2018. “My Dad told me to go stand in the field and I would have new friends in five minutes. He was right.” 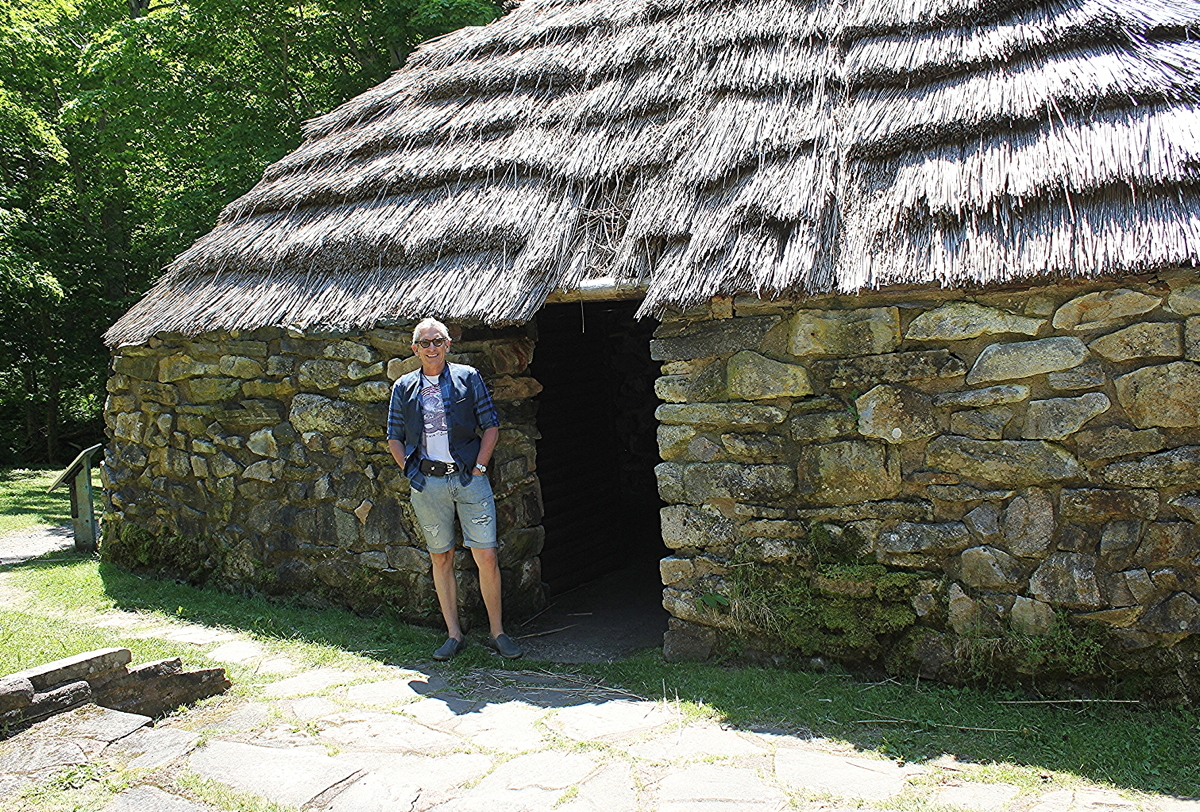 When asked what his all-time favourite destinations were, he replied: “Cape Breton Cabot Trail for the amazing scenery, Newfoundland for the people, [and] Hong Kong for the food.”

His most memorable meal while travelling?

“Fresh seafood and a glass of pinotage on a patio restaurant next to the ocean at Camps Bay Beach [in Cape Town, South Africa],” he said.

He counted “negotiation” and “relationship building” as his hidden talents.

But Bruce's many talents were no secret to Craig Kijek, who was Bruce’s boss and friend for nearly 30 years.

Bruce was “the best customer advocate,” said Kijek, who worked with Bruce over the years in Montreal, Ottawa and Toronto.

“He could answer customer issues at midnight or at 4 a.m. and always started with the premise that ‘The customer is right. How can I help the customer?’” said Kijek.

“I’m not exaggerating – he was the most dedicated person l have ever known who worked towards helping the customer. The customer was king, which made Bruce Slade one of the most successful sales people in the industry.”

During Bruce’s years working at Intair, he was “always sent to educate others on the Intair ways” when, for example, Kijek opened a new office.

Bruce was equally passionate about caring for his friends and family, said Kijek, describing his colleague as “a beautiful person.”

"I could always count on his support”

Armando Mendonca, president of AMPM, which represents the Vienna Tourist Board in Canada, called Bruce a “consummate professional in our industry” who will be missed and “never forgotten for his contribution.”

“We go back a long way and I could always count on his support,” Mendonca said.

“Everyone knew Bruce. He knew everyone. He always used everyone’s first name and was everyone’s friend,” Kooiman told PAX.

“You could count on seeing him at any travel event, making his way through the room and knowing everybody,” she said. “He was a great friend to everybody he encountered.”

“I am so happy to have called Bruce Slade my friend.”

Erminia Nigro, general manager of Ontario and national accounts at Air Canada Vacations, got to know Bruce over the years at industry events – originally as a “friendly, fierce and strong competitor,” she said, and then as a colleague when they worked together at Thomas Cook.

“I was lucky to know Bruce as an infectious-smile type of guy…he always had a big smile on his face,” Nigro told PAX. “He showed me the ropes on how the consolidator world worked and introduced me to some great people in this industry.”

She will remember Bruce as “the kind of guy who would respond to your emails at all hours of the day – hard-working, kind and an industry legend.”

“He will be certainly missed at conferences, industry events," she said, "and on this earth."