Here's a short epicurean guide for day cruise passengers, or eager explorers who want to make a quick tour of the city of Venice.

Hopping the bus for a vaporetto transfer to the city centre, I put my suitcase at La Palazzina Veneziana an hour later, a charming little hotel that will do the trick for one night. The nine o'clock strike rings in the chapel of San Geremia.

Stop at the Torrefazione Cannaregio for a duo cappuccino-cornetto  oh so Italian terrace. It was here that the heart of Venice came alive: old men playing cards, lovers sipping espresso, toddlers bickering on their way to class.

Later, my footsteps will follow one another according to the ocher, salmon, peach, crimson and brown facades; the colors lining the channels of the Jewish ghetto multiply to the delight of my hyperactive camera, which will sketch some of my favorite shots of this day.

I emerge a few hours later on the Grand Canal, not without stopping at the Gelateria Ca 'D'oro for my first dose of frozen stracciatella .

I make a stop at Palais Ca d'Oro. It houses the works of Venetian masters such as Bellini and Carpaccio, all recognized for their perspective of realism to be mistaken.

I visit some of the chapels of the San Marco district in the passage, including San Giovanni Crisostomo and Santo Stefano, and San Salvador which features Titian's fabulous Annunciation painting.

The bell towers remind me that it's lunch time. I'm waiting on the terrace of Ristorante Da Ivo, whose specialties perfectly combine the Venetian and Tuscan cuisines. 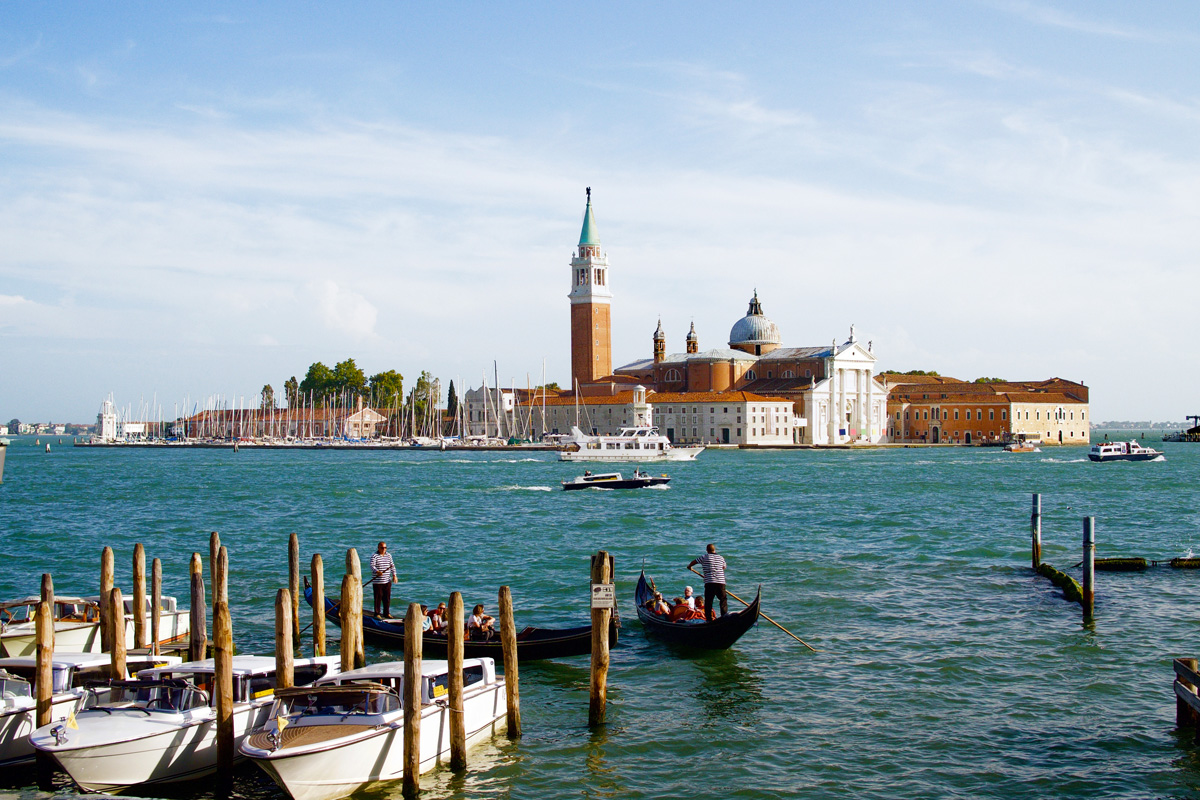 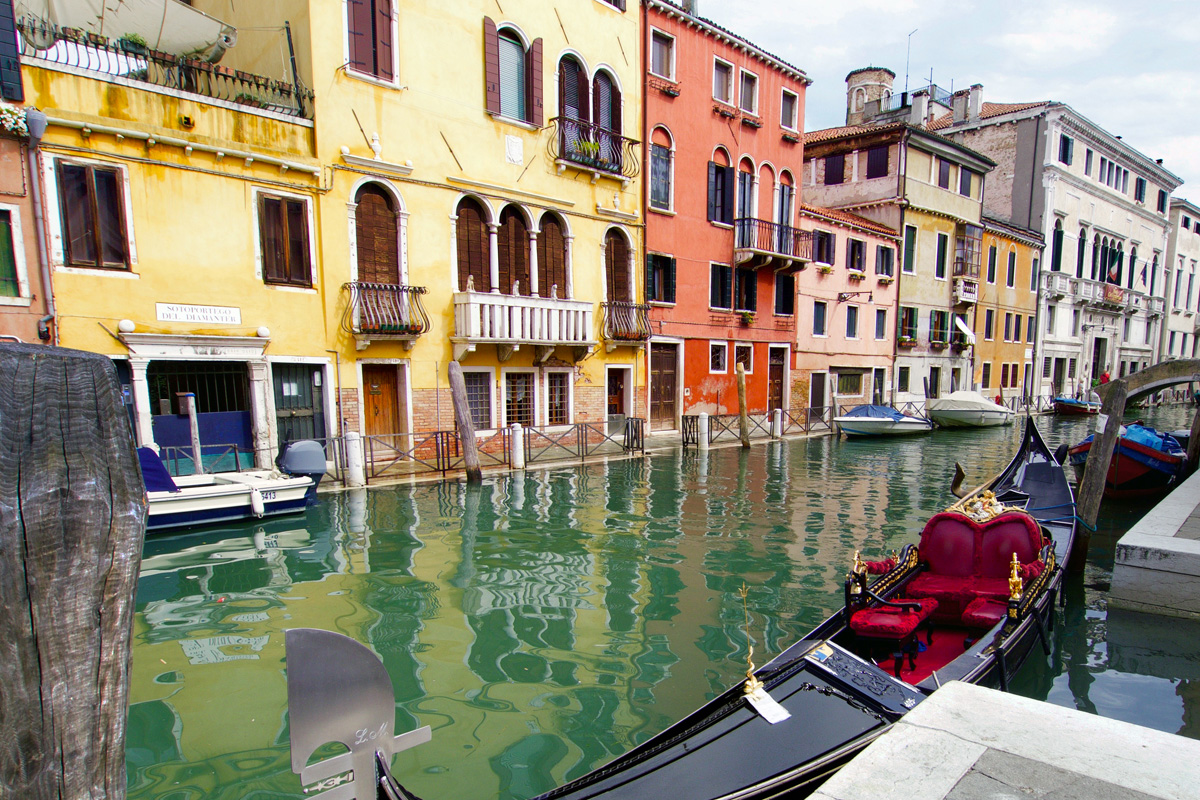 The postcards had not lied to me: the canals of Venice are indeed crowded with gondolas, maneuvered by affable gondolieri  in search of credulous tourists who will pay the full price without complaining.

However, I am rather trying to get away from the sea level, sinking in the alleys of Campo Marin to the palace Contarini del Bovolo. It is because the modest palazzo - oxymoron if there is one - is endowed with a splendid multi-arch spiral staircase opening, at its pinnacle, offering a panoramic view of the roofs of Venice.

In the direction of the last cultural stop of the day, St. Mark's Square, I regain strength with a dose of gelato well deserved at Bacino Orseolo, one of the most famous merchants of the city.

I cross the famous square, mingling amongst the tourists lost in the sights of Venice, selfie sticks in tow, before taking refuge in the basilica of the same name, whose millennial age and Byzantine opulence amaze.

After 10 laborious hours navigating the topography of Venice, I embrace, with a little too much enthusiasm the tradition of aperol spritz i cicchetti.

Some good addresses discovered during this aperitif walk: the Cantina do Mori (the oldest bàcaro of Venice, dating from 1462), the Cantinone-già Schiavi carpeted with bottles of wine, the Osteria Banco Giro and its terrace overlooking the Grand Canal and, in particular, the Do Spade with its platters of seafood and the Vini de  Gigio near my hotel.

I collapse for the night, satisfied with my journey, saying only a goodbye rather than a farewell to the fabulous Venice.