While the wearing of face masks to halt the spread of COVID-19 is now mandatory on most flights, a Canadian company has taken disease prevention further by inventing a “haute hazmat” suit for wearing in public and on airplanes.

VYZR Technologies, a personal protective gear company based in Toronto, launched the futuristic product, called the BioVYZR, in April via crowdfunding site Indiegogo. 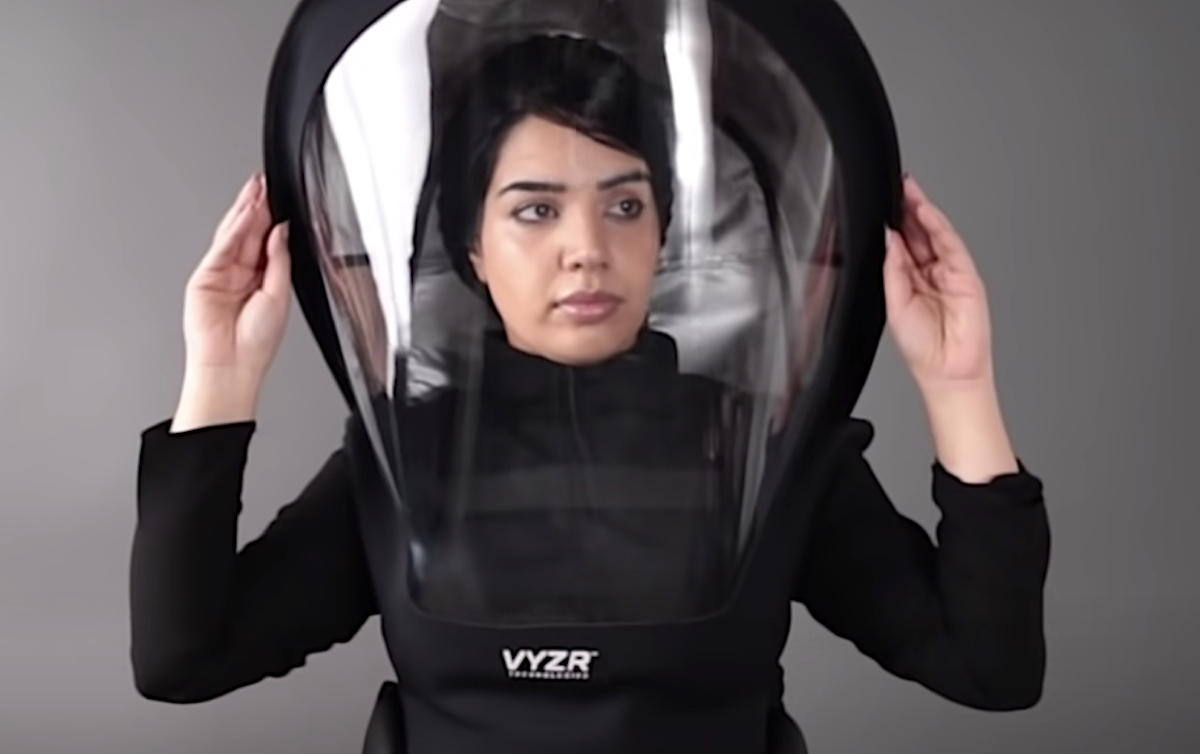 Coming in a $250, the gear's outer layer resembles the top half of an astronaut’s suit, and even contains its own anti-fogging “windows” and a built-in hospital-grade air-purifying device.

It’s made from silicone, neoprene, and vinyl, weighs less than three pounds, and is easy to disinfect and pack away between uses, reports say.

And get this – customers have already pre-ordered some 50,000 units of the suit, raising $400,000 for the company, with doctors, dentists, hairstylists, and long-haul travellers being the top customers so far. 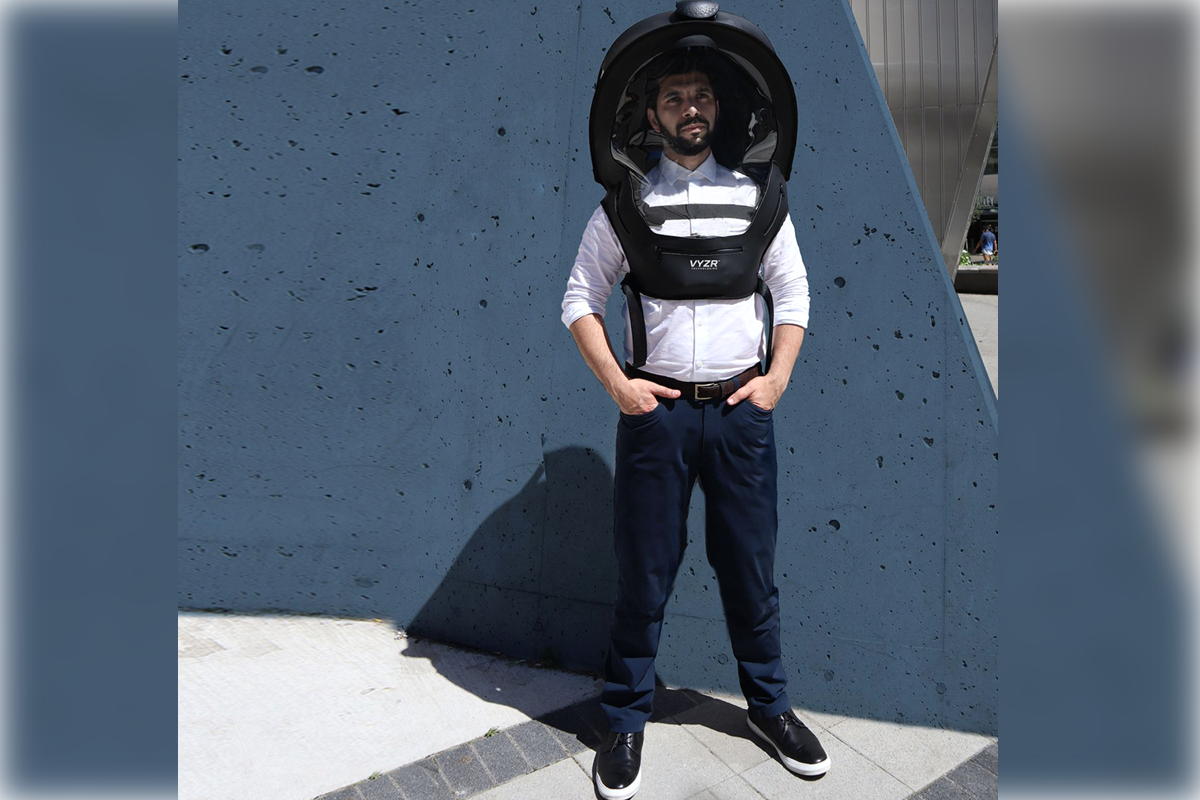 The deliveries are expected to be complete by the end of July, Bloomberg reports.

Company spokesperson Yezin Al-Qaysi told Bloomberg that he isn’t sure how the haute hazmats will be received by screening officials or airline staff.

Apparently, the suit is an adaption of an earlier invention by Al-Qaysi – a solar visor that provides hands-free shade in desert environments. 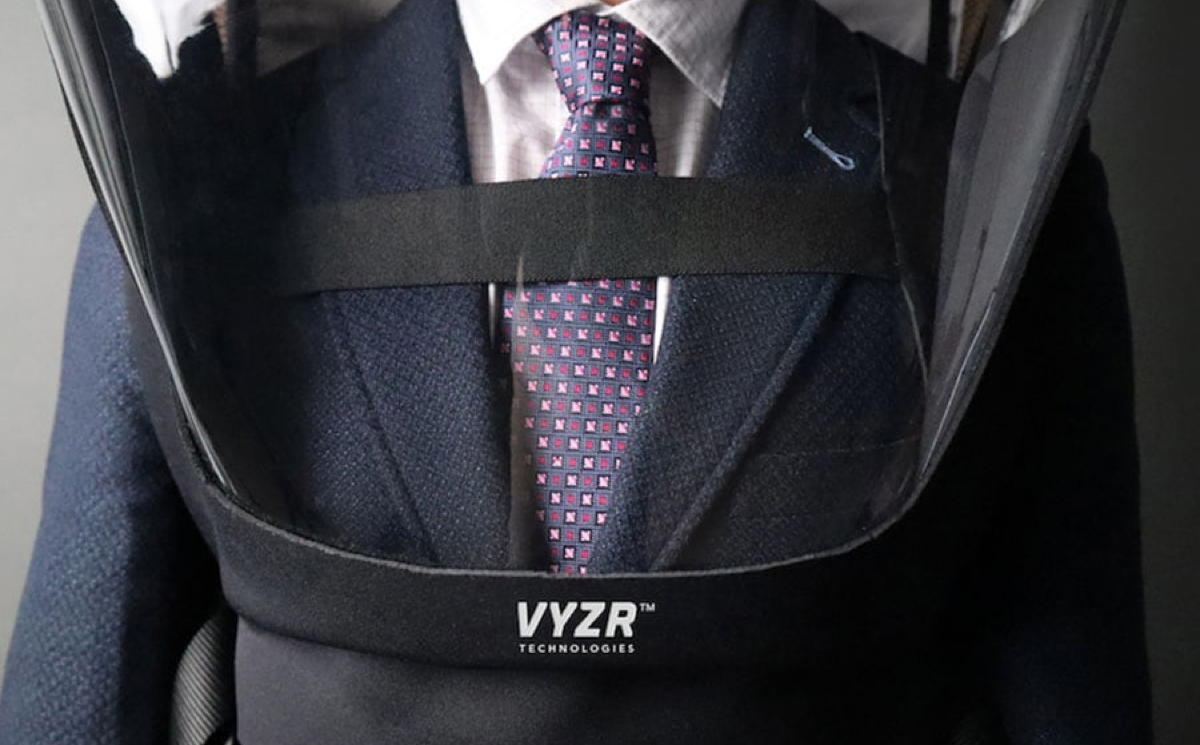 “When the [Covid-19] outbreak happened, we realized that in a perfect world, everyone would have access to a Powered Air Purifying Respirator,” he told Bloomberg, referring to the suit’s respirator device that provides clean, filtered air from a lithium battery-operated blower (which lasts 12 hours on a single charge).

The device also reportedly blocks outside sound. So if you hate the pitch of screaming children on an airplane, but like the idea of breathing purified air, this humongous piece of headgear might just be for you.