Travel restrictions will be in place for "as long as needed," says Trudeau

Prime Minister Justin Trudeau says Canada’s new travel restrictions will be in place for “as long as needed.”

Speaking to reporters in Ottawa on Tuesday (Feb. 2), Trudeau fielded a question that asked if there was a precise start date for the new restrictions, which includes a mandatory hotel quarantine, and if the rules will be eased by May 1.

“We can take nothing for granted,” Trudeau said, speaking in French. “We will keep the measures in place for as long as needed to ensure the safety of Canadians.”

Repeating is his message to avoid non-essential travel, Trudeau said his government could “not predict the trajectory of the virus or the measures we would be taking," reiterating his own warning that restrictions could change at any time.

The strict international travel rules the federal government announced on Jan. 29 will be implemented “within the weeks to come,” he said.

“We’re looking to create a system before people start travelling for the March Break,” Trudeau said, speaking in French.

On top of that, all international arrivals will have to wait for up to three days at an approved hotel for test results at their own expense, which may cost $2,000, Trudeau said.

Stopping COVID-19 variants from spreading in Canada is one of the main reasons why restrictions have been tightened, Trudeau has previously suggested.

"We saw that one travel case resulted in many, many cases of the U.K. variants...," the Prime Minister said on Jan. 29. "We know that one case of the variant that comes in could cause significant challenges."

While Trudeau said the new rules will unfold in the coming weeks, Canada’s Transport Minister Omar Alghabra has also said that plans could be ready by this Thursday (Feb 4).

In an interview on CBC’s Rosemary Barton Live on Sunday, Alghabra asked people “to be prepared as soon as Feb. 4.”

"I can't tell you if that's exactly when it's going to start, but I would ask people to be ready for it as soon as possible,” Minister Alghabra said.

The $2,000 price tag for quarantining in a hotel for three nights (which could be longer, if a traveller tests positive for COVID-19) has been a hot topic of debate in travel circles.

The Public Health Agency of Canada (PHAC) is leading the implementation of this mandatory protocol and Minister Alghabra is calling the price a “ballpark” figure that could change.

READ MORE: $2,000 is a “ballpark” figure for hotel quarantine that could change, says Alghabra

"As we get closer into the implementation in the coming weeks, we will have a much more accurate assessment of the dollar figure and exact locations [of the hotels],” Alghabra told CTV on Sunday.

Alghabra confirmed that there are other expenses factored into the cost of staying overnight in a government facility, such as enhanced health and security measures.

Food, too, may also be included in the cost, although that has yet to be confirmed.

As part of the quarantine plan, travellers who test negative will be released from their hotel and be allowed to finish their quarantine at home. Those with positive tests will have to continuing their isolation in a government facility.

It is not yet clear if travellers entering Canada at the U.S. land border will have to quarantine in a hotel.

“The Government of Canada will introduce a 72-hour pre-arrival testing requirement (molecular test) for travellers seeking entry in land mode, with limited exceptions such as commercial truckers,” reads a Transport Canada release.

“In addition, we continue to collaborate with partners in the United States to strengthen our border measures and keep our countries safe.”

Meanwhile, the World Travel and Tourism Council (WTTC) is condemning Canada's new restrictions, calling them a move that will cause "untold damage."

“Blanket flight cancellations and ineffective and costly quarantines are not the solution and will only slow down the recovery of this important sector." said Gloria Guevara, WTTC President and CEO, in a statement.

“We firmly believe that rapid, low-cost testing on departure for all travellers, along with the implementation of a contact-tracing regime is the only way to save the sector."

"These simple and effective measures, along with observing enhanced hygiene protocols, such as mask wearing and social distancing, will avoid exporting the virus and enable the free movement of travellers." 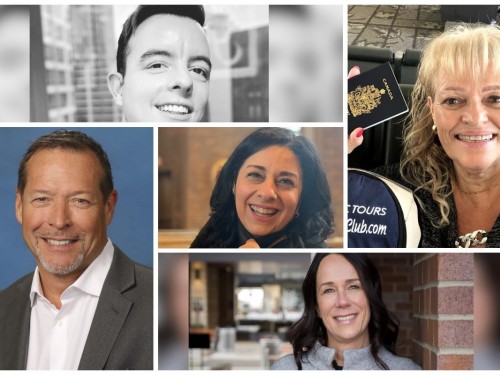 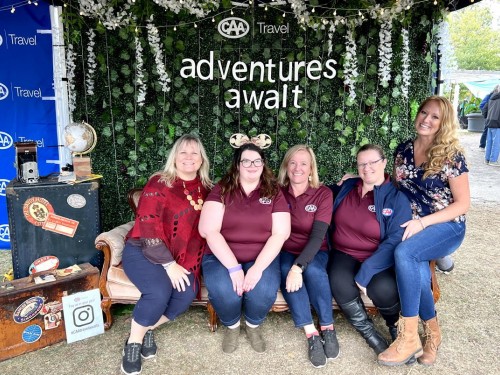