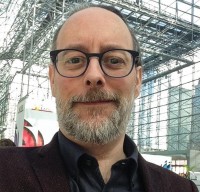 As a freelance journalist specialised in all things business, Jean-François Venne has written for some of the most prestigious publications across the country over the past 15 years including the CBC, Le Devoir et Protégez-vous, to name a few.

This article first appeared in the May 2019 issue of PAX magazine.

Evelyn Casaubon founded Wellness Destinations in 2017 and has officially been an outside agent since May 2018.

Like most self-employed workers, her office is her home.

But it's out of the question for her to confine herself to the four walls of her house.

"From the beginning, I chose several strategies to avoid finding myself isolated," she says.

Although she has a home office, she doesn’t hesitate to work from a café or library from time to time. Regular meetings with customers or partners offer her the opportunity for one-on-one personal interactions.

“I'm shopping around for the right organization," she says.

She has tried several, such as the International Wellness Network (RIME) and women's groups, such as Heart Link Quebec. She also regularly attends conferences and trainings, which usually includes a networking component.

What is she looking for, exactly?

An organization that commits to its members and delivers what it promises. One meeting a month in a networking organization would be adequate, as long as the cost remains reasonable.  But above all, she’s seeking a network whose members, beyond the profession or the fact of being in business, possess values similar to her own.

"I'm looking for a group of people with whom I feel good and who will allow me to evolve, while also adding value to my small business," she says.

Chantal Laporte, a travel agent at Espace Voyages, has been an outside agent since October 2014. She sometimes works full-time. However, at other times, she’s balancing another job.

To avoid isolation, she uses a lot of social media, including Facebook. She participates in several specialized groups, such as Travel Professionals or Quebec Travel Counsellors.

Laporte is also a director at the External Advisors Group.

"It's interesting, because this group brings together external agents, more often than not, those who are just starting out, who can therefore share similar experiences," Laporte says.

Without necessarily revealing their best tips (they’re still competitors, after all) they discuss various situations and, in turn, help each other in order to better manage their customer experiences.

Laporte also plans to participate in networking activities. She attended an event organized by the organization for Entrepreneurs Networking Live. The members of this group organize parties about once a week.

"You can attend conferences, chat with friendly people, and discover some of the services you may need in your practice," she says.

Many other opportunities to break the isolation and network is presented to outside agents, she adds, naming bulk brochures, and presentations from tour operators, hotel chains or various tourist offices.

Laporte also takes advantage of familiarization trips aimed at discovering hotel chains and new destinations in order to network with representatives and hoteliers.

When asked if she feels as though there’s a risk of isolation by working as a self-employed person, she responds that it is actually less of a risk than a choice.

"With so many options out there in terms of networking and exchange groups, it’s almost impossible to feel isolated," she concludes.