Following the devastation left behind by Category 5 storm Hurricane Irma in September 2017, the French and the Dutch side of St. Martin/St. Maarten are working together to restore the island to the beautiful state those who have visited know it to be.

Such is the underlying theme of this year's annual Saint Martin/Sint Maarten Annual Regional Tradeshow (SMART), which sees tour operators, airlines, and hotel partners gather to network and make appointments.

This week, 141 companies, including tourism boards, tour operators, airlines, hotels, and other various suppliers have been networking on the trade show floor, providing crucial updates and demonstrating new products to those in attendance.

The following updates were given at this year's conference, hosted at the newly-renovated Sonesta Maho Beach Resort.

Sixty-one per cent of the hotels and timeshare units on the Dutch side of the island have been restored, including the popular Sonesta Maho Beach Resort, Sonesta Ocean Point, and Divi Little Bay Beach Resort.

Over on the French side, 75 per cent of the villa product has been renovated, which corresponds to approximately 1,200 rooms, Prior to Hurricane Irma's arrival, there were roughly 1,600 rooms open and ready. 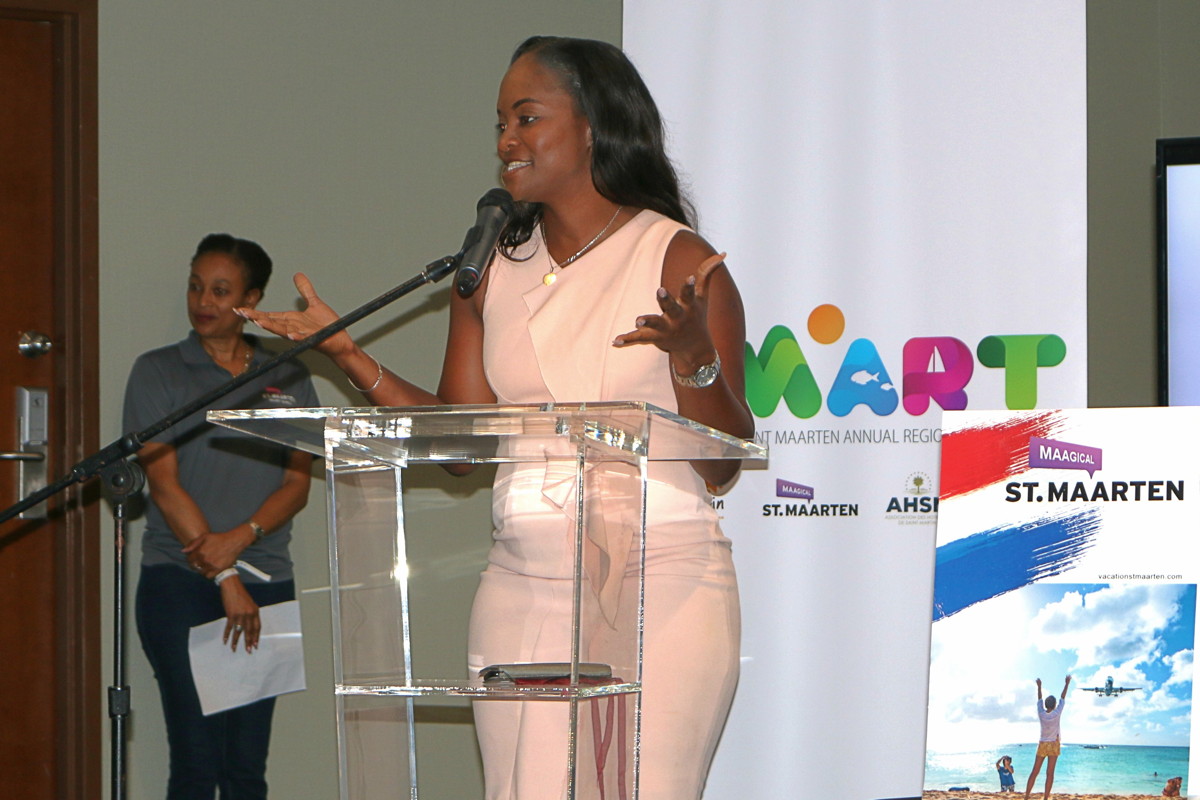 Overall, 69 properties are open and accepting bookings, while 35 are still closed island-wide. Both the Dutch and French sides expect to have 73 per cent of St. Martin/St.Maarten's room inventory ready by the end of the first quarter of 2020. New brands will come to the island that year, including Secrets Resorts, the 450-room Planet Hollywood Resort Casino & Spa, and the Morgan for 2020 and 2021.

"We recognize that tourism is the main source of our economy, which is why the governments of the French side and the Dutch side are dedicated to revamping their tourism product," said Valerie Damaseau, vice-president of French St. Martin’s Territorial Council and President of the St. Martin Office de Tourisme. "Everybody remains interested and motivated in re-launching this destination. In terms of cooperation, we are still dedicated to the M.O.U that was signed by our two governments, and numerous actions have been started, and still continues."

Stuart Johnson added: "Through our collective challenges, St. Martin, French and Dutch side, have returned to a familiar voice, acting as one destination, and we are already reaping the benefits of a cooperation agreement we signed one year ago to combine our efforts to improve our destination marketing."

New hotels across the island include, but are not limited to:

Alongside the hotels, popular restaurants and lolo's, the beloved snack shacks in St. Martin, are rebuilding and revamping their menus.

Damaged extensively during the hurricane, Princess Juliana International Airport is up and running, and has re-introduced flight frequency and direct connections via partners like Sunwing, JetBlue, American Airlines and various regional carriers.

Operations have been moved to various parts of the building in order to increase efficiency for visitors. Since Irma, St. Martin/St. Maarten has seen a tourism boom, welcoming a 144 per cent increase in international arrivals in the first quarter, compared to 2018.

Air Canada is currently looking to add additional flights for the winter season. "Starting in the fall, Air Canada will fly once a week into St. Martin," confirmed May Lin Chun, director, St. Maarten Tourism Bureau. "WestJet is the only Canadian airline that will operate a summer flight to St. Martin, coming this year."

Cruise arrivals have also spiked, with the destination seeing an 84.4 per cent increase in the first quarter of 2019, compared to the same time last year. Those numbers also represent a 1.1 per cent increase over 2017.

The  St. Maarten Tourist Bureau is currently revamping its marketing strategy to create a unified social media presence that reflects the various tourism product offerings on both the French and Dutch side.

And, recognizing that travel agents play a huge role in bringing visitors to the island and promoting tourism, Lin Chun says they're working hard to incorporate travel agents once again.

"We want to work on adding more training and webinars for the Canadian travel agents, because we used to do a lot of that," Lin Chun told PAX. "We're looking at starting a specialist program, because as much as tourism has gone digital, travel agents are still vital, and they're the ones on the ground. We recognize the need for both, and they do not go unnoticed."

Another diversification project has been for St. Martin to look beyond its existing markets.

"This year, expect exciting summer and fall packages and deals to come from our tourism department as we encourage you to sell St. Martin," said Johnson.