Ontario has officially declared a state of emergency in response to COVID-19.

Ontario Premier Doug Ford made the announcement Tuesday morning (March 17th), outlining his government’s plans to “flatten the curve” and help stop the spread of the virus.

“We are facing an unprecedented time in our history,” said Premier Ford at a press conference held shortly after 8:30 a.m. “COVID-19 constitutes a danger of major proportions.”

The call to declare a state of emergency was made so Ontario can support its healthcare sector as it works to curb the spread of the virus, the Premier said.

“This is a decision that was not made lightly,” Ford said.

Ford outlined a series of orders that take effect immediately:

First, he ordered the prohibition of organized public events of more than 50 people (including parades and events and services within places of worship) until March 31st, 2020.

Restaurants may, however, still provide takeout and delivery options.

“This is not a provincial shutdown,” Ford said, repeating himself twice.

Essential services and some areas of business will still be running, he said, including grocery and convenience stores, public transit, construction sites and office buildings,

“The health and well-being of every Ontarian must be a priority,” Ford said, basing his moves on the advice of Ontario's chief medical officer of health.

“By declaring a state of emergency, our province will be in the position to act as fast and decisively as needed,” Ford said, repeating that “this decision was not made lightly.”

Ontario currently has 177 cases of COVID-19.

The situation in Ontario is changing “hour by hour, day by day,” Ford said.

Additionally, Ford unveiled the “first stage” of a COVID-19 emergency relief package for the province, valued at more than $300 million dollars, which will support health care, jobs and the economy.

One aspect of the package will be used to backfill 1,000 nursing positions, Ford said.

The Premier also affirmed Ontario's commitment to helping citizens who may find themselves out of work as a result of the changes, suggesting that his government will assist in the push to speed-up EI reform.

“We will support you during these difficult times,” Ford said.

Ford’s announcement comes one day after Prime Minister Justin Trudeau introduced “increasingly aggressive steps” to halt the spread of the virus in Canada. 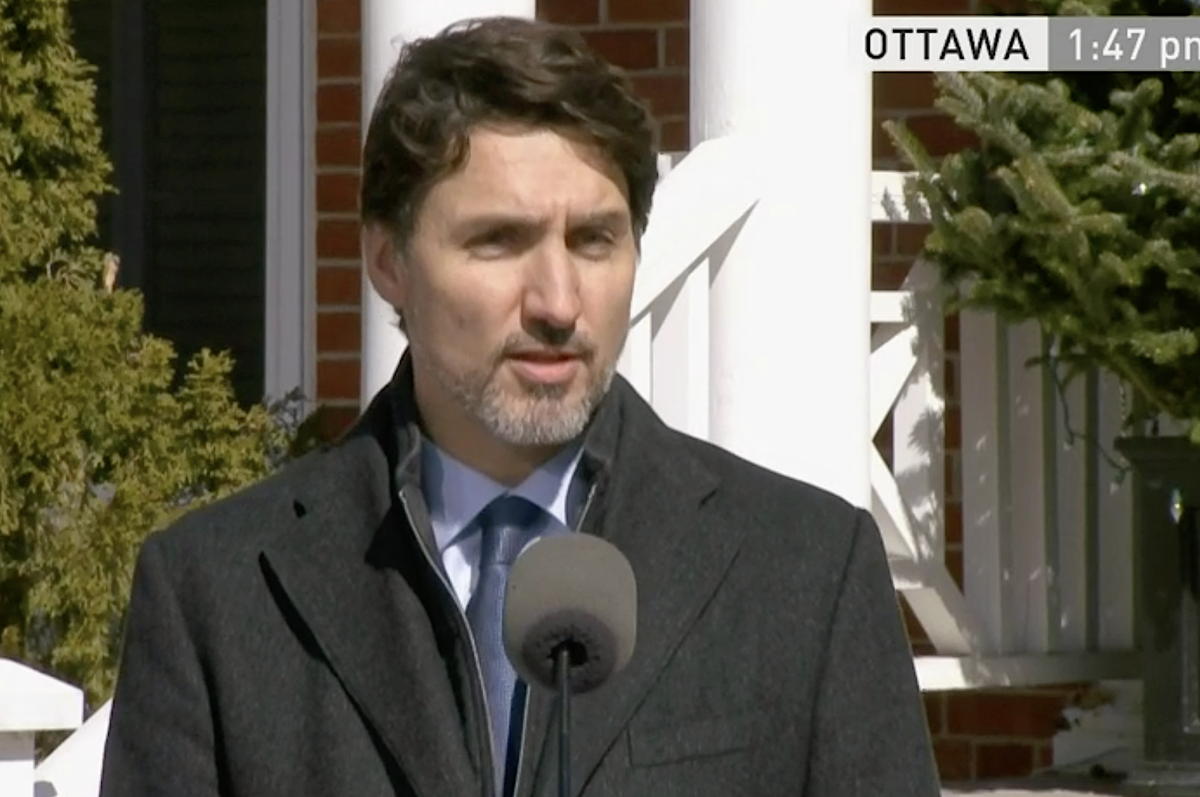 Trudeau's new measures include closing the border to most non-citizens (diplomats, air crews, and U.S. citizens are still allowed in), mandating airlines to ban all travellers who present symptoms of COVID-19 from boarding and limiting overseas flights to four international airports in Montreal, Toronto, Calgary and Vancouver.

Domestic flights and flights from the U.S., Mexico, the Caribbean and Saint Pierre and Miquelon will not be impacted by this measure, the PM noted.

As of Monday, there were 377 cases of COVID-19 in Canada, with that number changing by the hour.

“If you are abroad at this time, it’s time to come home,” Trudeau said Monday.