PM urges Canadians to "make choices that will save lives;" financial aid available to citizens abroad

Drawing on the recommendations of Canada’s Chief Public Health Officer Dr. Theresa Tam, the PM reiterated the importance of social distancing and healthy hygiene habits and the role those actions play in preventing the spread of the virus.

“Do wash your hands often. Do sneeze into your elbow. And don’t gather in groups of more than 50 people,” Trudeau told reporters from his residence at Rideau Cottage in Ottawa, where he is in self-isolation after his wife, Sophie Grégoire, tested positive for COVID-19.

Trudeau revealed more measures that aim to “flatten the curve” of COVID-19 in Canada.

This Wednesday (March 18th), for example, Parks Canada will be suspending visitor services at all national parks and historic sites.

“Pretty much anything with a door will be closed,” said Trudeau, who also thanked all the workers who are on the front line of helping Canadians amid the outbreak.

The Prime Minister also acknowledged that it was St. Patrick’s Day and that many Canadians probably had parties planned.

“Now is the time to find another way to celebrate and to do that at home,” Trudeau said.

Trudeau pushed that Global Affairs Canada has established an emergency loan program of up to $5,000 to help people who need to return home or cover their needs while they are waiting to return.

“We are looking at every possible way of bringing Canadians home,” Trudeau said, noting that there are almost 3 million Canadians who are travelling or living abroad at any given time.

Canadians abroad who are in need of assistance can call 1.613.996.8885 or email sos@international.gc.ca.

WestJet, for one, will be halting all international and transborder flights for a 30-day period starting this Sunday (March 22nd) as it shifts its focus to rescue and repatriation flights in partnership with the Canadian government.

Trudeau said a “major announcement” on economic action to help Canadians will be made on Wednesday, hinting at changes to the upcoming tax season, flexible payment programs and support for small businesses.

“We have the information we need to make informed choices,” Trudeau said.

The PM confirmed that his government will be examining Canada’s Emergencies Act to see if there are other ways to protect Canadians amid the outbreak.

He has also directed Canada’s house leader to discuss a brief return of the House of Commons in order to pass other emergency economic measures.

The Prime Minister said that declaring a national emergency was not necessary at this time.

Trudeau introduced “increasingly aggressive steps” to halt the spread of COVID-19 in Canada on Monday.

This included closing Canada's border to most non-citizens (diplomats, air crews, and U.S. citizens are still allowed in, however), mandating airlines to ban travellers who present symptoms of COVID-19 from boarding and limiting overseas flights to four international airports in Montreal, Toronto, Calgary and Vancouver.

Domestic flights and flights from the U.S., Mexico, the Caribbean and Saint Pierre and Miquelon will not be impacted by this measure, the PM noted.

Trudeau's update unravelled hours after Premier Doug Ford declared a state of emergency in Ontario, which currently has 185 cases of COVID-19, the highest in Canada.

Five of those cases have been resolved so far.

Ford outlined a series of orders, including the prohibition of organized public events of more than 50 people. 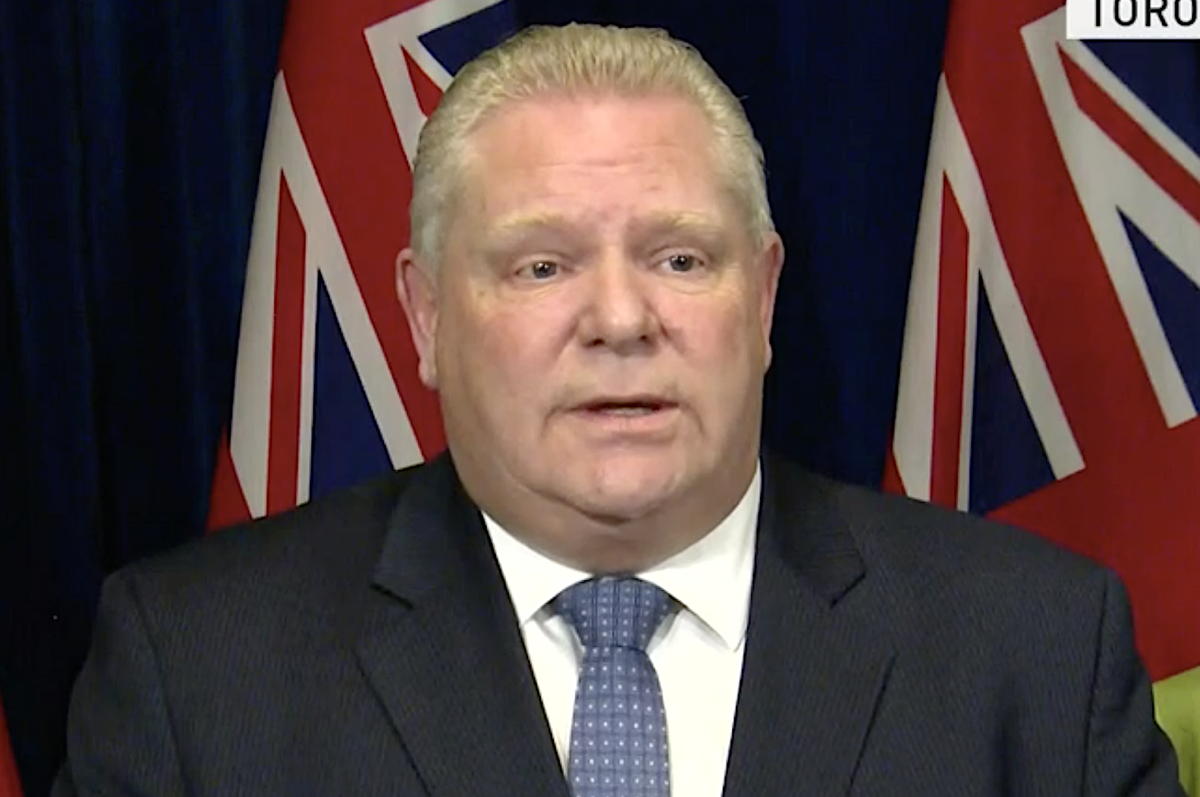 “This is a decision that was not made lightly,” Ford said.

The Premier said the measures will be in effect until March 31st.

Essential services and some areas of business will still operate, such as grocery and convenience stores, public transit, construction sites and office buildings,

“This is not a provincial shutdown,” Ford said. “By declaring a state of emergency, our province will be in the position to act as fast and decisively as needed.”