Everything travel agents need to know about Disney for 2019 & beyond 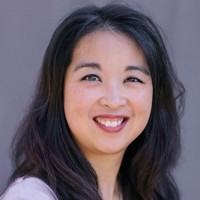 Disney treated Calgary-based travel agents last night (Nov 27) to a private screening of its newest film, Wreck it Ralph 2: Ralph Breaks the Internet, as part of an event dedicated to sharing the latest news about Disney’s theme parks and products.

The fun and informative evening at Scotiabank Theatre Chinook drew about 150 agents and was hosted by Tanya Idzan, district sales manager and Mark Maggiora, sales manager of Disney Parks.

“Star Wars: Galaxy’s Edge is the biggest thing happening at Disneyland,” Idzan said of the new attraction, which is scheduled to open in Disneyland this summer 2019 and at Walt Disney World in late fall the same year.

Academy Award-winning composer John Williams created original music exclusively for Galaxy’s Edge for a fully immersive land experience. A new Star Wars-themed resort is planned at Walt Disney World. However, the opening date has yet to be announced.

In January at Disneyland, Get Your Ears On - A Mickey and Minnie Celebration of 90 years, begins. New entertainment includes Mickey’s Soundsational Parade, Mickey’s Mix Magic and a fun dance party with DJ Mickey.

On the high seas, Disney Cruise Line will have Mickey & Minnie’s Surprise Party at Sea, a high energy deck party on the Disney Fantasy.

A new ticket model based on variable pricing has been extended into multi-day tickets with a shorter range of dates to use tickets. A flexible date ticket is still available with the 14-day expiry but will be at a premium price.

2019 – at EPCOT, a new nighttime show coming in second half of the year
2021 – new attractions at EPCOT include Guardians of the Galaxy ride in Future World, Remy’s Ratatouille in France and a new Space-themed restaurant by Mission: Space attraction.
2021 - Tron attraction coming to Magic Kingdom

This is guided group travel for families with active hands-on experiences and authentic storytelling.

WestJet Vacations
The airline has added weekly service to Orlando from Edmonton and Saskatoon and additional flights to Los Angeles from Vancouver and Calgary. New Good Neighbour hotels include Springhill Suites Convention Center and Staybridge Suites with perks such as free nights, no resort fees, waived parking fees exclusive to WestJet Vacation guests.

TravelBrands
The new USA brochure launched with large sections dedicated to Disneyland, Walt Disney World and Aulani. Disney is a destination TravelBrands has been selling for over 50 years and has ticket-only offers that can be sold as a standalone product.