Prime Minister Justin Trudeau faced heightened political pressure this week and in the hours leading up to Canada's decision to suspend direct flights from India and Pakistan for 30 days as COVID-19 cases continue to rise in both countries.

Canadian MPs on Thursday unanimously agreed that Canada should suspend international flights from countries where serious COVID-19 outbreaks are unfolding just a few hours before the government announced its new flight restrictions.

The House of Commons adapted a motion from the Bloc Quebecois calling for flights carrying non-essential travellers from certain countries where variants have been found, such as India and Brazil, to be banned.

The Premiers said they are continuing to urge residents to stay home and avoid travel, noting how jurisdictions have implemented restrictions at the provincial land borders to discourage movement.

“… However, in the third wave, the spread of infection as a consequence of new variants of concern is increasing at an alarming rate,” the letter reads. "We are seeing a steady increase in positive cases despite the measures currently in place.”

The Premiers said they support the government’s travel restrictions, which includes pre-boarding tests for COVID-19, tests on arrival, mandatory hotel quarantine for air arrivals and a 14-day quarantine period.

However: "There is an urgent need to address issues with testing and quarantining at the borders, including falsified COVID-19 testing documentation, travellers opting [for] fines over complying [with] quarantine requirements, or travelling via private vehicle/plane to avoid quarantine, among several other areas of concern," they wrote.

"While it is crucial that the transport of essential goods is not hindered by border measures, it is likewise crucial that all non-essential travel be curtailed. The introduction of stricter measures for travellers crossing at land borders is a significant step to achieve that goal and ensure that collectively we are doing all we can to protect our citizens."

Conservative Leader Erin O'Toole also called for a temporary suspension of flights from some countries to stop variants from spreading.

"We need to move quickly to stop the new variants from entering Canada and spreading further. We must secure our borders," O'Toole told media on Thursday.

Mayor of Brampton Patrick Brown, retweeting a news story about COVID-19 cases being reported at Toronto Pearson airport, had three words to share with the public on Twitter: “Close the Airport.”

By late Thursday afternoon, Transport Minister Omar Alghabra announced that flights from India and Pakistan would be suspended for a month and that any passengers travelling from those countries into Canada, through an indirect route, will need a negative COVID-19 test from the last country they were in.

India banned international flights in March, but Canada is one of 13 nations exempted through an “air bridge” agreement between the two countries. 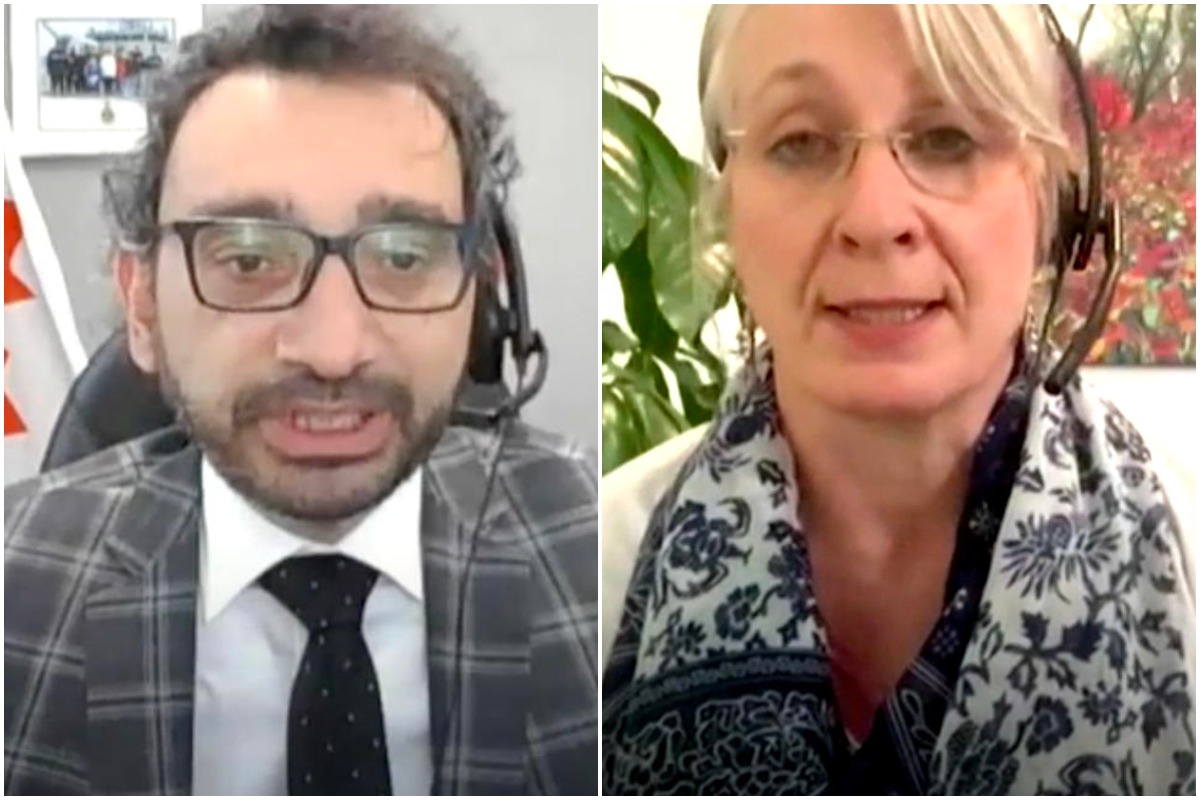 Reports indicate that a “double mutant” variant of COVID-19 is spreading rapidly in India and that it has already arrived in Canada as B.C. health officials say they have confirmed 39 cases.

A case of the same variant was also detected in Quebec this week.

According to Health Canada data, 112 international flights arrived in Canada in the last two weeks carrying at least one passenger who later tested positive for COVID-19.

"This is a temporary measure while we assess the evolving situation and determine appropriate measures going forward," Minister Alghabra said at a press conference on Thursday.

Half of the people who are testing positive for COVID-19 after arriving in Canada on an airplane are coming from India, Health Minister Patty Hajdu added.

Flights from India, however, only account for only one-fifth of air traffic, she said.

There are currently no flights entering Canada from Brazil, where another COVID-19 variant has be discovered, but Minister Alghabra said Canada "will not hesitate to ban travel form other countries" if the data supports it.