As part of the recent June 1 opening of the new Sandals Royal Curaçao, Sandals Resorts International (SRI) and its philanthropic arm, the Sandals Foundation, have joined forces with the Netherlands’ AFC Ajax team to launch Future Goals – a program that turns fishing nets sourced from the ocean and recycled plastic waste into soccer goals for children.

The partnership begins at primary schools across the Dutch Caribbean island, where MGR Niewindt College students received the first set of Future Goals last month ahead of the resort’s opening.

“When it comes to our communities in the Caribbean, we have a great responsibility to take care of our islands and our people,” said Adam Stewart, Executive Chairman of SRI. “Curaçao is a new island for Sandals and a new opportunity to expand our impact — and ‘football’ is the soul of the Caribbean. If we can give children the tools to play and in the process teach them about protecting our planet — that is a 'goal' in and of itself.”

From fishing nets to 'football' goals

Fishing nets lost at sea, also known as ghost nets, make up nearly half of the world’s ‘plastic soup’ – a term for the accumulation of waste, including plastic, that ends up in the ocean.

To help mitigate this global concern, the Sandals Foundation and AFC Ajax have tapped into local Curaçaon plastic recycling company, Limpi, whose creative approach to plastic waste recycling and product development now includes the colourful Future Goals goal posts, which are made almost entirely of fishing nets collected from the sea and recycled plastic waste.

The first phase of the partnership includes plans to outfit four dozen elementary schools throughout the island of Curaçao with close to 100 Future Goals and more than 600 soccer balls provided by Adidas, and is complemented by a unique training program with AFC Ajax coaches at the helm.

Coaches will mentor ‘Future Coaches’ recruited by the local Curaçao life skills program, Favela Street, on a robust eight-week curriculum for the children that will focus as much on technique as it does mindset in order to foster the next generation.

Overarching plans for the Future Goals program include an island-wide tournament featuring all participating primary schools, as well as expansion into additional Caribbean islands, with the program to be adapted based on the unique scope of each destination.

This includes supporting local artisans, such as Limpi, to whom the Sandals Foundation has provided the necessary equipment needed to increase their production levels. 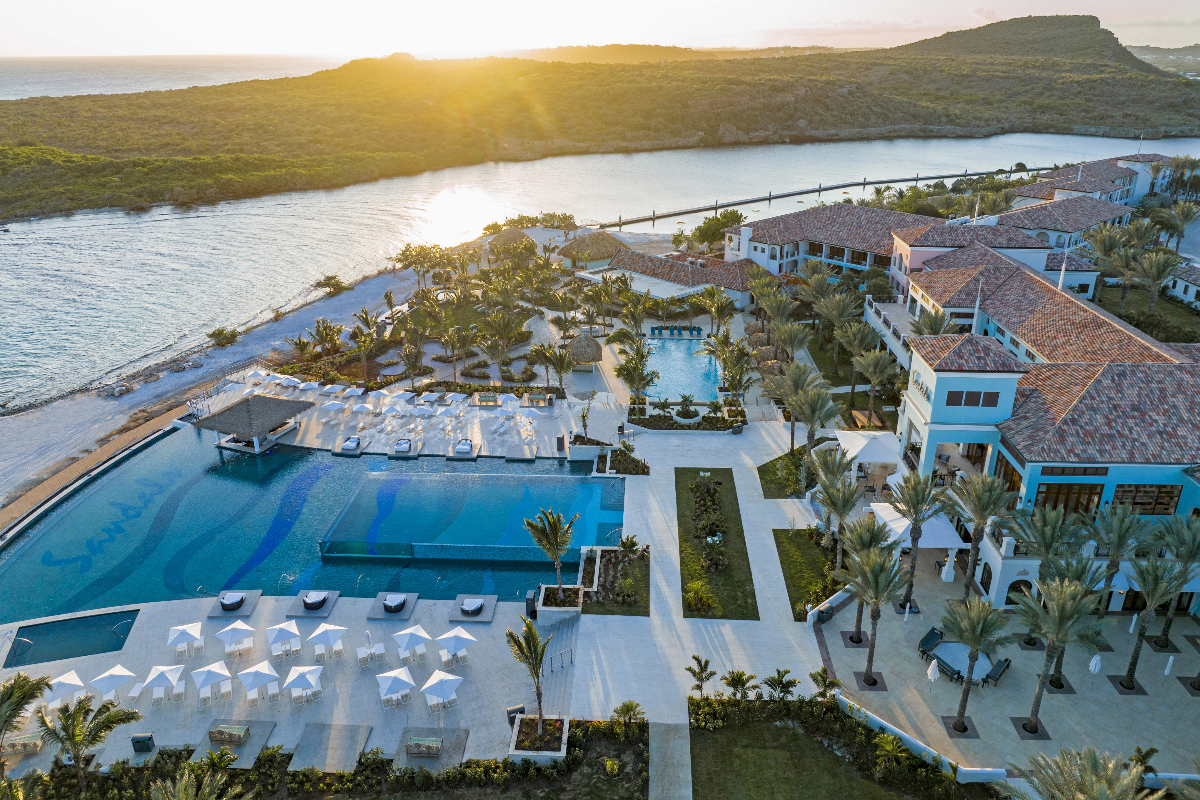 Future Goals is one of the many projects underway on the island of Curaçao for the Sandals Foundation, including beach cleanups that have helped rid the planet of over 400,000 kilograms of trash to date, and the development of a digital hiking app in partnership with IVN Tiny Forest the Netherlands to make the magic of the island’s natural resources more accessible to visitors and locals.

“Future Goals brilliantly encapsulates Sandals’ unwavering commitment to empower our islands in the Caribbean through our philanthropic arm, the Sandals Foundation, and our core pillars of education, environment and community,” said Heidi Clarke, Executive Director of the Sandals Foundation. “Enveloping ourselves in the destination was part of the blueprint as we rolled out the plans for Sandals Royal Curaçao – and this one-of-a-kind partnership with Ajax is a sign of our promise to generations to come.”