RIU has opened the Riu Jambo, its second hotel in Zanzibar.

This new hotel, an addition to the Riu Palace Zanzibar, is a large stilted structure over the sea, housing two themed restaurants and a bar, in a desired location in the north of Zanzibar’s largest island, Unguja, on the idyllic Nungwi beach.

The four-star, 24-hour all-inclusive hotel has a total of 461 rooms (93 of which are at ground level on the seafront) and sits next to the Riu Palace Zanzibar, which was refurbished in 2019.

The main building, with five and six floors, houses the hotel’s reception and most of the rooms.

It boasts a spectacular façade with murals inspired by African culture and several of its towers are crowned with masks. 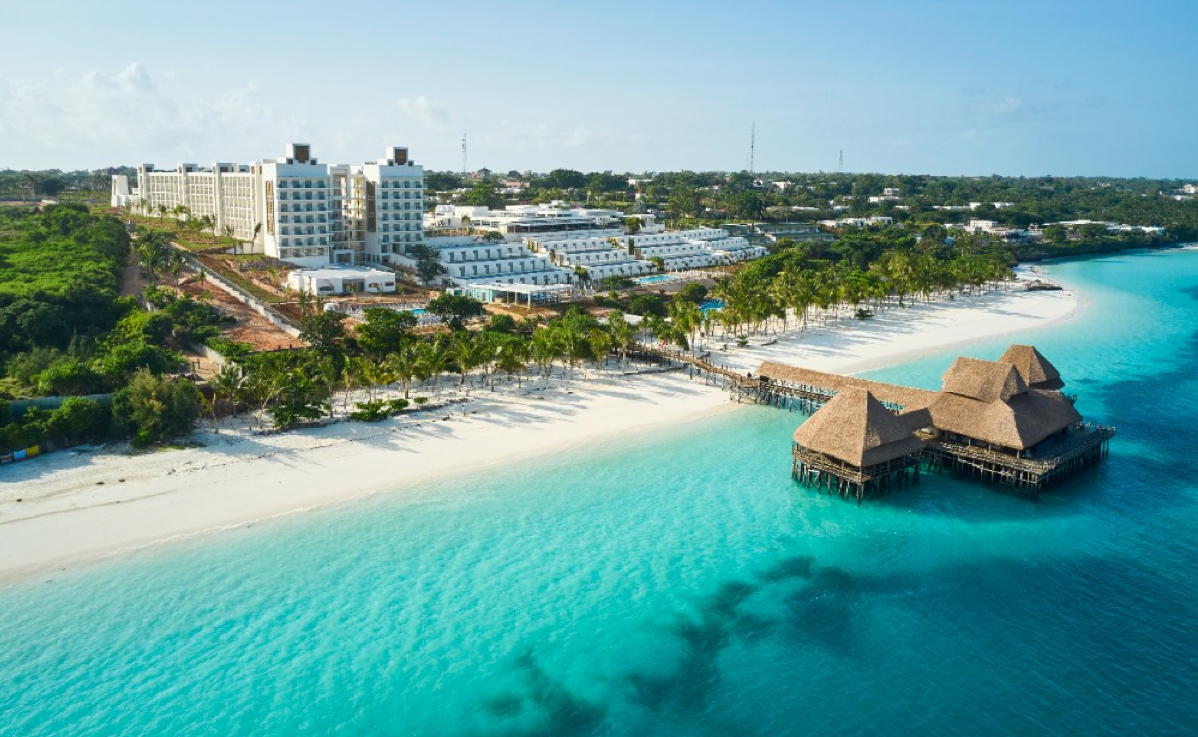 Sustainability and energy efficiency also play an important role in this building. The lobby is completely open-plan with natural cross ventilation and plenty of natural light thanks to numerous openings, which also allow customers to see different areas of the hotel and the amazing views from the moment they arrive.

The main showpiece in this area is a large skylight in the middle of the lobby. Natural materials are used in the furniture, decoration, floors and coverings alike.

The ground level rooms, decorated in earthy tones and wood, are staggered so as to not obstruct views of the surrounding landscape

The hotel has a unique dining area on a stilted structure. It is an original wooden construction that is accessed by a walkway and stretches out over the sea.

Two of the hotel’s three restaurants are located here — the Italian restaurant “il Panzotto” and the fusion restaurant “Kulinarium” — as well as the “Bahari” bar. 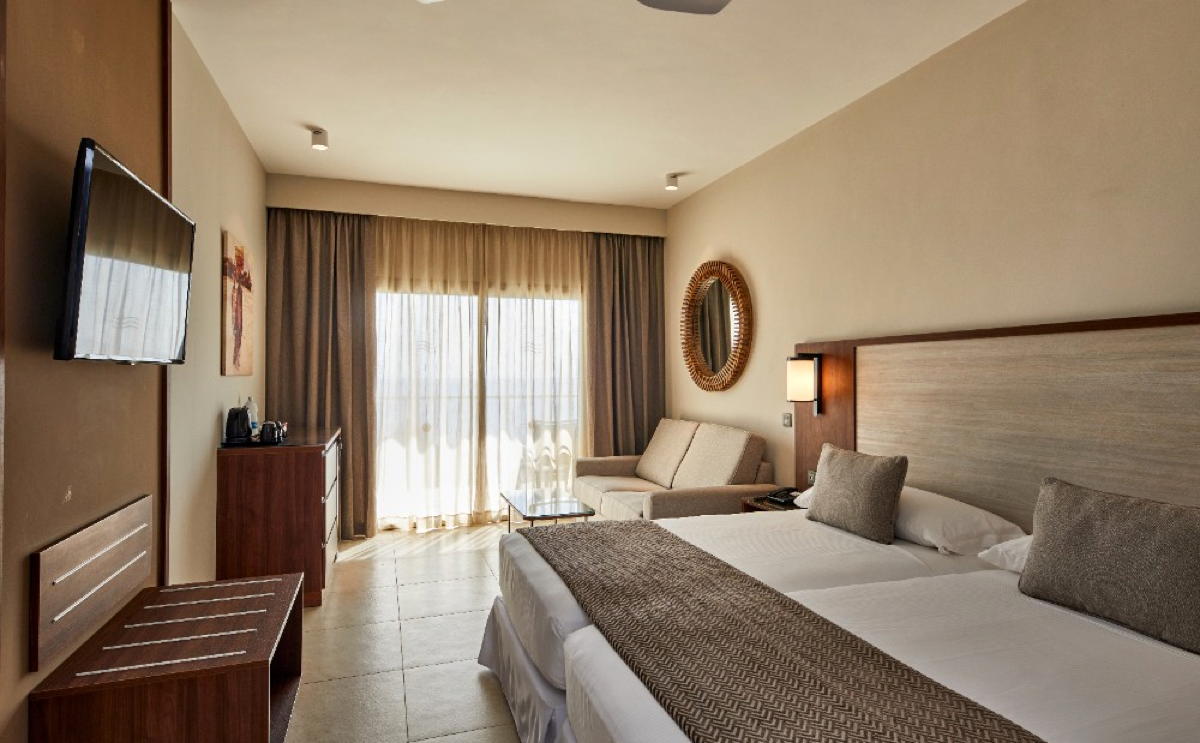 Guests will also find the “Bongo Flava” lounge bar with a terrace and the "Hakuna Matata” pool bar with a swim-up bar, as well as “Rafiki”, a snack bar on the beach.

Customers will find a total of five pools in the hotel’s outdoor areas, one of which is exclusively for children.

The property was previously home to the La Gema dell’Est hotel, which RIU bought in 2019. Certain elements of the previous hotel have been maintained, such as the spectacular stilted structure.