PHOTOS: A new Four Seasons is coming to Tamarindo, Mexico in 2021

Debuting in 2021 as Four Seasons Resort Tamarindo, México, the project will be located on a private peninsula along the Pacific Ocean in the state of Jalisco, between the towns of La Manzanilla and Barra de Navidad.

The area, known as "Costa Alegre" or "Joy Coast" is acclaimed for its picturesque beaches, lush landscape and unique topography.

"As we grow the Four Seasons portfolio in Mexico, this project in Tamarindo is the ideal opportunity to do so, offering our guests access to the natural wonder of the region, paired with Four Seasons renowned service and quality excellence," says John Davison, President and CEO, Four Seasons Hotels and Resorts. "We are fortunate to work in partnership with Paralelo 19 who have a deep understanding of the area and share our vision for creating the very best luxury experiences. Against the backdrop of this spectacular destination, we look forward to elevating the luxury resort offering together very soon."

"Four Seasons Resort Tamarindo, México, will combine legendary Four Seasons service with a tropical oasis set within a captivating landscape, tranquil beaches and rocky cliffs descending into the Pacific Ocean and adjacent to a magnificent 18-hole golf course," said Pedro Verea Hernandez, CEO of Paralelo 19. "We're thrilled to be working with Four Seasons to create a luxury destination in one of Mexico's best kept secrets." 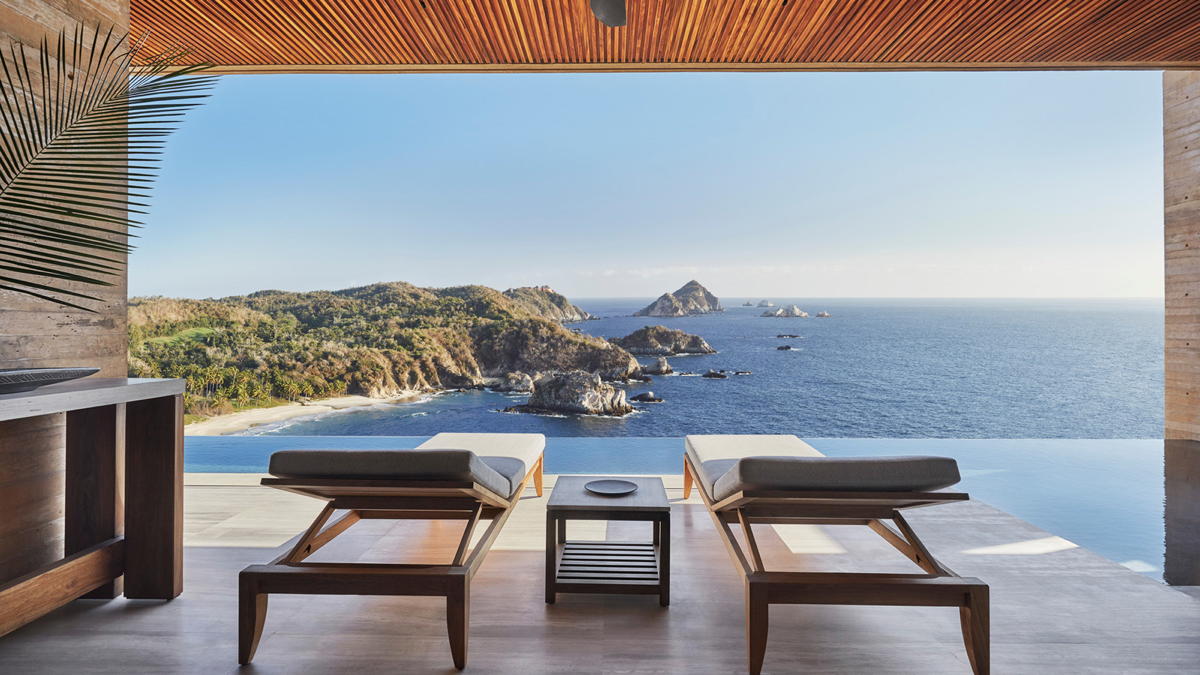 Visitors of Tamarindo will discover all that the destination has to offer, from whale watching, to exploring the local wildlife, water sports and activities, local markets, and so much more. Guests will also have access to incredible leisure and sport activities offered through the resort.

Located on an eco-reserve

Four Seasons Resort Tamarindo will be located in a protected eco-reserve 40 kilometres (25 miles) north of the Manzanillo Airport.

Most of its 155 rooms will boast exceptional panoramic views of the Pacific Ocean, enveloped by the surrounding jungle and lush golf course. The contemporary architectural and interior design by the firms of Legorreta + Legorreta and Taller Mauricio Rocha + Gabriela Carrillo will blend with the natural surroundings and showcase local materials and textures. 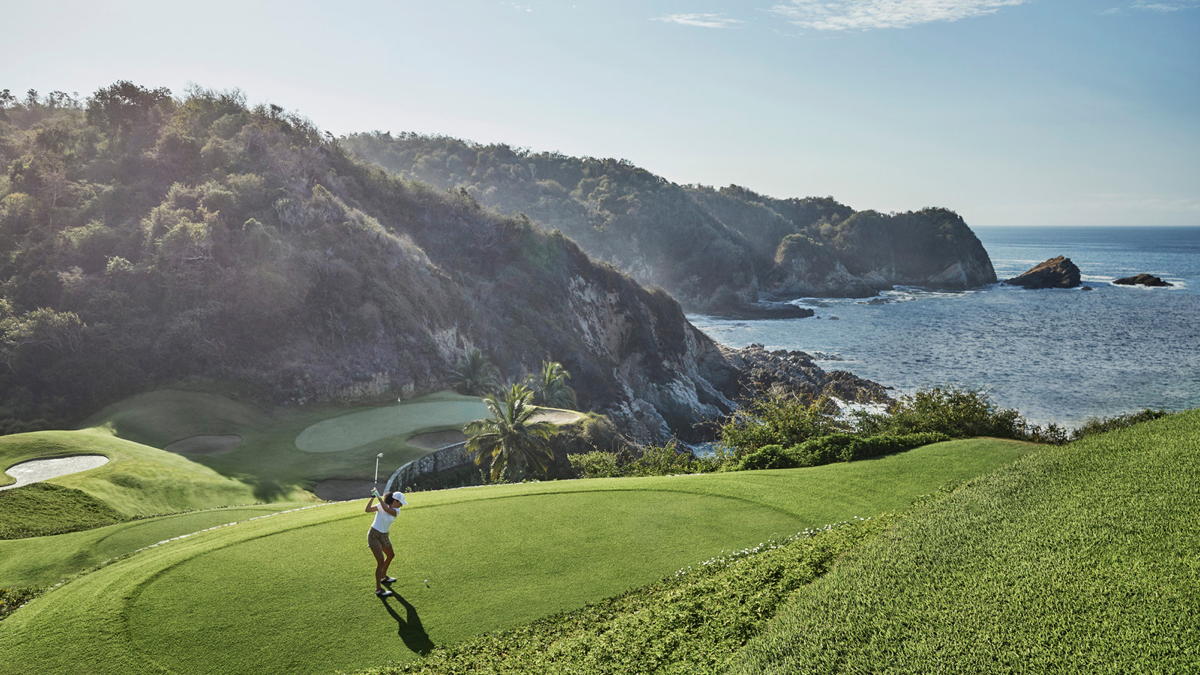 The Resort will be part of the 2100-acre (849 hectare) El Tamarindo master planned development featuring multiple beaches with multiple private coves. The development will be built to take advantage of elevations ranging from sea level to approximately 120 metres (394 feet) above sea level providing breathtaking views of the landscape, golf course and ocean.

Accommodations are well suited to both adult travellers and those visiting with children.

The resort will offer four dining and beverage venues, including an ocean view bar and restaurant, beach bar and grill and golf club restaurant. The grounds will also feature three pools, a full-service spa set amidst a tropical forest and a fitness centre, young adults centre and lounge, water sports centre, tennis courts and 4,000 square feet of meeting space. 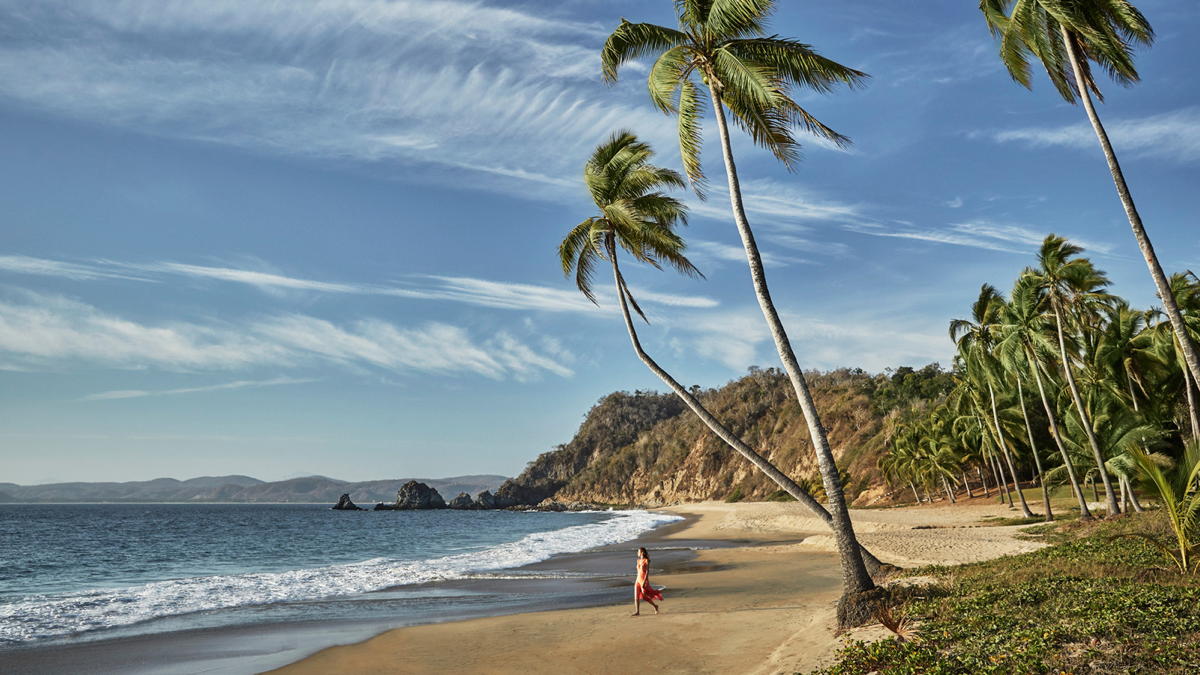 The property will be led by Four Seasons veteran of more than 25 years, Felix Murillo.

The property is located only 40 minutes via car from Manzanillo International Airport, where there are daily flights from Mexico City as well as direct flights during key dates from the United States and Canada.