More Accor hotels for Canada. All-inclusive Fairmont resorts around the world. And a big push for sustainability.

Accor hotels held its general meeting in person at the fabled Fairmont San Francisco this week, from July 19-21, and it was like old times.

Industry types and sponsors, including Air Canada, Switzerland Tourism and the city of Vancouver, were treated to a fabulous, festive week that included classical musicians, dancing dragons, a Chinatown dinner, wine tasting in Sonoma, tours of Alcatraz and a “Summer of Love” final party.

Of course, there was plenty of serious business to conduct between buyers and sellers. And plenty of interesting commentary about the present state and future of Accor hotels and the travel industry as a whole.

Speaking to media from Canada and around the world, Mansi Vagt, global vice-president Fairmont Brand, said Accor opened an MGallery Hotel inside the Belmont Hotel in Vancouver late last year.

She also said there are big plans for a new spa centre at the Fairmont Chateau Lake Louise. 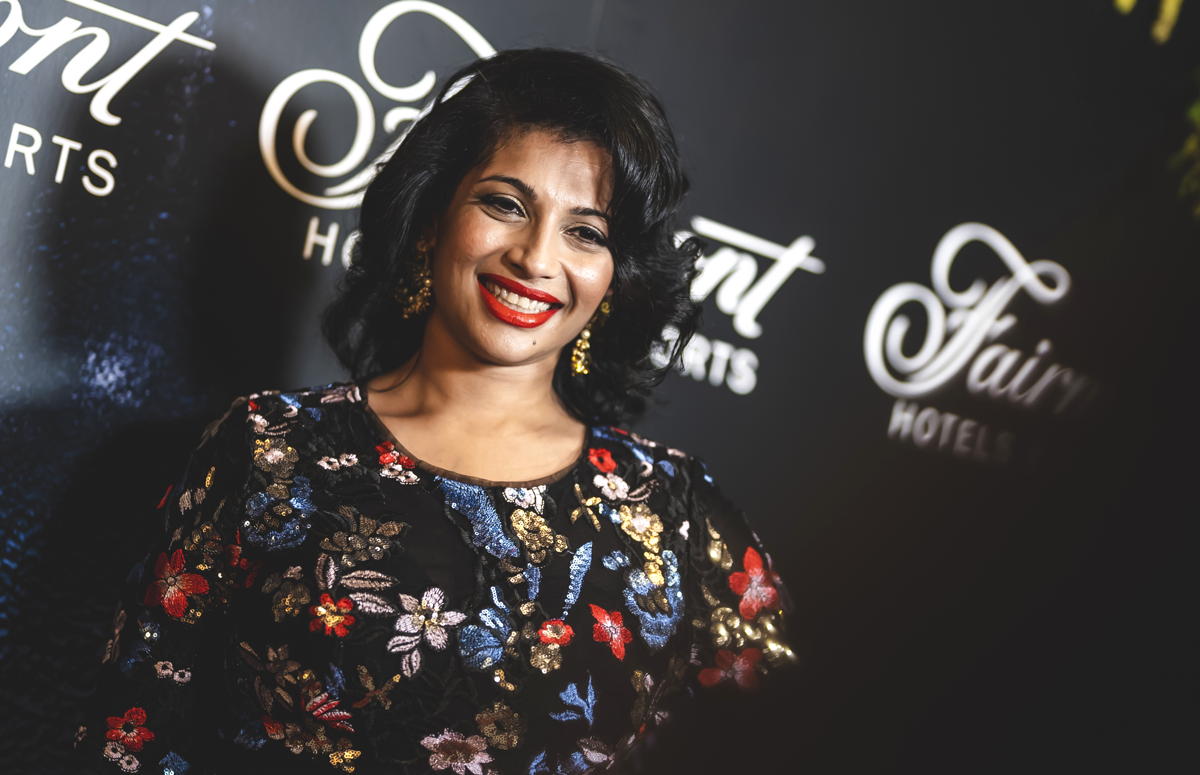 Vagt said she couldn’t reveal specific plans, but that two more projects are in the works for Canada.

Given the growth in Accor’s boutique and luxury/lifestyle brands, it wouldn’t be a surprise to a property like MGallery in another Canadian city.

Speaking in a virtual presentation on Thursday (July 21), Accor Global CEO Sebastien Bazin said the group could use more hotels in North America.

But officials this week outlined several Accor properties in the U.S., including a new Raffles coming to Boston. It’ll be the first Raffles brand hotel in the United States.

There’s also a new Fairmont coming to Orlando, and there have been major recent renovations, including the venerable Fairmont Century Plaza in Los Angeles, which is stunning. 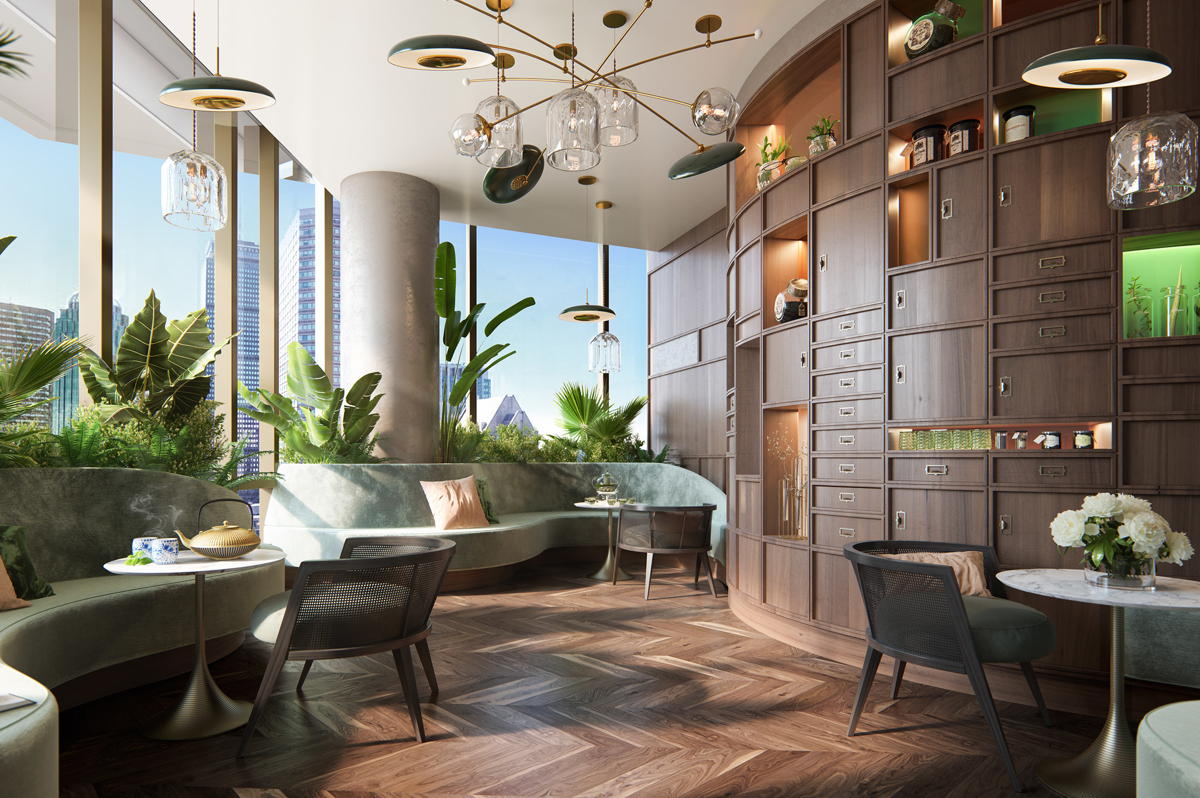 Vagt said two more Fairmonts are being built in Morocco, as well as hotels in Prague and Tokyo.

There’s also the Fairmont Windsor Park in west London, which is now open and is said to have the largest spa in the United Kingdom, a new Sofitel in Mexico City and a Sofitel Legend in Panama City. Significant renovations are being done to the Fairmont Southampton in Bermuda, too, officials said.

All told, 26 Fairmont hotels should be built in the next three to five years, said Vagt.

“I’ve been with Fairmont for 15 years and I’ve never seen growth like this,” Vagt said.

One surprising development this week was the announcement that Accor is getting into the all-inclusive resort business, with plans for 100 properties around the world in the next few years.

They’ll carry a variety of brand names, including Fairmont, Sofitel and Swissotel. 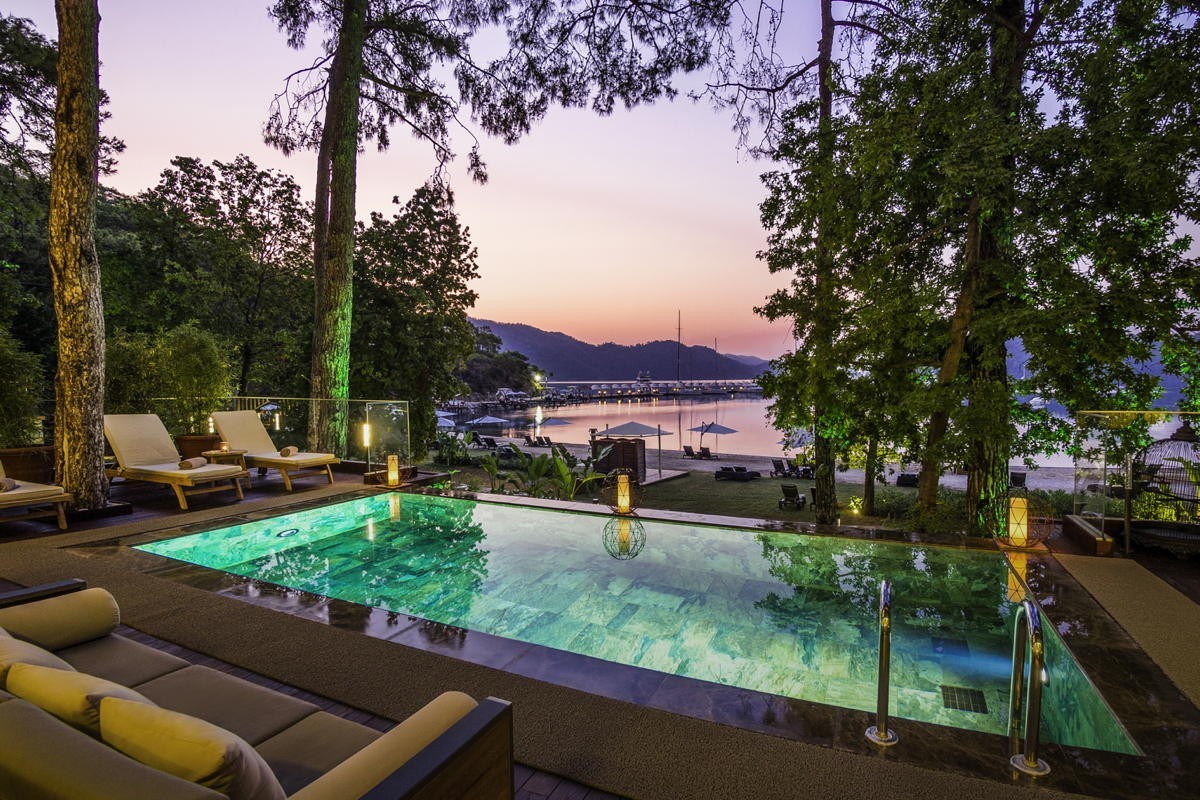 Rixos originated out of Turkey and all of their properties are all-inclusive.

“There can be a negative perception to all-inclusive. It’s sort of like, ‘It’s all-inclusive but only at the buffet restaurant and only from 6 to 8 a.m. and if you want a glass of wine, you’re going to have to pay extra for that.’”

But that’s not true for Rixos.

“When you go to Rixos it’s all included,” Keller said. “Every restaurant, every drink is included.”

Keller said there is a premium market for all-inclusive “that doesn’t require Accor to compete at the bottom.”

Loyal Accor customers might want to try something new, he said, while non-Accor travellers might be tempted to try Fairmont or Sofitel if they have all-inclusive properties.

Keller said all-inclusives could be quite attractive for families of business travellers, who wouldn’t have to worry about the cost of a meal outside the hotel.

He also said Accor all-inclusive will feature top-notch entertainment for adults and kids. 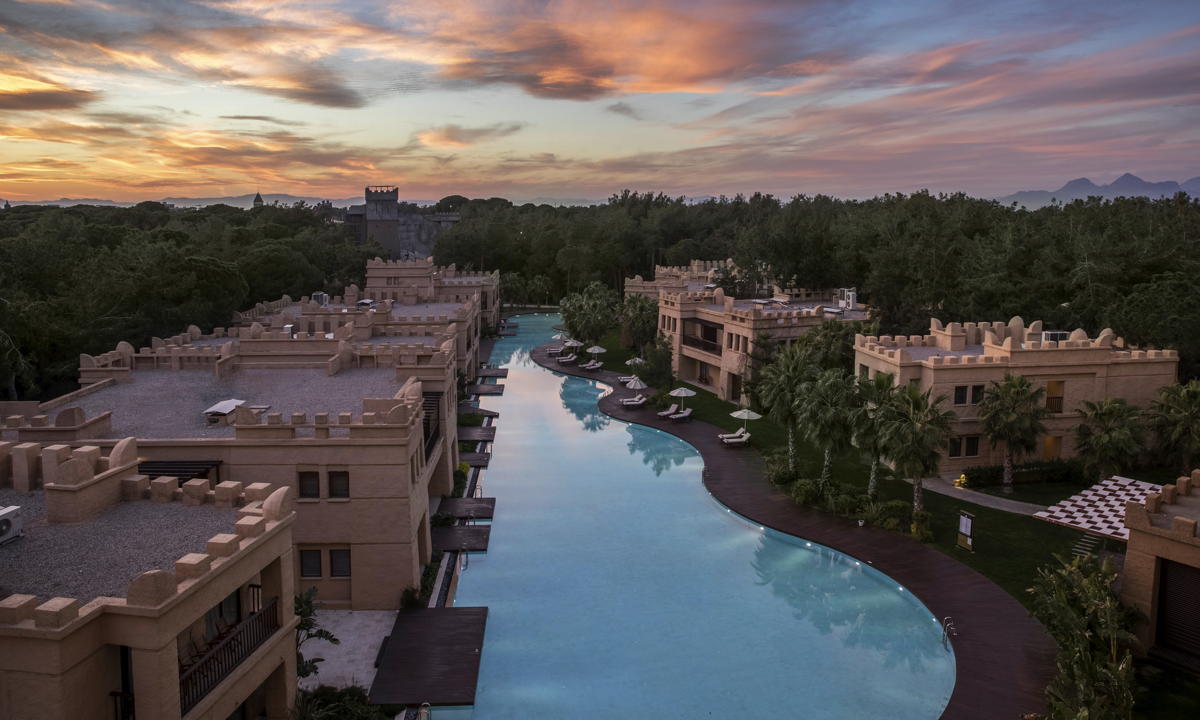 “It has to feel Fairmont,” said Vagt. “It has to feel like ‘I’m coming to this property because I either have a relationship with Fairmont’ or it’s a new guest that wants that style and level of luxury in an environment where everything is taken care of; the kids, the food, the entertainment, the wine, and you really feel this elevated sense that, ‘When I check out, what’s that (the bill) going to look like.’ You know what you’re getting.”

Vagt said Fairmont already has all-inclusive packages at some hotels, including the Mayakoba in Mexico.

Speaking after the press event, Keller said all-inclusive resorts could be built in places such as the Middle East, the Caribbean and Asia.

One of the things Accor is most excited about is the Orient Express train, which should debut in 2024.

Keller said heritage trains will run to destinations such as Istanbul, Split, Venice and Paris.

There were 13 brands in Accor eight years ago. There are now 43, and there’s an entire division called Ennismore that includes luxury/lifestyle brands.

Not only that, Accor is now the second largest operator of world luxury and lifestyle brands, behind only Marriott, Keller said. 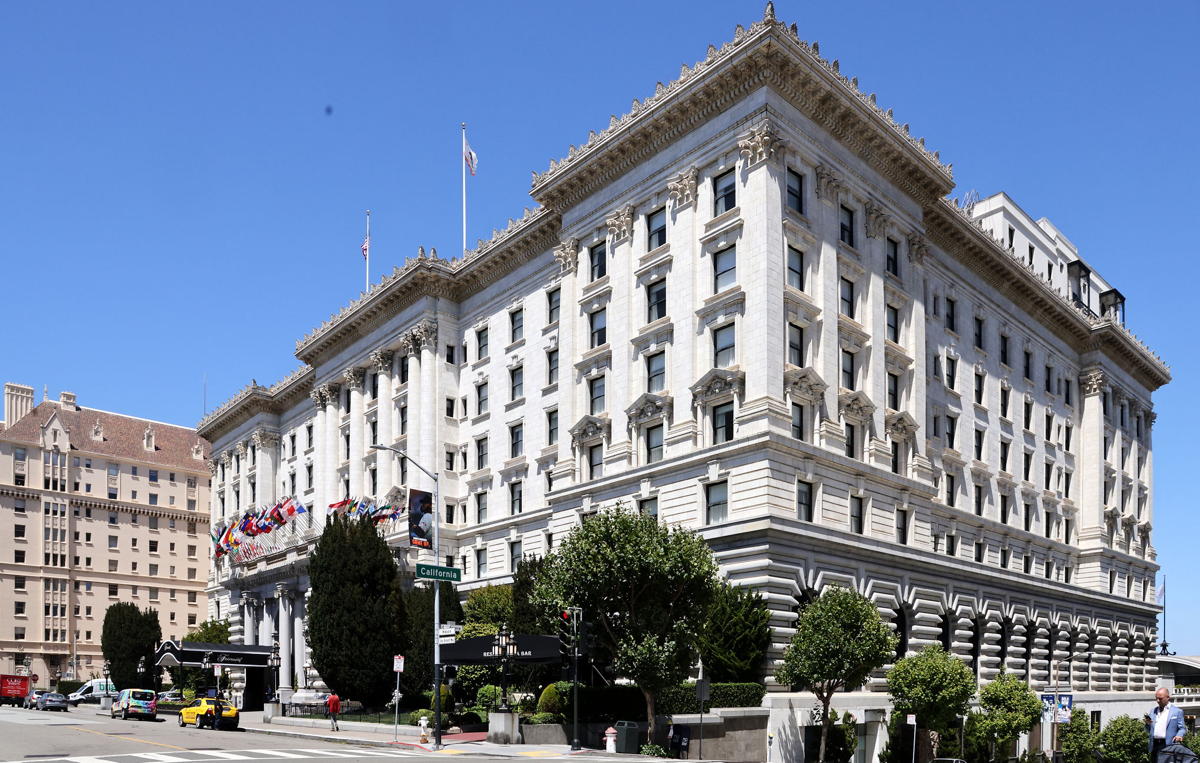 Accor also has increased its footprint outside of Europe. Only 26 per cent of their properties were non-European in 2013. Now, 61 per cent are outside Europe.

International is obviously more complicated…but the small meetings market has been quite strong in North America and Europe, he said.

Accor officials across the board said “bleisure,” the mixing of business and leisure, has become a huge factor in the hotel industry. 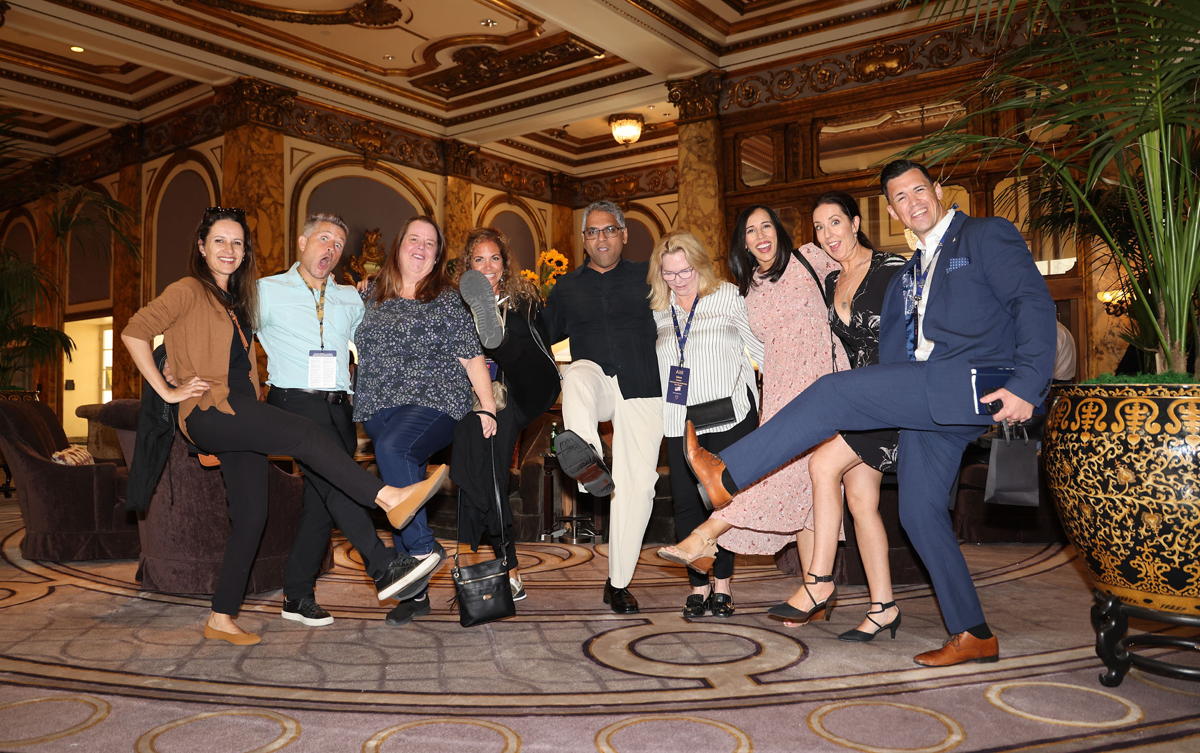 Freitag said leisure travel is quite strong in North America, while group business is pretty good and business travel still slow. Hotels in big U.S. cities are seeing a lot of business go to smaller centres, he said.

Asked if that’s true about Canada, he said it seems to be the case, but that he hears Toronto is doing better lately.

Freitag said there were two million hospitality workers in the U.S. in 2019. There are now 1.7 million, which means 300,000 Americans have left the industry.

“Wages are up but we’re still not getting them back, because Amazon is hiring, too.”

Freitag said hotels have to do more with less; perhaps changing opening hours, having robots vacuum public spaces overnight, or having staff tidy a room each day versus conducting a full cleaning.

“Working in the hospitality industry is special. Maybe we haven’t done enough to accentuate that,” Doane said.

Bazin said the days of people working 20 years for the same hotel are over, and that workers today don’t want to put in more than three days a week.

It’s a nightmare for human resources planning, and it means a ton of training has to be done.

“But we now put sustainability at the heart of everything we do,” Poirson said.

Poirson said Accor was the first hotel group to commit to net zero carbon emissions by 2050.

They also will eliminate single-use plastics at all their hotels by the end of this year.

Emlyn Brown, global vice-president wellness for Accor, said four of five hotel guests now say they want to lead a healthier lifestyle. Accor is bringing wellness programs to all their properties, including lower-priced hotels such as Ibis.

Not only is that a point of differentiation for their hotels, but guests expect it, and wellness clients spend 55 per cent more at a hotel than “regular” customers, he said.

Keller said he thinks slow travel is a huge trend.

Business travellers want to take an extra day for leisure, maybe bring their family or take the train instead of a plane.

“People want to absorb more culture,” said Brown. “For a lot of people, travel was like consuming junk food. You lose the wonder.”

Jim Byers is a veteran travel writer and former Toronto Star travel editor. He is heard regularly on CBC, CTV and Global News.