PAX gets a first-hand look at recovery of Cuba's Cayos

Cuba’s hotels are hard at work to reopen next month, with properties in the Cayos looking to welcome guests by Nov. 15.

At the invitation of Transat and the Cuban Ministry of Tourism, PAX took part in site inspections of properties located in the Cayos region – including Cayo Coco, Cayo Guillermo and Cayo Santa Maria – affected by Hurricane Irma last month. The photos that circulated just after Hurricane Irma, in early September, were devastating for the image of the destination. Debris in the lobbies of hotels, broken roofs, palm trees on the ground. At the beginning of September, many people said that Cuba would have a hard time recovering in time for this year’s winter travel season.

However, with tourism playing such a vital role to the country’s economy, Cuba was determined to ensure it would be ready for travellers.

"If the hurricane had done this kind of damage in another Caribbean country, the work would last more than a year," explains Manuel Marrero, Cuba’s Minister of Tourism. “The government's priority was recovery. We did that for 40 days. We are very proud to have accomplished what we have done. All hotels will be open for Nov. 15. I made that promise to Canadians. It is a guarantee." The fervor of hotel employees in the Cayos has to be seen to be believed! They greeted us with big smiles, sometimes even with a few tears. Carmen Casa Sanchez, director of tourism for Cuba in Montreal, has not been able to hold back her tears many times.

"I had seen a lot of pictures. Although my family and colleagues reassured me of the situation, I was concerned,” she said. “Going home in this context was very moving." The Cuban people did not back down in the face of adversity. From the waiter, to the housekeeper, to the hotel managers, all have contributed to the rebuilding, with one purpose: to welcome tourists as quickly as possible, under similar conditions, or even better, at the same time.

"After the hurricane, we had no choice but to work hard to put a better product in the hands of our customers," said Alexis Trujillo, deputy minister of tourism. How are they poised to achieve this feat? Through the overflowing optimism and hard work of the Cubans. While dozens of new hotels were under construction in these areas, the government decided to suspend their construction, reallocating all materials and reassigning hundreds of workers to each hotel.

We started our itinerary at Jardines del Rey Airport, located in Cayo Coco. Transat had chartered a private plane to get there because commercial flights have not yet resumed.

The images of the airport, where the interior was gutted by the strong winds, had been seen around the world. On Thursday, we landed safely on an operational runway. Painting is still underway inside the airport, which will officially open and will see its first commercial flight (non-Canadian) land on Nov. 1.

The other photo that had touched the whole world showed two dead flamingos. On landing, we could see hundreds of hundreds of flamingos flying from our plane, like a pink cloud, when we arrived at the Jardines Del Rey airport. The vegetation has gradually regains its exuberance and greenery. Just after the hurricane, no more leaves remained on the mangrove trees. Today, we can see that the leaves have started to grow back, helped by rain and tropical temperature.

Coconut palms have also suffered. Some had been previously pruned to have more chance to resist the wind, while others fell. Time, once again, will do its work.

The roads of Cayo Coco have not been damaged, nor even the pier between the main island and the cayo, so the whole destination is accessible. Without going into detail, we can say that each hotel has suffered more or less from the violent winds. Wooden buildings, such as ranchons, beach bars and palapas, have had to be completely rebuilt or are in the process of being rebuilt. Most false ceiling lobbies lay on the ground, the pools were filled with sand and debris of all kinds after the passage of Irma. For many, this work has been an opportunity to improve the product. For example, the Melia Cayo Guillermo has been refurbished and now sports beautiful white facades, instead of its faded blue.

At Pestana Cayo Coco, they took the opportunity to repaint the interior of the rooms, said one worker, originally from Quebec. "We are making improvements that the regular guest of this hotel will notice," said Yves Leprohon, in Cuba for 17 years. At Melia Jardines del Rey, they decided to build 200 extra shading units to the existing 600.

There’s many examples of these improvements in every hotel, whether it's a new restaurant, replacing the air conditioning units or a new coat of paint.

Here are the details of the opening dates of Cayo Coco and Cayo Guillermo hotels:

Transat has announced the resumption of flights and operations from Montreal to Cayo Coco on Nov. 15. From Toronto, the first flight will take place on Nov. 17.

The situation in Cayo Santa Maria has been more complicated for one major reason: the road linking the main island to the various cayos was cut off at three locations, preventing access for the workers. "For 11 days, we used our catamarans to transport the workers," says Carlos Latuff, president of the Gaviota tourism group.

The road was then partially repaired and reinforced, allowing small cars, then buses, to cross the many bridges.

At Melia Las Dunas, hotel director Laurent Labal took advantage of the complete closure of his hotel to add some welcome improvements.

"In the lobby, we made a change of decoration. By the end of the month, 300 rooms will have been completely repainted with new colors. We also changed the air conditioning in all the restaurants as it was a problem." At Valentin Parla Blanca, the wind did not leave any leaves on the trees. And yet, during our visit, we could see shrubs in bloom and gardens garnished. Here, the hurricane brought them more sand on the beach. At Dhawa Cayo Santa Maria, they extended the wi-fi coverage of the lobby to the entire hotel.

Of note: the Cayo Santa Maria hotel park is newer than Cayo Coco. The infrastructures, which are stronger, have therefore suffered a little less.

Here are in detail the opening dates of hotels in Cayo Santa Maria:

Transat has announced the resumption of flights and operations from Montreal to Cayo Santa Maria on Nov. 11. From Toronto, the first flight will take place on Nov. 14.

Everything rolls in Varadero

We spent our third day in Varadero, where it is "business as usual." The hurricane also hit the peninsula, but with less intensity, with guests enjoying the hotels and beaches. The very positive aspect is the gain of almost 10 meters in width for many beach sections of the peninsula. At the Iberostar Bella Vista, opened last May, it was necessary to completely redo the lobby and the top floor.

At Melia Marina Varadero, where 400 guests remained confined in a conference room, only a few traces of the hurricane’s destruction remain. Even the vegetation does not seem to have suffered too much. "I was pleasantly surprised, especially in the cayos. Yes, they repaired the damage, but they also took the opportunity to speed up the renovation plan,” Boisvert said. “I was really impressed by the Melia Cayo Guillermo, a rejuvenated and up-to-date product. In Cayo Coco, the hotel park was older, so the change is really impressive. In Cayo Santa Maria, there were fewer products to renovate, as the hotels are newer. In Varadero, there have always been customers, it has not stopped."

"The first tourists to the Cayos will receive a big welcome! People are so fond of receiving them! They will benefit from an extraordinary human experience, rich in post-hurricane stories.”

With Canada representing more than 40 per cent of Cuba’s tourist arrivals, the return of Canadians to Cuba this winter is of the utmost importance, said Marrero.

"It's no coincidence that my first official trip after Irma was to Montreal and Toronto," the tourism minister recalled. “We are two countries destined to work together. We value Canada and the best way to help Cubans is to come as a tourist to Cuba. " 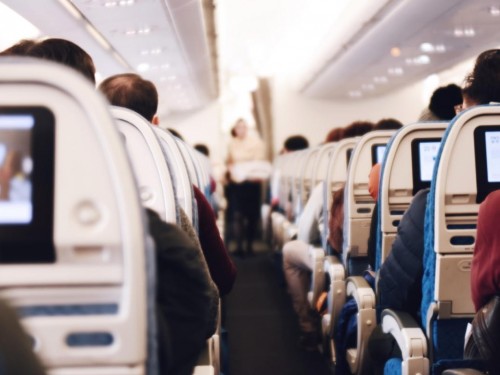 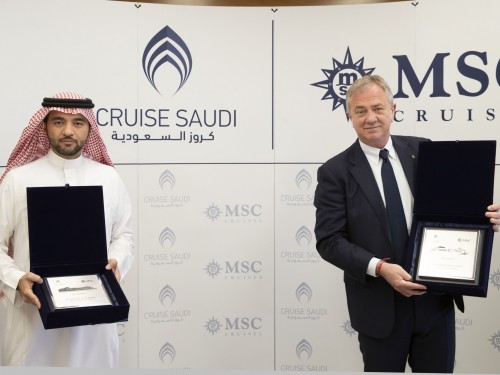