Prince Harry and Meghan Markle tie the knot in May 2018, but as any well-seasoned traveller knows, the cost of airfare to London will only go up from here in anticipation for the big day.

Hotels across the country are booking up fast, as wedding fever from local Brits and tourists alike continues to mount. If the wedding is anything close to the spectacle that Prince Charles and Princess Diana’s, or Prince William and Kate Middleton put on, the streets of London will be packed.

The wedding of Prince Harry and Meghan Markle is set to take place on Saturday, May 19, 2018 at St. George's Chapel, Windsor Castle.

For visitors to London hoping to catch a glimpse of the celebrations, the following hotels are close enough to get in on a piece of the action:

It doesn’t get much better than a three-minute walk to Windsor Castle! TheSir Christopher Wren Hotel and Spa, located on Thames St. at the edge of the river, is a four-star hotel that encompasses the heart of Windsor. Guests can enjoy dining on the Thames River, a free full English breakfast every morning, and fantastic amenities like the outdoor sauna. The hotel has eight different types of rooms, ranging from traditional suites to individual apartments. All rooms are decorated with a modern touch, and feature free WiFi and Nespresso machines. Some of the rooms in Windsor House offer spectacular views of Windsor Castle, which means you’ll at least be able to see the fanfare, if not the soon to be royal newlyweds on their big day. Depending on which footpath you take, guests of the Charles House hotel can get to Windsor Castle in just 10 minutes. Located on Arthur Rd., this hotel is actually a cozy guesthouse with four rooms—all named after various members of the royal family, of course. Unlike some of the bigger hotels in the area, this one operates more like a bed and breakfast, and has been organized to make guests feel at home in London. The Charles House even has a special Windsor Castle Package that lets guests explore the grounds, so you can see exactly where the royal couple will be on May 19. The MacDonald Windsor Hotel is only five minutes away from the Windsor Castle, and has several great tourist attractions along the way, like the Theatre Royal, Windsor and the Queen Elizabeth Statue. The hotel itself is a four-star luxury property done in a contemporary townhouse setting featuring 120 luxury rooms. Steps from great shopping and local scenery, the MacDonald Windsor Hotel also features fine dining options, and is a short 20-minute ride back to London Heathrow Airport. The Castle Hotel Windsor is right beside the MacDonald Windsor Hotel, separated by a brief one-minute walk! Another boutique hotel, the Castle Windsor Hotel is located on High Street, and has been around since 1528, where it began as The Mermaid Inn! At almost 500 years old, this property has some incredible history, making it one of London’s most popular places to stay. All of the rooms were renovated in 2015, and although Castle Hotel still plays on its historic architectural elements, cozy luxury amenities like fluffy bathrobes, Nespresso machines, free WiFi, and Egyptian cotton sheets make this a one-of-a-kind experience—just like the royal wedding itself! The Harte and Garter Hotel and Spa, owned by the Clarion Collection, provides rooms that look right over the Windsor Castle. The property is actually two old 14th Century inns combined, making it one of the most exquisite and historical attractions in Windsor. Traditional British fare is served in the hotel’s restaurant, as is High Tea and champagne breakfasts. Guests of the Harte and Garter Hotel and Spa can choose from 98 ensuite bedrooms, and there’s an option to upgrade your room for a view of Windsor Castle. The hotel is only a five-minute walk away from Windsor Castle, meaning it’s equally close to some of the most famous attractions in the area.

The best part? This hotel is having a January sale, offering 25 per cent off the room rate for a standard double or twin room booked between Jan. 1 to Dec. 31, 2018! 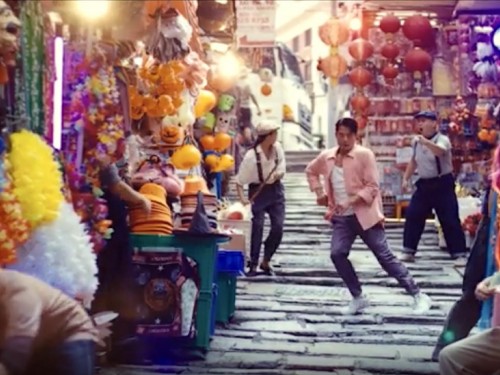