Silversea’s new ship Silver Moon is one step closer to welcoming the cruise line’s guests, having successfully carried out her sea trials between Aug. 8-20.

Carrying a reduced crew of approximately 320 due to precautionary health protocols, the ship journeyed between Fincantieri’s shipyards in Ancona and Trieste, Italy, undergoing a week-long dry-dock period in the latter.

With a delivery date set for October 30th, Silver Moon will become the second ship to join Silversea’s ultra-luxury fleet in 2020, following the delivery of Silver Origin on June 3. 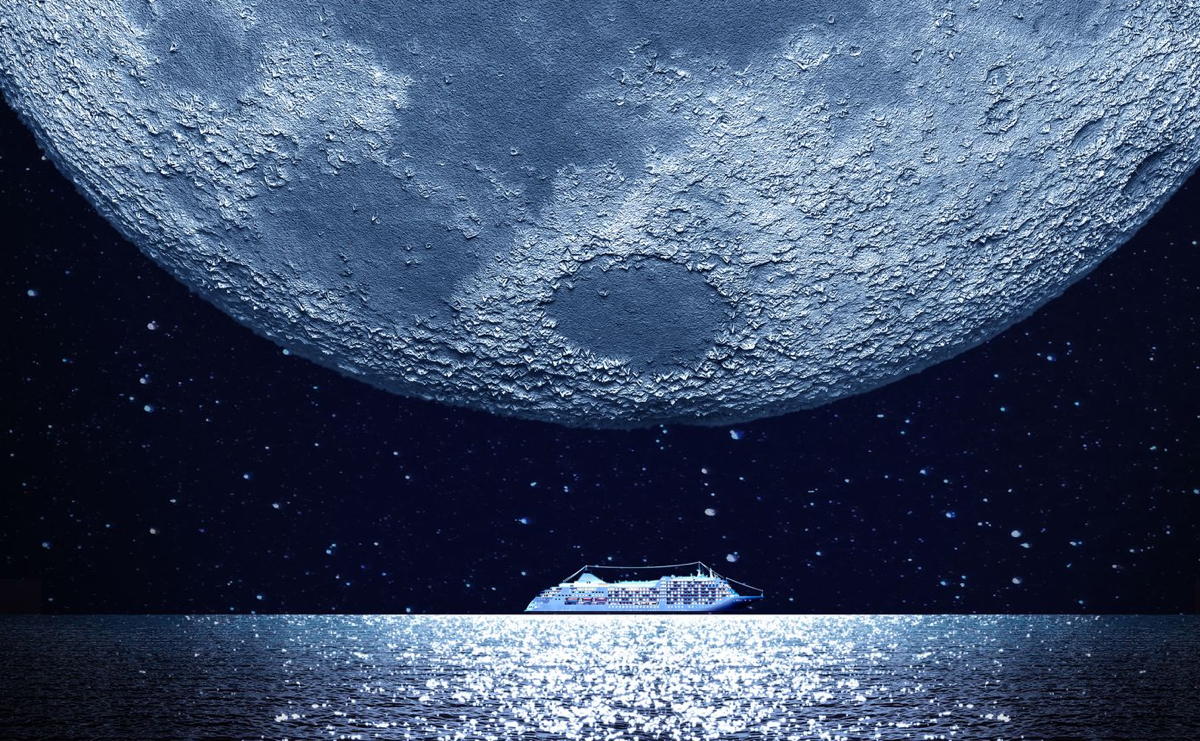 Silversea’s senior officers, external engineers, and representatives from both Fincantieri and the Royal Caribbean Group put Silver Moon through a series of preliminary tests in the Adriatic Sea - including noise, and vibration tests - for three days from August 8th.

Once Silver Moon was out of the water in Trieste, stability tests were performed; public spaces were inspected; and engineers applied the finishing touches to the ship’s exterior, including the cleaning and painting of the hull, and the polishing of the ship’s brass propellers. Secondary tests, including speed tests, were then carried out on the return sailing from Trieste to Ancona.

Work has now recommenced on the ship’s interior, ahead of the vessel’s official delivery in October. 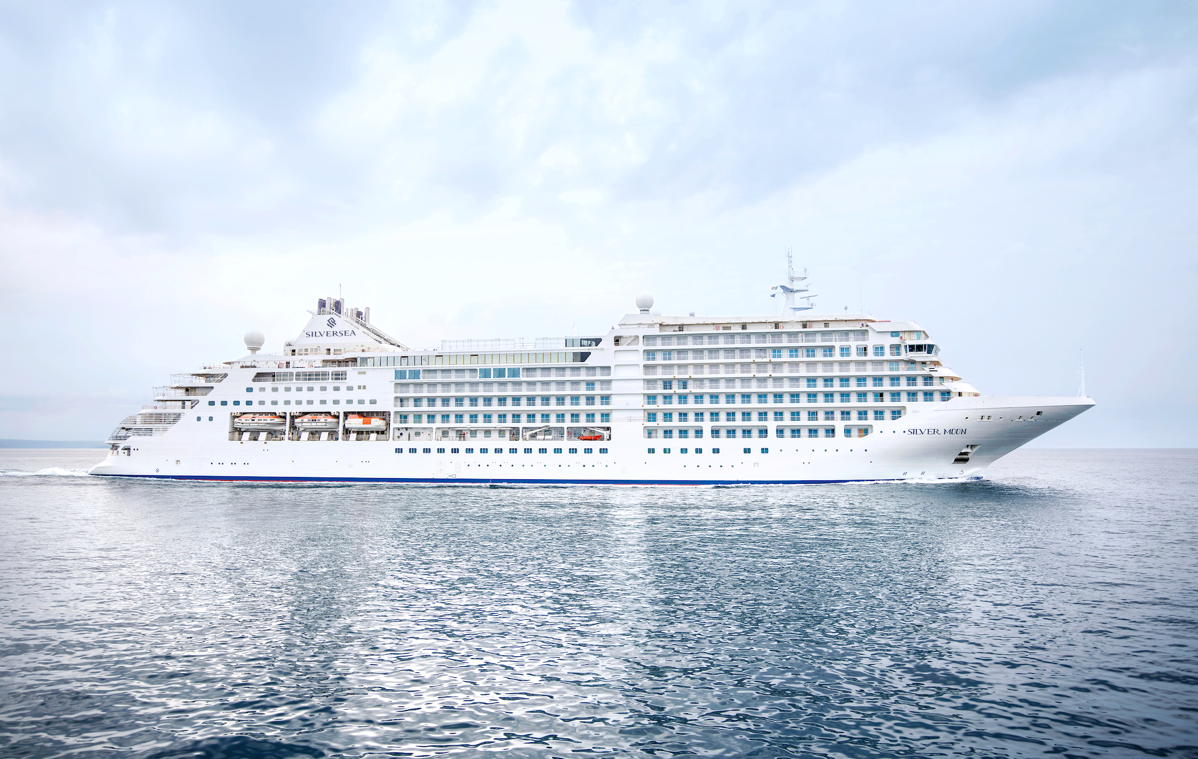 During the peak months of Silver Moon’s construction in Ancona:

With over 20 years of experience at Silversea Cruises alone, Captain Alessandro Zanello was at the helm for the launch of Silver Moon’s sister ship, Silver Muse, back in 2017, and was also present for the sea trials of Silver Spirit in 2009.

"The sea trials themselves felt special, indeed, and were held in unique circumstances. Enhanced health and safety protocols were in place, including temperature screenings, physical distancing, and the wearing of face coverings both on the ship and in the shipyard. Meal hours were extended and we ate with fewer people in the restaurant," stated Zanello. "...The ship is coming on nicely and she really is looking spectacular. This is a momentous occasion for all of us; we have worked very hard to reach this point."

Promoted to the position of Chief Engineer aboard Silver Spirit in 2017, Guido Capurro participated in his first sea trials with Silversea aboard Silver Moon. 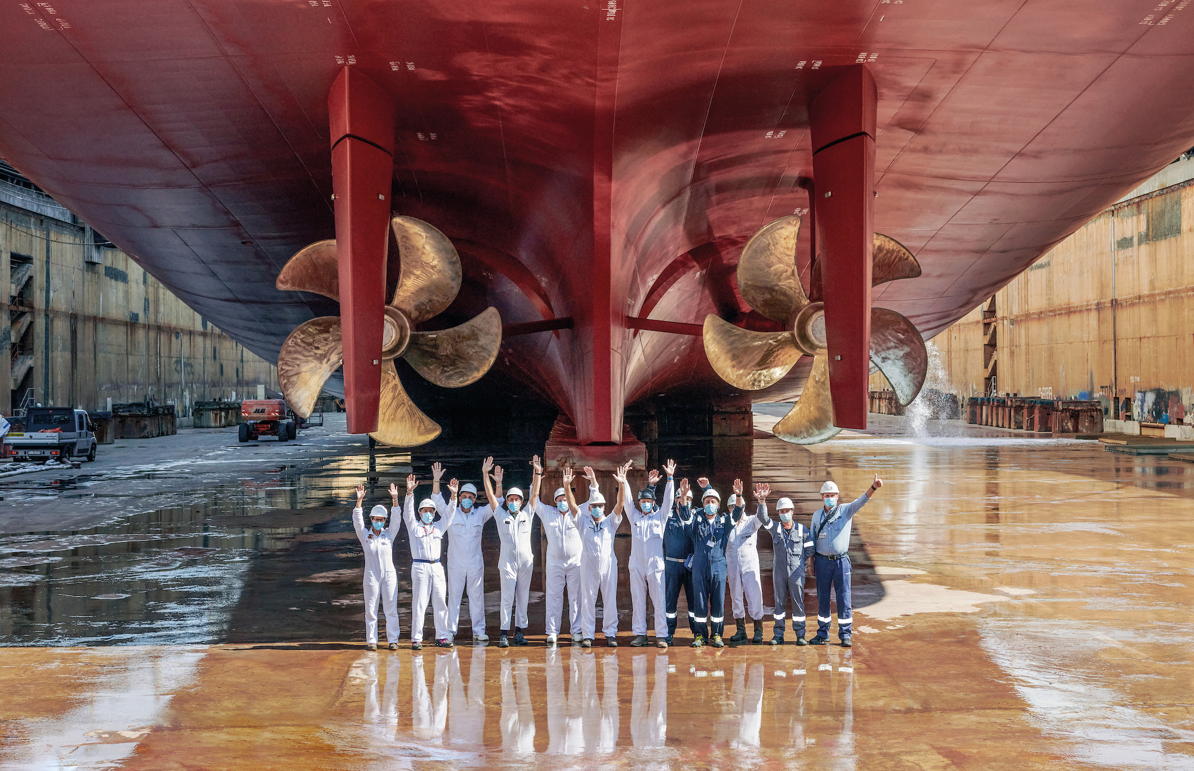 Not only is Capurro responsible for the operation of the ship’s main and auxiliary engines, but he also directs the onboard technical department, with responsibilities that include air conditioning, plumbing, lifeboat engines, and launching apparatus.

“...Everything went really well and the ship's responses exceeded expectations," stated Capurro. "I was thrilled to see the ship's propellers out of the water once again, as they were polished during the dry-docking period in Trieste. The better they are polished, the better the ship’s performance. The hull was painted with a special antifouling with a very low roughness, which is an important task in optimizing the performance of the ship.”

The son of a Captain, Hotel Director Paolo Percivale proudly participated in the launch of both Silver Spirit in 2009 and Silver Muse in 2017, before bringing his expertise aboard Silver Moon. 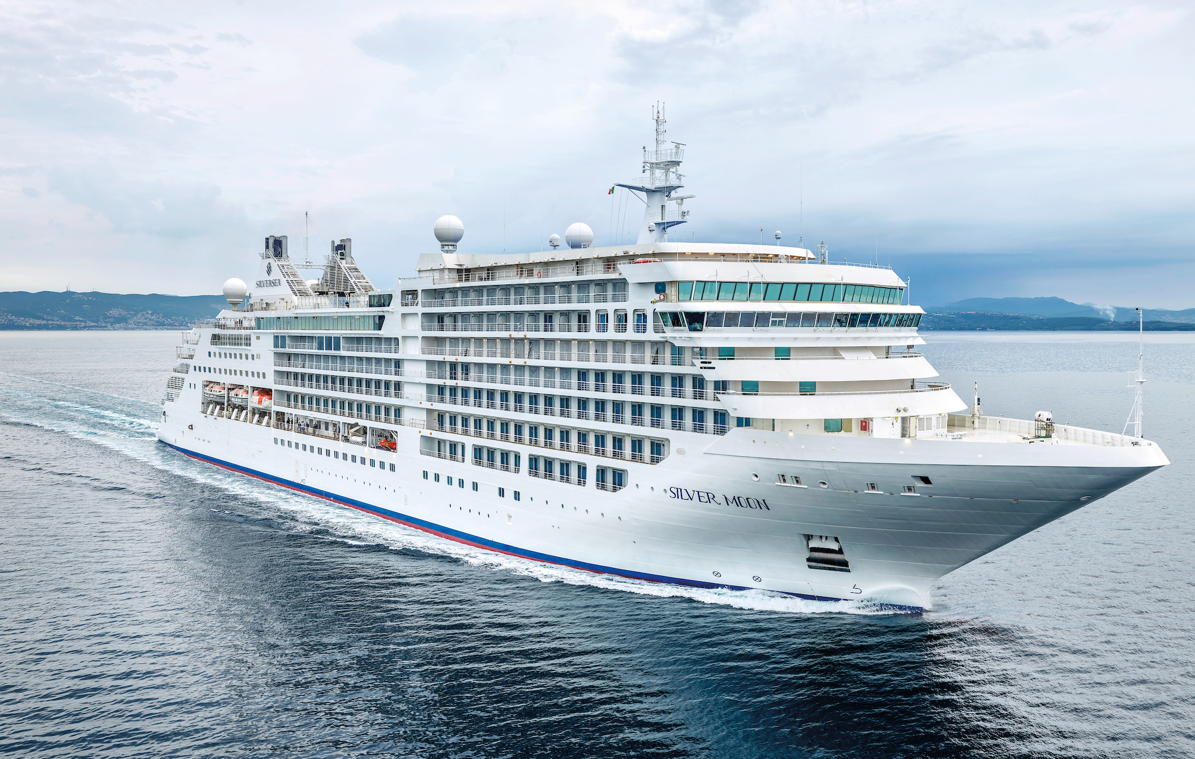 As Hotel Director, he will oversee the entire hotel operation on board, managing a team of over 350 crew members to deliver exceptional service to Silversea’s guests.

“... It’s great to finally see Silver Moon nearing completion and to experience the various enhancements we have made from Silver Muse. In the Dolce Vita Lounge, for example, a beautiful bar has been installed as the space’s focal point, while La Dame Restaurant has been enriched with hand-crafted Lalique crystal panels. All public areas and suites are looking remarkable – I just can’t wait to welcome our guests on board, enjoying these new atmospheric venues. I am especially excited to see the reactions of our guests to our inspiring new S.A.L.T. program, and our new S.A.L.T. venues, which is sure to be more than positive. She is a beautiful vessel, indeed," stated Percivale.

Giovanni Stecconi, Director of Fincantieri’s Ancona shipyard added: “We look forward to celebrating that momentous occasion together with Silversea, a cruise line whose growth we have contributed to with pride and determination, thanks to ambitious projects such as the ‘Muse’ class, of which Silver Moon is a part.”

“Silver Moon will be an innovative addition to our expanding fleet of ultra-luxury ships. Building on the success of our beloved flagship Silver Muse, Silver Moon will push boundaries in travel to unlock meaningful experiences for our guests around the world. Our pioneering new S.A.L.T. program is just one way in which travellers will delve deep into destinations, and I look forward to personally welcoming our guests aboard Silver Moon in the near future," he stated. "...The fact that our beautiful Silver Moon nears completion, despite such challenging circumstances, is a testament to the exceptional resilience and expertise of all involved in her build. For this I am very proud.”