Sailing to “places where nobody has been before:” cruising, the French way, with Ponant

“We want to give you all the tools and truth about a destination,” said Frédéric Jansen, a global sales ambassador for Ponant. “This is our job: to make you ambassadors of the people you are visiting.”

Jansen and a team of associates hosted travel agents and trade media Thursday (Oct 17th) for lunch at Toronto’s George restaurant to discuss all things Ponant, a French cruise company that specializes in luxury polar expeditions, having sailed to the region more than 350 times.

“The destination is the destination,” Jansen told PAX, describing a typical Ponant cruise.  “Whatever we’re going to organize will be around the destination. When you get off a Ponant ship, you will be ambassador of the region.” 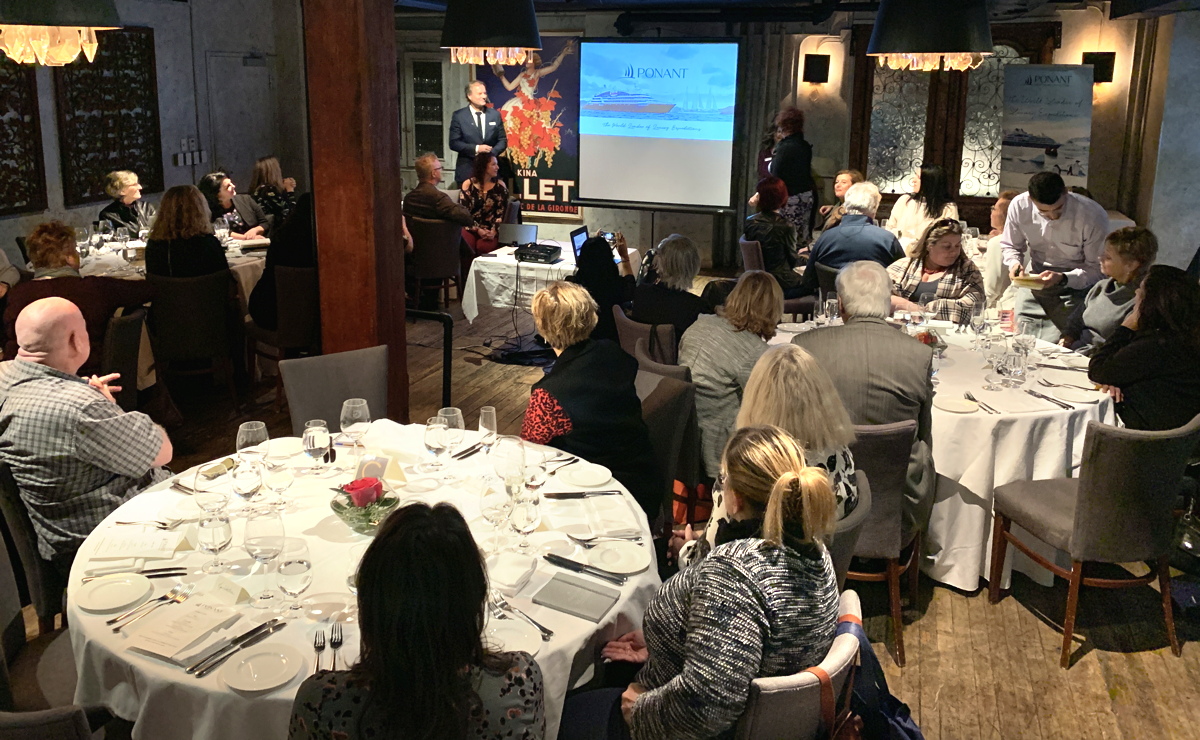 The goal behind Ponant, which was founded in 1988 by Jean Emmanuel Sauvée and a dozen officers from the French Merchant Navy, is to sail to “places where nobody has been before,” Jansen told PAX.

This is aided by the fact that Ponant ships are small and boast eco-friendly technology, allowing vessels to access untouched regions where others cannot.

The whole experience is also enhanced by a team that’s connected to some of the world’s most remote communities.

For example: last August, a Ponant ship visited an Inuit community in Greenland – an itinerary that was organized with a local village in advance.

And part of the deal was to invite the local Inuit community to “visit our village” in return, Jansen said.

“So they came on board,” Jansen explained. All 170 of them, including children, which Jansen said was an experience like none other.

“We do things in a way that is more spontaneous and natural,” Jansen said, noting that a Ponant itinerary could be changed instantly if, for example, local wildlife suddenly appeared in the waters or at shore.

“If there’s going to be a nice sunrise, we will wake you up,” he said. “Whatever we’re going to do, it’s about bringing you the best.” 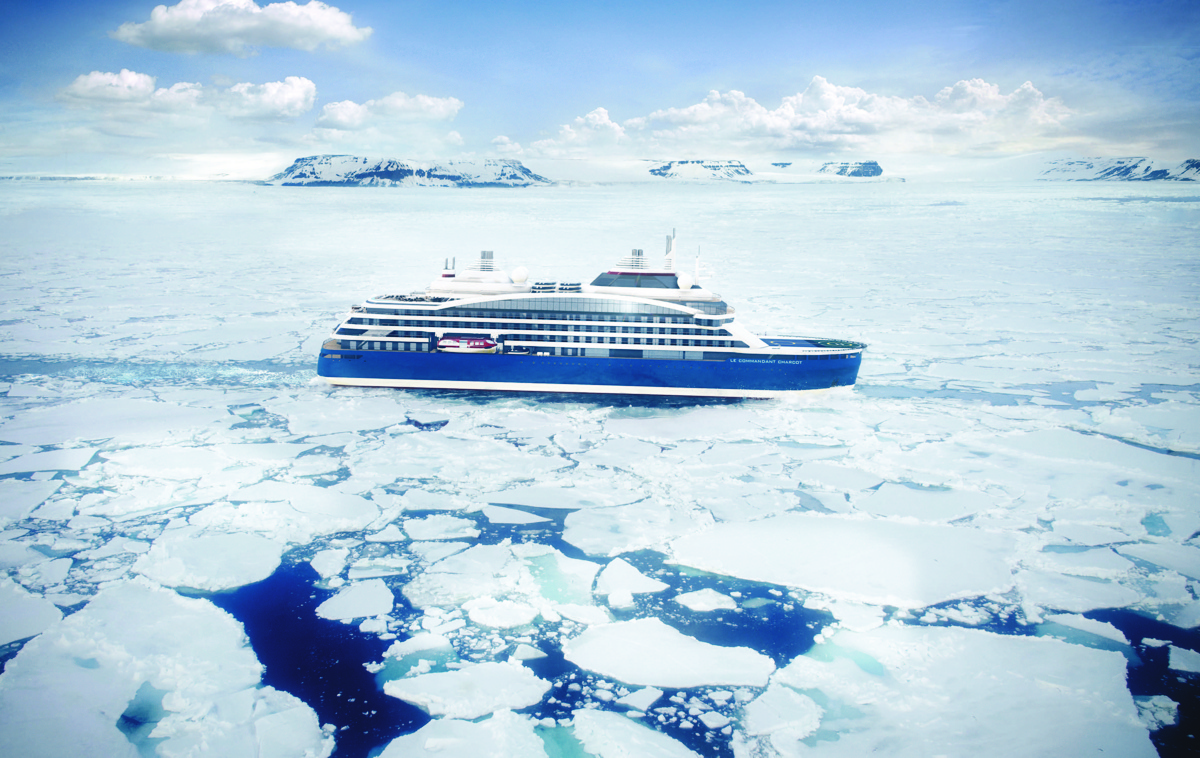 “We cover the world”

But bucket-list polar expeditions are just one piece of the Ponant pie.

“We cover the world. Our ships are constantly moving around the globe,” Theresa Gatta, vice-president sales for North America at Ponant told PAX. 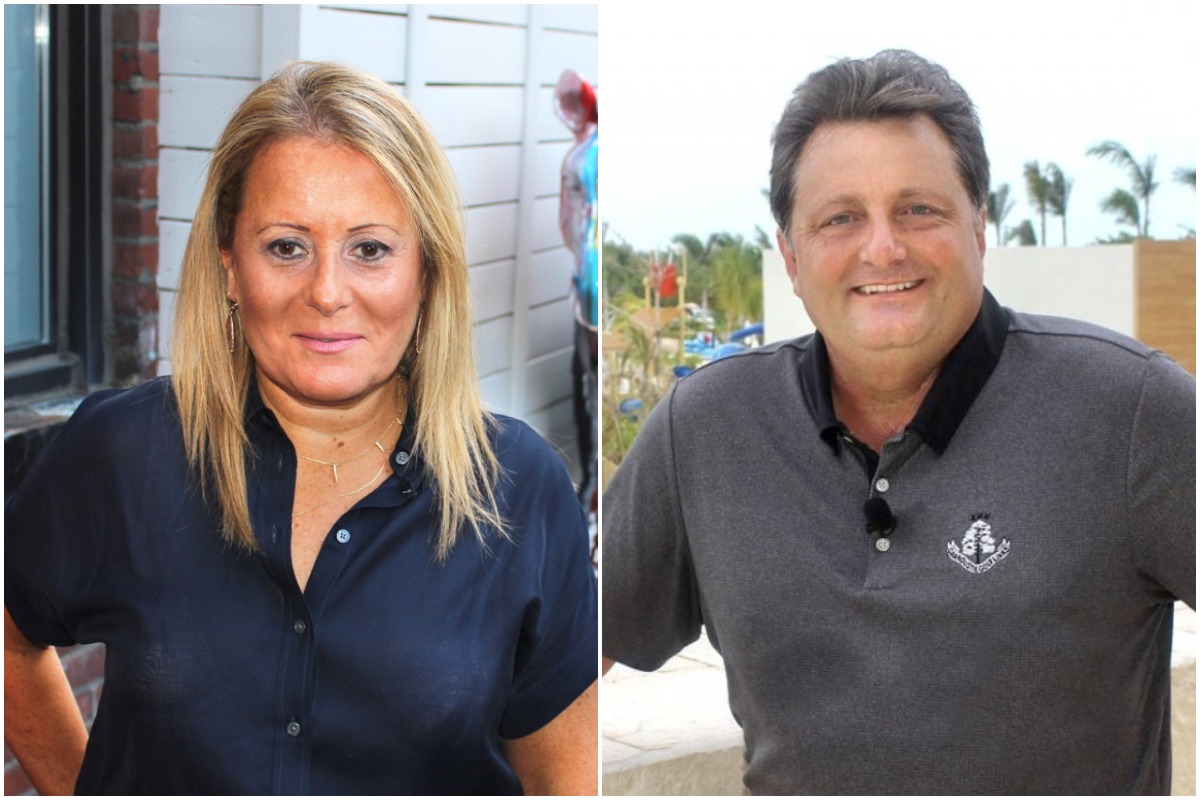 Ponant – pronounced “poe-naw” with a silent “t,” like the word “croissant” – sails to all seven continents, and ships are known to maintain five-star service, even when sailing through extreme conditions.

In addition to polar expeditions (which includes accessible shore excursions via zodiacs), the luxury cruise line offers traditional cruising, too, from prized regions, such as The Kimberley in Western Australia to even remote areas in South America.

Guests can also expect to learn a lot while on board. 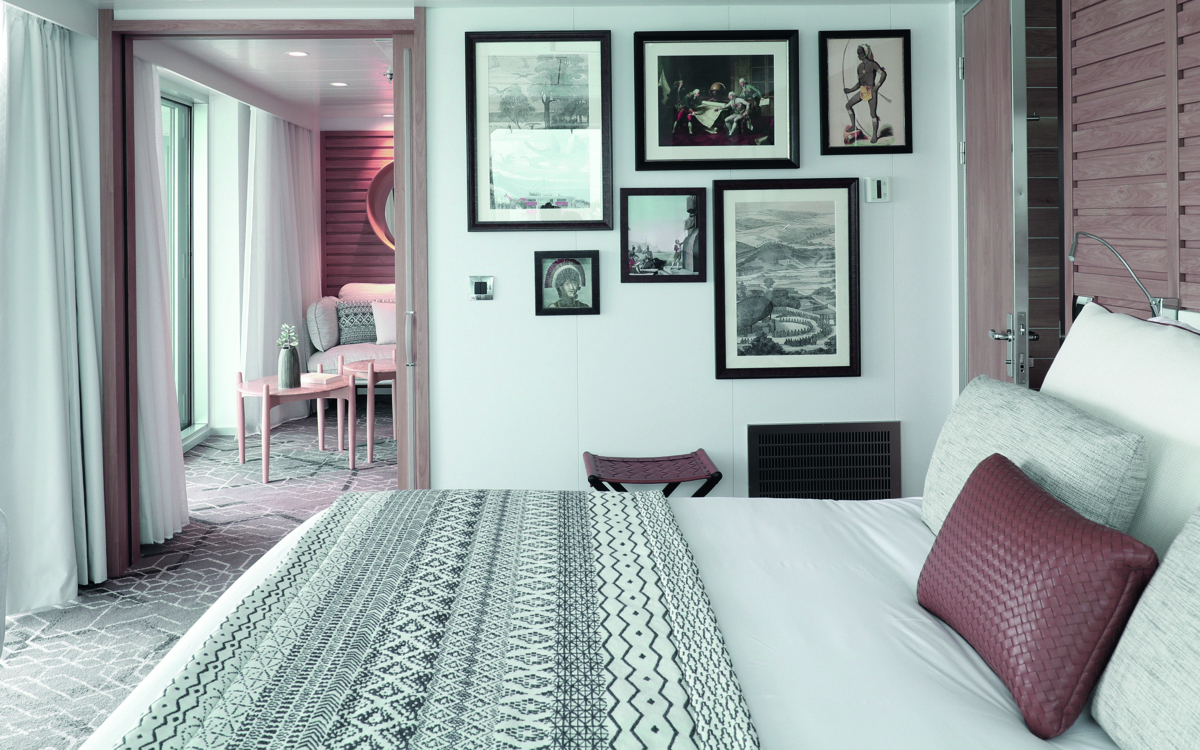 The brand’s Quintessential Collection voyages, for example, are designed for travellers who wish to “engage with the world in order to better understand it.”

These packages offer themed-itineraries that dig deep into specific subjects, such as the “Epicurean Delights of Southern Italy and Sicily cruise,” which focuses heavily on food and wine, or “Celebrate American Composers with the Boston Pops,” an eight-night itinerary that starts in Montreal and ends in Boston that features musical experiences curated by conductor Keith Lockhart.

Ponant cruises may include expedition leaders, such as José Sarica, a cetology (whale) expert who has a PhD in Marine Biology, or Mick Fogg, a wildlife photographer.

Ponant is currently expanding its portfolio of yacht-style, all-inclusive vessels with the launch of six new Explorer ships through 2020.

The ships will feature just 92 cabins, each offering a terrace.

In 2018, Le Lapérouse and Le Champlain were released, followed by Le Bougainville and Le Dumont d’Urville this year. Next year, in 2020, will see the release of Le Bellot and Le Jacques Cartier. 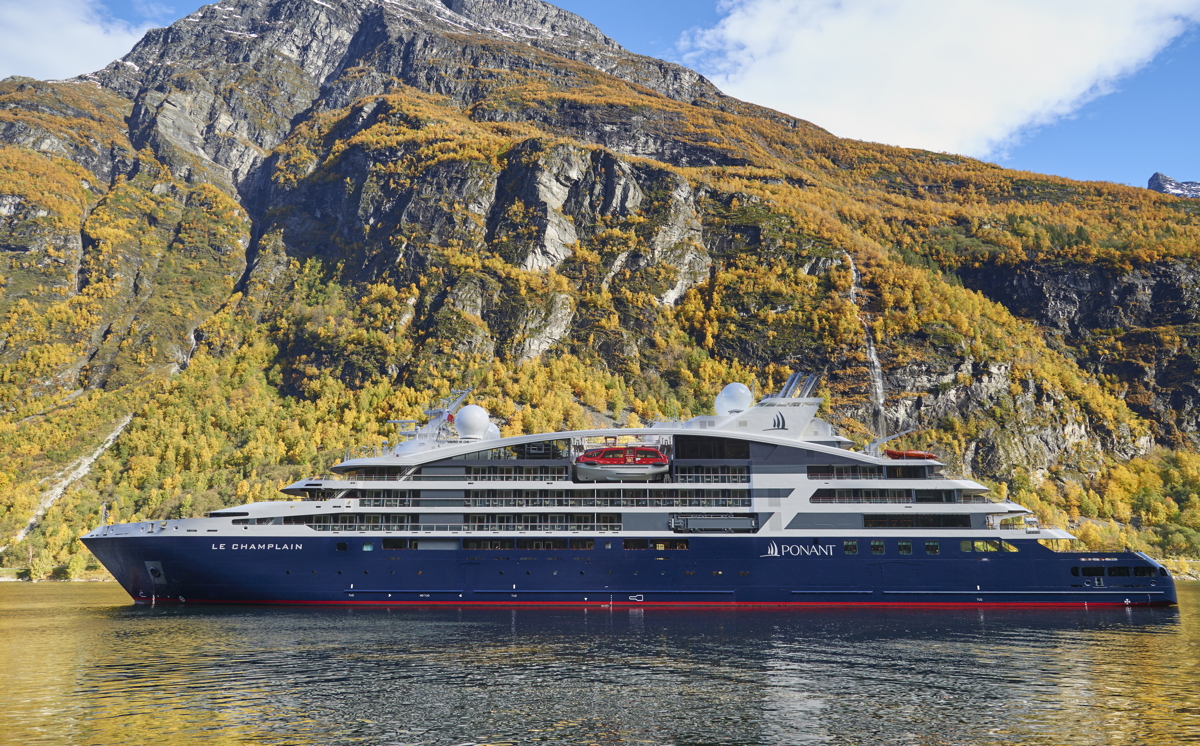 The modern ships give new meaning to the word “immersion” with the introduction of the “Blue Eye Lounge,” an interactive and undersea glass space – an industry first – that allows guests to become one with the underwater world.

“There’s microphones on the outside that bring the sound in,” Gatta told PAX. “It’s a beautiful experience.” 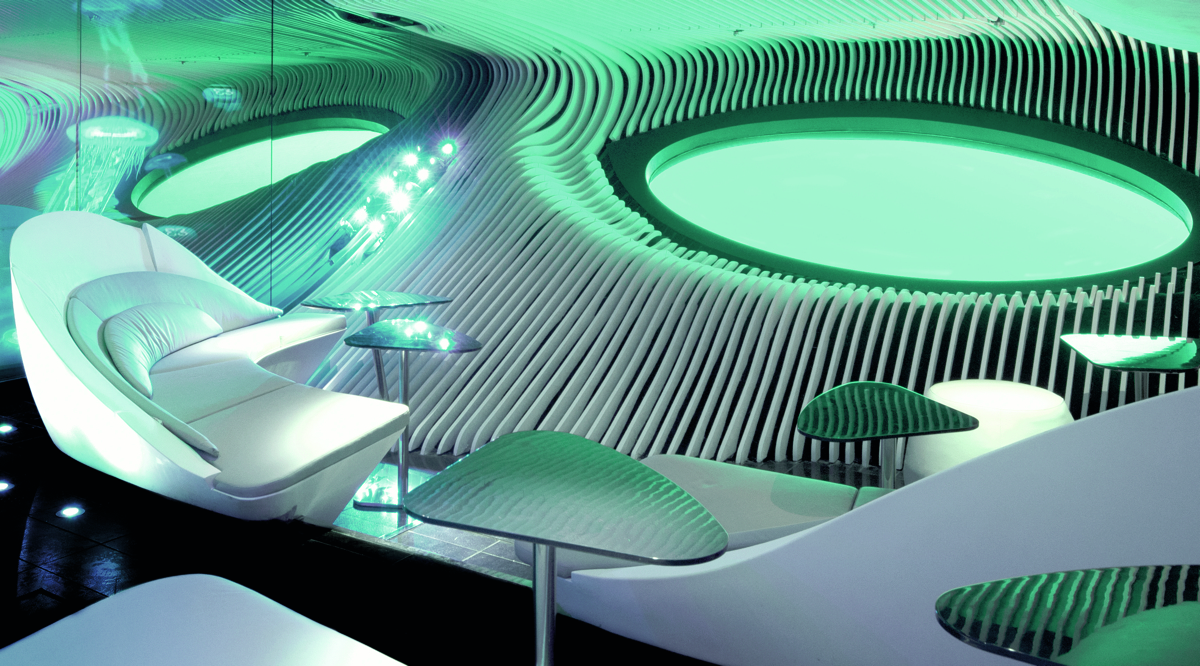 Sailing with Ponant is an internationally rich experience. “We are the only French-run cruise line with international guests,” Gatta said. “The people on board are from all over the world.” 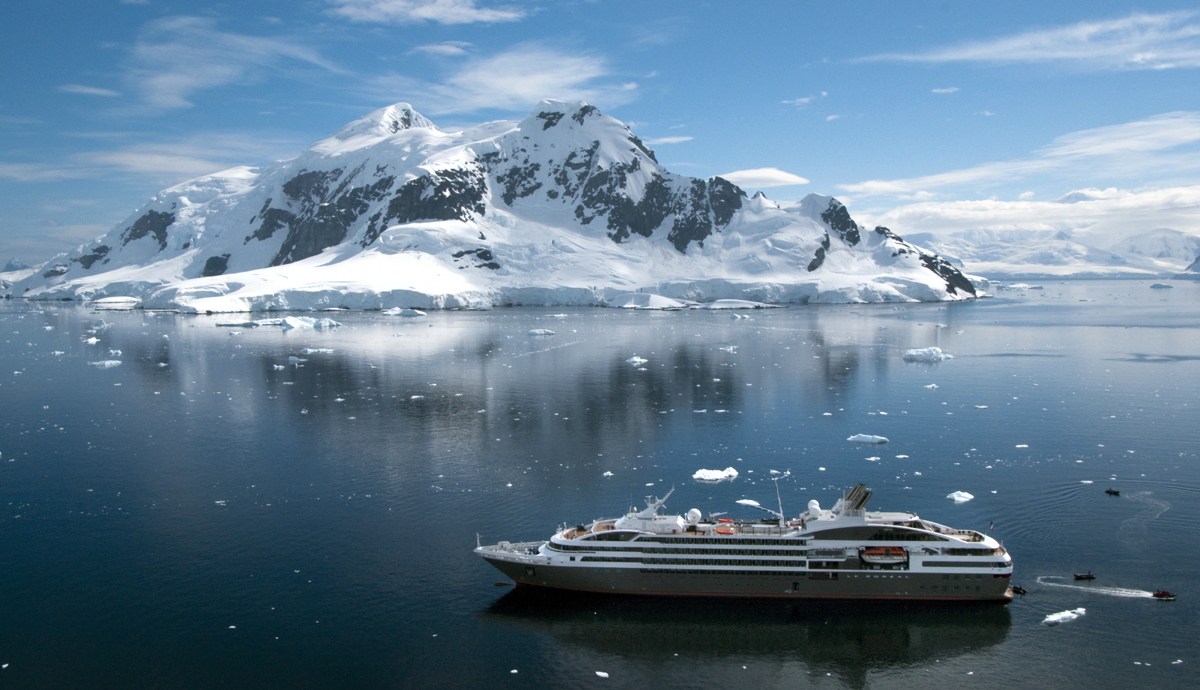 And while the French flag flies proudly on Ponant ships, the English language can be see and heard everywhere on board, from signage to the menus to the words spoken by crewmembers.

“Do not think it’s a French brand where everything is French on board,” Jansen said. “It’s French and English. We have guests from Asia to Australia. It’s a very friendly atmosphere.”

True to all-inclusive fashion, the Wi-Fi on board is free (and reportedly very reliable).

“I put it to the test in Antarctica this year and it worked really well,” Gatta said. “I Facetimed with my husband.”

The menus on board Ponant’s ships are French-inspired, but focus on international cuisine, Gatta noted.

Ponant cruises are “luxe, à la France,” Gatt said. “The French art of enjoying the simple things in life. Things are done in a way that are so elegant.”

The on-board amenities are a reflection of that notion, from spa therapies by Sothys, treats by Ladurée, beauty products by Hermès and menus curated by Ducasse Conseil, the Alain Ducasse Enterprise expert consulting arm. 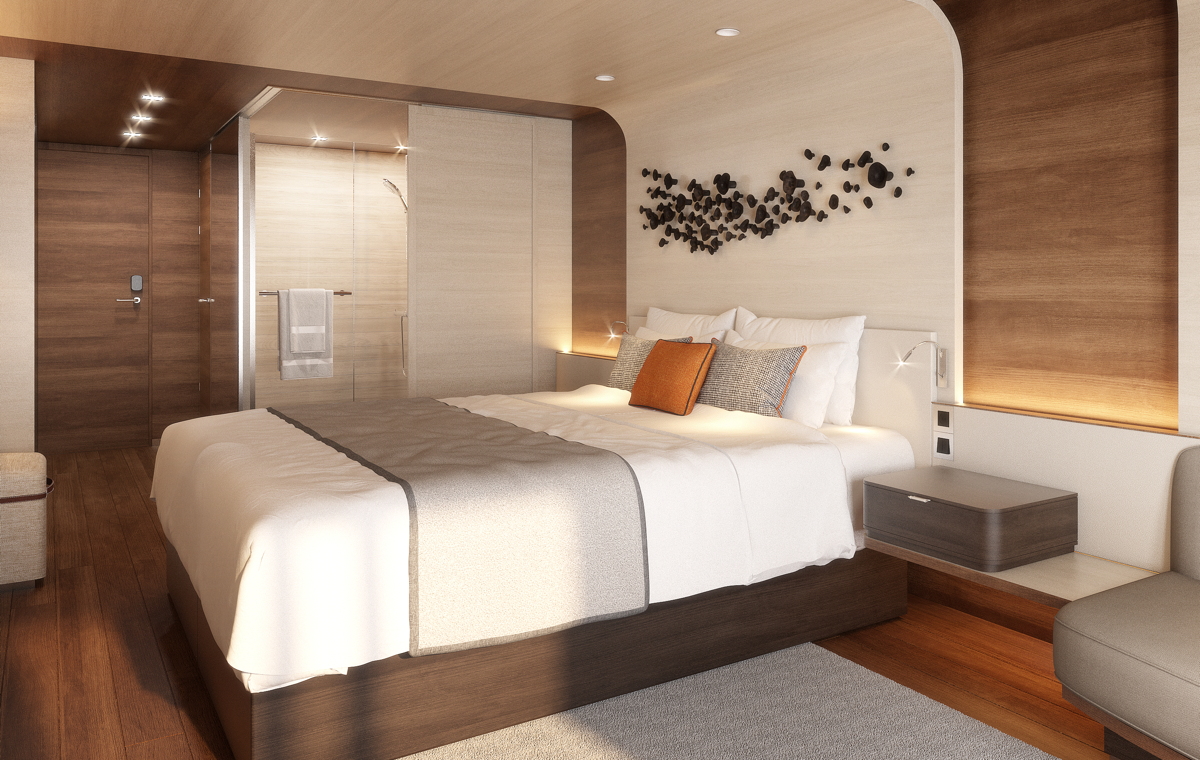 That’s not to say a Ponant cruise is formal and stuffy, however.

One of the biggest misconceptions about Ponant cruises – amongst travel advisors in particular, Jansen said – is that guests must wear a tuxedo or ballroom gown every night.

“Ponant is elegant, but it isn’t posh,” Jansen said. “We have guests who say: ‘I’ve spent my entire life working in a suit and tie. I’m on holiday now.’ We want to give the freedom. If you want to dress up, you can. But if you don’t want to, you won’t stand out.”

Investing in a sustainable future

Sustainability and care for the environment continue to be a key focus for the company.

Ponant ships, notably, do not use plastic on board (refillable water bottles are provided), and since January 2019, the vessels only use “MDO”– marine diesel oil.

“It’s much more expensive, but much less polluting than most cruise ships, which use HFO – heavy fuel oil,”  said Jansen. 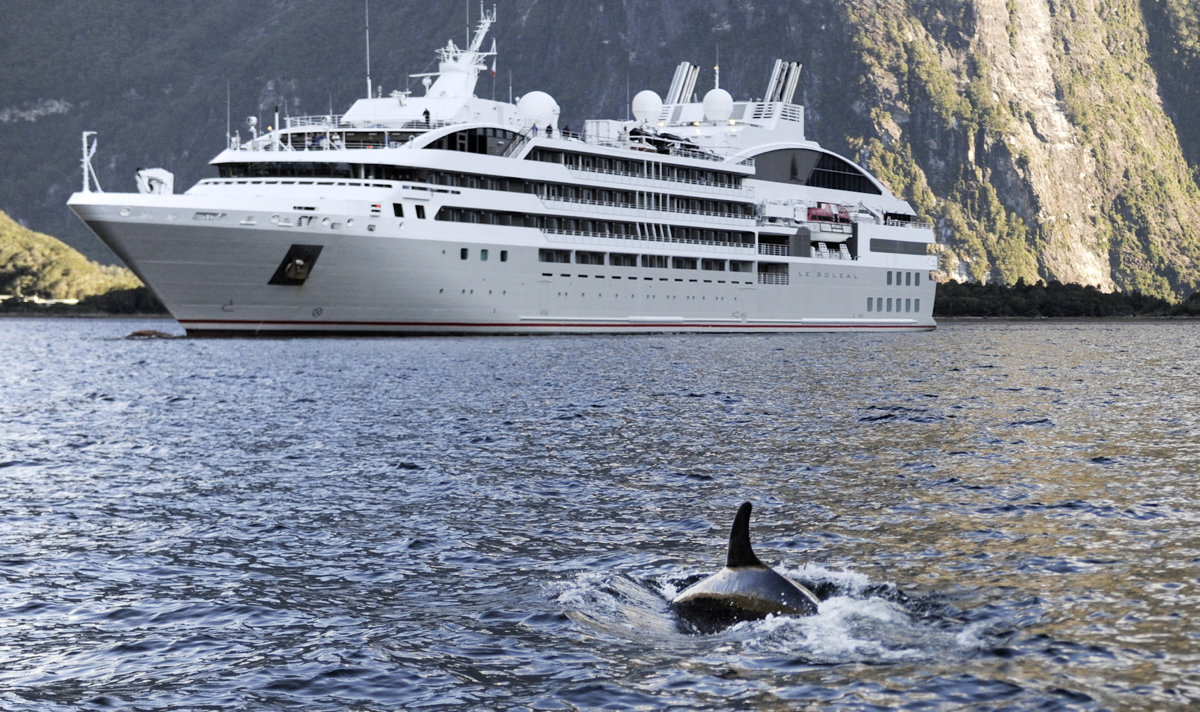 The new vessels will be added to Ponant’s fleet of existing sisterships, which are designed to plunge through icy waters and explore areas off-limits to many other vessels. These ships include Le Boréal, L’Austral, Le Soléal and Le Lyrial.

The company will also beef up its presence in the South Pacific as its plans to acquire Paul Gauguin Cruises solidify, which will expand Ponant’s offerings to exotic ports in French Polynesia and the South Pacific. 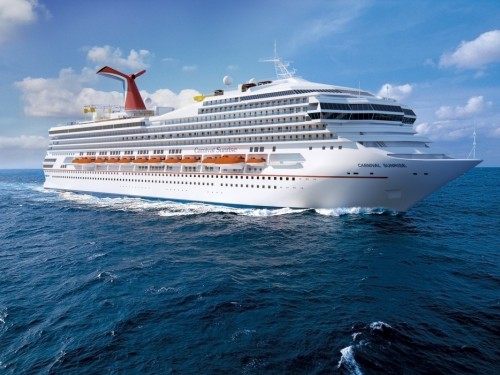 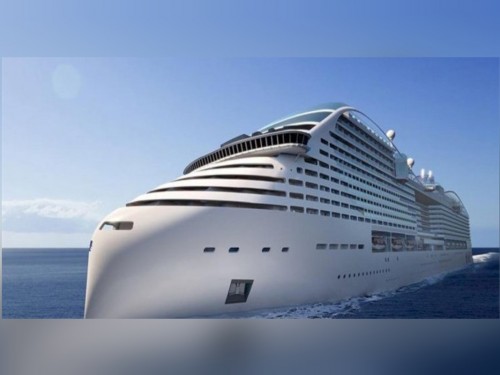 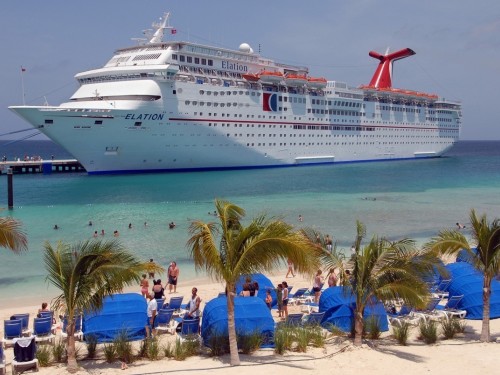 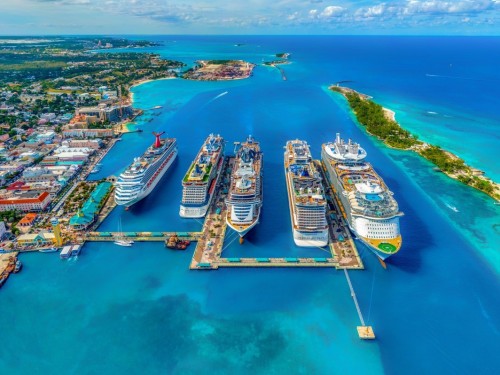 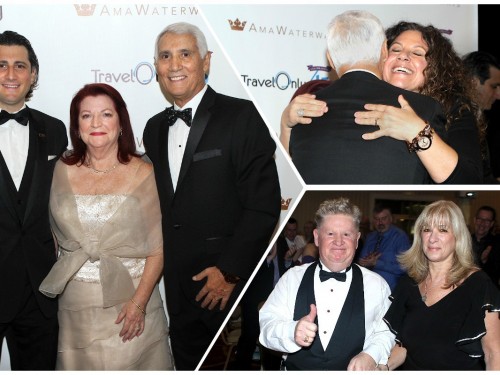