Celebrity Cruises introduced its new ship, Celebrity Beyond, to the world at a virtual event on Wednesday (April 28), showcasing the third ship in its "new luxury" Edge Series.

Beyond will sail its maiden voyage just less than one year from now, on April 27, 2022, from Southampton, and will call at Bordeaux, Lisbon, Seville, Mallorca and Barcelona.

Celebrity has also announced that actress Gwyneth Paltrow, who is chief executive and founder of health brand goop, will be its new “wellbeing advisor.” 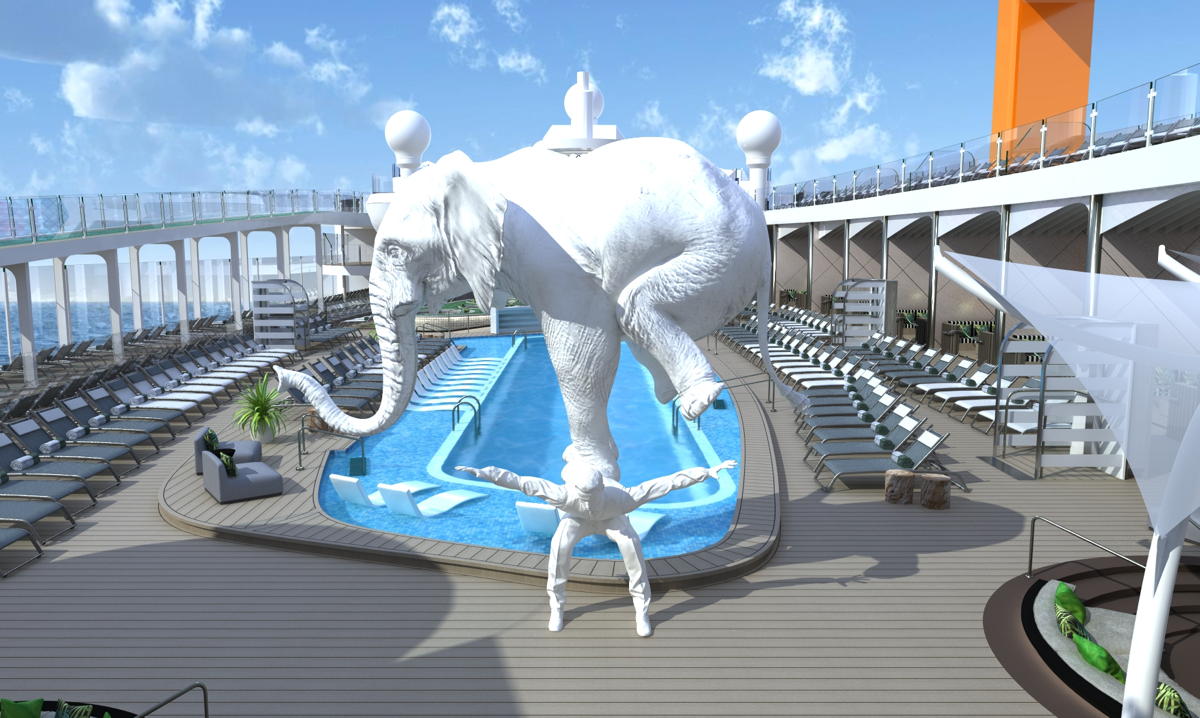 The company said its new ship is about “creating a new world of wonder and luxury.”

“It really is beyond anything that I think anyone is going to expect,” Celebrity Cruises President and CEO Lisa Lutoff-Perlo said at Wednesday’s event. “We’re going to use that pun a lot, but it’s so appropriate.”

Celebrity Beyond will stand out in different ways from sister ships Celebrity Edge, launched in 2018, and Celebrity Apex, which will begin sailing in Greece this summer.

Size is a key differentiator: Beyond will be both longer and taller than its predecessors and many spaces have been redesigned. It also will include 179 more cabins. 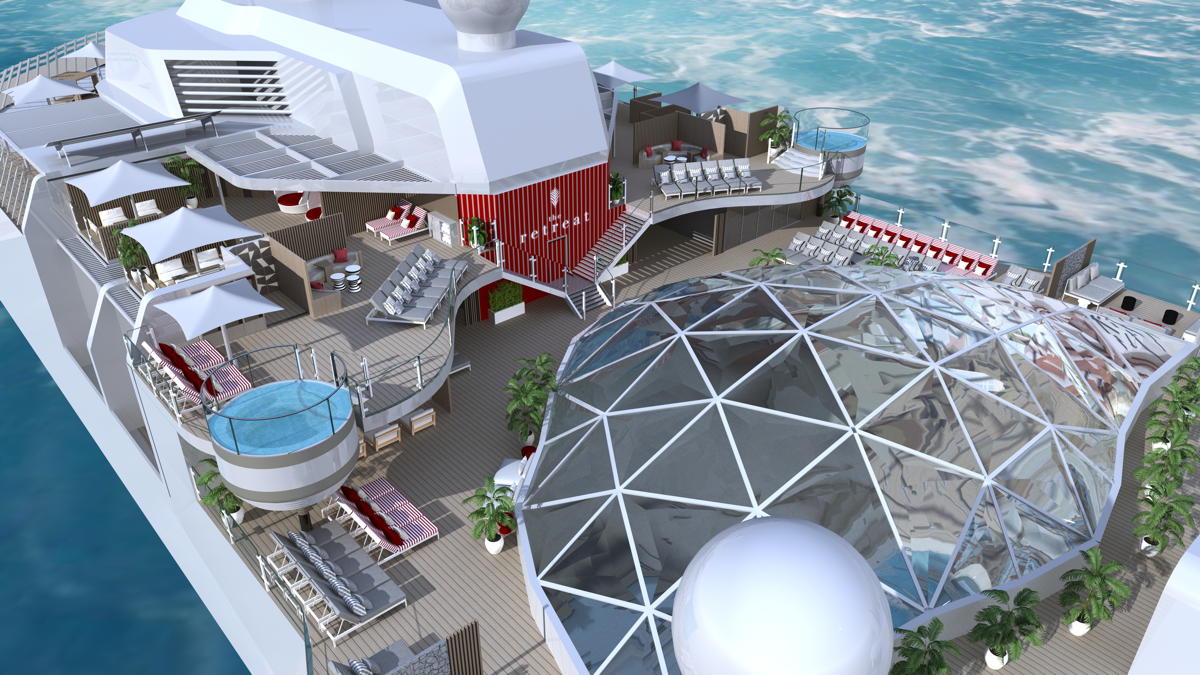 Architect Tom Wright said his design both lengthens the ship by 20 meters and raises the ship to 17 decks tall, allowing for reimaginations of The Retreat, the Resort Deck, and the Rooftop Garden – outdoor spaces increasingly important to today's traveler.

The main open deck is now 40 per cent larger than on previous Edge Series ships. 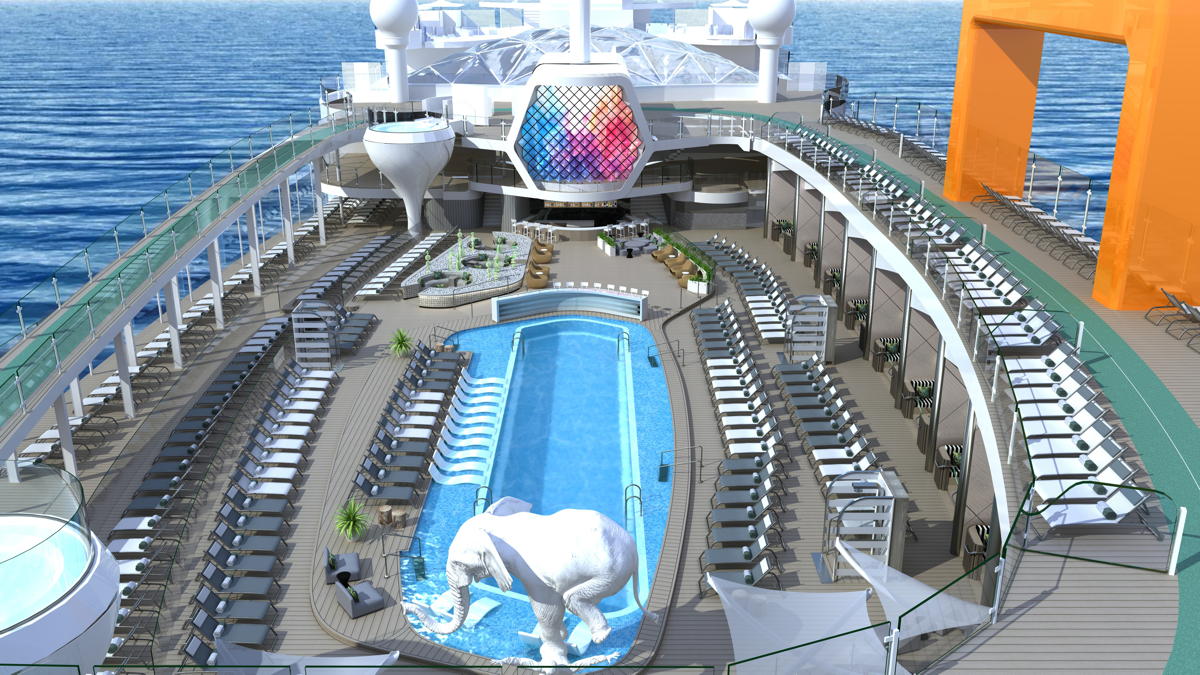 Beyond will also feature 30 distinct restaurants, bars and lounges, including a redesigned, multi-level Sunset Bar plus Le Voyage from Chef Boulud (his first ever restaurant at sea!).

Nate Berkus lent his talents to designing the Sunset Bar, which is twice as large as previous versions.

The Moroccan-inspired escape, with conversation niches and covered enclaves, is reminiscent of a “modern-day Casablanca and sure to be one of the hottest spots at sea.” 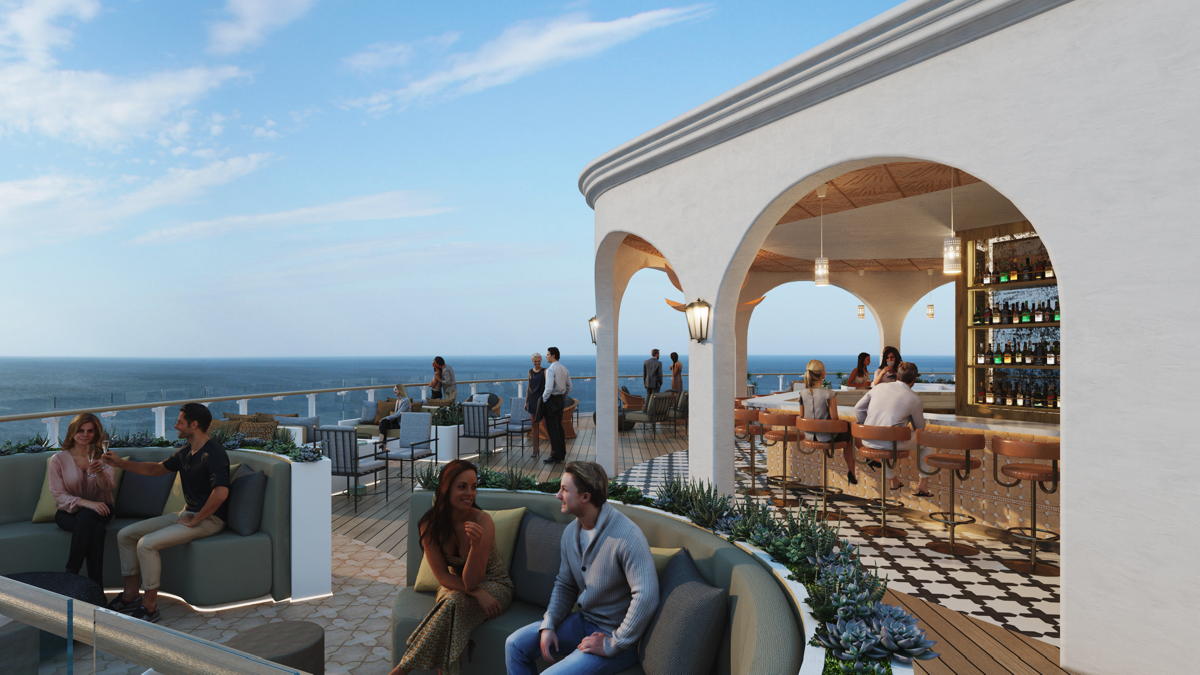 The Retreat, Celebrity’s own resort-within-a-resort, will feature reimagined, Kelly Hoppen-designed accommodations, the private restaurant Luminae, and exclusive lounge and sundeck, and a dedicated team of butlers, attendants and concierges on-hand 24/7

Transformed accommodations are also coming, including modern two-story villas with private plunge pools to staterooms with infinite verandas that blur the boundaries between indoor and outdoor living. 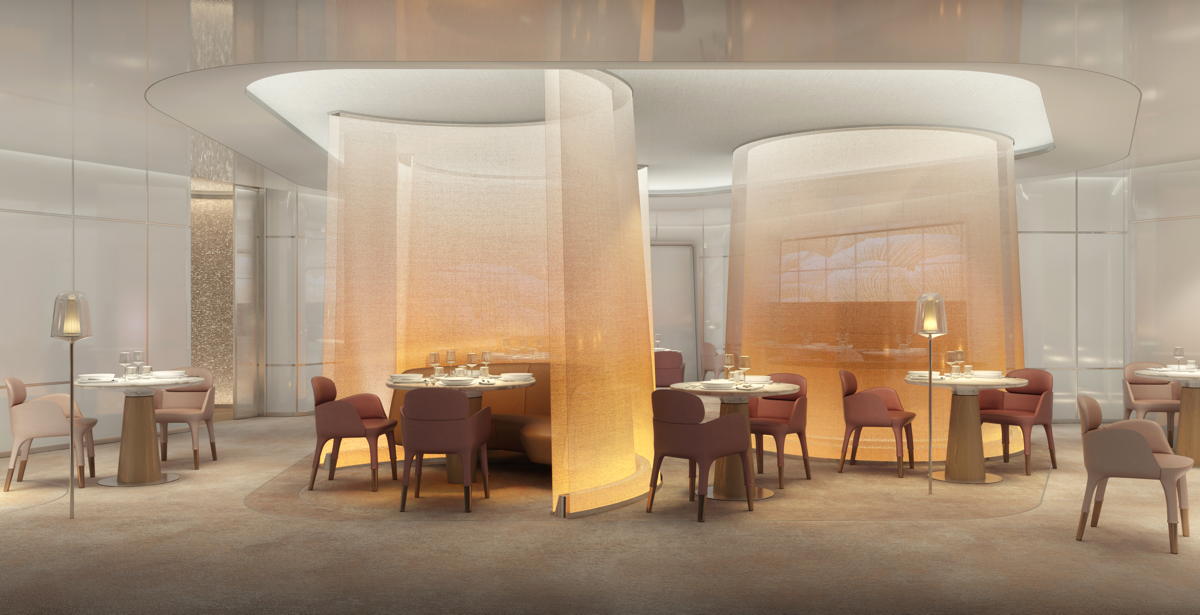 All guests in Celebrity’s popular AquaClass category – and across the entire Celebrity fleet (excluding Galapagos sailings) – will be treated to onboard wellness offerings, including fitness kits from Paltrow’s lifestyle brand, goop.

The Grand Plaza, spanning three decks, has been redesigned and Celebrity’s game-changing Magic Carpet, an engineering feat soaring cantilevered above the sea, will return. 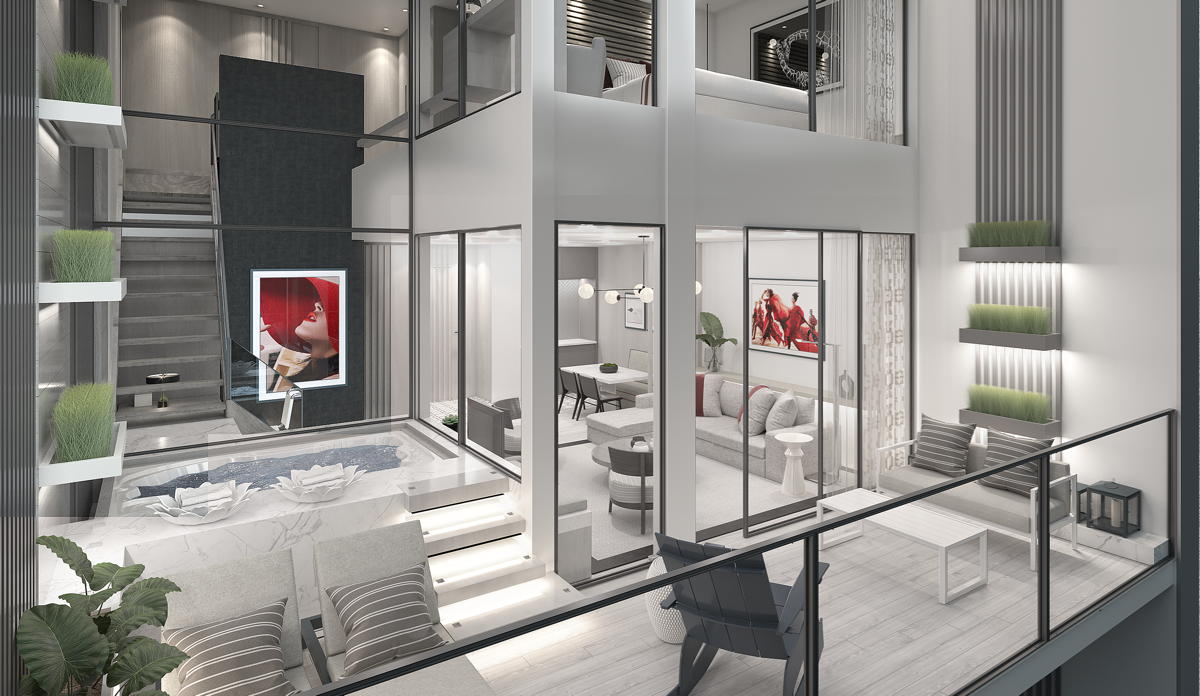 "Celebrity Cruises has always been an innovator at sea, and now we have challenged the status quo with a vessel that goes beyond expectations, beyond imagination," said Lutoff-Perlo. "Celebrity Beyond shatters any and every preconceived notion of the cruising experience. This exquisite ship offers a journey at the intersection of elegance and approachability filled with what's important to our guests today: forward-thinking design, culinary excellence, unparalleled well-being and incomparable service." 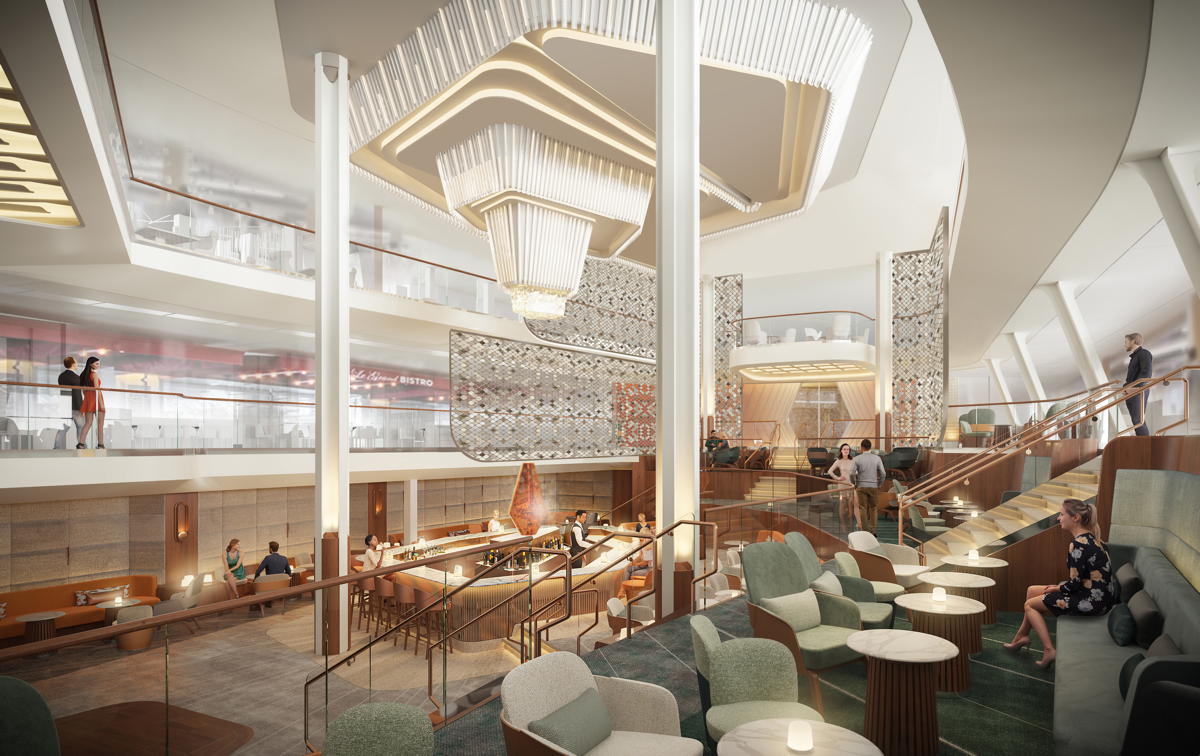 Richard Fain, chairman of Royal Caribbean Group, parent company of Celebrity Cruises, added: "With Celebrity Beyond, we saw an opportunity to take the extraordinary features of Celebrity Edge - like the focus on the connection with the ocean and the grand spaces - and really amplify them.”

"We focused on providing more openness, height and spaciousness throughout the ship's most popular spaces. The end result is a next generation ship that embodies the intersection of architecture and design." 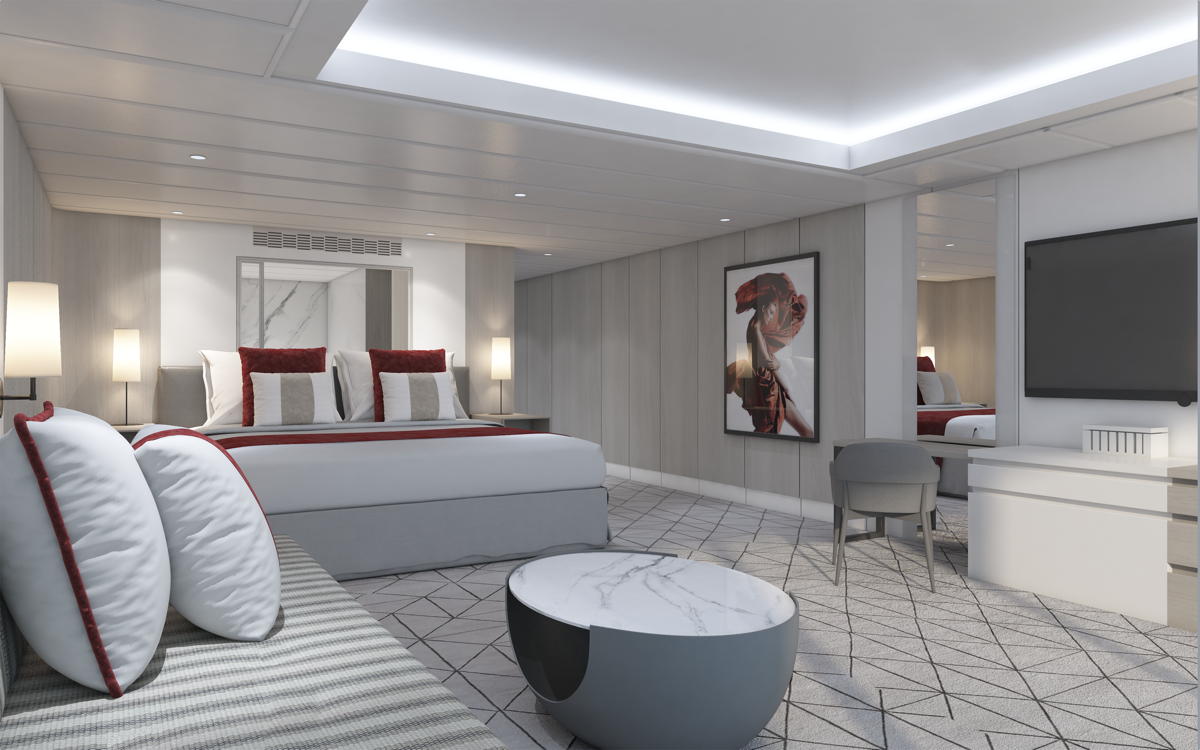 She will then offer a variety of Mediterranean journeys including nine-night Italian Riviera and France itineraries and 10-night Greek Isles itineraries through early October, when she then heads to the Caribbean.

For more information on all of Celebrity Beyond's inaugural 2022-2023 sailings, click here.