One would have thought that the ban on large cruise ships from the Venice lagoon would upset the cruise industry...

Instead, the Cruise Lines International Association (CLIA) welcomes the Italian government's decision to allow an alternative, long-awaited route for cruise ships to access the City of the Doges.

"For several years, the CLIA and its members have supported the government's ambition to identify a long-awaited alternative sea route to serve Venice.  This decision finally identified this alternative route and port," the Association said in a statement.

CLIA recalls that over the years, the cruise industry has cooperated constructively with national and local authorities as they sought a lasting solution to this complex and long-standing challenge.

"We are pleased that the Italian government has taken this decision on an alternative path, as the cruise industry has been supporting a new approach for many years," comments Francesco Galietti, National Director of CLIA Italy.

"The government's decision to appoint a special commissioner to accelerate the process is also a positive development. We now expect progress to be made towards the implementation of further berthing arrangements in time for the 2022 season."

CLIA emphasizes that the cruise industry makes an important contribution to national economies. In Italy alone, it generates a turnover of 14 billion euros each year, supporting more than 120,000 jobs (direct and indirect). 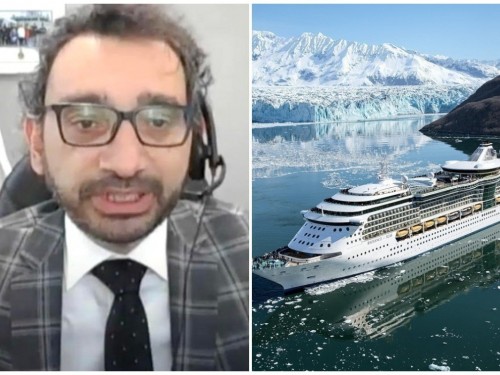 Air France prepares for arrival of Airbus A220