In a release issued by the Travel Leaders Network on Monday (Nov. 7), company President Roger Block called it a “breakthrough move.”

“We are thrilled that NCL is recognizing the important role travel advisors play in the success of their business and we are prepared to help our advisors take full advantage of this incredible opportunity,” Block stated.

In response to NCL's news, Travel Leaders Network is now providing its North American members with sample marketing tactics so that they can choose from a menu of options, selecting the ones that work best for them.

But not all cruise lines are created equally.

At a press conference on Saturday (Nov. 5) onboard the new Celebrity Beyond, where PAX is stationed this week, the leadership team at Celebrity Cruises and parent company Royal Caribbean Group revealed that they have no current plans to pay commission on non-commissionable fares.

“We believe what we’ve included in the commissionable fare is actually quite fair,” Jason Liberty, president and CEO of Royal Caribbean Group, told reporters.

“I’m sure they have their reasons, but we feel very good about what we do, what we offer and what we pay,” he said.

“For years, we’ve had always included, and now it’s all-included, and we pay commission – which most others do not – on gratuities, Wi-Fi and beverage,” Lutoff-Perlo told journalists. “We already offer travel partners an amazing rich commission proposition. So, we do not plan to go further than that.”

Lutoff-Perlo added: “What I have always hoped is that during that time we were doing that and are still [paying commission on always-included inclusions], is that [advisors] would all see the amazing value in that and why they should be selling Celebrity Cruises all day long.”

Liberty said he thinks the travel agency community “appreciates all that we have done in good times and bad times in support of them.” 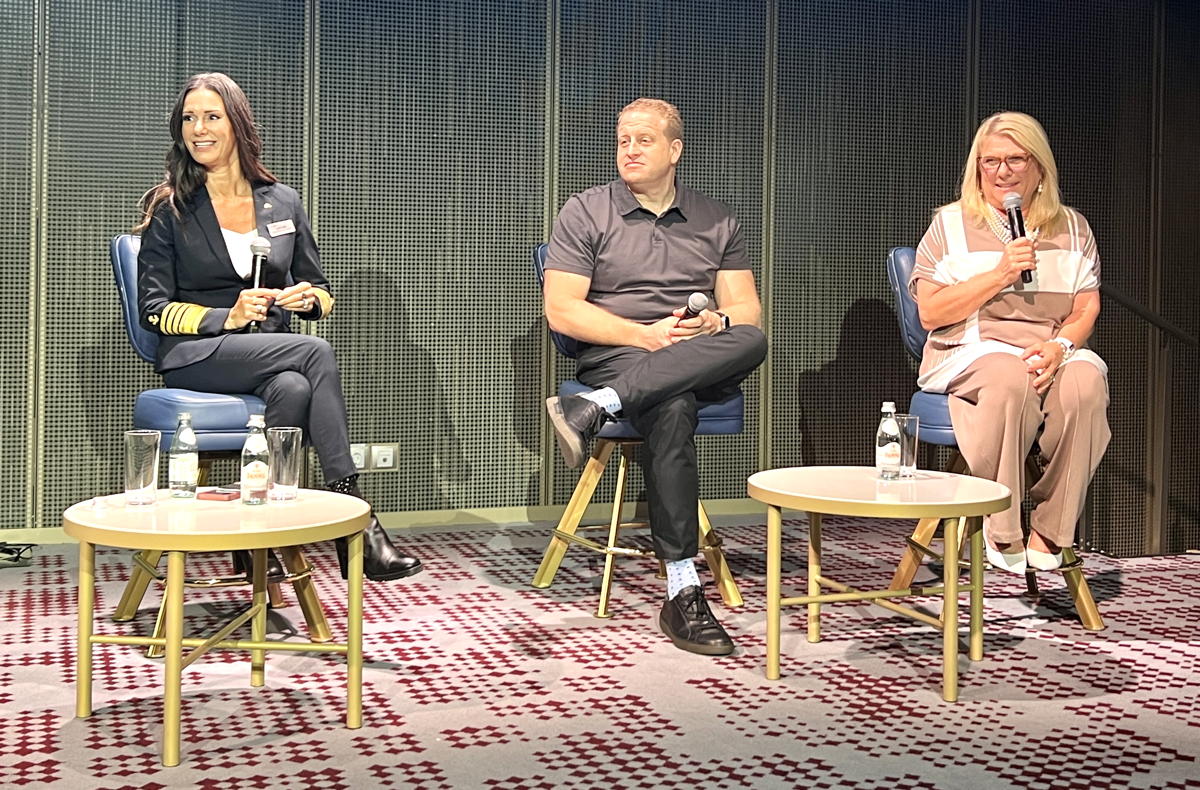 “We already have a very rich bundle that we pay on…we look at this as a partnership and an ecosystem that is very connected to each other,” Liberty said.

Last week, NCL became the first major cruise line to announce compensation for travel advisors on NCFs for reservations booked outside of a 120-day window.

The payment of NCFs will apply on sailings departing May 1, 2023 and forward, the NCL said.

Travel advisors, however, will not automatically receive commissions on NCFs. To qualify, they must submit a marketing plan through Norwegian Central by Dec. 31, 2022.

Since the formation of its "Partners First" philosophy, NCL has been providing agents with more tools, promotions and marketing assets to help them grow businesses.

"Our Partners First philosophy remains top of mind, and our decision to pay commission on NCFs is further proof of our commitment to this community," said NCL President and CEO Harry Sommer, in a statement last week. "We want our partners to thrive; we want to see their businesses grow all around the world."